Johnny (played by Richard Hawley) has felt uneasy ever since his friend and former gangster Scott (Tom Roberts) first step foot on Coronation Street earlier this year. It was recently revealed the latter had spent time in jail for a botched job the pair were involved years before which saw one man killed. After clearing the air between them, the newcomer decided to stay quiet and keep the landlord’s secret from his wife, Jenny Connor (Sally Ann Matthews). However, as the mysterious character gets a flair for danger in next week’s episodes of the ITV soap, could the father-of-three find himself dead as things go horribly wrong?

How is Boris Johnson handling the coronavirus crisis? Vote in our poll

The drama kicks off when Scott reveals he’s going to be sticking around a bit longer as villain Ray Crosby (Mark Frost) has offered him a job working on some property.

Still unsettled with a man from his past holding a dark secret over his head, Johnny gets to work sabotaging his friend’s plans.

Having a word in Ray’s ear, the Rovers Return landlord tells the ruthless businessman he ought to keep an eye on the newcomer as he has a prison record.

Not knowing his old friend has told his employer he is not to be trusted, the mysterious character explains to Jenny’s husband he is planning a scheme against his boss.

Asking the pub owner for his support, the shady figure from Johnny’s past is shocked when the landlord says he doesn’t want to get mixed up in any more criminal activity. 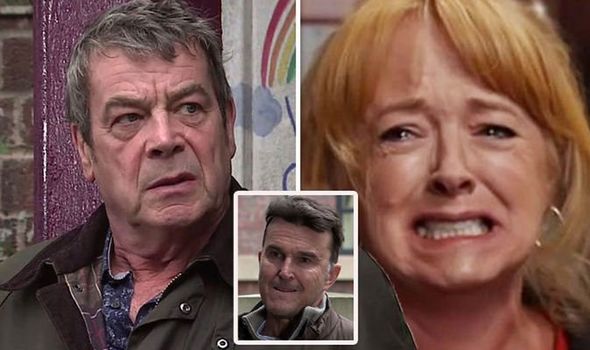 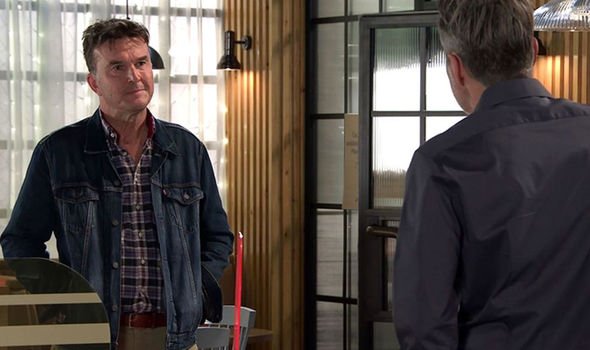 However, the betrayal doesn’t stop there as Scott is told by Ray he is no longer needed for the job he was promised.

The businessman doesn’t help matters as he tells the mysterious character it was Johnny who tipped him off and told him not to trust his new employee.

Raging with anger, the newcomer decides to confront his supposed friend about why he told the Weatherfield villain about his past.

Having served jail time and now lost a job because of the pub landlord, the menacing figure tells Jenny’s husband he has some making up to do. 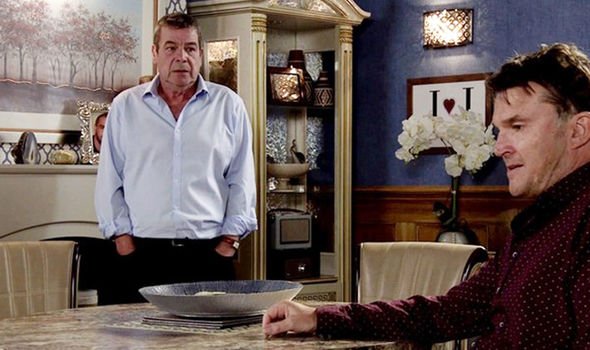 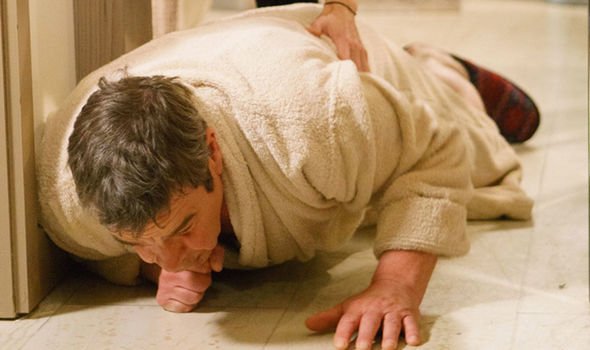 With a thirst for dipping his toe back into the criminal underworld, Scott orders Johnny to meet with him to talk through a new plan he is hatching.

The landlord tries to object, but his old friend tells him there are no excuses for pulling out of his scheme.

When the pair finally meet, the newcomer explains it will be the pub owner’s job to drive a getaway car as he deals with the rest of the job.

Blackmailing Jenny’s husband into going along with the plan, the mysterious character explains he will tell the landlady just what kind of a man she is married to.

Johnny tempts fate as he actively tries to avoid Scott following their meet-up and comes up with an excuse he’s at a brewery event so he doesn’t bump into him.

Though, his attempts to put up a facade are quickly unmasked by the newcomer as he puts on the pressure by threatening to tell Jenny everything about her husband’s murky past.

With no other choice than to comply with Scott’s orders, it looks likely the landlord will have to be a part of the criminal activity.

Even though he is the getaway driver, his life could still be in danger if his old friend plans on crossing the wrong people.

As the people who Scott stole from come looking for revenge, they could have Johnny in their sights as the man who wronged them.

With a bounty on his head, the pub landlord could end up dead as he suffers the ultimate consequence for getting mixed up with the newcomer again.

Jenny actress Sally, 50, recently teased her character was going to be involved in some night scenes after tweeting: “A night shoot. Oooo… #Corrie.”

Could it be Johnny’s wife is kidnapped as things take a horrific turn and he ends up losing his life to save her?