Nina (played by Mollie Gallagher) and Asha (Tanisha Gorey) had a whirlwind romance on Coronation Street, which came to an end a couple of weeks ago when the former realised she wanted different things from a relationship. This broke the schoolgirl’s heart as she finally felt content with Roy Cropper’s (David Neilson) niece after a brief romance with Corey Brent (Maximus Evans). However, next week’s episodes of the ITV soap will see both girls find themselves drawn into yet more love drama but who exactly does Nina have her eye on?

The drama kicks off when Corey invites Asha to hang out with him and having broken up with her ex-girlfriend, the schoolgirl tentatively agrees.

Things move very quickly as within hours, the youngster has told her friends she is seeing her ex-boyfriend again and Nina is not best pleased.

Roy’s niece watches from a distance as the young lovebirds enjoy their time together but to distract herself, the café assistant channels her inner eco-warrior.

In a bid to stop traffic pollution on the cobbles, Nina sets up tables and chairs in the middle of Victoria Street.

However, this leaves tradesman Seb Franklin (Harry Visinoni) extremely frustrated and he can’t get to work with the blockade in the way. 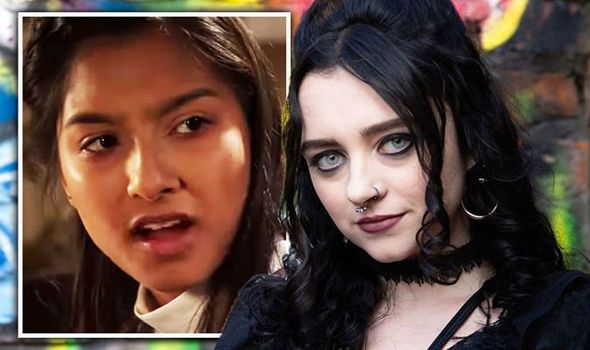 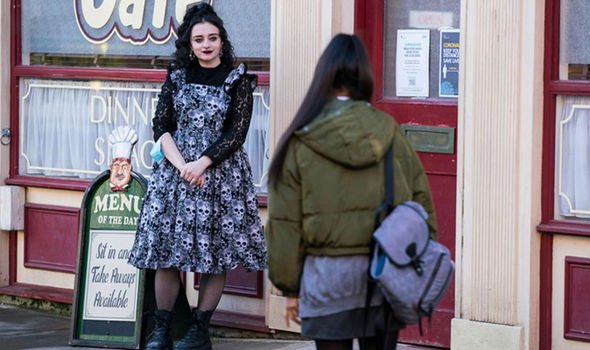 It’s not long before the young adults go head-to-head with one another and they try to stare each other out.

Roy, seeing this commotion, intervenes and orders his niece to move the tables and chairs back onto the pavement.

The day only goes from bad to worse as when Nina hears Asha has made things official with Corey, she tries to think of another way to distract herself.

Having been at loggerheads with him earlier in the day, the café assistant asks Seb if he would like to watch a film with her. 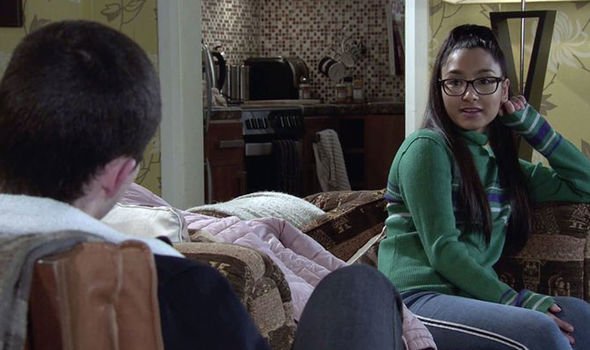 Though, it seems Asha is putting up a front as she feels heartache seeing her ex-girlfriend seemingly moving on with someone else.

When Corey then presents the teenager with a bouquet of flowers to show her he has changed, it only confirms that Asha feels nothing for him.

Things too escalate as back at No.7, the schoolboy wants to have sex with his girlfriend, who isn’t comfortable with the idea.

Luckily, her father Dev Alahan (Jimmi Harkishin) turns up in the nick of time and throws Corey out of his house. 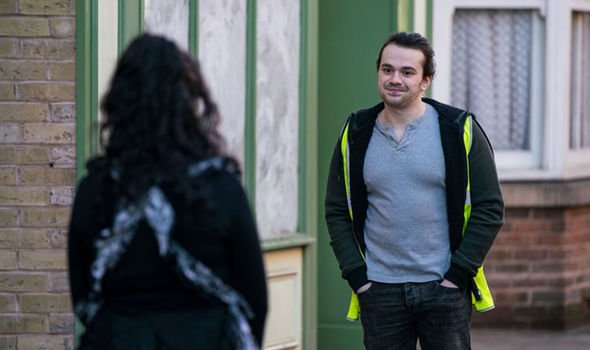 It’s up to the father-of-two to tell his daughter that Nina is seeing Seb and her heart falls to the pit of her stomach.

Asha puts on a brave face and says she’s fine but secretly, she could not be more disapproving of Nina’s new lover.

As the teenager’s pain continues, Seb tells his love interest he is going to get his hair cut as the guys he works with keep taking the mickey.

Telling him to stand by what he wants, the café assistant begins to see a whole new side to the tradesman, but is this the start of something more long-lasting between the pair?

Having had his hopes of dating Alina Pop (Ruxandra Porojnicu) taken away, Nina could be the person to make Seb believe in love again.

It seems viewers of the weeknight serial drama are divided over Nina’s new lover, as one wrote: “Are Asha and Nina going to get back together further down the line?”

Speaking with the press, including Express.co.uk, he explained: “It’ll turn into a story that kind of draws in Roy, and [Seb’s mother] Abi [Franklin] and [Seb’s step-father] Kevin [Webster].

“It just, sort of, becomes this sort of huge, really emotive community story with some of our favourite actors in the middle of it.”