Simon (played by Alex Bain), his mother Leanne Battersby (Jane Danson) and step-father Nick Tilsley (Ben Price) fled Coronation Street earlier this week as they went into hiding after bringing down a notorious drug gang. It is not yet known when or if they will ever return to Weatherfield as they fear being killed by drug lord Harvey’s (Will Mellor) criminal associates. However, the youngster could be forced to come back earlier than planned after Tuesday’s hour-long edition of the ITV soap hinted Peter (Chris Gascoyne) could be on his last legs.

With Simon gone, Adam Barlow (Scott Robertson) soon learnt Leanne and Nick had taken the youngster and they might never return.

Knowing how fragile her other half was, the savvy businesswoman told his family not to confess about what had happened to the teenager.

Instead, she wanted them all to focus on an appointment the alcoholic was going to attend about a possible liver transplant.

Unfortunately, after Carla was accused of having an affair, the truth about Simon came rising to the surface and Peter demanded answers. 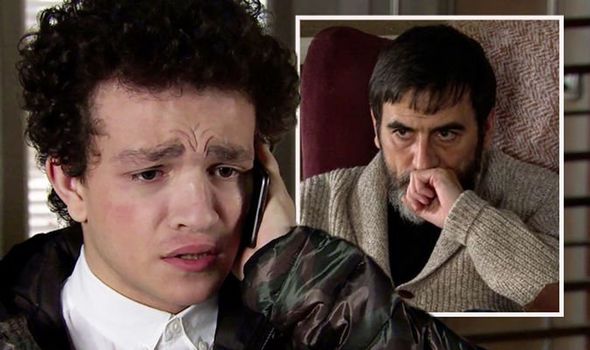 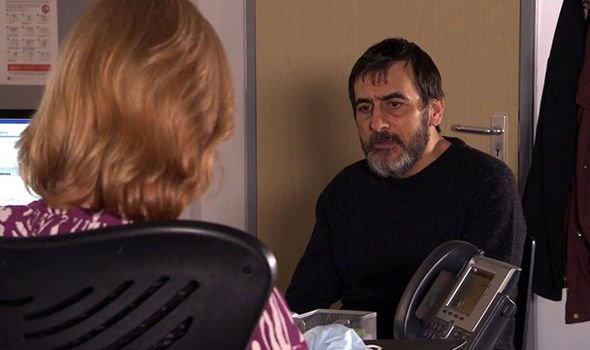 The revelation came as Carla explained to Daniel the reason she was being so secretive recently was that she was arranging her wedding to Peter.

“Does Simon know?” Daniel asked his brother, who replied: “No, not yet. I can’t get hold of him but he’ll be made up, I know that.”

Unable to harbour it from her partner anymore, the businesswoman declared: “Peter, there is something I need to tell you.

“I didn’t want to have to tell you today, here, but there is something you need to know about Simon,” she continued.

“He’s not on holiday. Darling, he’s had to go into hiding,” Carla explained to her confused partner and Simon’s father. 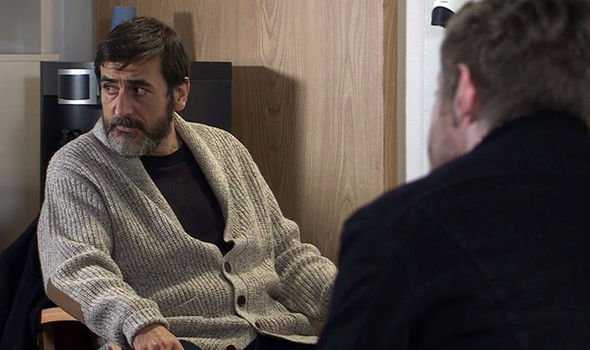 “How long have you known all this?” Peter asked, to which his other half replied she hadn’t known for long at all.

“Well, what kind of a dad does that make me? That you’re too scared to tell me that my son is trouble or has gone into hiding in case I drink myself to death,” the alcoholic exclaimed.

“I’ve let Simon down again,” the father-of-one remarked with Daniel telling him to “not be so hard” on himself.

“You’ve been ill,” he continued, with Carla adding: “You still are,” but Peter wasn’t having any of it. 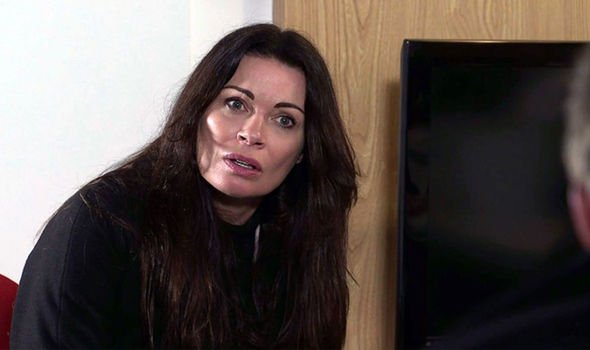 “I can’t keep using that as an excuse anymore,” he declared with his partner telling him it “wasn’t an excuse”, rather she told him it was a “reason”.

The alcoholic then stood to his feet and told his loved ones he needed to leave the appointment to go and find his son.

Carla explained he “couldn’t do anything” and Daniel reminded his brother he hadn’t had his tests to see if he was eligible for a transplant.

“I can’t stay here, Carla, if my son is in trouble,” Peter remarked, adding: “How can I think about my health when there might be people after my son?

“Is there a number I can call him on or something?” the alcoholic asked but Carla explained all forms of communication had been cut.

Daniel added that his brother just needed to “push Simon out” of his head for the next few days so he could enjoy his wedding.

Carla agreed and unveiled a chilling warning as she said: “You’re going to be no good to Simon if you’re dead from liver failure.”

By the end of the episode, Peter’s mind was still firmly on his son and his partner explained there could be a possibility the teenager would never return.

Closing the episode by hinting at his death, the soap stalwart said: “I hope it’s sooner rather than later [Simon returns].

This is the biggest hint to date Peter could be about to die as he believes he will never see Simon in person again.

Upcoming episodes will show the alcoholic’s health rapidly decline as he becomes more ill during his wedding ceremony.

Peter’s loved ones all urge him to seek medical help but his stubbornness could lead to his untimely demise.

Therefore, this would work as an opening for Simon to come out of hiding and pay his final respects to his father at the funeral.

Will the teenager be full of rage as he blames the drug gang for not letting him say a proper farewell to his dad?