James Bailey (played by Nathan Graham) arrived on the cobbles three years ago with the rest of the Bailey clan as Coronation Street’s first Black family. In recent scenes, James collapsed at a charity football game and was diagnosed with a heart condition and it’s been reported this storyline will lead to the character saying goodbye to Weatherfield.

A TV source said: “James will have to choose between his love of his footballing career and his health.

“His exit will see him leave behind Weatherfield for a new start away from the street.”

“James’ family are still on the cobbles and he will only be a train ride away so it may not be the last viewers have seen of him,” the source told The Sun.

James will reevaluate his life and his career after his recent health scare before making a huge decision about his future. 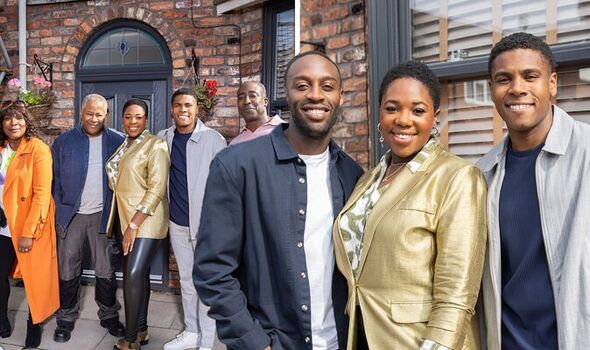 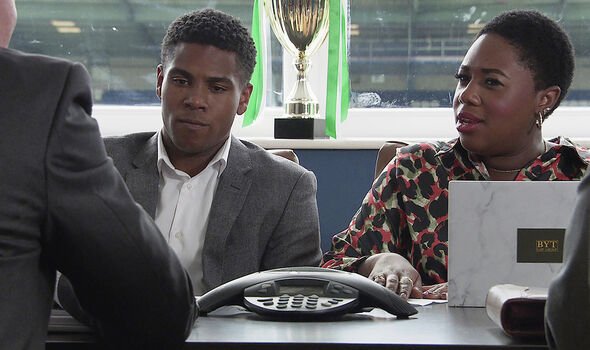 Express.co.uk contacted Coronation Street for comment on the departure.

In next week’s episodes, James confides in his mother Aggie Bailey (Lorna Laidlaw) that he’ll never be the player he once was.

The Baileys are thrilled when Dee-Dee (Channique Sterling-Brown) returns home and offers to help James with his career woes.

The solicitor isn’t impressed with her brother’s payout offer from County and schedules a meeting. 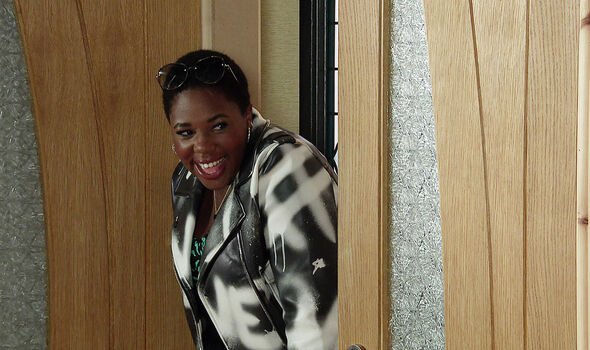 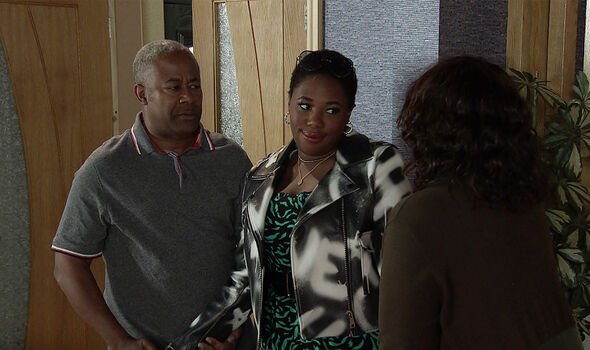 Can she help her brother get enough money to start a new life elsewhere?

Speaking to Express.co.uk and other press, Dee-Dee star Channique opened up on what fans can expect from the new arrival.

“Dee Dee is gonna be a lot of fun,” she revealed. “A lot of chaos but in a good way.

“She makes a friend in Alya which has been great. You know, they’re delving into Stu’s case and seeing if he can be exonerated.

“I think that’s gonna be really exciting for us because it’s such a big storyline and gripping and it’s two young women [playing] detective, I think it’s really brilliant and I am excited to see where it goes.”

The Coronation Street star went on to admit she’s similar to the Bailey family member.

Channique continued: “She’s a bit of me. Organised chaos is how I would describe her. She’s a great lawyer. She knows what she’s doing.

“I relate to her because I think we are quite similar in that I’m really friendly.”

“I’m really chatty while I’m in the zone when I’m working hard,” she added.

“Also, just like even the fact she’s a lawyer like I was originally not going to go to drama school and I was going to train in law, and I got a place at a law school and everything.

“[At the] last minute, I pulled out and decided to pursue drama school and they said to me, come back to us when you’ve worked the acting out of your system.”

Coronation Street airs on ITV on Monday, Wednesday and Friday at 8pm.