Coronation Street: Frank has a go at Dylan

Frank (played by Simon O’Brien) made his grand entrance on Coronation Street a couple of months ago as new a boyfriend for stalwart, Sean (Antony Cotton). The duo seemed to be a match made in heaven until Frank began to show his true colours. Not only did he used to bully George Shuttleworth (Tony Maudsley) at school, but Frank even shouted at Sean’s son and newcomer Dylan Wilson (Liam McCheyne) when he made his return to the ITV soap.

In previous scenes, viewers watched Sean dump Frank after he was verbally abusive to Dylan after his football match.

Luckily for Dylan, Sean witnessed the entire thing and didn’t hold back when ending their brief romance.

“You’re a gay man, and you’re telling my son he should man up and encouraging him to hurt other kids whilst not playing the victim?” Sean fumed.

“After everything that people like you and me have had to go through?” 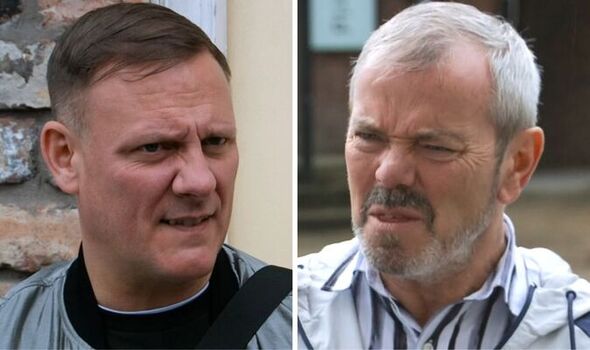 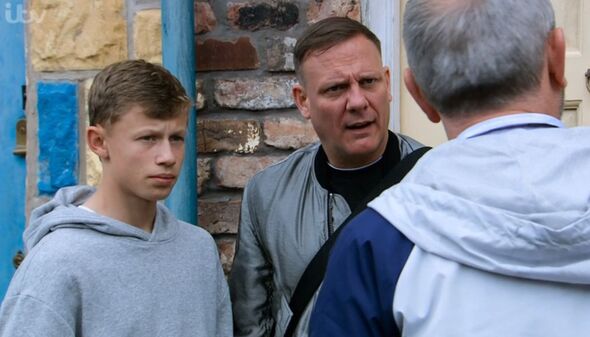 “Oh, cry me a river,” Frank hit back before adding: “We know better than most how tough it is out there.

“I am preparing him for the real world, not wrapping him up in cotton wool.”

Sean fired back: “I heard what you said to him, you said if he was your son, you’d be ashamed of him.”

Despite Frank trying to backtrack on his comment, Sean was having none of it. 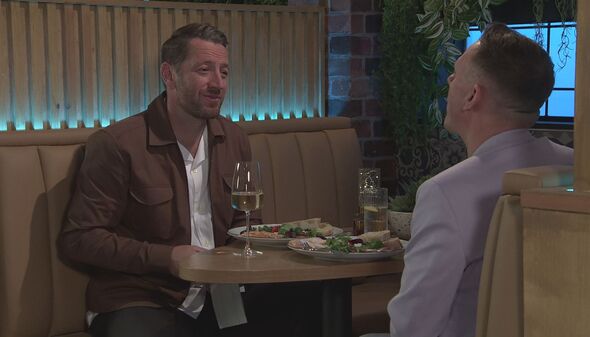 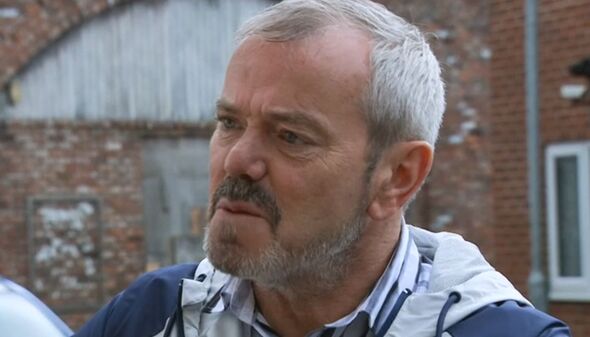 “Let’s put this behind us, I am famished,” Frank said before Sean raged: “Are you kidding me?”

“Years and years I’ve had to listen to this. Do you think I’m gonna let you be subjected to it on your own doorstep?”

“You’re finishing with me?” he asked before adding: “I’ll disappear when I get my trainers and that moisturiser of mine you’re always borrowing.”

Later on, George and Dylan tried to console Sean over his breakup.

Despite being unlucky in love, there is hope for Sean, as revealed in official soap spoilers.

In scenes set to air next week, at No.11, Eileen (Sue Cleaver) guesses Sean is pining for newcomer Laurence (Robert Shaw Cameron), the handsome dentist he met at the wake overseen by Glenda Shuttleworth (Jodie Prenger).

Afterwards, Glenda vows to hunt him down on Sean’s behalf.

George is surprised to find Laurence hanging about outside the undertakers, which is when he puts a plan in motion to bag Sean a date.

Glenda is thrilled, while Dylan reckons he can’t be any worse than Frank.

As Laurence waits in the bistro, Sean declares to Eileen, Mary and Glenda that he’s putting Dylan first by swearing off men.

Dylan orders his dad to meet Laurence, and over drinks in the bistro, Sean and Laurence get on famously.

With a new romance on the cards, could Frank end up coming back in a bid to get revenge on Sean?

Viewers already know that Frank is a bully, but could the villain turn to killing if his jealous streak gets the better of him?