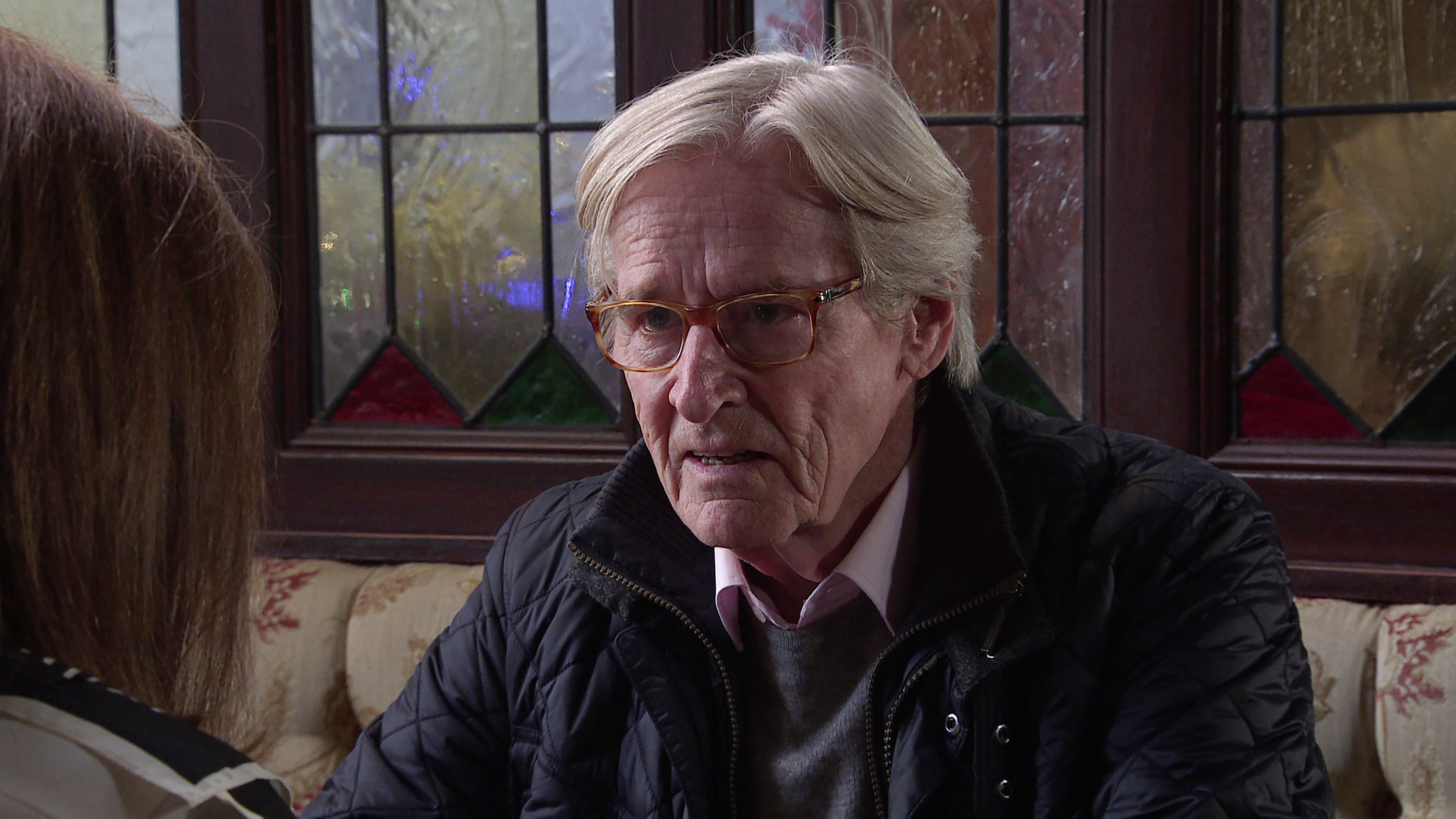 Ken Barlow (William Roache) gets a tempting offer in upcoming Coronation Street episodes when Martha Frazer (Stephanie Beacham) offers him the chance to leave Weatherfield forever and move to Hull with her.

It’s an offer that Ken’s had before, of course, when a passionate affair with Martha in 2009 led to him almost leaving Coronation Street and his beloved Deirdre (Anne Kirkbride).

That time, he chose Deirdre. But with the chance of living his dreams among the actors, writers and intellectual elite of Hull (and beyond) once again placed before him, will he be able to resist a second time? Or will he decide to opt for the comfort and security of a life in Weatherfield with Wendy Crozier (Roberta Kerr)?

William says Ken is ‘very flattered and very surprised’ when Martha asks him to come with her. ‘First of all he’s absolutely surprised because it’s a repetition of before when she asked him to come away on the barge and go to London,’ William Roache says. ‘To have Martha again offer him that lifestyle is beyond his dreams so he’s obviously very interested and it hits him deeply.

‘The writers have been very clever here because you can see both sides,’ he says. ‘It opens up that whole dichotomy for Ken of these two lifestyles, the one he currently has which is good and the one he dreams about.

‘Ken’s dreams are still there and they’re offered to him again, they don’t go away with age, so it’s a big decision to make. The only difference is Deirdre isn’t there and he’s moved on in years.’

Ken’s decision will have a big impact on William too, as the actor – who has been in Coronation Street since its first ever episode in 1960 – points out.

‘In the past there was Deirdre on the scene and she was the big pull to Weatherfield, but now he’s free and it’s just a choice between Wendy and Martha. He doesn’t know what to do and quite honestly neither do I. If he goes with Martha I’ll leave the Street and that would be a pretty big upheaval now!’

What will Ken decide?