The maths whizz always looks glam on Countdown as she dishes out the letters and numbers. 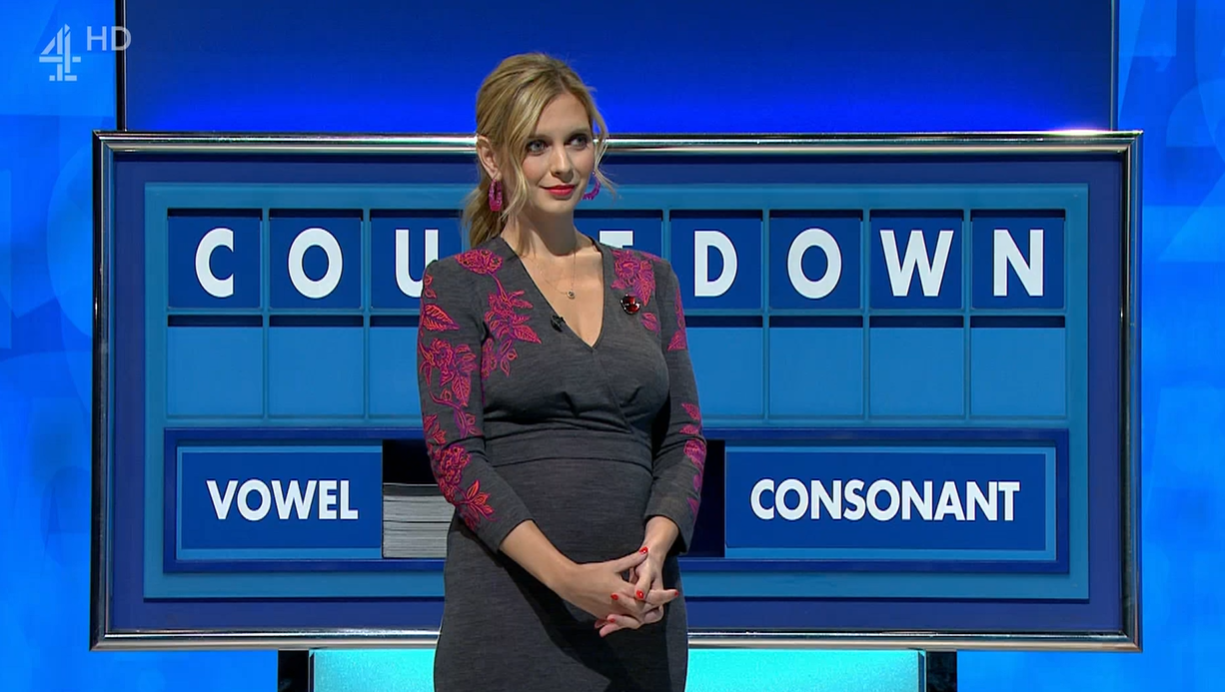 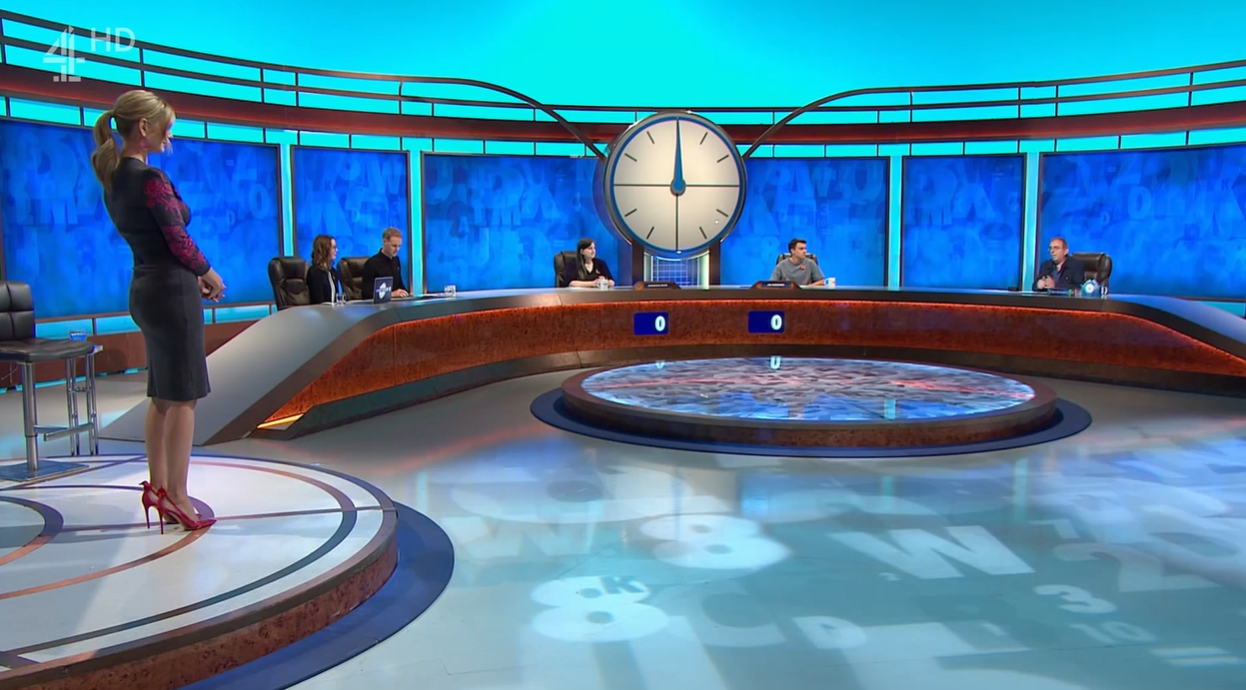 Today's show was no exception, with Rachel opting for a figure hugging grey dress.

The garment featured pink embroidered flowers on the arms, shoulders and coming down onto her bust.

Meanwhile it also had a wrap over neckline which allowed Rachel to show off a pretty necklace.

She completed her look with pink hoop earrings and high heels, both of which toned with the flowers on the dress. 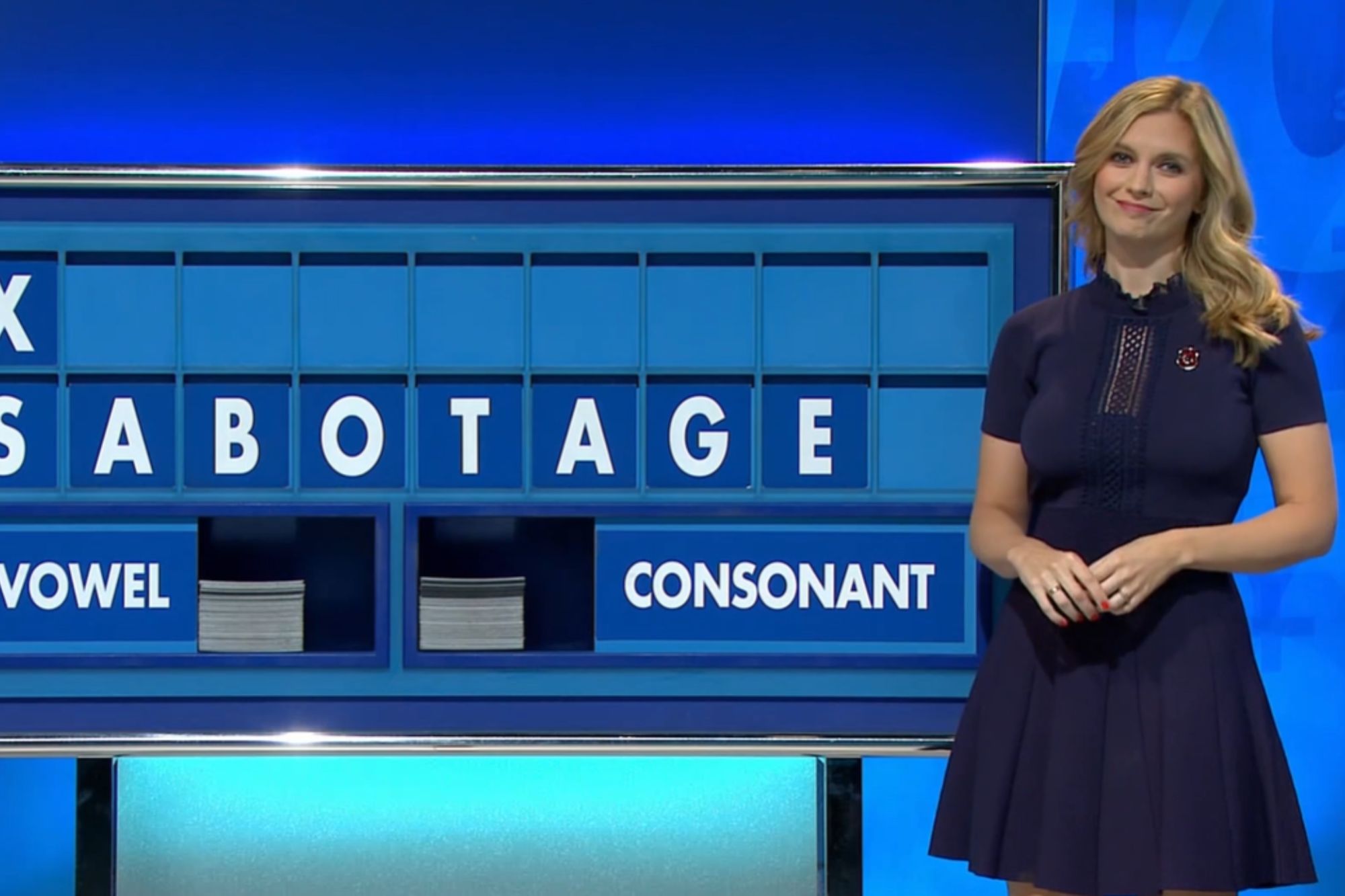 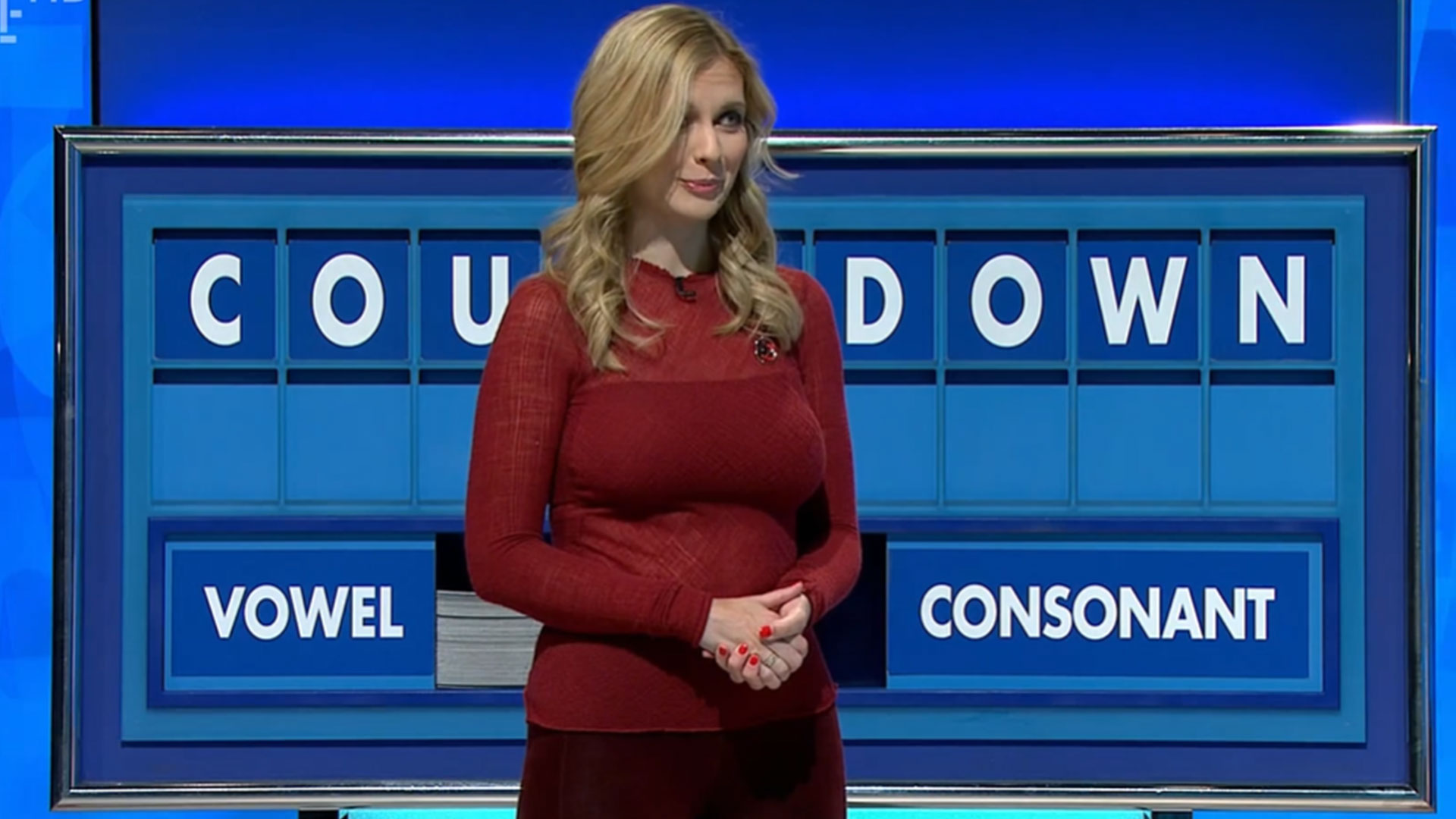 Rachel has been knocking her outfits out of the park this week as well as nailing the numbers rounds.

On Monday, Rachel showed off her toned legs in a navy mini dress.

Sharing a screenshot of her on Twitter, one fan wrote: "Rachel’s looking very nice today 👌 #countdown."

Meanwhile others were distracted by a cheeky comment Rachel made during a numbers round.

Rachel was picking the numbers for contestant Samantha, who asked for "two large please."

Rachel replied: "Two from the top and four from my lower regions."

The star seemed to realise how loaded that comment could be as she pulled a face and added: "Or something like that!"

Taking to Twitter, one fan wrote: "'Two from the top and four from my lower regions'?! Oh aye Rachel Riley."

Countdown airs weekdays at 2.10pm on Channel 4 and is available on All 4.