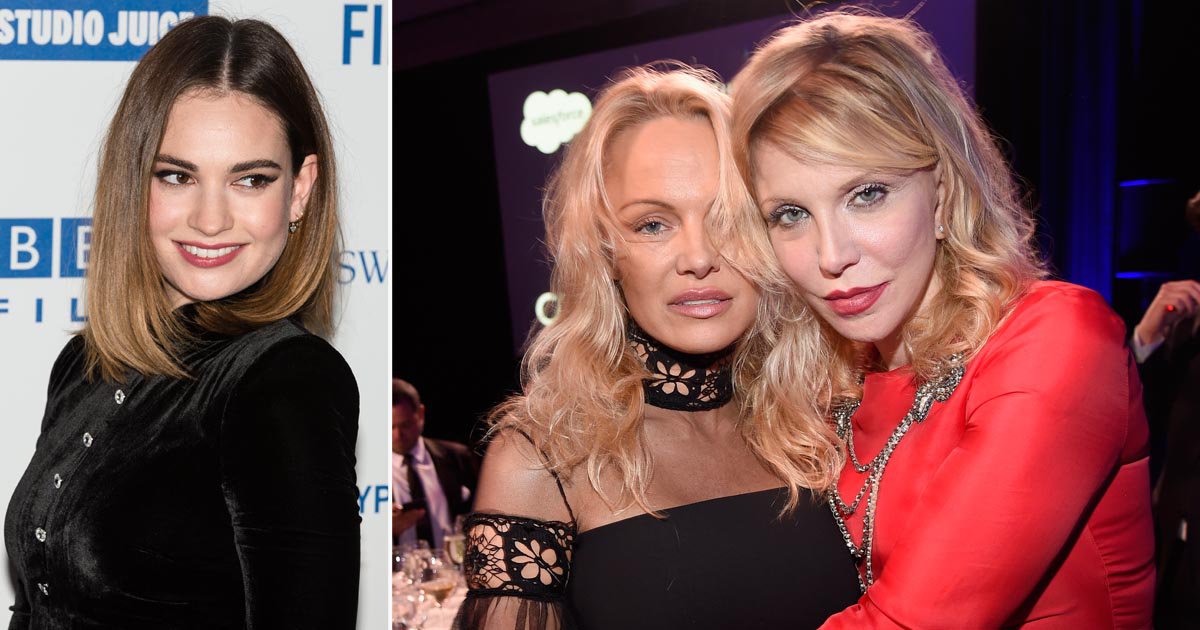 Courtney Love has lashed out at the upcoming series about Pamela Anderson and Tommy Lee starring Lily James and Sebastian Stan, describing it as ‘f***ing outrageous’.

Lily, 32, and Sebastian, 38, are set to portray the Baywatch star and rock musician in Hulu’s upcoming series Pam and Tommy, depicting the couple at the time of their whirlwind marriage in the 1990s and the infamous leak of their sex tape.

While fans have been amazed by the transformations of The Pursuit of Love actor and the Marvel star, it was recently claimed that Pamela has ‘no intention’ of watching the recreation of her life… and her friend, Courtney, has also jumped to her defence.

In a Facebook post, the singer-songwriter recalled what it was like when Pamela and Tommy’s sex tape was stolen and leaked to the public, saying that it ‘destroyed’ her close pal.

Sharing a picture of an article about the show, the 56-year-old wrote: ‘I find this so f***ing outrageous.’

She explained that when the sex tape came out, she was making a record at the time in LA.

Courtney stated that ‘ALL! The staff engineers / producers / owners were watching the sex tape with huge schadenfraude’, adding: ‘It was disgusting. I banned anyone discussing it.’

‘It destroyed my friend Pamela’s life. Utterly,’ she said.

Courtney added that she was reportedly ‘asked to approve use [of] a Rolling Stone cover of mine shot by Mark Seliger in this piece of s***’, to which she said she responded: ‘F*** no.’

‘Gentleman don’t approve this sort of thing. My heart goes out to Pammy. Further causing her complex trauma,’ she wrote.

The musician then added: ‘And shame on Lily James whoever the f*** she is.’

Earlier this month, a friend of Pamela’s reportedly spoke out to disclose how she feels about her depiction in the TV series.

Speaking to The Sun, the source said: ‘Pamela has no intention of watching this God awful show, absolutely not. Never.’

They added that Pamela had ‘never heard of the actors playing her and Tommy’, adding that she supposedly sees the show as ‘a cheap knock-off’.

Four days after their first meeting in 1995, Pamela and Tommy wed on a beach in Cancun.

They were married for three years and share two sons together – Brandon Thomas, born in 1996, and Dylan Jagger, born in 1997.

After filming their sexual activities on a videotape during their honeymoon, the tape was stolen from their home and distributed online, an incident that will be portrayed in Pam and Tommy.

Pam and Tommy is due to air later this year on Hulu.

If you’ve got a celebrity story, video or pictures get in touch with the Metro.co.uk entertainment team by emailing us [email protected], calling 020 3615 2145 or by visiting our Submit Stuff page we’d love to hear from you.