Cruel Summer is turning out to be quite the pre-summer drama everyone’s talking about. Freeform’s teen thriller has everyone hooked and is a theory factory. Not only that, the show is quite good. It stars Olivia Holt as Kate Wallis, a popular girl in a Texas town who goes missing in 1993 right as the school year starts. Chiara Aurelia stars as Jeanette Turner, a really nerdy girl who is nowhere near Kate’s level of popularity or “coolness” when that happens. But as three years go by, their places switch and then turn upside down.

As said above, because the nature of the series doesn’t give the whole story away from the beginning, each episode opens a new can of worms in regards to theories. And since the identity of “Annabelle” has yet to be revealed, a lot has revolved around her. But fans can throw away one theory, for sure. [Spoiler alert: Spoilers ahead for Cruel Summer, through Episode 8]. 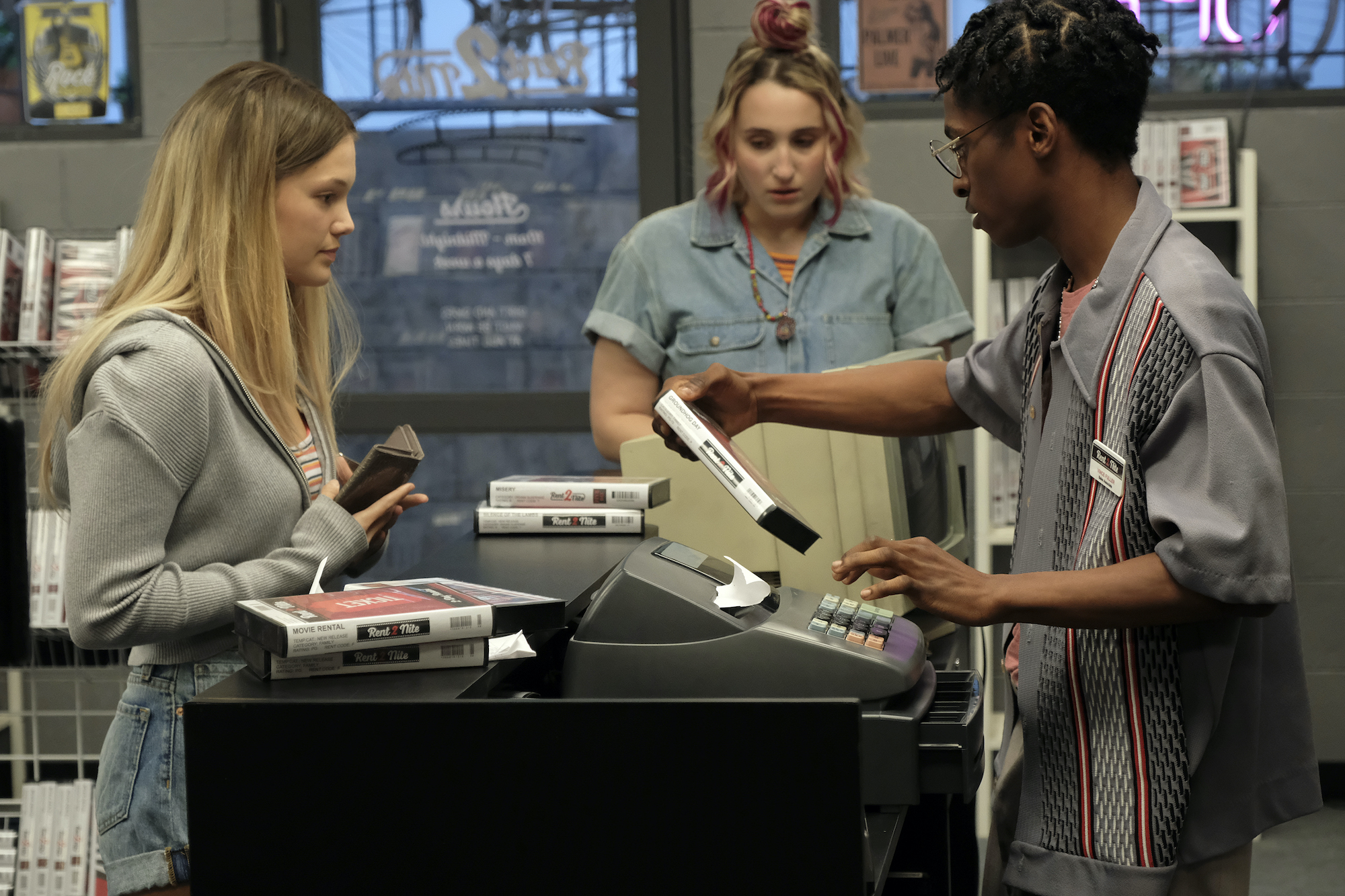 Kate Wallis and Jeanette Turner’s stories are intertwined after the summer of 1993, and they’re stark opposites. When audiences see them again in 1994, Jeanette is a completely different person, all popular and free of awkward struggles she had before. And Kate was, of course, was held hostage by Martin Harris, the school’s vice-principal.

The first two episodes could hook anyone in. But as the season has progressed, it’s only gotten better and deeper into how Kate ended up in Harris’ basement, Jeanette’s possible innocence, and what the heck is going on.

Episode 7 revealed a big bombshell, and that’s the fact that Kate willingly ran to Martin Harris’ house after a major fight with her mother. This is apparently contrary to what she told police and the “kidnapper” narrative that everyone’s thought this whole time. She’s very much enamored with Harris at this point, and he’s clearly obsessed with her.

Don’t get it twisted: he still groomed her and he was still holding her hostage there for a long time after she initially went to his place. He also lied to her about the outside world and who was looking for her and cared for her all those months later. It was an abusive, toxic situation. But that initial “how” of Kate ending up in his house was a big twist.

Star Allius Barnes debunked one theory about Kate and Annabelle

One character who audiences haven’t met yet is Annabelle. She’s someone that Kate mentioned in a flashback who seemed to be in the house at some point. She’s also someone who Kate mentioned to her therapist, however, Kate can’t remember her after all this time. Either Kate blocked her out or someone did something to make her forget.

Or, another theory has been that Kate’s lying about forgetting who Annabelle is. Because that theory was that Annabelle was Kate in some twisted way. However, Barnes — who plays Vince, Jeanette’s best friend — recently said that’s not the case.

“A funny one [is] that Annabelle is Kate or Martin’s alter-ego, and that Martin has passed on this different personality to Kate and trained her to become another person,” Barnes told Elite Daily on June 1 when asked about his favorite theories. “That was pretty crazy. It sounds like a really good show. Unfortunately, it’s not ours.”

That would have been quite the twist among twists, considering Kate’s lie about going to Harris’ house was just found out. She’s not a reliable narrator, and neither is Jeanette, so the audience really has no idea who to believe at this point.

So while Kate’s alter-ego theory isn’t true, other theories surrounding Annabelle include one with a baby.

“Maybe Kate was cooperative in the beginning but got pregnant, so Martin panicked and held her captive to keep people from finding out,” one fan wrote on Reddit. “She was missing from the end of summer 1993 until the beginning of summer 1994, so about nine months. Kate didn’t meet Annabelle until the day of her rescue because that’s when she was born, and her going into labor/giving birth is what caused Martin to act ‘weird’ that day. The baby could have died, or Kate’s mom may have made Kate give the baby up for adoption.”

That’s kind of plausible, and the absolute trauma of giving birth and going to post-partum without the baby and all the other trauma Kate went through could be enough to scrub her memory, maybe. But that means her mother is banking on a lot with that, unless she did something else to make sure Kate didn’t remember anything.

That ending would be very messy, and open up a whole other set of troubles for Kate in Season 2, if one happens. But, that would be the kind of twist that would be just wild enough and also not too crazy. Plus, Barnes said the finale is going to be out of left field for some.

“I don’t think there’s any way you can prepare for [the ending],” he said. “Every episode, everyone’s loyalties are shifting.”