Dana Walden, Chairman of Entertainment, Walt Disney Television, today unveiled a major restructure of the television production and original content businesses under her purview. The shakeup includes Hulu Originals’ Craig Erwich adding oversight of ABC original content in a return to broadcast 13 years after he left the top programming post at Fox.

He takes over responsibilities held by ABC Entertainment president Karey Burke who, after a successful tenure at the network, is taking on a big new role as President of 20th Television, the combined operation of 20th Television and Touchstone Television as the cable/streaming-focused studio is being folded into 20th TV. With ABC Studios and ABC Signature merged earlier this year, Disney TV Studios has now gone down to two divisions, 20th TV, run by Burke, and ABC Signature, headed by President Jonnie Davis. 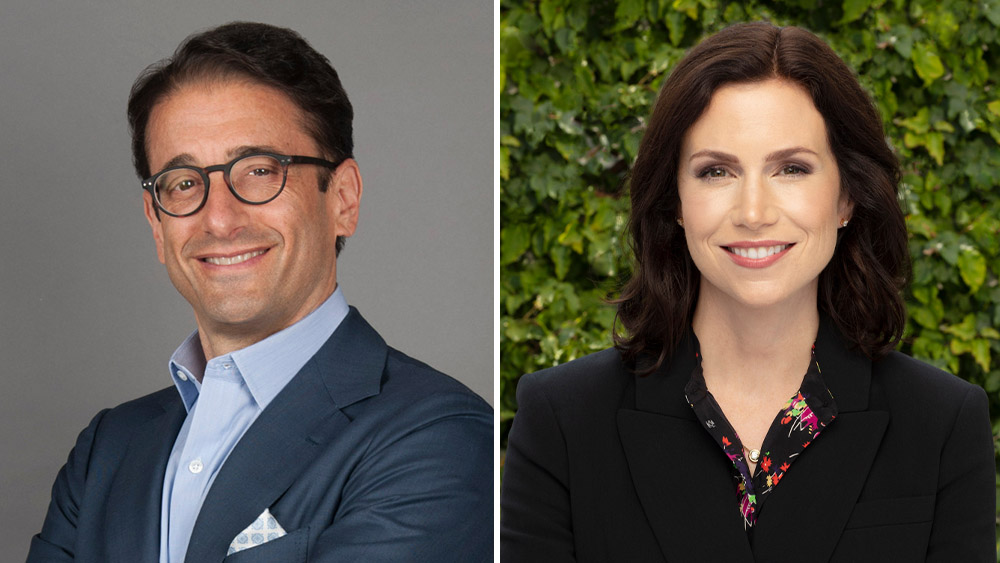 Craig Hunegs will move from his role as President of Disney Television Studios to become President of Entertainment, Walt Disney Television, working alongside Walden across all business units. He will lead centralized Business Affairs, Production, Casting and Creative Talent Development & Inclusion teams.

The consolidation is expected to result in some layoffs though there are no staff reductions today.

Bert Salke, President of Touchstone TV (form. Fox 21), will transition to a multi-year overall producing deal with Disney Television Studios in his return to producing to Salke. During his tenure, Salke oversaw development and production at the studio, which included such shows as “Homeland,” “Genius,” “Queen of the South” and “The Hot Zone.” Additionally, together with FX Productions, the studio produced “The Americans,” “Sons of Anarchy” and “Mayan M.C.” Touchstone has also been the studio home to Ryan Murphy Television, which produces “Pose,” “Ratched,” “The Politician” and “American Crime Story.”

Former 20th TV President Carolyn Cassidy will remain at the studio as EVP, Development. That is the role currently held by Jennifer Gwartz whose future at the company is unclear.

Additionally, Touchstone TV’s Jane Francis also is staying put and will become EVP, Series for 20th TV. Both she and Cassidy will report to Burke.

As part of the massive restructuring, 20th Animation, currently a division of 20th TV, will be spun off into its own unit, run by Marci Proietto. Additionally, Disney TV will launch a production unit for Unscripted Programming as the company is looking to ramp up output for both genres. Both divisions will be overseen by Hunegs.

“This has been an incredibly challenging but successful year. Our television studios produce many of the top-rated shows in the industry. ABC is now the No. 1 entertainment network and the Hulu Originals team launched their most successful slate yet of critically acclaimed, award-winning, high-performing shows. I am proud of our exceptional leadership team and all we have accomplished, but the media landscape is changing and this reorganization better positions us for the future,” said Walden. “The changes we are announcing today are in service of three goals: rightsizing our organization, streamlining functions across our studios and original content teams, and strengthening our partnerships with the extraordinary creators who call Disney Television Studios their home.”

In the past couple of months, NBCUniversal also consolidated its content teams across linear and streaming under Susan Rovner. WarnerMedia did the same with HBO’s Casey Bloys adding oversight of HBO Max original programming. Additionally, like the move to fold Touchstone TV into 20th TV, Warner Bros. also merged its cable/streaming division Warner Horizon into Warner Bros. TV.

This is the latest Disney TV division to undergo a reorganization as a result of the a major streamlining of Disney’s media and entertainment businesses, separating content creation from distribution, which was announced in October. Wlden’s unit is part of Disney’s General Entertainment division run by Peter Rice, who unveiled the structure of his portfolio last month.

Walden outlined the changes in an internal email. Read it below:

In a few moments we will be announcing changes to the business units under my purview. This has been an extraordinarily difficult year, to say the least, and I am so grateful to you all for stepping up to meet challenge after challenge.  Our industry has been altered forever, and we are reorganizing to position ourselves strongly for the future and create an even better experience for our creative partners.

The changes announced today follow the recent reorganization at The Walt Disney Company, which was designed to accelerate growth in its direct-to-consumer businesses. As part of that plan, the Company separated content creation from distribution and commercialization. Our role is to supply breakthrough original content to Disney’s best-in-class streaming platforms Disney+ and Hulu, linear networks and third-party platforms; and to choose the original content that will fuel the Hulu Originals, ABC Entertainment and Freeform programming slates.

I am very lucky to be working with a group of leaders who are both gifted executives, and caring and compassionate people.  Throughout the planning for today’s announcement, we spent countless hours evaluating the best structure for our businesses and our teams.  We believe that is what we have achieved.  And, our new simplified structure will facilitate clarity of responsibilities and stronger partnerships with our talented colleagues inside Disney Media & Entertainment Distribution.

Here is how we are evolving our organization:

Jonnie will continue as President of ABC Signature, but will now report directly to me.

Bert Salke will transition from President of Touchstone Television to a new multi-year overall producing deal with Disney Television Studios.

Tara Duncan will continue as President of Freeform and will be responsible for building a roster of diverse creators to develop series across all platforms.

Craig Hunegs will move from his role as President of Disney Television Studios to President of Entertainment for Walt Disney Television, working with me across all areas.  He will lead newly centralized Business Affairs, Production, Casting and Creative Talent Development & Inclusion teams. He’ll also oversee 20th Animation and a newly formed production unit for Unscripted Programming.

And as previously announced, Shannon Ryan will serve as President, Content Marketing, Hulu and General Entertainment, managing the creative marketing, publicity, media planning, events, talent relations and awards strategy for all the programming created across our group.

These are exceptional creative leaders who have strong relationships throughout our industry and have already accomplished so much. I am certain they will continue to foster an environment where creators, showrunners, producers, directors and talent can do their very best work, and I am confident that their leadership will inspire all of you to do the same.

I know there is discomfort with change, but I am optimistic about our future and am looking forward to working with you as we embark on this new chapter together.

RHOC’s Kelly Dodd on masks: ‘does your pants [sic] protect you from a fart?’
TV & Movies