Escape to the Chateau: Dick opens the toilet seat

Dick Strawbridge and Angel Adoree have invited viewers to watch them restore their 19th-century Chateau in their hit show Escape to the Chateau. The Channel 4 series follows the couple in their journey to restoring a French Chateau into their dream home. However, it’s not an easy process and in one episode of the show, Dick revealed there was a big problem with the building they would have to overcome.

In an episode of Escape to the Chateau, Dick revealed to viewers he’d come across a big issue.

The star discovered it wasn’t just him and his family living in the Chateau, but there were some creepy crawlies too.

He began: “We’ve got a problem with flies. The problem is, this place has been empty, it’s been cold, the flies have come and they’ve hibernated.

“In little holes like this, in behind the panelling, they’ve just gone to sleep,” Dick explained. 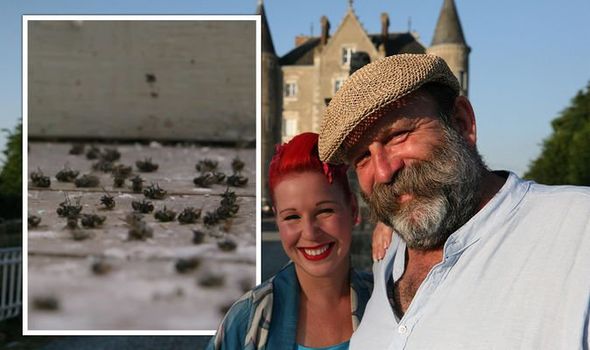 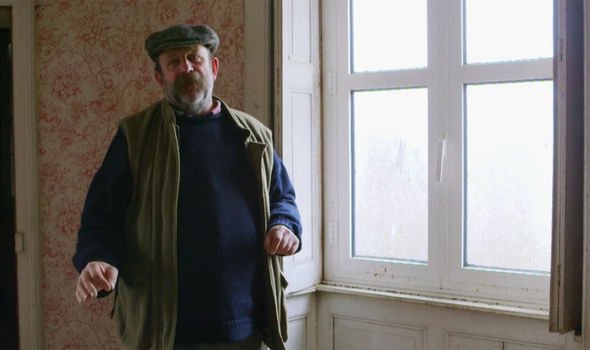 He told viewers it was the heat that had seemingly caused the flies to suddenly emerge.

Dick said: “We’re bringing warmth into the chateau which means the flies are coming out in their thousands.

“This has been vacuumed up half a dozen times,” he said pointing at a pile of dead insects on the floor.

However, it seems the flies weren’t the only problem as the star soon found evidence of other living creatures. 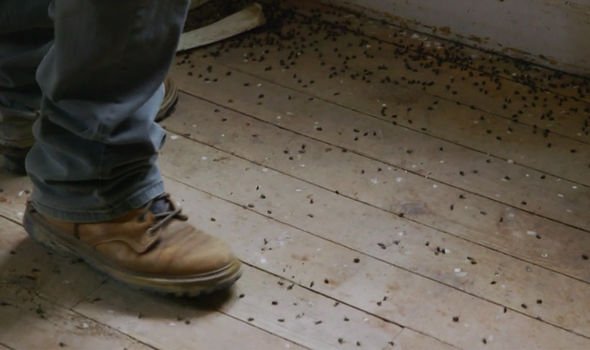 “It’s not just the files, we’ve had birds through the broken windows and they’ve been roosting here,” Dick revealed.

The engineer turned TV star showed viewers a door that had been coated in bird droppings.

He jokingly described his French family home as: “A wildlife haven.”

While they could get rid of the flies and birds, Dick and Angel soon found some creatures they couldn’t remove.

Just like in the UK endangered bats are protected by law in France.

As a result, the couple explained that they would have to leave them alone and hope they eventually leave the property.

“We’ll have to leave them in peace,” Angel explained to viewers.

Angel and Dick bought the 19th-century Chateau-de-la-Motte Husson in 2015, giving themselves the big challenge of revamping the property.

The pair set out to restore the property which had been uninhabited since the 1950s.

When they bought it, the chateau had no electricity, water, heat or a modern sanitation system.

However, over the years the couple has managed to restore the 12-acre property, which today is their dream home and a wedding venue.

Escape to the Chateau is available on Channel 4’s catch-up service All4.