Phillip Schofield got a shock on Monday’s episode of This Morning, after thinking his co-star was resigning live on air. The ITV host was presenting alongside Holly Willoughby on the show when John Torode’s cooking segment descended into chaos.

The MasterChef judge was on This Morning showing off his savoury French toast.

John was running through the cooking tutorial for the stuffed salmon brunch dish, when things started to go awry.

When suggesting what else could be used in the dish, the John mentioned crab as an option saying: “You could be really posh and use crab. Probably not a soft shell crab Phillip I’m really sorry to say.”

“But, something similar. Anything that goes in a sandwich,” the TV chef added. 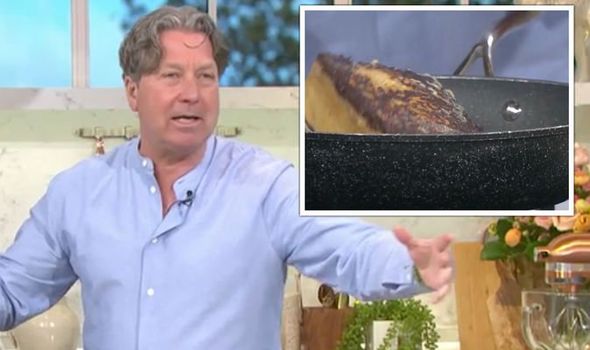 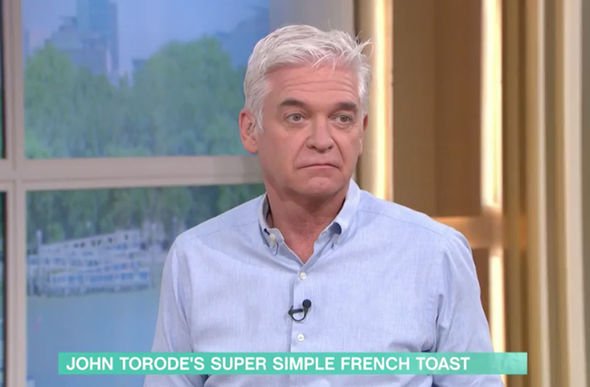 This led Phillip to remind John they hadn’t done any cooking with soft shell crab for a long time.

“We’ll do it for you,” John replied. “The request is in everybody.”

“I asked for scampi this week, but I didn’t get it,” Phillip teased.

John replied: “If I had known I would have done you scampi. I love scampi.” 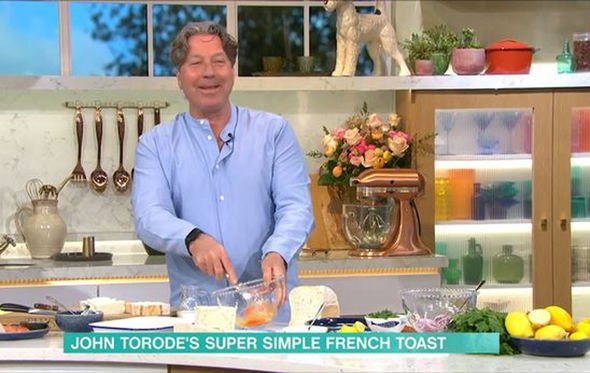 John continued, saying: “I can’t come back either I’m sorry.”

Looking puzzled by John’s choice of words, Phillip asked: “What do you mean you can’t come back? Have you been fired?”

John quickly clarified, saying that he couldn’t come back on the show this week.

“I was gonna say – I thought he’d just resigned on air!” Phillip exclaimed.

The pair burst out laughing with Phillip’s co-host Holly Willoughby joking that this could be John’s “final supper”.

John brushed off the laughs and attempted to continue on with the cooking tutorial.

However, by that point in the segment the distractions led to John’s French toast looking a bit more toasted that John had planned.

When John flipped the toast over in the pan he revealed that it was burnt.

Trying to cover his mistake, John quickly said: “Oh it’s nice and dark that one.”

This Morning airs weekdays on ITV at 10am.