Series will start shooting next year 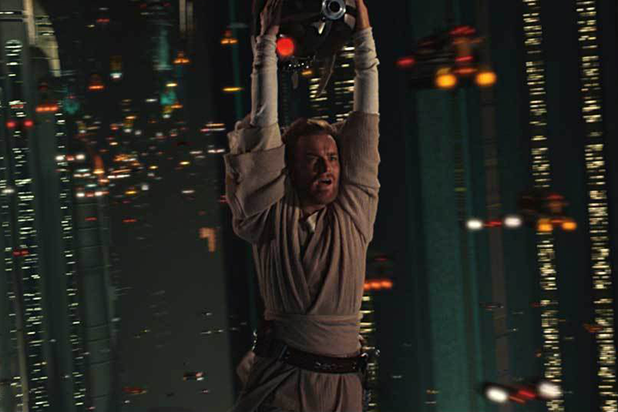 Disney is expanding its “Star Wars” presence on Disney+ with the addition of Ewan McGregor returning as Obi-Wan Kenobi in a new series.

At the end of its Disney+ showcase Friday during D23 Expo, McGregor was brought out on stage and asked LucasFilm chief Kathleen Kennedy to ask him if he’s playing the Jedi Master again. She asked him, and he finally answered, “Yes.”

The series will star shooting next year.

McGregor’s project is the third live-action “Star Wars” series for Disney+, along with Jon Favreau’s “The Mandalorian” and the “Rogue One” prequel series centered on Diego Luna’s character, Cassian Andor.

The formal announcement comes a week after news broke that McGregor was circling a return to the franchise. The actor played a younger version of Obi-Wan Kenobi in the “Star Wars” prequel trilogy that began with 1999’s “The Phantom Menace.” The character was previously played by Alec Guinness in the first “Star Wars” film, “A New Hope.”