The spectacle of Sam Raimi channeling his twisted “Evil Dead” side for “Doctor Strange in the Multiverse of Madness” reaches its peak with the climactic battle between Zombie Strange (the re-animated corpse of Benedict Cumberbatch’s titular wizard) and Scarlet Witch (Elizabeth Olsen) at Mount Wundagore.

It’s a ghoulish sight to behold, with Strange’s decaying flesh and demonic black creatures curling around him to form a sinister version of his magical Cloak of Levitation. For Wētā FX, though, it was an opportunity to explore kitschy horror and figure out character beats with a director intent on shaking up the MCU.

“The promise of a spooky Sam Raimi Marvel film had our team pretty jazzed,” said the New Zealand studio’s VFX supervisor Erik Winquist (“Dawn of the Planet of the Apes”). “It seemed on the page that this was channeling some of that B-movie horror vibe that Sam was known for, so we suspected we were in for some fun. It felt different from other Marvel projects that we’d been involved with. I recall asking at one point, ‘What are the rules here? Is this allowed in the MCU?’ — and, of course, this story follows on from events depicted in the series ‘WandaVision,’ which also took some interesting creative chances.”

After receiving concepts from Marvel’s visual development team, Raimi’s vision of Zombie Strange started to take shape around the concept of prosthetic zombie makeup and partial CG for Cumberbatch’s undead performance. But it wasn’t until Wētā started receiving footage from the shoot that they fully grasped the magnitude of how “Raimi” it was going to get.

They started with the face. The makeup had a green screen section of his left cheek where part of his face was meant to have rotted away. The initial discussions focused on anatomical models of the human facial muscles and how much should be exposed. “I thought it could be interesting to see those muscles moving his face around,” said Winquist, who collaborated with Marvel’s VFX production supervisor Janek Sirrs. “After exploring a few options, it became clear that the important thing to Sam was seeing all those teeth, which the muscles or sinewy stringy bits were covering up. So we threw the anatomy book out the window and just focused on making the remaining rotten cheek and teeth look great. Or terrible, I guess.” 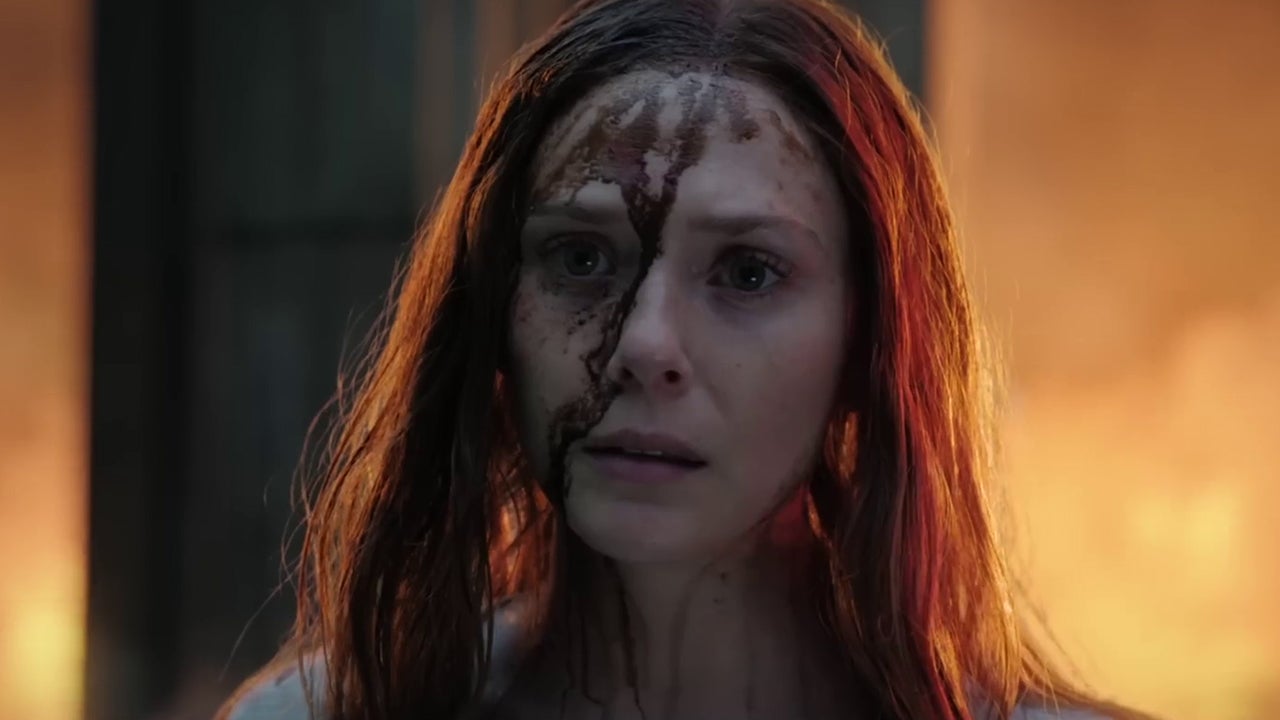 “Doctor Strange in the Multiverse of Madness”

Zombie Strange also had visible wounds on his chest, which were represented by a makeup appliance in wider shots and were replaced with a digital rib cage and internal organs for more close-up work. He also needed fully digitally augmented hands in every shot. Like his face, his hands have deep, rotten wounds all over them, which couldn’t be done with practical makeup effects, as they needed to be subtractive.

The spirit cloak was a wholly different challenge. Because it’s character animation, an FX simulation, and a CG garment simultaneously, Wētā had to do a lot of exploration with concepts and reference before getting underway. “The spirit cloak was a drastically-evolving entity, “Winquist said. “It first appears as sinewy, smoky tendrils emanating from Strange’s hands, which turn into black skeletal spirits of the underworld. These swarm around Zombie Strange on the mountaintop, eventually overcoming him, attempting to drag him to the realm of the dead. Strange corrals them, weaving their ragged trails together to form a cloak made of souls.”

These spirits are later “weaponized” and set free to entrap the Scarlet Witch. So Wētā needed a solution that would allow us to hero animate numerous individual spirits, but then pull them together into a mass resembling a cloak, and then deconstruct that cloak back into individual spirits again. The spirits needed to have both a skeletal, inky appearance and a humanoid read from the waist up. They also required shredded trails that weren’t strictly fabric, yet also weren’t strictly liquid or smoke. This was the more straight-forward problem to solve, as there were clearer delineations of what would be character animation and what would be dynamic cloth and particle simulations driven by that animation.

“The tricky part was building a system for handling the spirit cloak in its full glory, as it needed to be art direct-able in its animation, be a cloth simulation, but also have additional animated spirits constantly trying to break through its surface,” Winquist said. “After going down many dead-end paths, we arrived at a system which animators could animate very simple proxy shapes to get the basic behavior and composition working. They passed that to our effects artists, who used cloth simulations based on the proxy animation to add secondary motion, and this, in turn, drove the placement of the faces and hands of spirits trying to escape from the ‘cloth’ they’d been imprisoned in — additionally accompanied by more particle simulations coming off of the cloak, making intricate web-like patterns.”

Scarlet Witch eventually breaks out of the double-layered security of Strange’s vortex of wailing souls and the Eldritch magic cage of Wong (Benedict Wong), and lays into Zombie Strange with a blast of her chaos magic. “The most important balance we needed to strike here was that this couldn’t be an all-out gore fest,” Winquist said. “Ratings concerns aside, Strange still needed to be a sympathetic figure, as he still had some dramatic beats with Wanda remaining before she brings the temple crashing down on top of them.”

It was important for Raimi to see the costume and flesh getting eaten away as if by acid, “so we needed to try and make the changes quick and staccato as patches of Strange’s torso and head get dissolved away,” Winquist said. “What’s left after that attack is a withered Strange, half-rotten and half-skeletal, and it was a good deal of fun seeing how far we could push the gross-out factor before it became too much.”

One gross-out idea that never got further than previs “was a moment when Zombie Strange was to hurl his undead arm at the Scarlet Witch in an attempt to strangle her. I was fond of [that],” Winquist said. “It was possibly the ‘Raimiest’ of Raimi moments in this scene. That was the right decision for the film, but it would have been a riot to work on.”