Doctor Who fans saw Captain Jack Harkness (played by John Barrowman) act as The Doctor’s (Jodie Whittaker) get out of jail card this evening after managing to help her escape from the space prison she had been trapped in for the best part of a year. BBC viewers were delighted to see Captain Jack back on-screen and after the time-traveller mentioned fellow Torchwood member Gwen (Eve Miles), many were left begging for a revival of the spin-off. But could their wishes be about to come true after Jack confirmed he would be staying put on earth?

Towards the end of the instalment, Captain Jack called up The Doctor to give her an update.

He said to her: “Sorry, lost track of time,” before going on to make an all-important reference to the spin-off series.

“Gwen Cooper sends her love by the way,” he continued. “Says she took out a Dalek with a moped and her son’s boxing gloves!”

“Anyway, I’m gonna stick around on Earth and catch up with her. I’ll call you!” 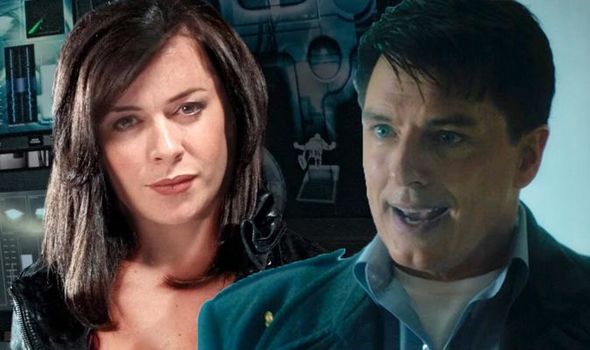 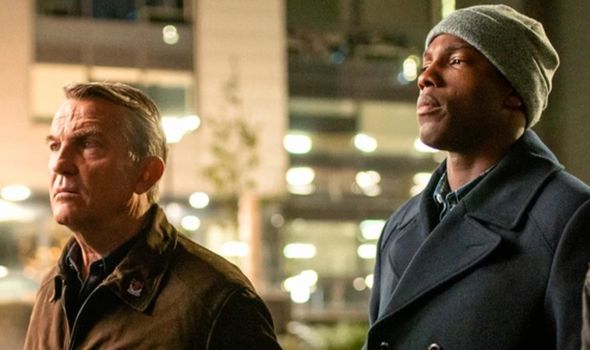 Fans were sent wild by the reference to Gwen in tonight’s episode and hoped it might mean a Torchwood a revival in the near future.

One said on Twitter: “#DoctorWho – anyone else see the words TORCHWOOD keep flashing up on screen while watching? Like a damn subliminal message.”

“That announcement, no issue with it but they teased up with potential new #Torchwood,” wrote another.

A third commented: “Jack staying on Earth to reconnect with Gwen could mean another series of #Torchwood is coming our way…  #DoctorWho.”

“Also has Chibnall not only set up a Torchwood revival but a spin-off with Graham and Ryan as well?!? #DoctorWho,” shared another. 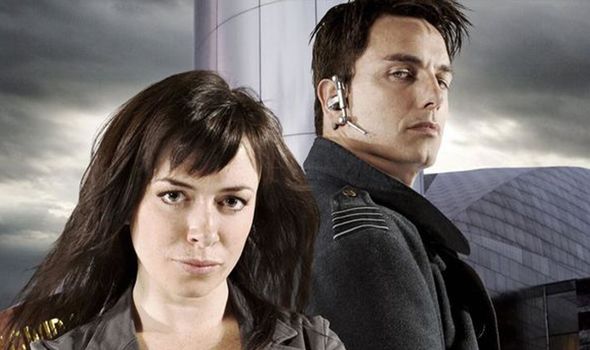 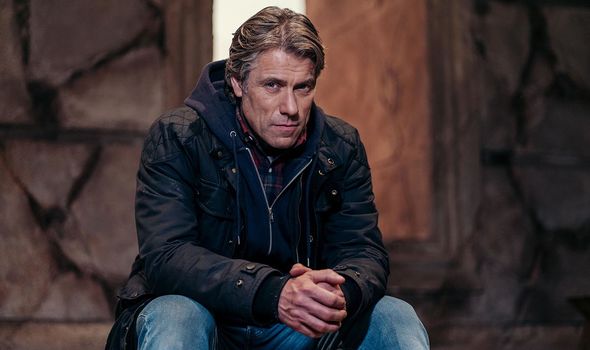 A fifth agreed: “I love that Chibnall has returned Jack to Wales. More Torchwood please  #DoctorWho.”

“Enjoyed #DoctorWho tonight. Really hope it’s a back door episode for another season of Torchwood too,” weighed in another fan.

And a seventh said: “I’m not saying it’s obvious but the psychic papers, Jack’s appearance, Ryan’s want to help specifically Earth?? The Torchwood reboot writes itself.”

Some also picked up on something from Ryan’s emotional speech, as he announced he would be staying in Sheffield.

After explaining his wishes to do something for his own planet, fans think this could hint at his inclusion in a potential new series of Torchwood, if it were to return.

He told The Doctor: “My mates need me. I know this sounds stupid but I feel like my planet needs me, you’ve got to fight for it right.

“Look Doctor, before I met you I didn’t know what I wanted to do with my life and now I know.”

“19 months, made it back too late, missed my time with you,” The Doctor sighed.

Turning to his grandad, Ryan said: “Graham, it’s alright you know, I’m all grown up, you can go with them.”

And Graham confirmed he too would be stepping away from travelling with The Doctor and Yaz (Mandip Gill).

“There’s lots to explore, so much more to see,” Graham noted. “But I don’t want to miss out on you and being here without you ain’t going to be there same.”

“I’ll always be looking around to say stuff to you, Ryan, you’re my family. I remember Doc, what you said, we wouldn’t come back the same people – you’re right.

“I’m ready, I want to be at home with my grandson,” Graham said, with the pair bidding a sad farewell to the TARDIS.

Could this mean the pair may be involved in a potential Torchwood revival if fans’ theories are correct?

Doctor Who seasons 1-12 can be streamed on BBC iPlayer now.