Earlier this year, Downton Abbey creator Julian Fellowes confirmed that a sequel was in the works. Now that he has wrapped up other projects, Downton Abbey 2 is scheduled to begin filming in the spring of 2021. 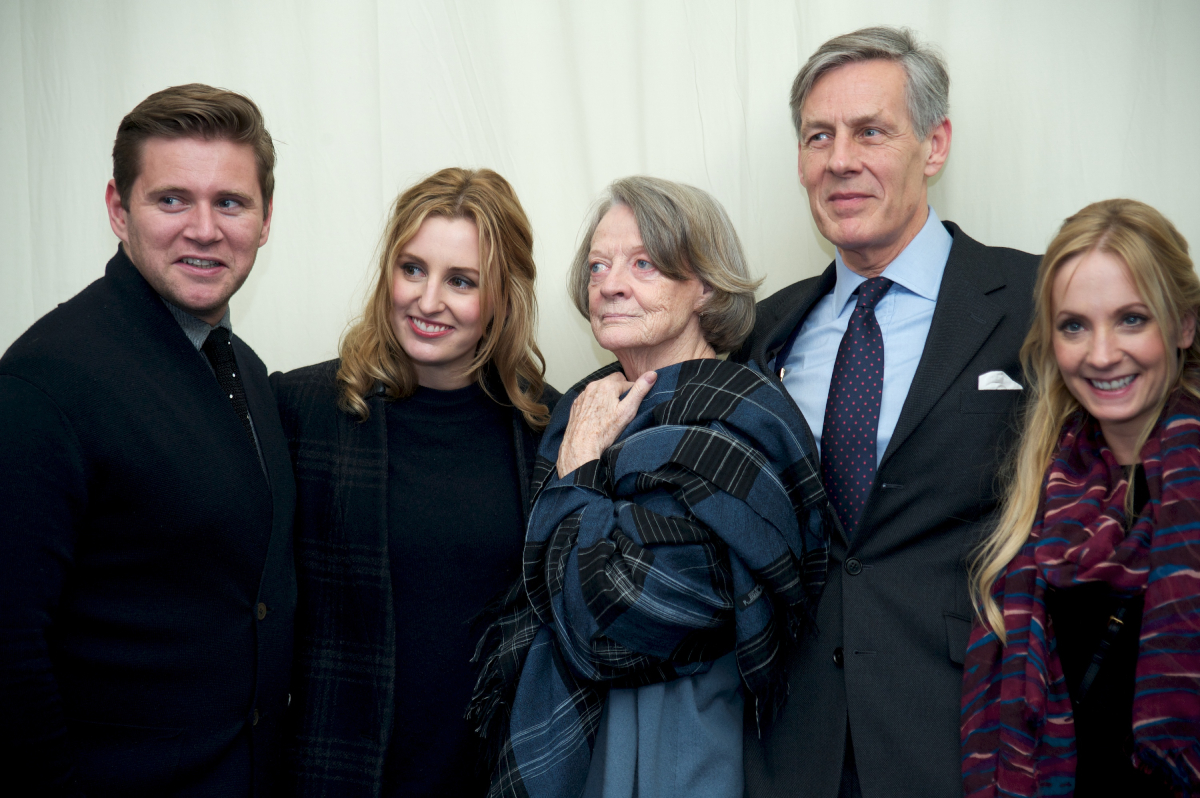 To the surprise of many, Maggie Smith will return as Violet Crawley, the Dowager Countess of Grantham. And in order to keep the 85-year-old safe amid the pandemic, the production team will take extra precautions.

In January 2020, Fellowes confirmed that a Downton Abbey film sequel would happen. But he made it clear at the time that he had to finish writing his new HBO series first. According to The Daily Mail, when asked about a sequel at the Winter TCA press tour, Fellowes replied, “Give us a break, guv. Not until I’ve finished the scripts for The Gilded Age.”

Producer Gareth Neame says they started talking about a sequel after the first film had a successful first weekend in theaters.

“We started vaguely thinking about it [a sequel] before the release of the movie. But we were kind of holding our breath,” Neame explained. “The reaction to the film, the press tour in the US and the build-up to release were so strong that we’d been thinking about it. And then it was clear from the first weekend that this was worth taking very seriously.”

Before the pandemic, the biggest obstacle to a sequel getting made was getting the entire cast back together. As Jim Carter (head butler Charles Carson) put it, “Producers love it, it was a great success. If we could corral the rest of the cast, it would be lovely. What a treat!”

As The Daily Mail notes, the first Downton Abbey film featured a moving scene where Maggie Smith’s character, Violet Crawley, told her granddaughter Lady Mary (Michelle Dockery) that she was sick and “may not have long to live.”

This led many fans to assume that Smith’s sharp-tongued character wouldn’t return for a sequel. However, she has agreed to return to the role one last time.

Her on-screen family is also confirmed for the sequel, including Hugh Bonneville’s Lord Grantham and Elizabeth McGovern, as his wife Cora. Dockery’s Lady Mary will return along with Matthew Goode as her husband Henry, as will Laura Carmichael as her sister Lady Edith.

Imelda Staunton and Tuppence Middelton — whose characters Maud, Lady Bagshaw, and Lucy Smith first appeared in the film — will also return for the sequel.

The Downton Abbey sequel will begin shooting in March 2021. The shoot is scheduled to last until May, and there will be strict Covid protocols in place. Smith will be 86 when production begins, and she will have her own bubble in order to keep her safe.

Fellowes sent out scripts to the cast in September, and they’ve started casting the sequel’s guest stars. They chose to shoot in the spring because that was the best “availability window” for the cast to return.

Of course, the schedule could change due to the pandemic. As Carter said in September, “It’s got all the same characters in, all the regular characters, and I think the will is, COVID willing, we’ll film it next year.”