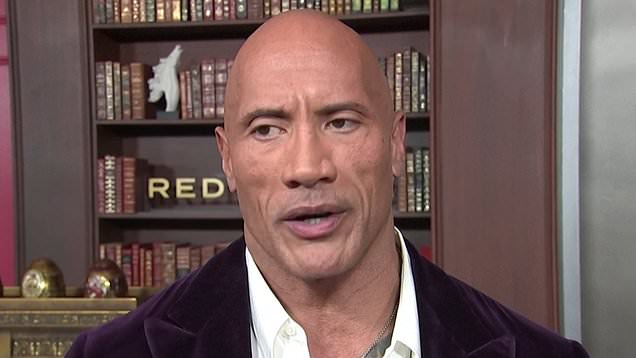 Dwayne ‘The Rock’ Johnson has pledged to stop using real guns in his movies.

The Black Adam actor has made the move following the tragic death of cinematographer Halyna Hutchins on the set of western film Rust last month after actor Alec Baldwin accidentally discharged a live round from a prop gun.

In a new interview, Johnson revealed he has put an end to the use of real firearms on projects from his Seven Bucks Productions company.

Speaking to Variety at the premiere of his new film Red Notice, the 49-year-old said: ‘I can’t speak for anyone else, but I can tell you, without an absence of clarity here, that any movie we have moving forward with Seven Bucks Productions – any movie, any television show, or anything we do or produce – we won’t use real guns at all.’

He continued: ‘We’re going to switch over the rubber guns, and we’re going to take care of it in the post [production]. We’re not going to worry about the dollars, we won’t worry about what it costs.’

The Baywatch actor explained that he was left ‘heartbroken’ following the fatal shooting which saw 42-year-old Hutchins die from her injuries, while the film’s director Joel Souza, was left injured and later discharged from hospital.

The Jumanji actor stated: ‘We lost a life. My heart goes out to her family and everybody on set. I’ve known Alec, too, for a very long time.’

The former WWE star recalled how he was quickly on the phone with his team following the incident to discuss what needed to be done to make his productions safer going forward.

The Central Intelligence actor explained: ‘I love the movie business. There are safety protocols and measures that we have always taken in the movie business and we take that very seriously, and these sets are safe sets, and we’re proud of that.

‘But accidents do happen. And when something like this happens of this magnitude, this heartbreaking, I think the most prudent thing and the smartest thing to do is just pause for a second and really re-examine how you’re going to move forward and how we’re going to work together.’

The Hobbs & Shaw star added: ‘Any movie we do that Seven Bucks does with any studio, the rule is we’re not going to use real guns. That’s it.’

In the wake of Hutchins’ death, the debate about Hollywood’s use of firearms has been reignited like never before.

Now multiple petitions are calling for the use of prop guns and functional firearms to be permanently banned from future productions.