EAMONN Holmes has liked a series of shady tweets questioning why he and wife Ruth Langsford ‘weren’t allowed’ to speak at the National Television Awards last week.

The This Morning team picked up the gong for Best Daytime programme and all headed to the stage to collect it, but it was just Holly Willoughby and Phillip Schofield who were given the chance to speak – leaving those at home furious. 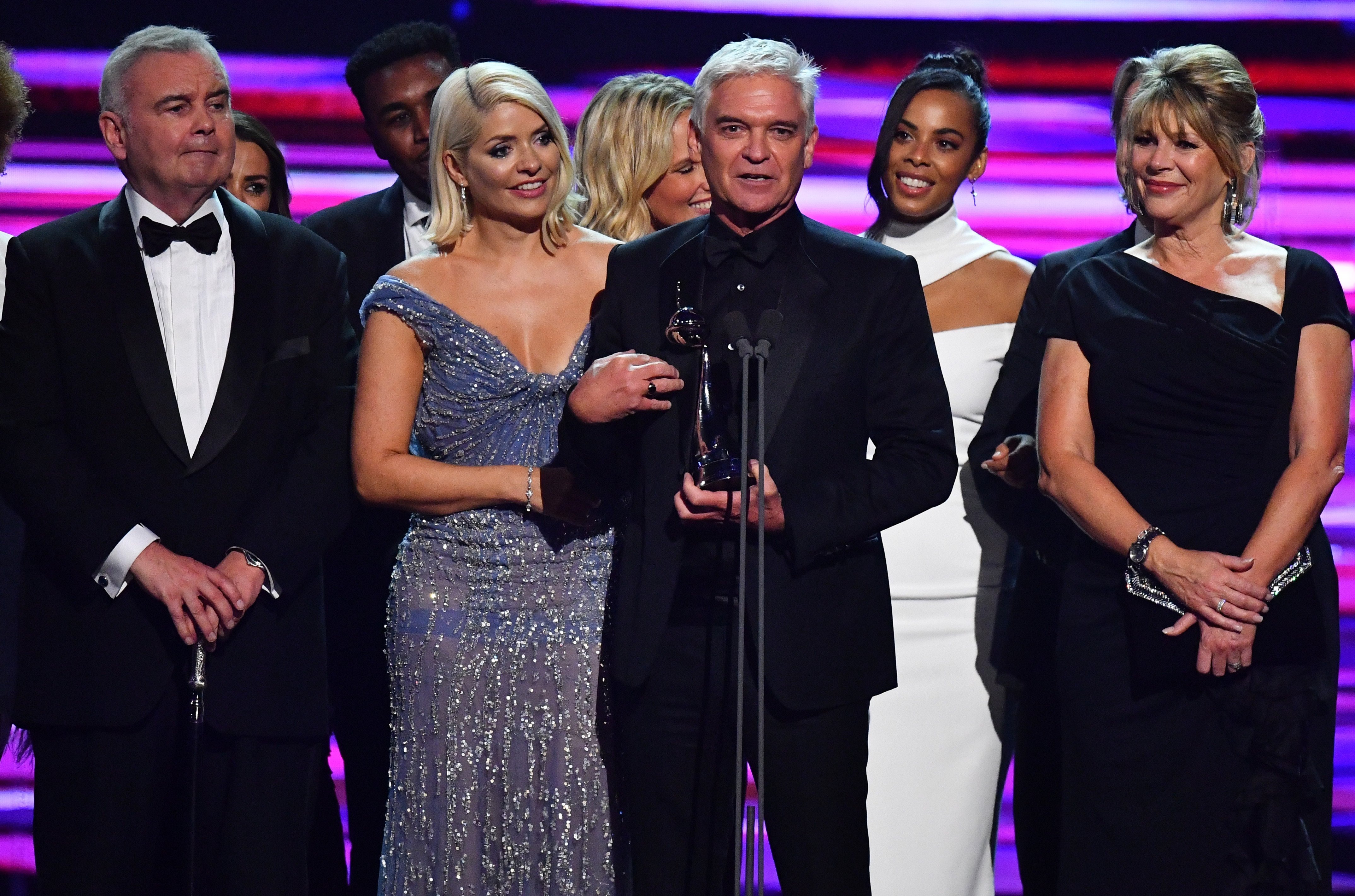 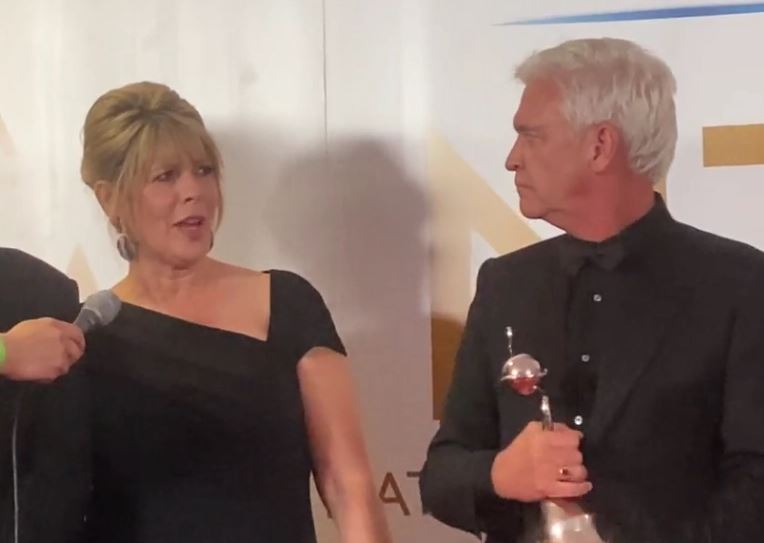 Many spotted what appeared to be a frosty atmosphere between the rival presenters, and Eamonn has now added fuel to the fire by seemingly making his feeling very clear on the situation as he endorsed angry posts from fans.

One message he liked read: “Last night I watched the NTV Awards and saw @thismorning add another trophy to the collection. It wouldn't have won if the judging had been based on today's mind numbing programme  @EamonnHolmes @RuthieeL you are so very missed and you so deserved to be on that stage last night x”

Another tweet read: “People asking why @EamonnHolmes @RuthieeL didn't talk at the #awards That's what I was thinking i was waiting for them to take the mic it never happened such a #shame that's why i voted for @thismorning i wont again.”

While a third he was a fan of said: “Why do @EamonnHolmes or @RuthieeL never get to speak when #ThisMorning wins an award? It's them we voted for!.”

Eamonn’s wife Ruth was spotted looking rather disdainful towards Phil both on stage and while chatting in the press room afterward – and fans were quick to pick up on their frostiness with each other.

Their rivalry dates back to 2019 when Ruth filed a complaint with ITV after being upset by Phillip cutting her off abruptly during a link with her in the Loose Women studio.

It came amid complaints from other staff members of a toxic working environment at the channel. 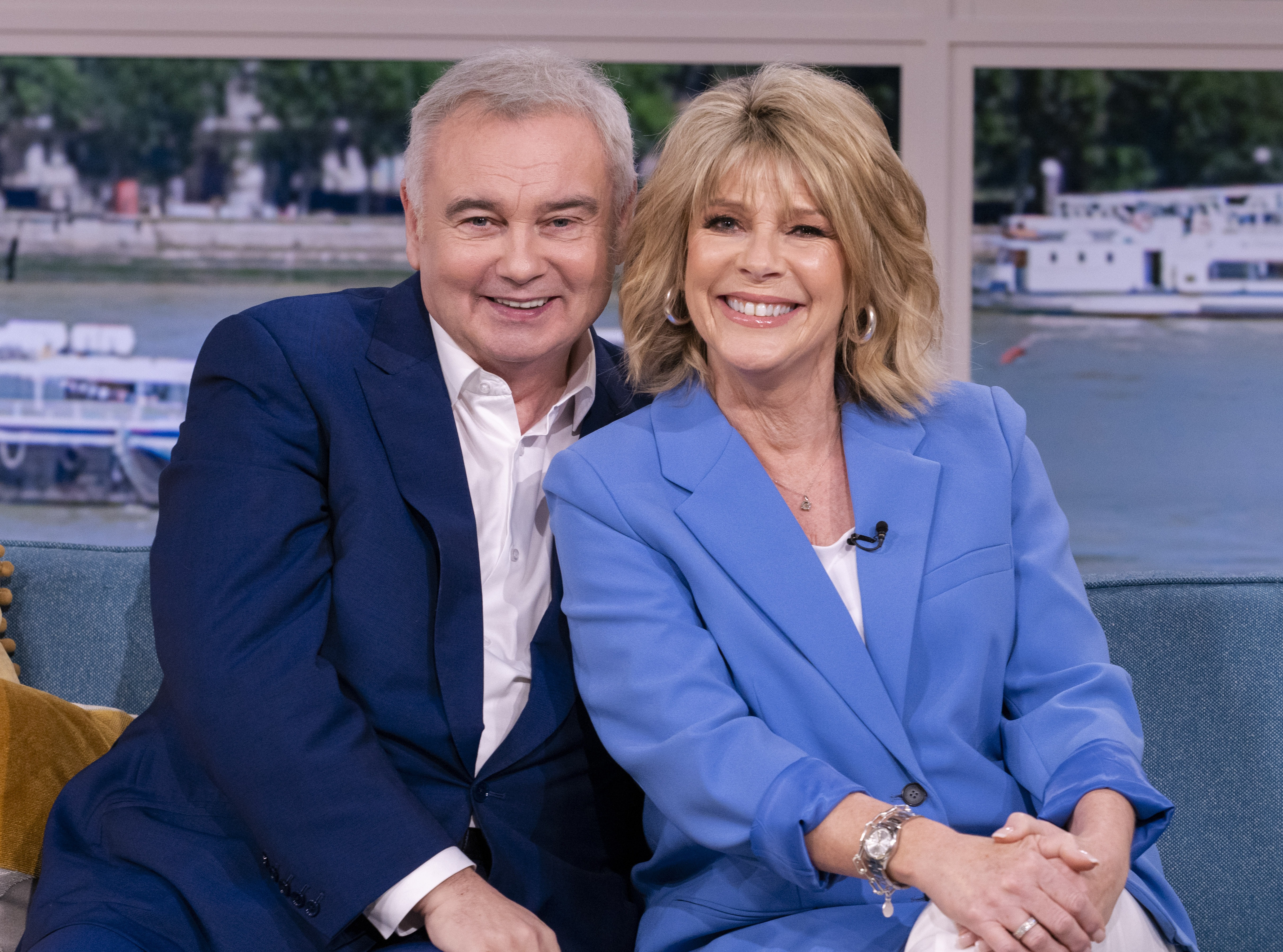