EASTENDERS fans were left fuming after Banjo the dog was left covered in blood after an encounter with unruly thugs.

The devoted pup was seen standing by the side of 11-year-old Bailey as she lived on the streets after running away from home. 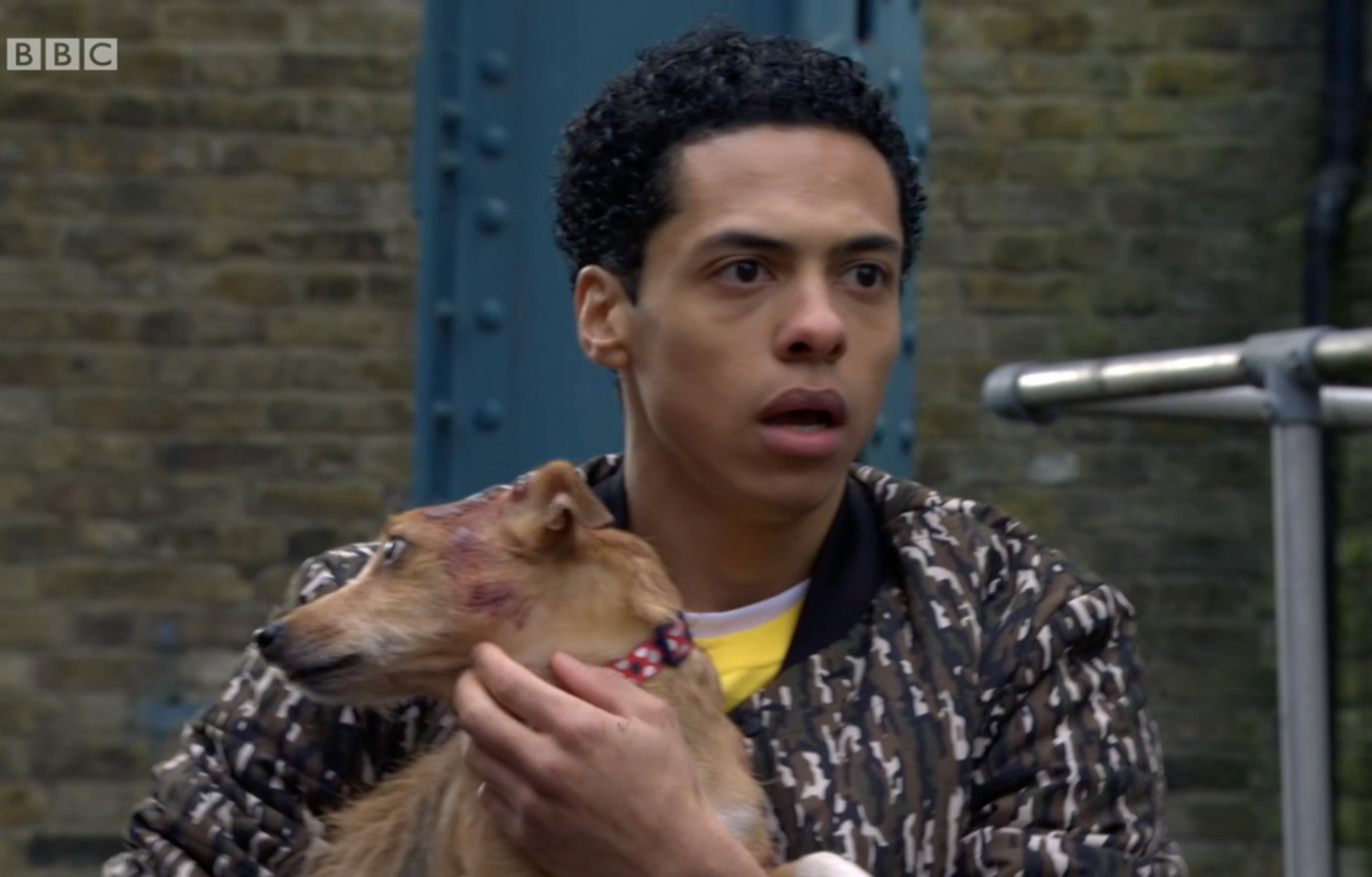 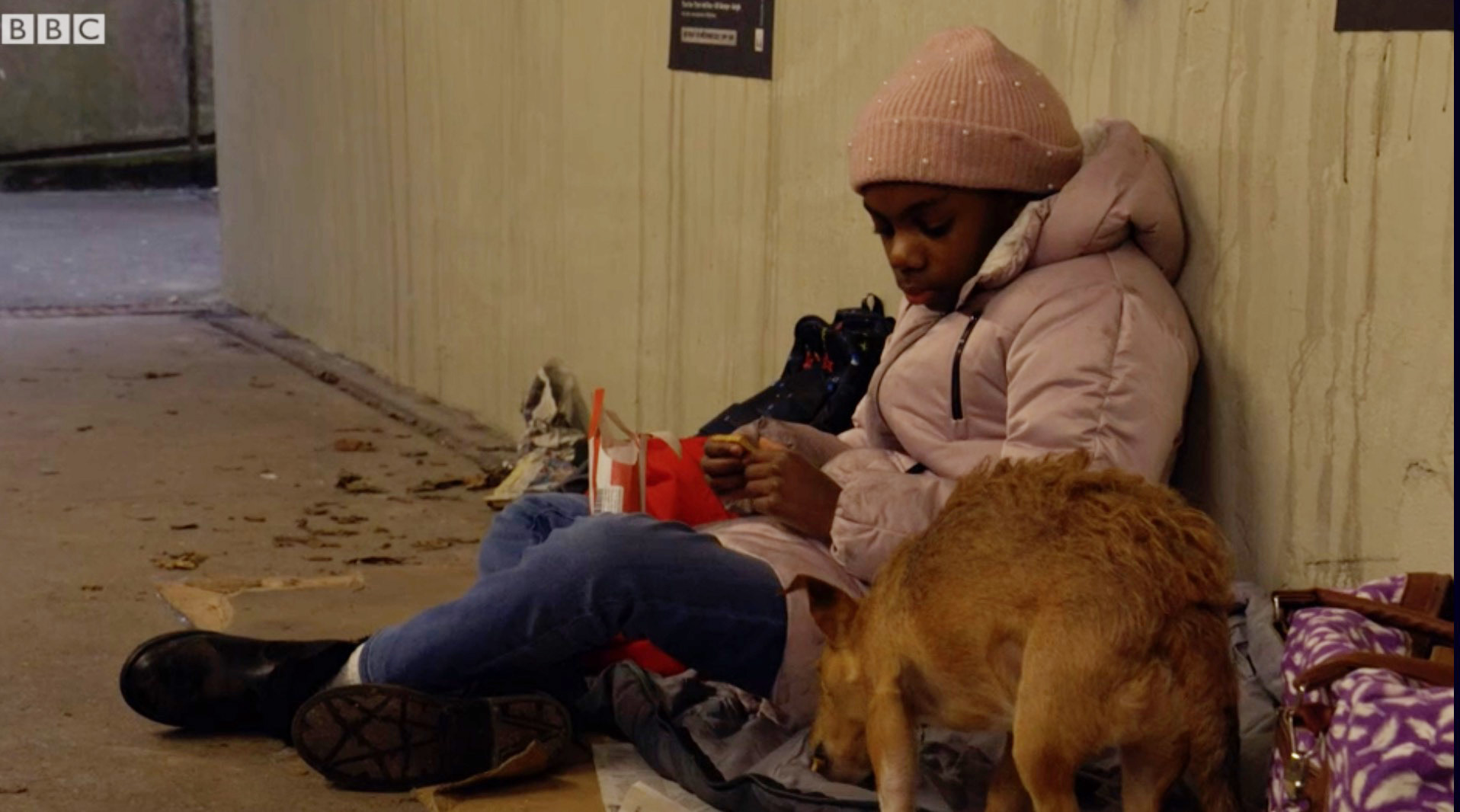 While Keegan was out looking for her, she was living in an underpass, struggling to find food to feed both her and Banjo and living out of a sleeping bag.

Things took a turn for the worse for Bailey when a team of cruel teens picked on her, stealing her bag and few belongings she had and making a run for it.

Bailey and Banjo both quickly gave chase, but it looks like things ended badly as the next time the dog was seen, he was covered in blood.

As Keegan put up missing posters to try and find his missing little sister, Banjo arrived back on the Square and quickly ran to him. 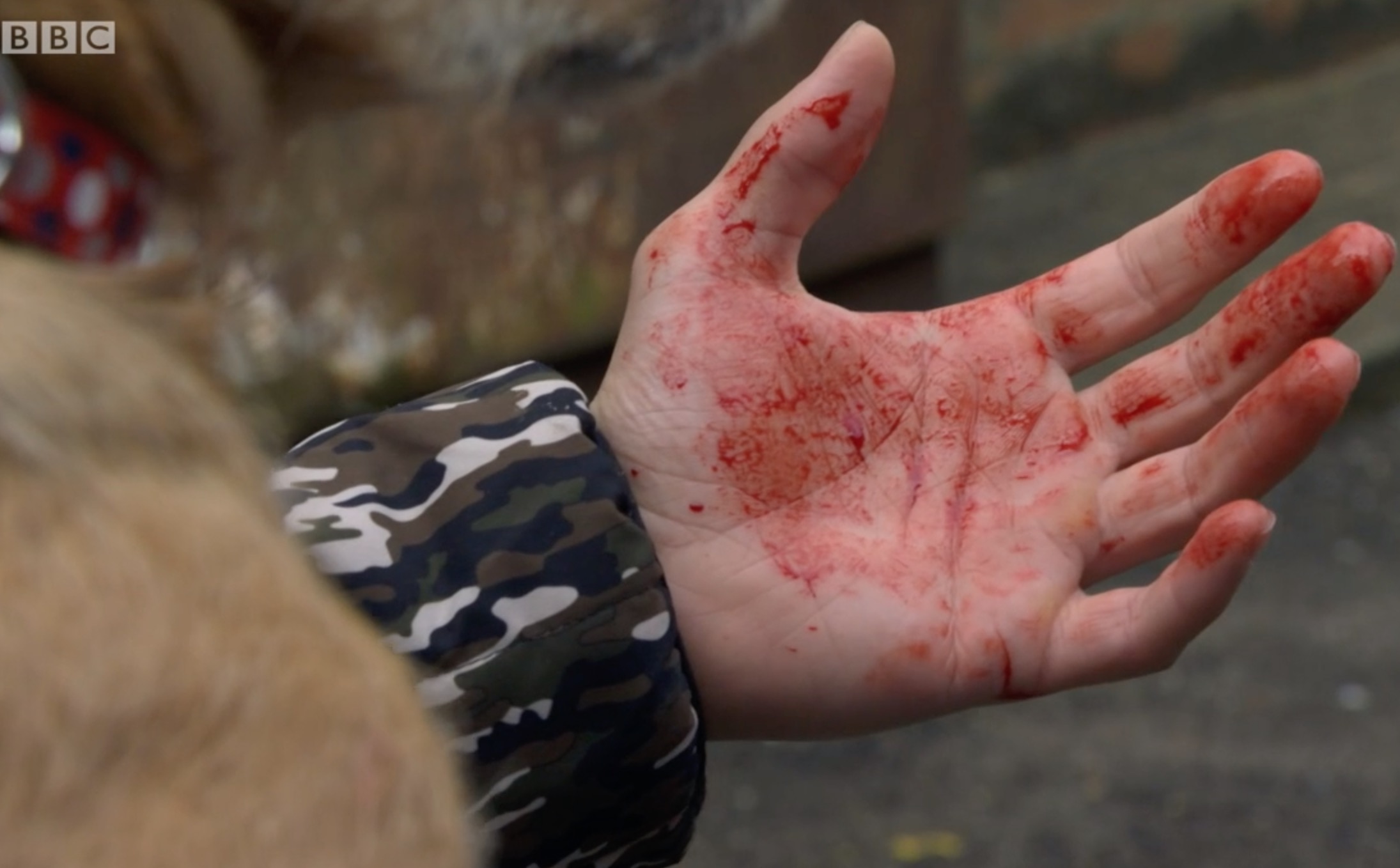 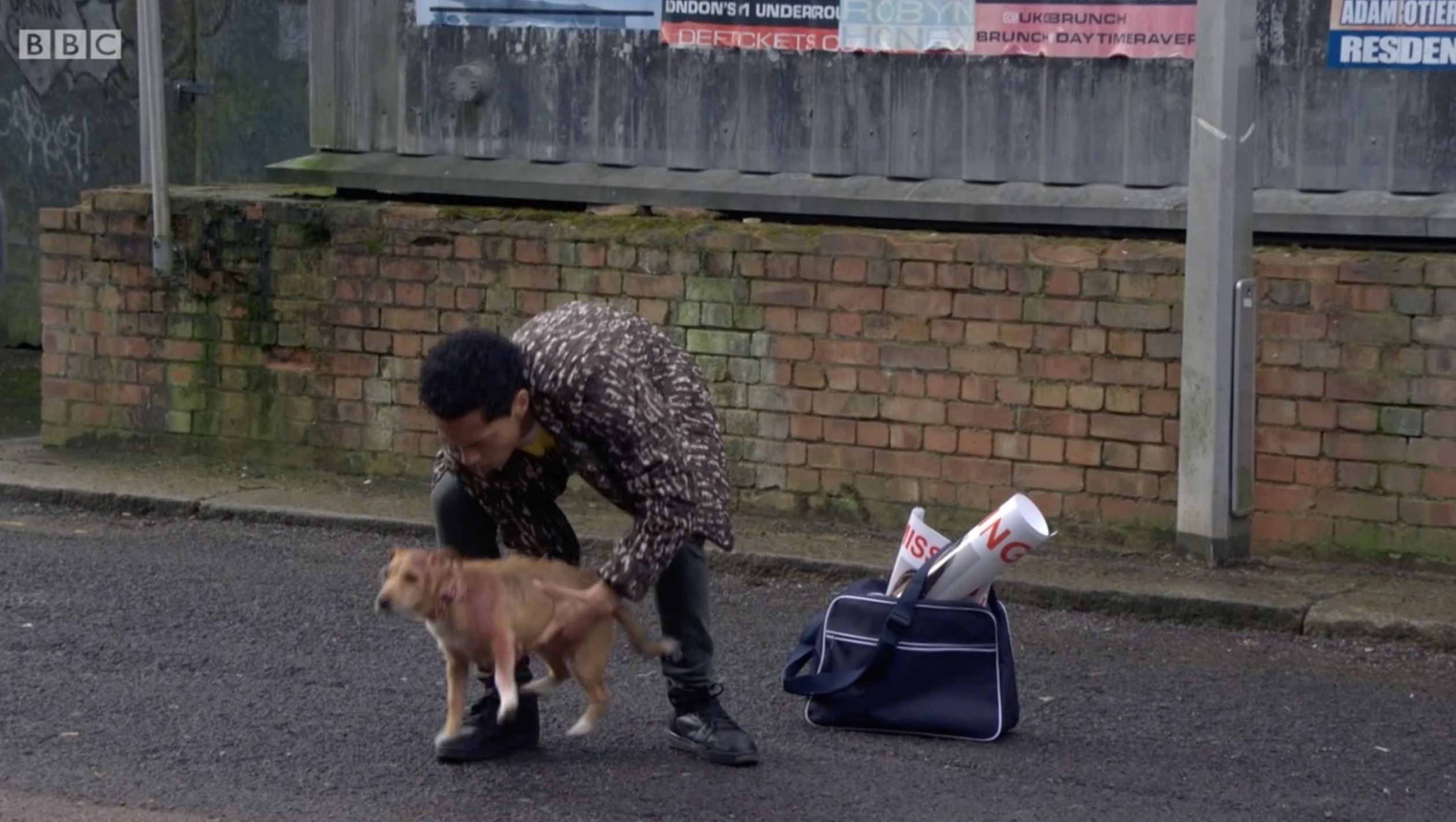 But Keegan’s joy at seeing Banjo’s return soon turned to horror as he realised the dog was covered in blood – presumably his, but possibly Bailey’s.

Viewers were fuming at the cruel thugs who would do such a thing to a puppy.

Bailey is on the run from home after discovering that her family was struggling with money – and believed that she was helping them by not being here.

However, as a youngster the streets are proving to be a real hazard, and stepmum Karen and dad Mitch are desperate for answers.

Will this be a happy ending or is tragedy only round the corner?

Thankfully we've got the spoilers for those who want to know.