But after tiring of his lies and his refusal to break things off with Honey (Emma Barton), Habiba ended things with the cheat last week.

While Honey was none the wiser for a while on EastEnders, ex Billy Mitchell (Perry Fenwick) told her something was going on.

When she confronted Adam he predictably denied it, although in recent scenes Honey had implied she knows all about his infidelities and is choosing to brush it under the carpet.

Her relationship with Habiba took a turn in tonight’s episode as the pair appeared to grow closer.

Following last night’s heart-to-heart when Honey did Habiba’s make-up, they shared another as Habiba was upset sister Iqra (Priya Davdra) had only just told her about her new love.

A sad Habiba was in the cafe when Honey came over and Habiba said: “She hasn’t told me about who she’s seeing. She said they’re serious and I had no idea.”

“Well sometimes you don’t actually see what’s right in front of you. Or choose not to,” Honey replied.

Habiba continued: “It’s not like she’s just met them recently and it’s some causal fling, she’s known them for ages. I’m really pleased for her, I feel stupid she didn’t tell me. I thought we told each other everything.”

“Thing is, how much do you ever really know about the people that you love? It doesn’t mean you still can’t love them. You and Iqra are joined at the hip aren’t you?”

“I thought we were,” Habiba sighed. 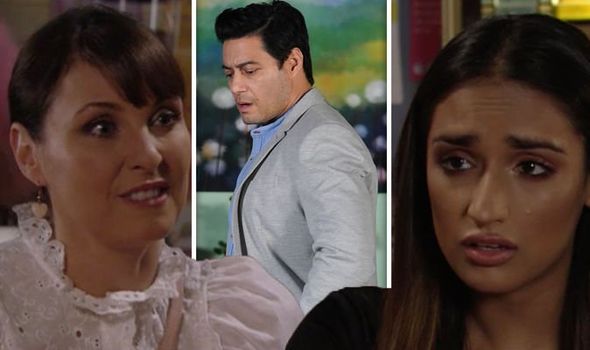 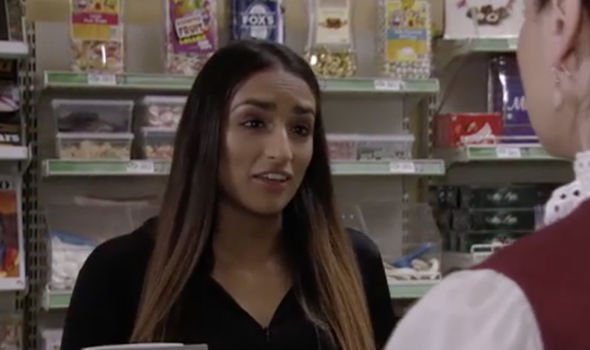 To which Honey retorted: “Listen, just because she didn’t tell you it doesn’t mean that she doesn’t love you or trust you.”

Later on, Habiba turned up at the Minute Mart to thank Honey for the support she had given her.

“I just wanted to thank you for earlier,” she shared as Honey asked: “Is everything alright now?”

“Yeah well, put it this way, you were right about her still needing me,” Habiba explained.

She continued: “There’s this thing we say about peoples’ character and we talk about their niyyah, it means your intention, and you have such good niyyah, Honey. 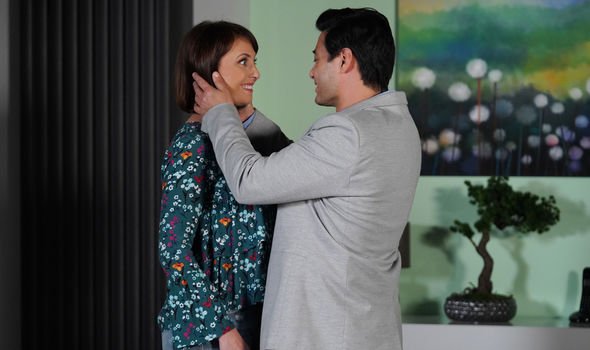 “You’re a good person and I know it’s not my place to say it but you deserve a lot better than someone like Adam.”

With Honey and Habiba getting closer, will Honey finally give Adam the boot?

Poor Honey clearly wants to forget about Adam’s bad behaviour but Habiba’s warnings may get her to reconsider.

Better yet, the pair could even team up to take Adam down themselves in a move which would be sure to delight fans as he deserves a comeuppance.

EastEnders continues Thursday at 7.30pm on BBC One.