Sharon (played by Letitia Dean) was last seen going into business with Ian (Adam Woodyatt) when EastEnders last aired in June, having both taken on the deeds of the Queen Vic pub. In the fictional world of the BBC soap, the pair have been living together during lockdown with baby Kayden and have become somewhat of a family unit. However, Dotty Cotton (Milly Zero) looks set to upset the apple cart as she is the only one who knows the ruthless businessman played a significant role in the death of her eldest son, Denny Rickman (Bleu Landau). With the truth bound to come out sooner rather than later, will the landlady play a devious game to ensure she gets revenge on her son’s killer?

Ahead of the weeknight serial drama’s return next month, soap boss Kate Oates and Jon Sen have teased viewers about what’s to come for some of Walford’s most infamous characters.

Referring to Sharon and Ian’s storyline, the Head of Continuing Drama at the BBC told Express.co.uk and other press: “[They’ve] taken over the Queen Vic and Sharon doesn’t know Ian’s role in Denny’s death.

“So that’s an unexploded bomb and sort of the irony is, she’s defending him as he becomes increasingly unpopular with other people in the Square and members of his own family.

“So, we’re [going to] watch that unfold,” she continued, with Jon also adding the ruthless businessman will be “creating as many enemies as ever before.”

Will Sharon be someone he thinks he can rely on or is she going to be playing a poker face to ensure he doesn’t get away with taking Denny away from her? 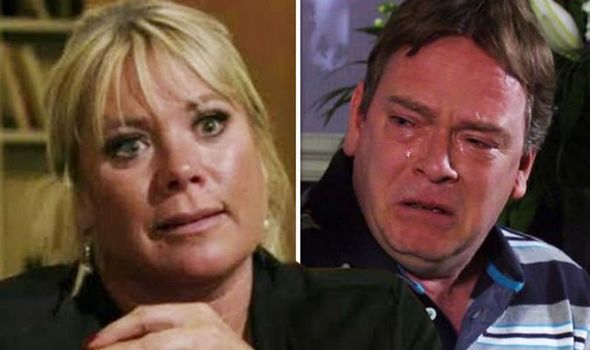 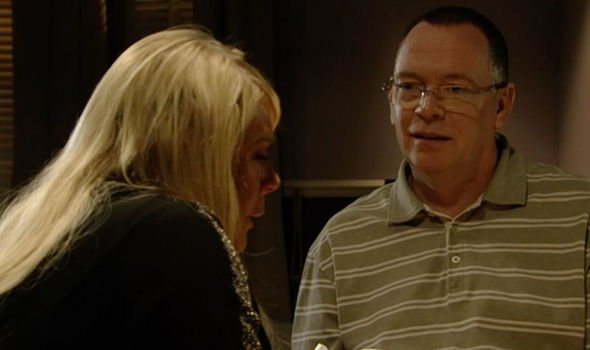 As the residents of Walford begin to cut ties with the long-standing character, Sharon could act as if she is being the doting best friend by making him feel she is someone to be trusted.

With Ian isolated from everyone he loves and holds dear, he would have to rely on Denny’s mother to be his one constant in the aftermath of his dark deeds.

This could be what the feisty landlady would have wanted all along so she had him firmly on side before destroying what hope of a family he had left.

In the ultimate takedown twist, the soap stalwart could instruct him to hand over his share of the pub to her before telling him to leave the Square for good. 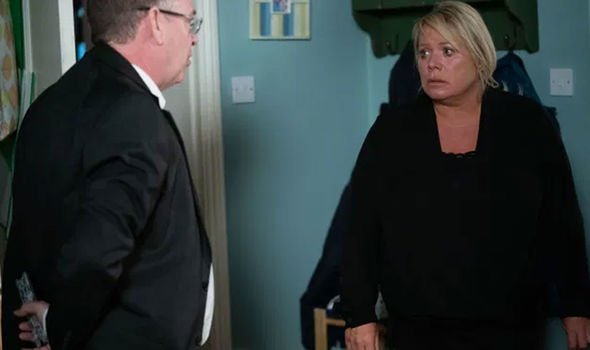 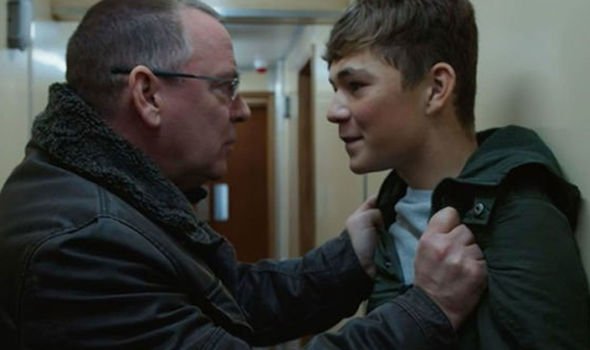 With no-one left to defend him and Sharon’s revenge plan having worked a treat, will Ian decide to pack his bags and leave Walford for good?

The mother-of-two will be left heartbroken, however, as she has to get her head around her best friend killing her son.

Having lost so much in the past few months, this will be yet another blow the strong-headed landlady will have to overcome.

Kate had previously explained the aftermath of Denny’s death would provide countless drama for months to come when it was announced he was the victim of the 35th-anniversary blockbuster episodes.

In teasing who would be killed off earlier this year, the soap boss told the press, including Express.co.uk: “We knew this was the story that would really power us through months and months of future stories, which we are really excited about.

“There is something almost Greek tragedy about this particular person dying,” she continued, before adding: “There will be serious consequences to this story.”

Having been a powerhouse pair since the soap started airing 35 years ago, will this be the end of a beloved friendship between Sharon and Ian??

With the drama on-screen set to hit fever pitch, there have been some changes made to allow the actors to work safely in light of COVID-19.

CAN’T SEE THE POLL BELOW? CLICK HERE TO OPEN IN YOUR BROWSER

Speaking about the developments, Jon explained no major changes were made to storylines as he said: “I think it’s a responsibility of a soap to reflect int he great world and the great society and the seismic shifts that have happened in the country and reflect those narratives and what’s going in people’s lives.

“So, of course, we wanted to reflect that but we just adjusted the stories that we had to really, really kind of embrace that.

“As I say, the huge impact on domestic violence narratives that lockdown had, we really kind of touch on that [with Chantelle Atkins and Gray Atkins].

“So it’s, it’s kind of business as usual but with a COVID twist,” the show’s executive producer added.

EastEnders returns Monday, September 7 at 8pm on BBC One.