In 1962 Elvis Presley starred alongside Anne in the hit movie Follow That Dream. At the time, Anne was a well-known actress of her own right and had previously found fame modelling, appearing in a range of commercials and dancing professionally at the Copacabana club in New York City. Her biggest break was working with Elvis in Follow That Dream, however, where she played the King’s love interest, Holly Jones.

In the film, Elvis played Toby Kwimper, who set up a camp at the side of the road when his family’s car broke down.

While filming the movie in the summer of 1961 in Florida Elvis and Anne were frequently seen out together.

The King would not confirm anything about their relationship publicly. At the time he was engaged to Priscilla Beaulieu before marrying her just four years later.

Speaking about his co-star, Elvis said: “Anne is one of the nicest young actresses I’ve ever worked with. She worked very hard down there in Florida, and there was no conceit in her.” 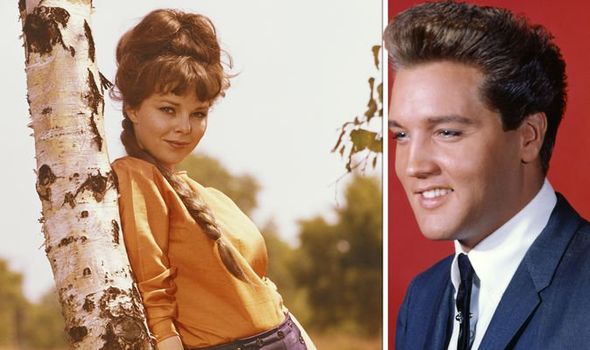 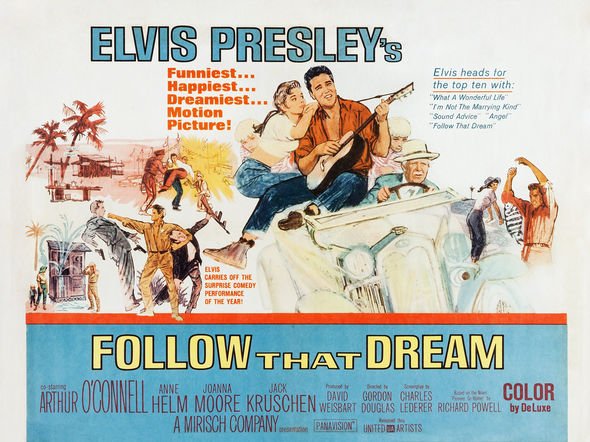 Elvis also said: “We had a lot of time together when we weren’t working. We’d go back to the motel where the whole crew was staying, and watch TV or play blackjack or Monopoly. We ate dinner together, too. We had a lot of fun – she’s really a wonderful girl.”

At the time, Anne denied having any sort of relationship with Elvis other than being friends – but she changed her tune in 2010.

She said: “We did have a romance; it was quite wonderful. Elvis was away from the madding crowd. It was like a shipboard romance.”

The actress then gave some brief details about the raunchy nature of their relationship in the heat of summer, ’61. 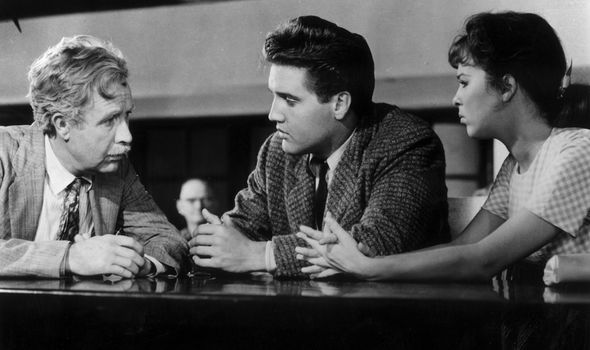 Anne said: “In those days we were very promiscuous and of course I knew he was having a lot of affairs, but we really adored one another.”

The actress, who was just 19-years-old at the time, then revealed how serious she was about being with Elvis, who was 26-years-old.

She said: “I mean, I really loved him. I just sensed that his life was very compartmentalised. It was a more innocent time.

“We were very young… Everyone knew about Priscilla, although he didn’t talk a lot about Priscilla to me, but it was rumoured they were going to be married.”

Elvis Presley stars in 1966 trailer for Frankie and Johnny

Going on to gush about hanging out with Elvis and his friends, The Memphis Mafia, Anne said: “He loved to hang out with the guys.

“They made his word good. No one questioned what Elvis wanted. It wasn’t that his demands were out of line. He just didn’t want to put up with any nonsense.

“He had a lot of patience. He was always very polite, but he wanted things a certain way. It wasn’t my idea of a fun date after a while. It was just me and the guys. It was just never quite comfortable for me.”

She went on to add: “I mean, it’s abnormal to have a relationship with seven or eight guys. Naturally, they disappeared when we had romance, but then they came back again. That’s sort of a strange way to spend your evenings with a person you care about.”

Anne said: “I really fell for Elvis – I mean, who wouldn’t? But the celebrity he was, it was difficult. He was loved by so many people.

“I met him in a very small community. It was a motel, basically. There were about 50 or 60 of us on location, the crew and everyone else involved in the movie.”

Follow That Dream was a runaway success at the box office, reaching number five on the Variety weekly Box Office Survey at the time.

The same publication called it “above average” compared to some of the King’s previous movies.