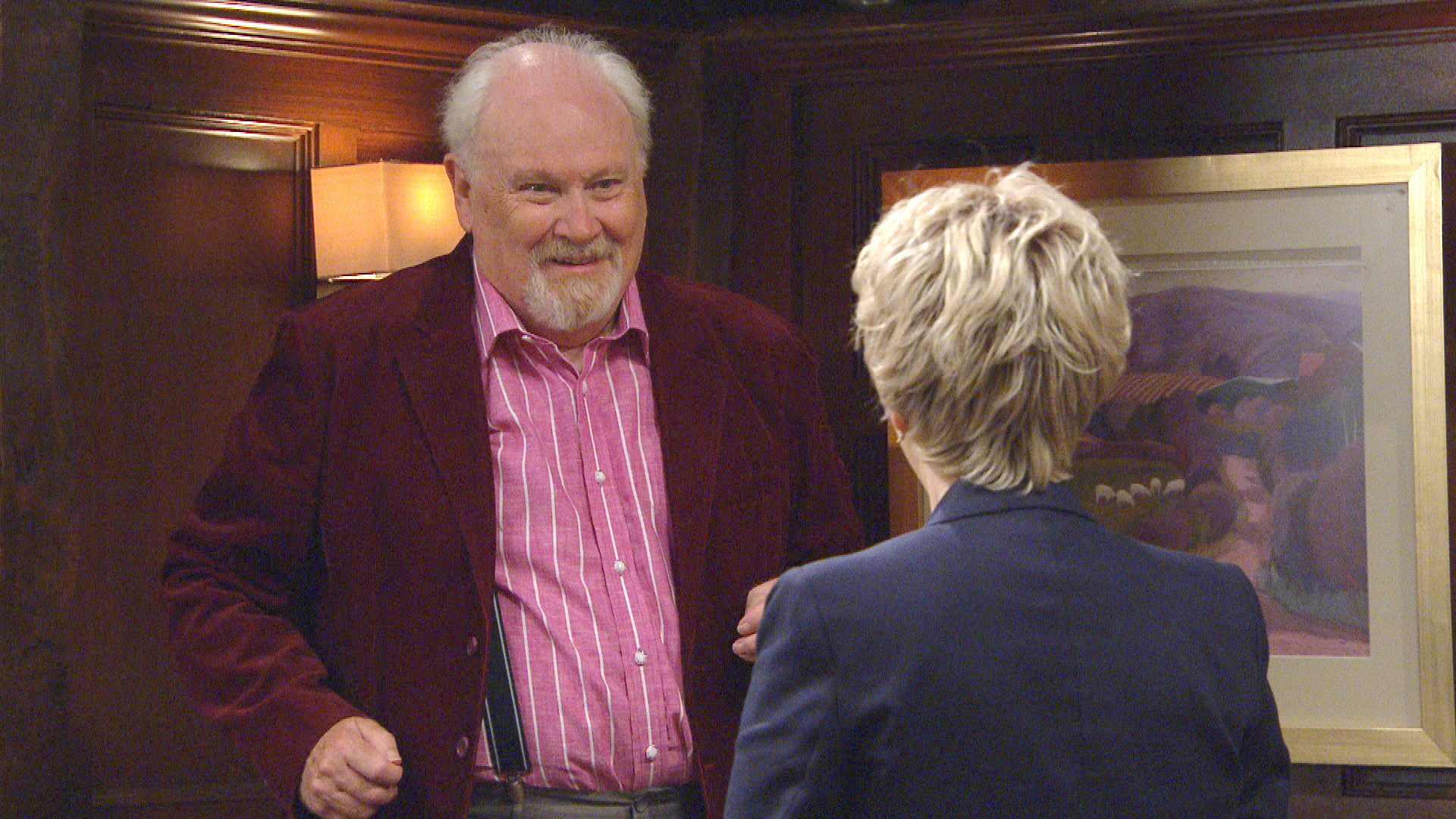 When Diane arranges to meet a man for a date in the pub, she’s unprepared when Michael arrives and turns out to have quite a strange passion for something.

Will Michael end up impressing Diane?

Discussing his appearance in the soap, Colin said:

‘I am so old that I remember watching Emmerdale Farm long before it became just Emmerdale when my friend (and colleague from Doctor Who days) Frazer Hines was a youthful Joe Sugden and the wonderful Arthur Pentelow was in the cast. So to get a call to join the cast, albeit briefly, as a possible love interest for Elizabeth Estensen, an actress I had long admired, certainly appealed to me.

A bonus was the fact that also in my scenes was Rodney Blackstock, played by my old friend Patrick Mower. I enjoyed my Covid compliant time with both of them in Leeds inordinately. As to what happened, well you’ll just have to watch and find out. It’s a bit of a puzzle actually!’

Colin is well known for playing the six incarnation of the Doctor in BBC One’s Doctor Who.

His credits also include Doctors, A Christmas Carol and Shadows of a Stranger.

Colin will make a cameo appearance in the ITV soap later this month.