Sorry, this video isn’t available yet.

Will Taylor (Dean Andrews) is on a mission, but he isn’t half making it complicated for himself.

The Emmerdale local is going behind the backs of Kim Tate (Claire King) and Gabby Thomas (Rosie Bentham) to use young Thomas’ hair to ascertain whether Jamie is alive.

For a DNA comparison they need a sample from a blood relative of Jamie and Will decides on the simplest option – Jamie’s kid.

Gabby is pleased when Will offers to babysit Thomas, obviously not realising he has an ulterior motive. 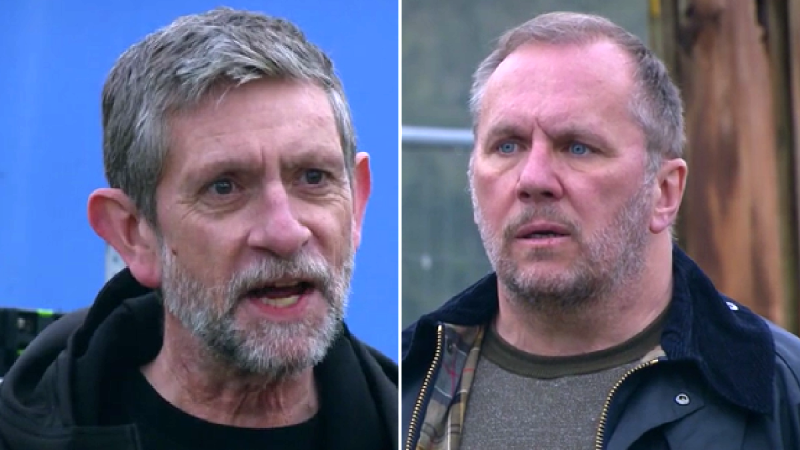 He takes a sample of Thomas’s hair and places it in a DNA testing kit, which he hands to Mike, the man he has hired to carry out the tests on the down low.

Mike has claimed to have seen Jamie but only DNA will prove who it is.

But in this new clip, Will’s hopes are dashed when Mike tells him that results won’t be ready for a while – unless he is willing to cough up.

Telling Will that he doesn’t work for free (rude), he puts a price of £3000 – which doesn’t go down well with Will,

Realising he has no alternative, Will asks Mike for a few hours to get the funds together.

If only he knew someone incredibly wealthy…

Of course, Kim is in the dark about the whole thing, so any cash he takes from her will have to be taken against her Will (pun intended and hilarious).

But as Will risks his relationship and his life – this is Kim we’re talking about – is Mike really to be trusted?

Or could his claim to have seen Jamie been all a ruse to siphon money from him?