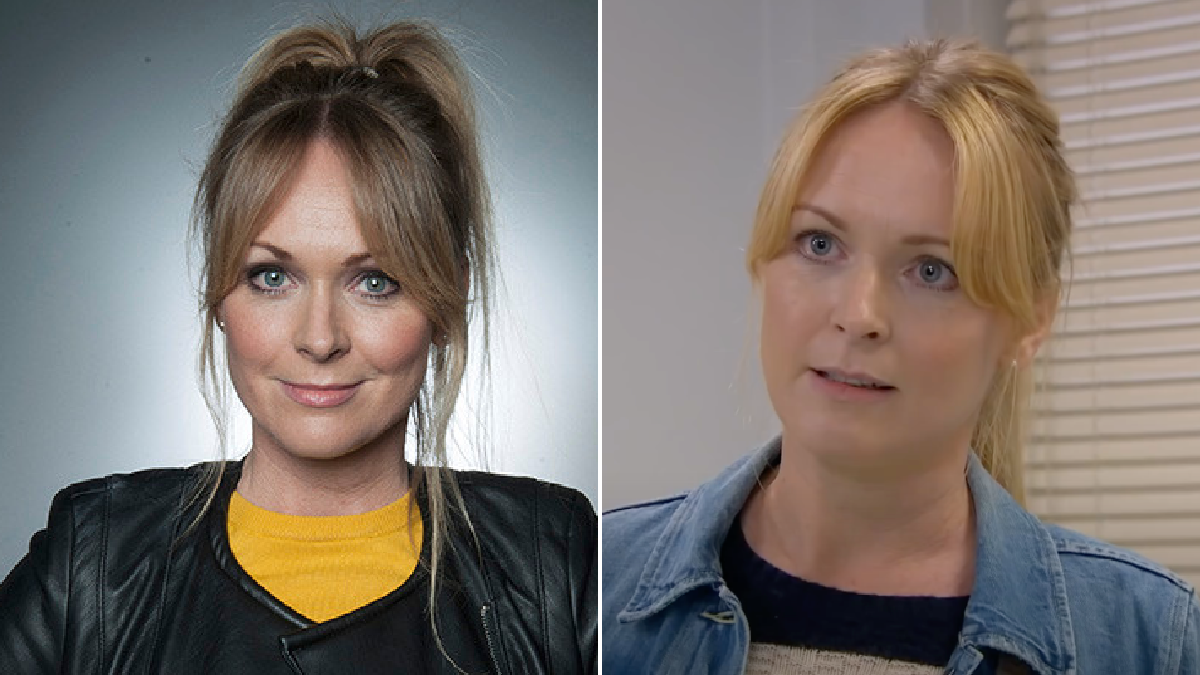 Emmerdale star Michelle Hardwick revealed that she took a break from social media, after receiving a horrific comment from an online troll.

The actress, who portrays Vanessa Woodfield in the ITV soap, explained that the comment was left on a picture of her with wife Kate Brooks and their son Teddy.

‘We had a little social media break because we had a terrible, terrible comment on one of his pictures, telling me and Kate we’d burn in hell and it’s absolutely disgusting, it’s wrong,’ she said.

‘I never, ever respond or re-tweet or whatever, but I did with that one. I put it out there onto Twitter and the response was fantastic.’

Michelle said that comments such as this one are proof of why gay Pride is still needed.

‘When you do get those odd people that’ll turn round and say: “Well why do you still have gay pride, why do you need that?” Then you go: “Because of people like that,”‘ she added on Out with Suzi Ruffell podcast.

‘That’s why we still need them. To normalise it as much as we can’.

Emmerdale will be celebrating Pride next week, in spectacular scenes which will feature an appearance from Drag Race UK’s The Vivienne.

Michelle, meanwhile, made her latest appearance in Emmerdale late last year, ahead of giving birth to her son in October.

‘On Friday 9th October, this handsome little chap entered the world,’ she wrote on Instagram after welcoming her little bundle of joy. ‘Edward “Teddy” Peter Brooks we are so in love with you.’

Michelle looked so happy in the accompanying picture, as she lay in a hospital bed with her son laid next to her.

The soap star teased her return to Emmerdale earlier this month, sharing a tweet from co-star Dominic Brunt.

‘True representation of me trying to make emmerdale scripts stick in my head after time off,’ wrote the Paddy Kirk actor, who accompanied his tweet with a meme featuring a man trying to nail the tide to the beach.

Michelle said that the thought of learning her lines is already giving her ‘anxiety dreams’.