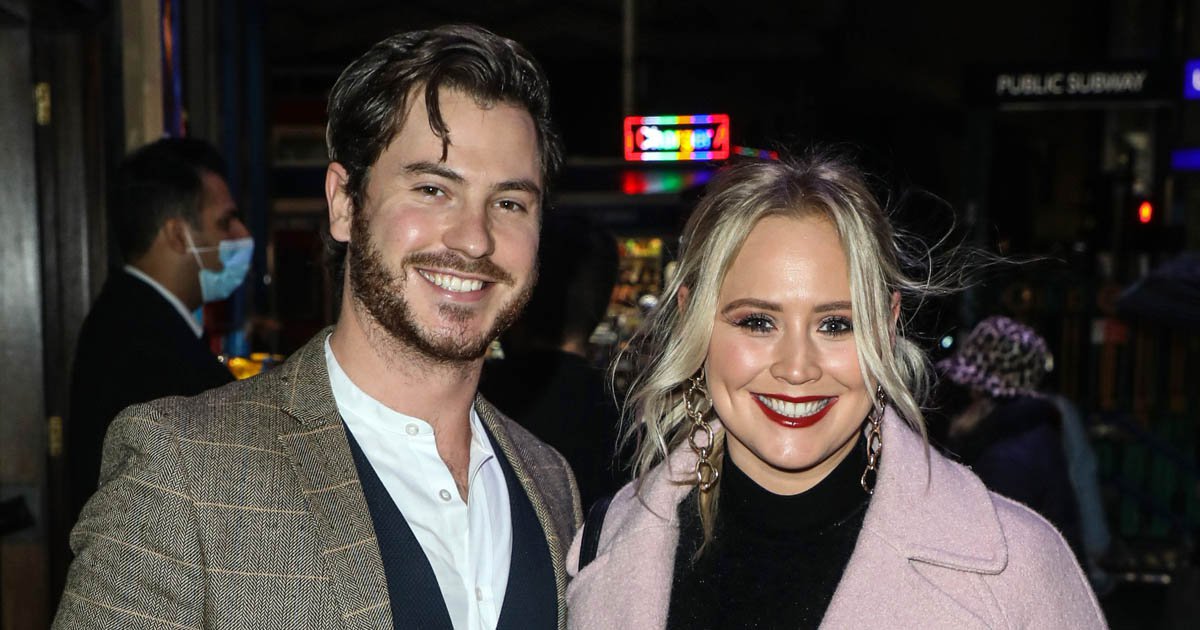 The couple, who have been dating since last year, revealed their happy news this morning, with Amy saying that they both feel ‘incredibly lucky’.

‘It feels as though the way everything happened was meant to be,’ she said.

‘I thought I might struggle with fertility, so for pregnancy to happen quite easily and when I wanted – I was gobsmacked. We feel incredibly lucky.’

‘I was diagnosed with polycystic ovary syndrome at 20, so I always thought falling pregnant was going to be a battle.

“It’s something you feel you have to tell someone when you meet them, because you feel like you need to warn them.

‘Toby knew how worried I was, especially as I’m a bit older. I did wonder if it would ever happen for me, so it feels like a blessing

Toby, who plays serial Killer Gray Atkins on EastEnders, added to OK! Magazine: ‘There’s never a perfect time. You could always think: “We could do with a bigger house or investing more time in our careers,’ but if you’ve met the right person then that’s it.”

Toby and Amy struck up a romance in late 2020, making their first public appearance together at a performance of A Christmas Carol in London.

‘It’s early days but they really like each other,’ a source told The Sun at the time.

‘They’re both very busy with packed work schedules at opposite ends of the country, but they try to spend as much time together as they can.’

Amy received acclaim for her work on Emmerdale last week, as mum Tracy was diagnosed with postnatal depression in emotional scenes.

Toby, meanwhile, has terrified audiences with his portrayal of EastEnders villain Gray. The scene which saw the character murder his wife Chantelle (Jessica Plummer) was nominated for Must See TV Moment of The Year at the BAFTA TV awards.

Amy was full of praise for her beau at the time, sharing word of the nomination on social media.

‘Could not be more proud,’ the actress wrote of her boyfriend’s achievement on Instagram Stories.