EMMERDALE fans are convinced Kim Tate is going to kidnap Gabby Thomas’ baby after she referred to it as her own.

The scheming superbitch – who is played by actress Claire King in the ITV soap – is being secretly poisoned by a mystery assailant. 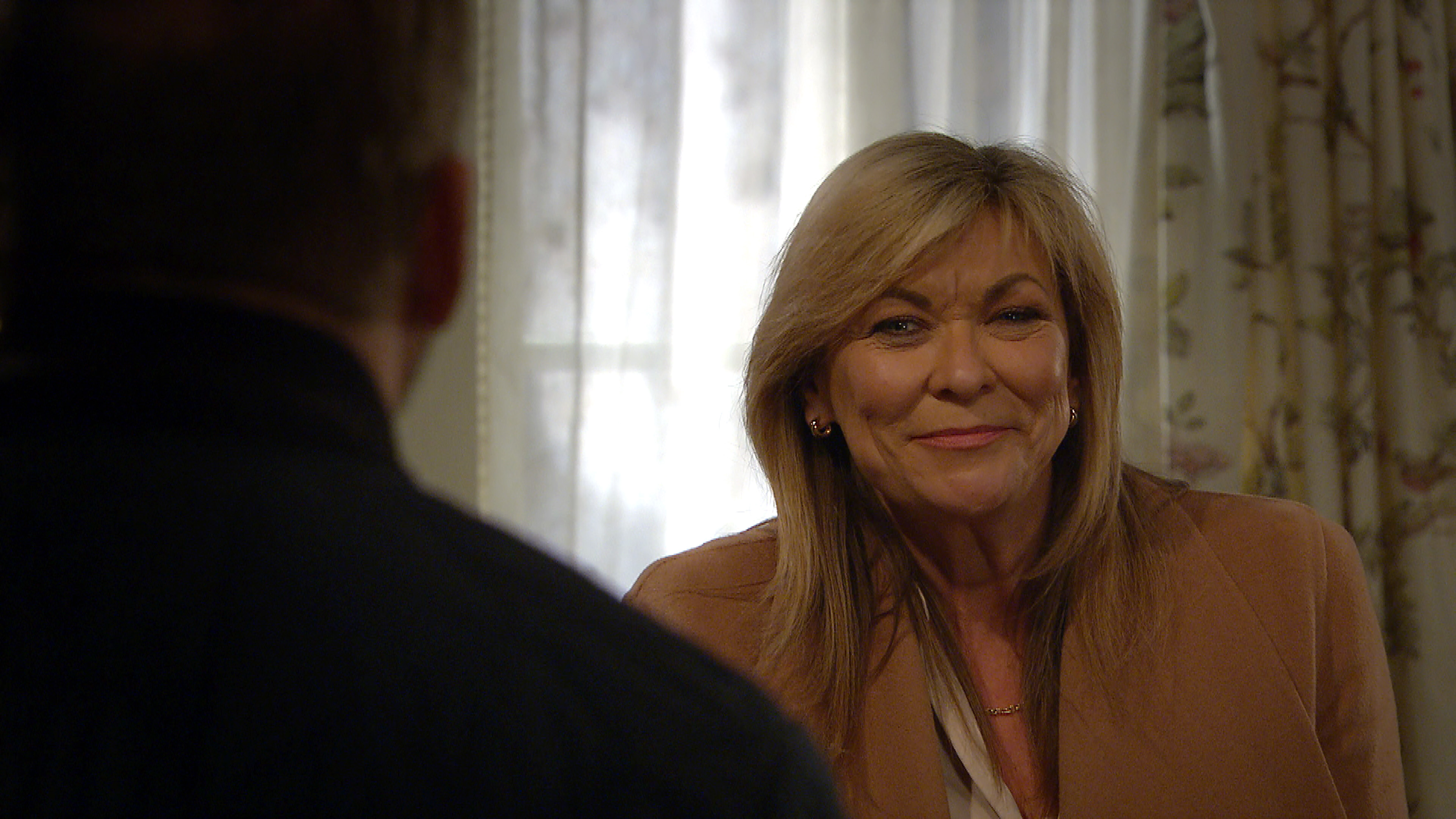 After Andrea banned her from seeing Millie again, Kim was devastated and exhausted she passed out.

After waking up, Kim thanked Gabby for her support.

She said: “Thanks for standing up to Andrea.

“You’re very loyal but would you want me looking after your baby in this state?

“Not that anyone else can know about this. It has to stay between us. You’ve proven I can rely on you and that means a lot.” 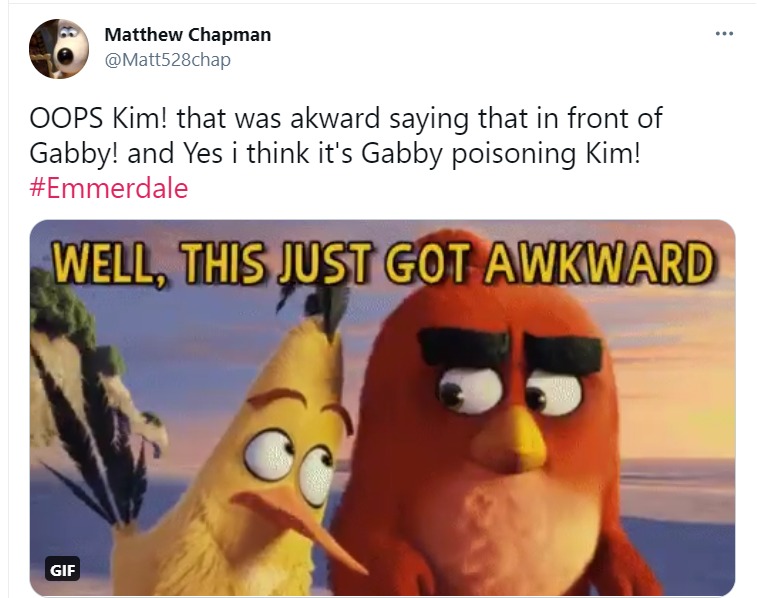 Gabby jumped up to make Kim some ginger tea to make her feel better and she gave her a special gift.

Handing over a scan picture, Kim was elated.

“Oh my baby,” she said before clocking Gabby’s worried expression.

She then said: “Not literally, obviously.” 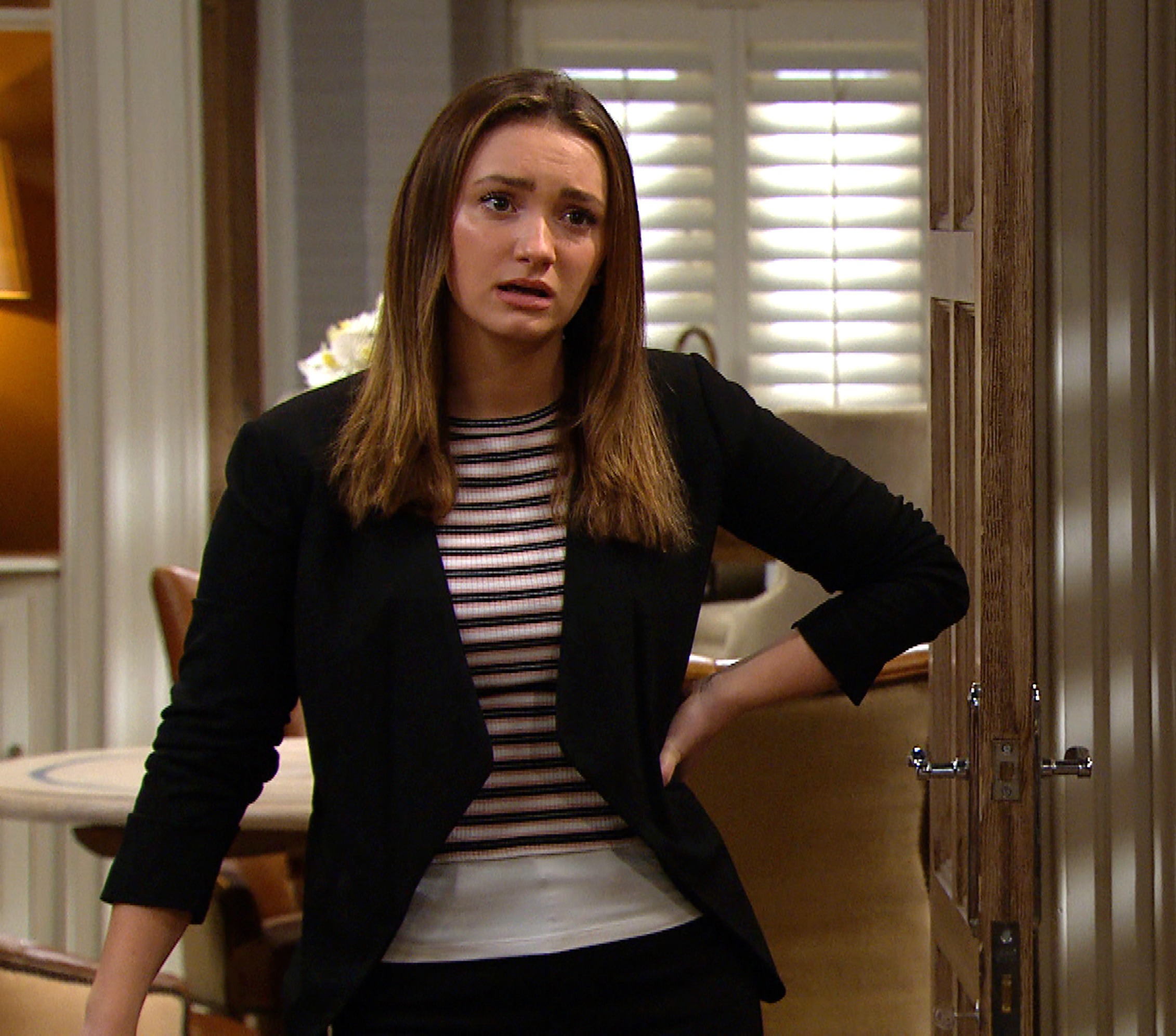 However fans are worried Kim will steal Gabby’s baby in her confused state.

One wrote: "OOPS Kim! that was akward saying that in front of Gabby! and Yes i think it's Gabby poisoning Kim! #Emmerdale."

A second said: "Kim:- My baby Point proven she's only sweet talking Gabby so that she can have the baby for herself. The sooner Gabby gets away from Kim the better. She needs to move back in with Laurel #Emmerdale."

Another added: "Oh Gabby looked worried then when Kim said "My baby" #Emmerdale."