EX EASTENDERS star Matt Lapkinsas has been rushed to hospital with a mystery liver illness.

The 32-year-old actor is undergoing tests all weekend as doctors try to work out what is wrong. 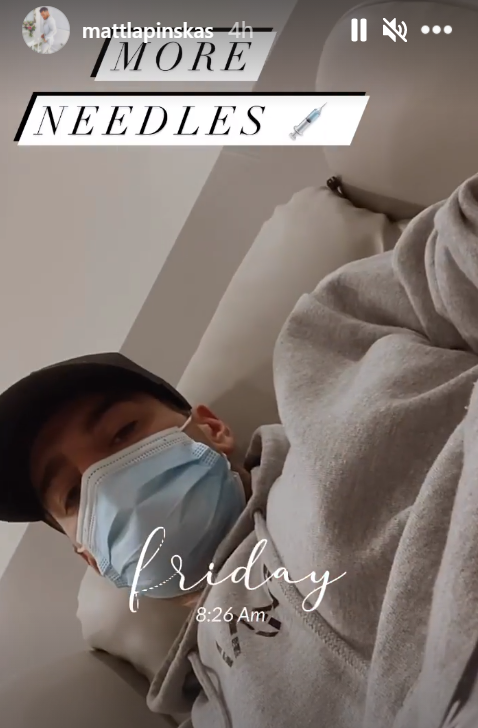 Earlier this week, Matt took to his social media page late at night and wrote: "What a time to be told you have to go A&E FFS".

He then shared a picture of his "urgent referral" card, and a cannula in his arm as he added: "Looks like they're keeping me in".

Taking to his Instagram Story last night, Matt thanked fans for their support as he revealed he'd been briefly allowed back home.

He explained: "I'm back home now with further tests tomorrow and Saturday. 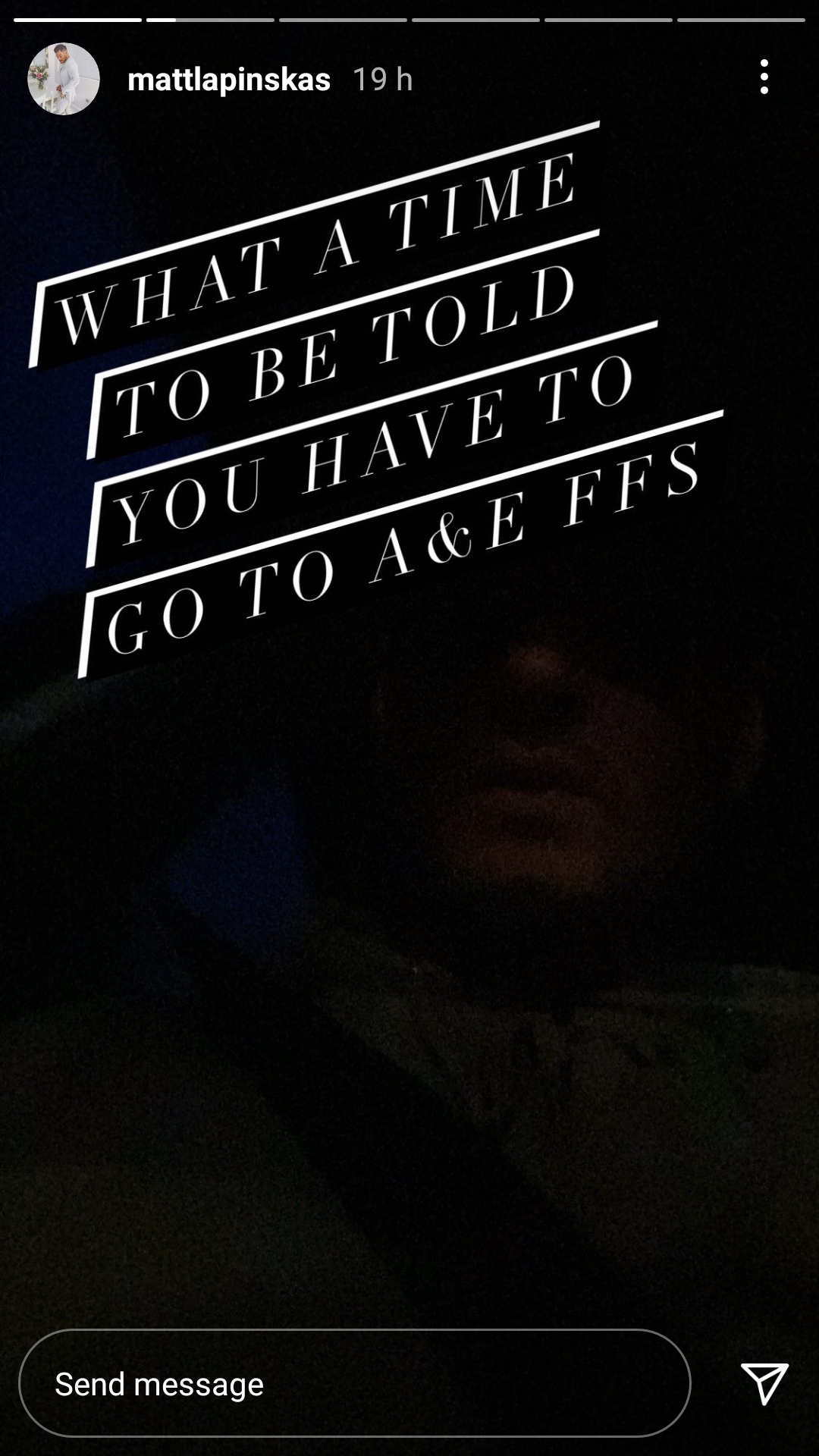 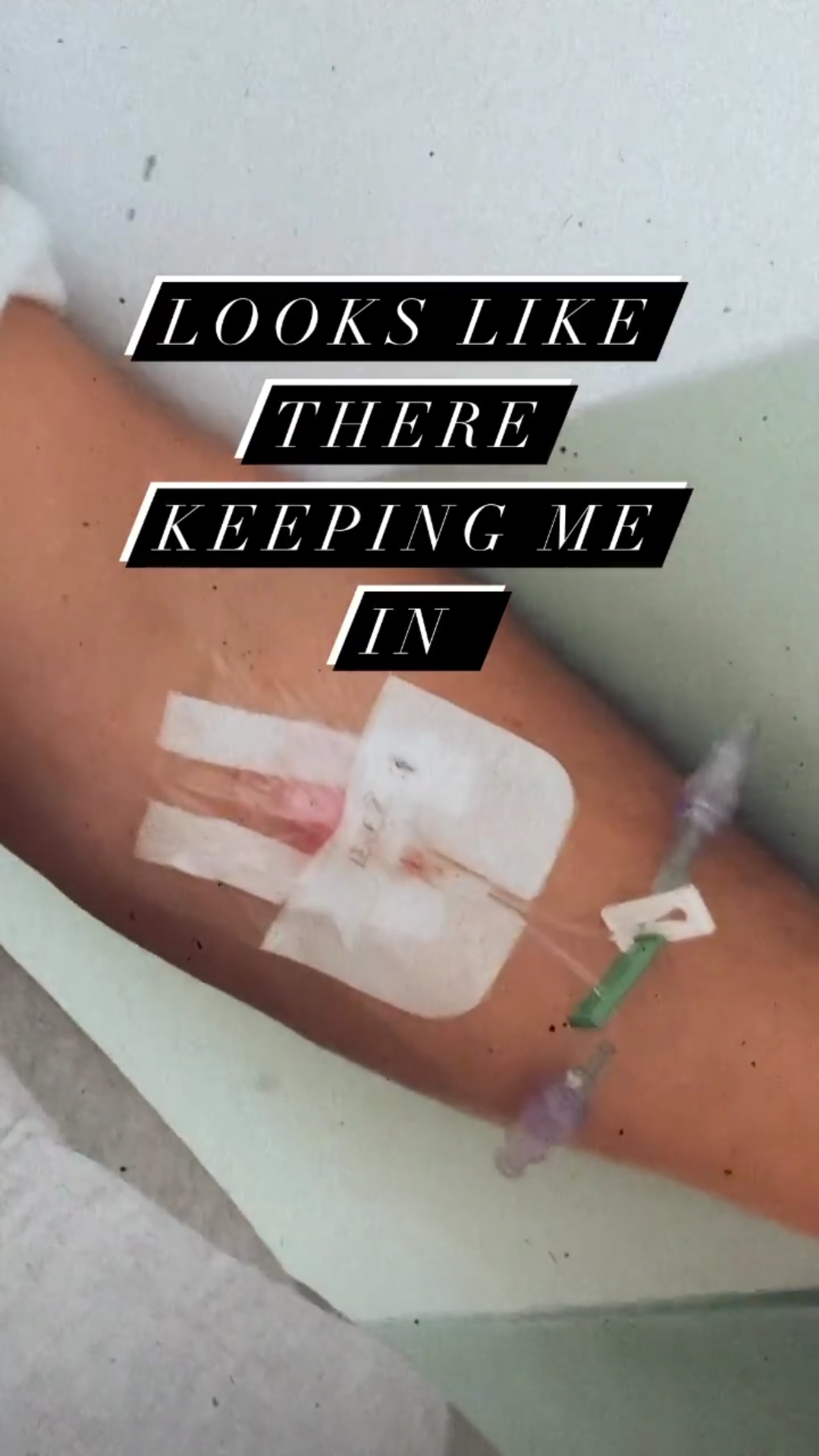 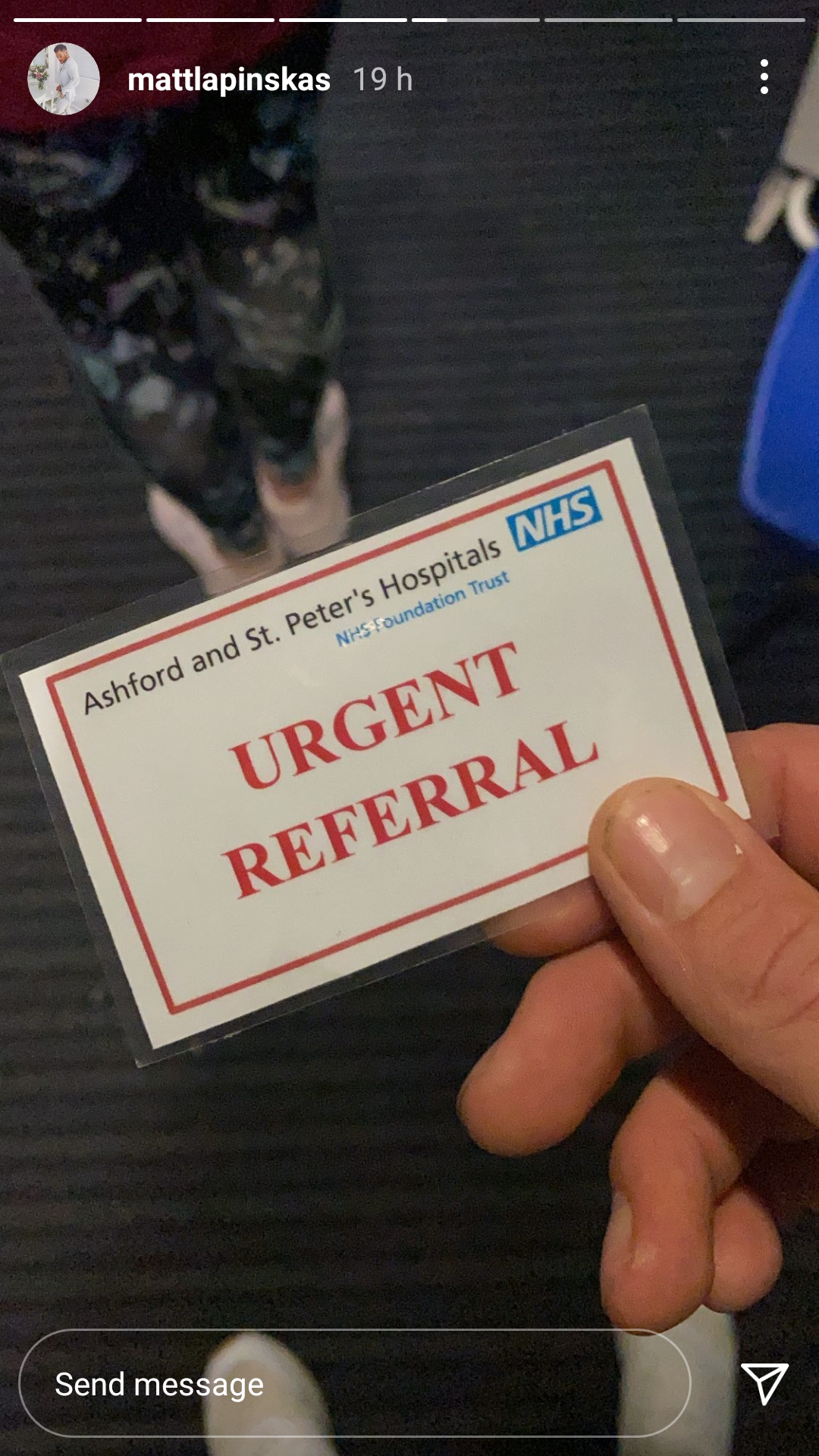 "Basically, I have something wrong with my liver and it needs looking into.

"I feel better than I have done the last few weeks but maybe it's a delayed effect."

And early this morning, he was back on the ward – documenting his trip in a video as he walked through the corridors. 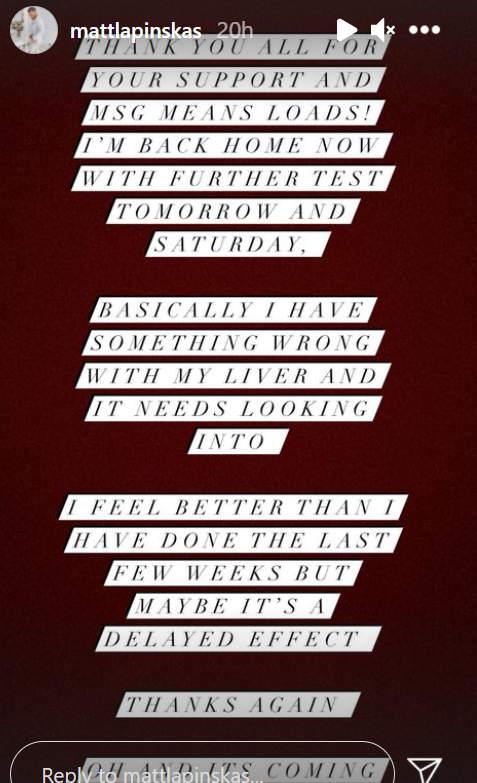 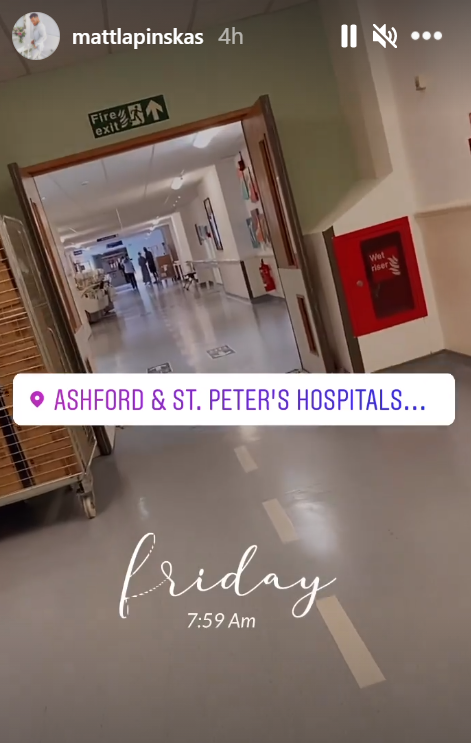 Matt was then seen looking fed up as he sat in a chair with a protective face covering, showing off his bandaged arm after having "more needles".

Dressed in a comfortable grey jumper, baseball cap, and with a carton of orange juice on his lap, the star did not reveal how long he anticipated being in hospital for. 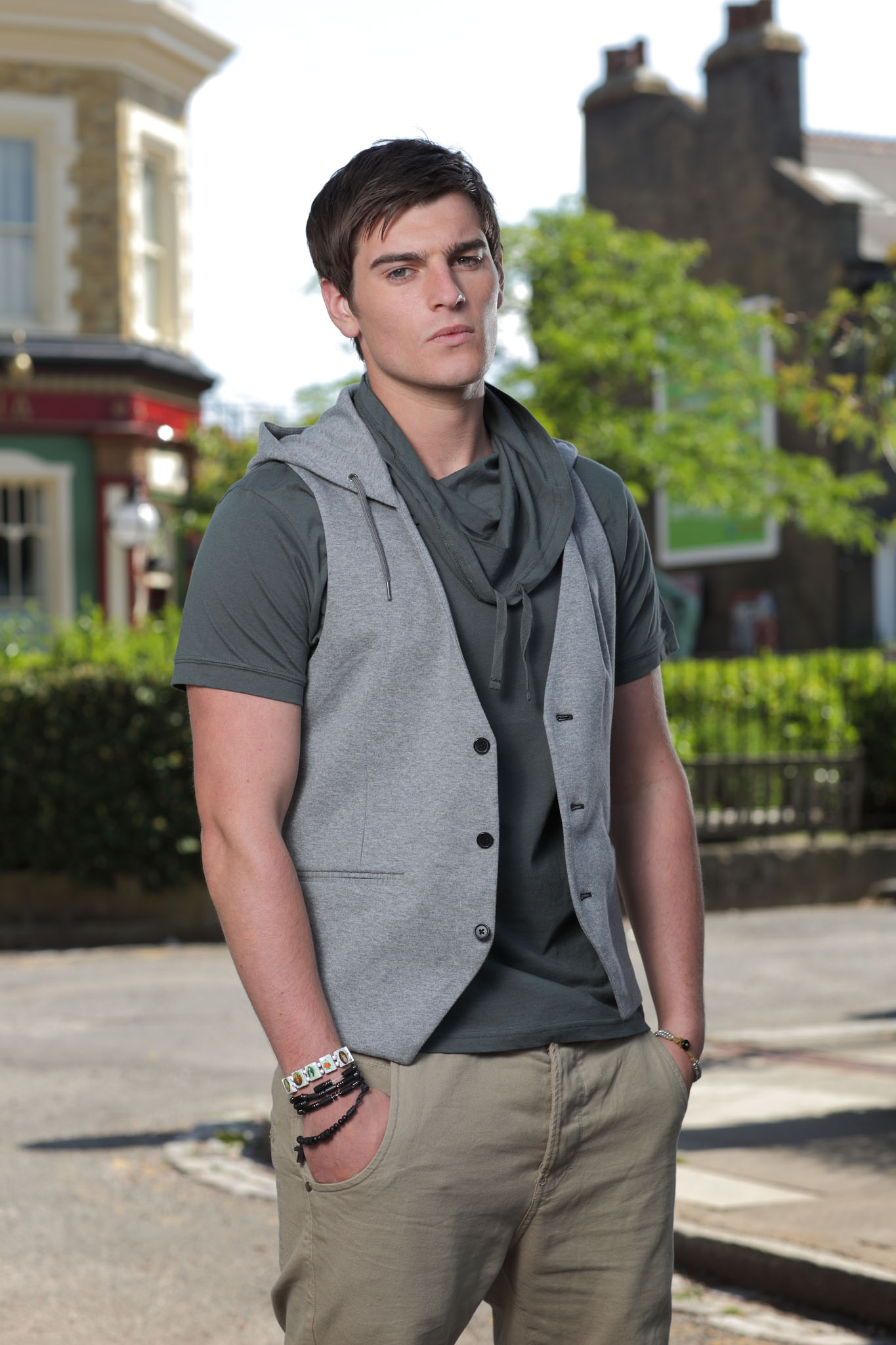 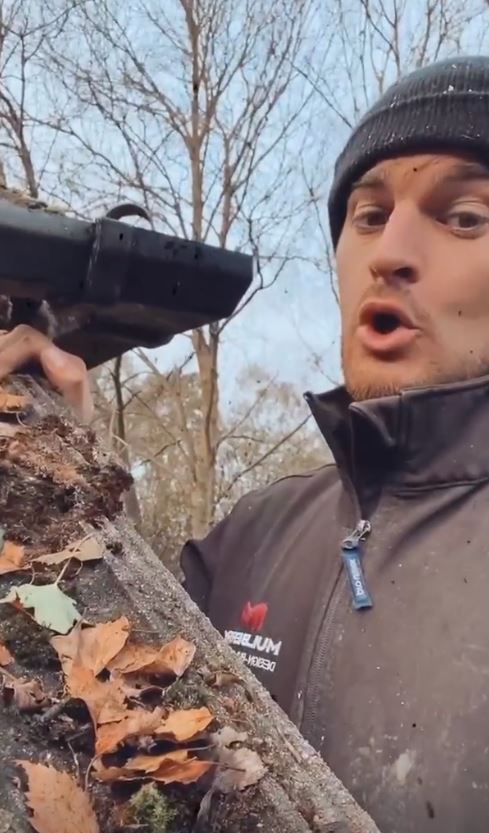 He left the following year, and went on to compete on Dancing On Ice in 2013.

Matt then quit the limelight and set up his own building firm called Brightside Builders, with the TV star even offering fans free building quotes back in November.

However, earlier this year he revealed that he wants to flex his creative muscles once more and will add another string to his bow by releasing his first album.