Finding Jack Charlton: Jack recognises himself on the TV

Finding Jack Charlton aired on BBC Two last night and took an in-depth look into the former Ireland manager, Jack Charlton’s extraordinary life. The documentary was filmed during his final 18 months and saw his special relationship with Ireland, his relationship with his brother Bobby and his battle with dementia. Jack’s wife, Pat Charlton and son John Charlton, alongside several celebrated Irish players, musicians, writers and politicians also appeared in the show as they paid tribute to the football legend. During one scene in the documentary, Jack was sitting at his kitchen table with a laptop in front of him which was playing old clips of football games and he recognised Paul McGrath.

The voice of Dr Michael Grey, Motor Neuroscience Physiologist said: “The trauma from heading has been linked to decline in brain function.”

Pat came into view and added: “I don’t want him to know. I just wanted him to think he’s got a bad memory and he’s talking trade is ‘I’ve no idea.’”

Jack, who was sitting in the kitchen was asked by his wife: “Who is it Jack? On there,” and he failed to give a response.

Pat continued to explain her way of dealing with the dementia diagnosis and Jack: “I didn’t want him to think he’s going to get worse and worse, which it will do, unfortunately.” 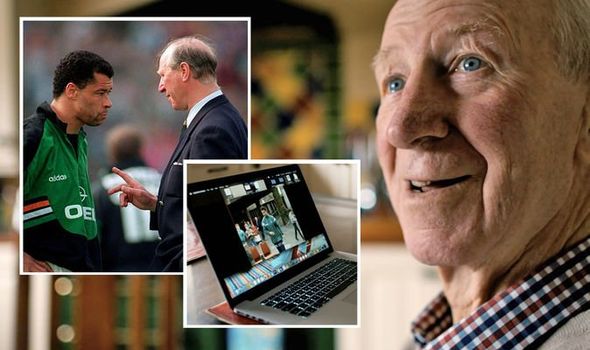 Dr Michael Grey continued with: “People with dementia know they have a problem, and when they say they don’t know typically that’s with a fair bit of remorse.”

Pat said: “You don’t know how much they take in, if you said to him Jeff Hurst, he would look and go ‘Who?’ But if he met Jeff, he would know him.”

Paul McGrath then showed up on screen and Jack turned around to Pat and exclaimed: “Paul McGrath!”

One said: “I don’t know how many times I’ve watched this, watched his face, watched the recognition, the little smile at the end. It’s possibly one of the most beautifully human things I ever saw.” 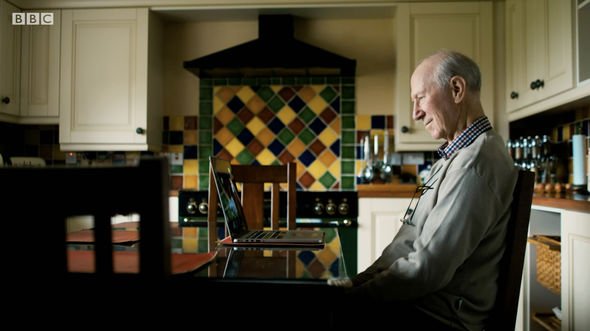 “Very special moment indeed, no prompting needed for Jackie to recognise Paul. A testament to the bond they had. I hope Paul gets great comfort from this,” someone else wrote.

A third added: “The moment in Finding Jack Charlton when Jack sees Paul McGrath on his laptop, says his name and smiles is one of the most heartbreakingly brilliant moments of any documentary I’ve ever seen.”

“Jack Charlton recognising Paul McGrath on the screen hits you right in the feels,” a tweet read.

One more added: “The affection with which Big Jack just recognised Paul McGrath.”

Elsewhere in the documentary, Pat discussed the “difficulties” she has living with Jack.

She said: “He’s not the same Jack. The difficult is I can’t leave him – that’s more worrying than the forgetfulness.”

Pat went onto discuss the possibility of footballers heading the ball and whether there is a link to brain injuries and function later in their lives.

“When Jack first played, the ball were heavy, whether it was the heading the ball as much as he did, we don’t know,” she said. 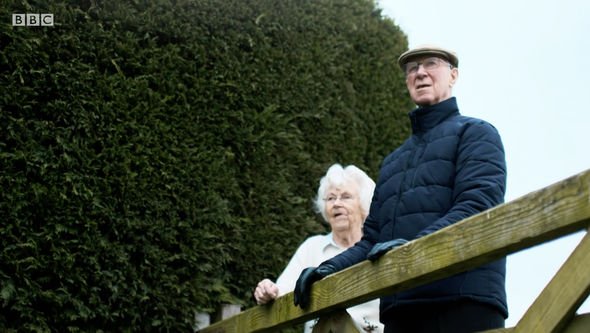 “It’s like boxing, getting hit in the head, nobody can actually prove that, but he enjoyed his football. Would you take that away from him? I don’t think so.”

In reference to watching a clip of himself singing, Jack commented: “I couldn’t remember a lot of the memories.”

And Pat replied: “Could you remember that night? Getting up and singing? No? Never mind, it will come back to you when you watch it again.”

Finding Jack is available to watch on the BBC iPlayer now.