CONTAINS SPOILERS FOR “GLOW UP” SEASON 3

Makeup mavens, get your kabuki brushes ready! Britain’s popular makeup competition show, “Glow Up,” is set to make its third season debut on Netflix in the near future.

As reported by PopSugar, the series first premiered in 2019. A retail assistant by the name of Ellis Atlantis took home the W at the end of the competition series’ first season. After winning the show’s inaugural season, Ellis went on to build an impressive social media following, as well as create various makeup tutorials via his own YouTube channel.

Per ScreenRant the show’s Season 2 winner, Ophelia Liu, also enjoyed much fame and notoriety upon winning the popular competition show. While COVID-19 impacted her ability to work as much as she probably preferred, it appears she made good use of all of the downtime. “I have been using my time to work on my Instagram page, connecting with photographers, brands and artists and working together, and really just working around the lockdown rules,” Ophelia exclusively told Refinery29.

But enough about the show’s winners from season’s past — here’s everything we know about the third season of “Glow Up.”

When's the release date for Glow Up Season 3?

While “Glow Up” Season 3 already aired in its entirety on BBC Three, the new season is set to premiere across the pond on the popular content platform Netflix starting July 30. Get your popcorn ready, folks!

But, even well before BBC announced the release date, eagle-eyed fans of the show were busy connecting all of the dots. Per The Cinemaholic, viewers were tipped off about Season 3 after learning that casting calls for the season were well underway. At the time, it was expected that the show would air in the summer of 2021. Alas, it appears the show beat out that carefully thought out prediction as the season first premiered in April of 2021 — even as the deadly coronavirus loomed, causing delays in the production of many television shows. Where there’s a will there’s a way, we suppose! 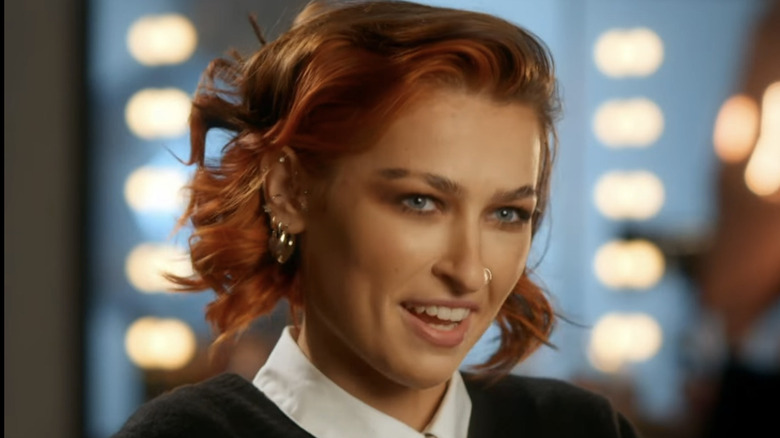 Times, they are a-changin’ for the popular makeup competition!

As reported by Radio Times, the cast of “Glow Up” has undergone a massive shake up as the series host, Stacey Dooley, has been replaced by Maya Jama. Upon passing the baton to Maya, it’s reported that Stacey encouraged her predecessor by wishing her good luck and even telling her that she would “smash it!” Fortunately, fans of the show can take comfort in knowing that judges Val Garland and Dominic Skinner will still be holding court in their rightful places on the series.

As far as contestants go, per Digital Spy, Season 3 makeup artists include: Dolli, Sophie, Alex, Xavi, Elliot, Ryley, Samah, Nicole, Jack ,and Craig. And… SPOILER ALERT: it’s Sophie Baverstock who claims the Season 3 victory. During an exclusive interview with Metro UK, Sophie credits the show’s new host, Maya, for helping her acclimate to the competition. “I think she noticed that I was really shy and anxious and struggling a little bit with speaking,” Sophie explained before adding, “I would never want to say anything, and then Maya would always be like, ‘Sophie, what do you say?’ She would get me involved and stuff. And then by the end of it, she really did become friends with us all.”