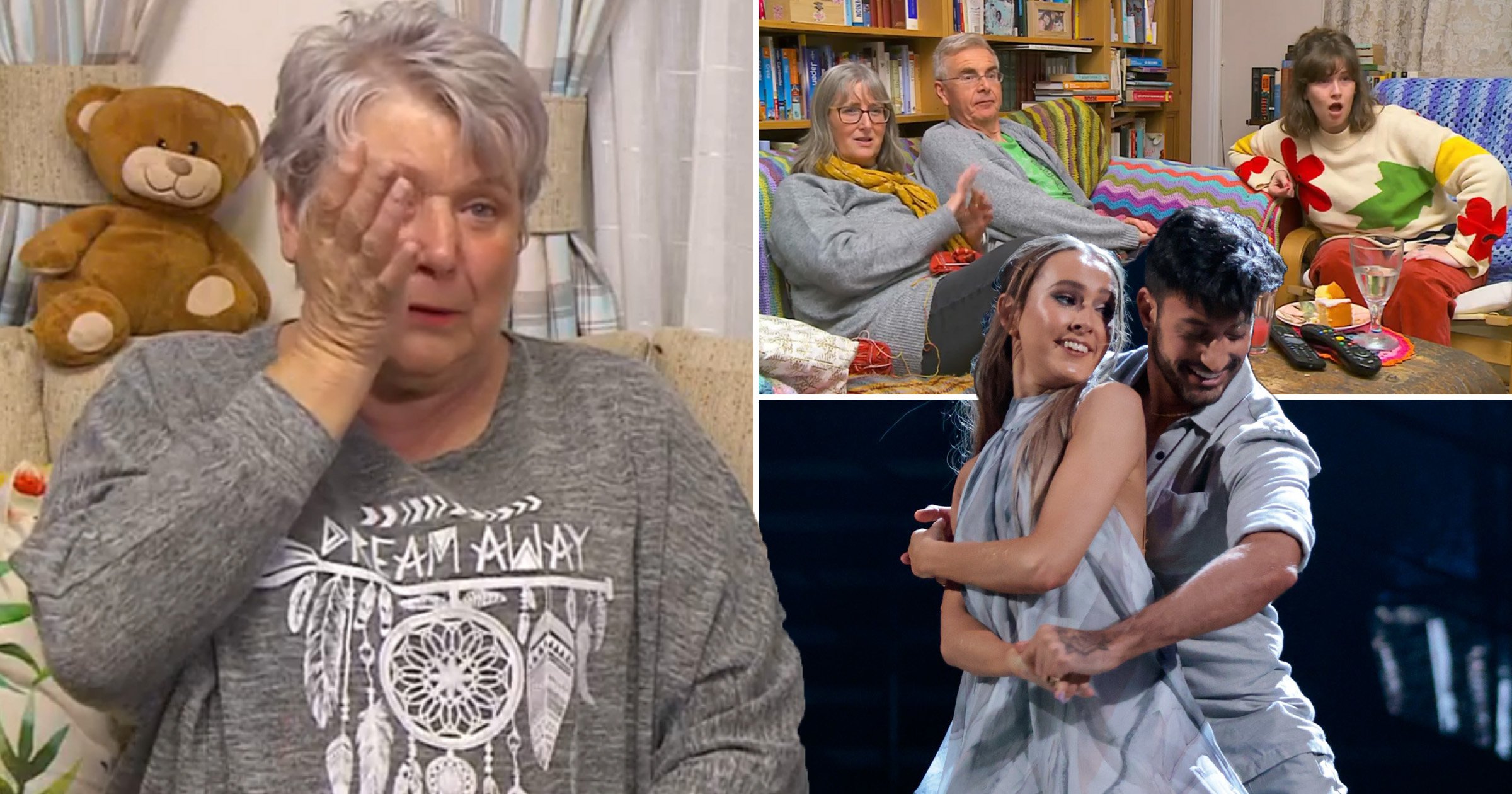 Rose Ayling-Ellis and Govanni Pernice’s routine on Strictly Come Dancing gave goosebumps to several members of the Gogglebox cast before its silent moment reduced almost all of them to tears.

As the groups settled down to watch Rose and Giovanni’s Couple’s Choice dance to Symphony by Clean Bandit, there were a few jokes about Giovanni’s ‘pyjamas’ as the couple wore purple loose-fitting clothes for the modern routine.

However, all of them were stunned when the dance progressed to its silent moment, with a shift in lighting to emphasise the segment, in celebration of the Deaf community.

As they continued to dance, there were tears from the Worthingtons, Jenny and Stephen as the entire cast united in admiration for the couple.

Jenny, who was the most noticeably overcome as she recognised Rose’s tribute to the Deaf community, soon had her tears turn to full-throated support as she whooped and clapped at the end of the routine, yelling ‘Get in there!’

As the Worthingtons dried their eyes, Daniel teased Gogglebox veteran husband Stephen over a tear in his eye as Stephen tried to laugh it off.

Pete and Sophie were joined in their praise, with the new father labelling the dance ‘incredible’.

‘You can’t help but smile watching this, can you?,’ commented Sophie as Pete replied: ‘I know, it’s just dead lovely, isn’t it?’

The siblings then unanimously declared it the ‘best dance’ they had ever seen on the BBC’s flagship Saturday night show, which chimed with judge Anton Du Beke’s description of it as the ‘greatest thing’ he’d ever seen throughout all his years on Strictly.

Judges Motsi Mabuse and Shirley Ballas gave Rose and Giovanni a standing ovation for the routine, which earned them 39 points.

Shirley stood up ‘out of respect’ as she delivered her response, explaining that she wasn’t expecting the silent moment to happen in the dance.

‘I’m sure the Deaf community will be absolutely so proud of you, and for sharing your heart and for being honest and for people seeing that a beautiful young lady like you can be successful. This is a number that will be etched in my heart for a long, long time. It was absolutely beautiful,’ she said.