Good Girls season 4 just premiered on NBC, and it brought FBI agent Phoebe Donnegan another step closer to uncovering Beth, Annie, and Ruby’s money laundering/counterfeiting operation. She’s an intuitive investigator who’s trying to get close to the moms. But as the showrunners teased recently, Phoebe won’t be anything like the last FBI agent the women encountered. 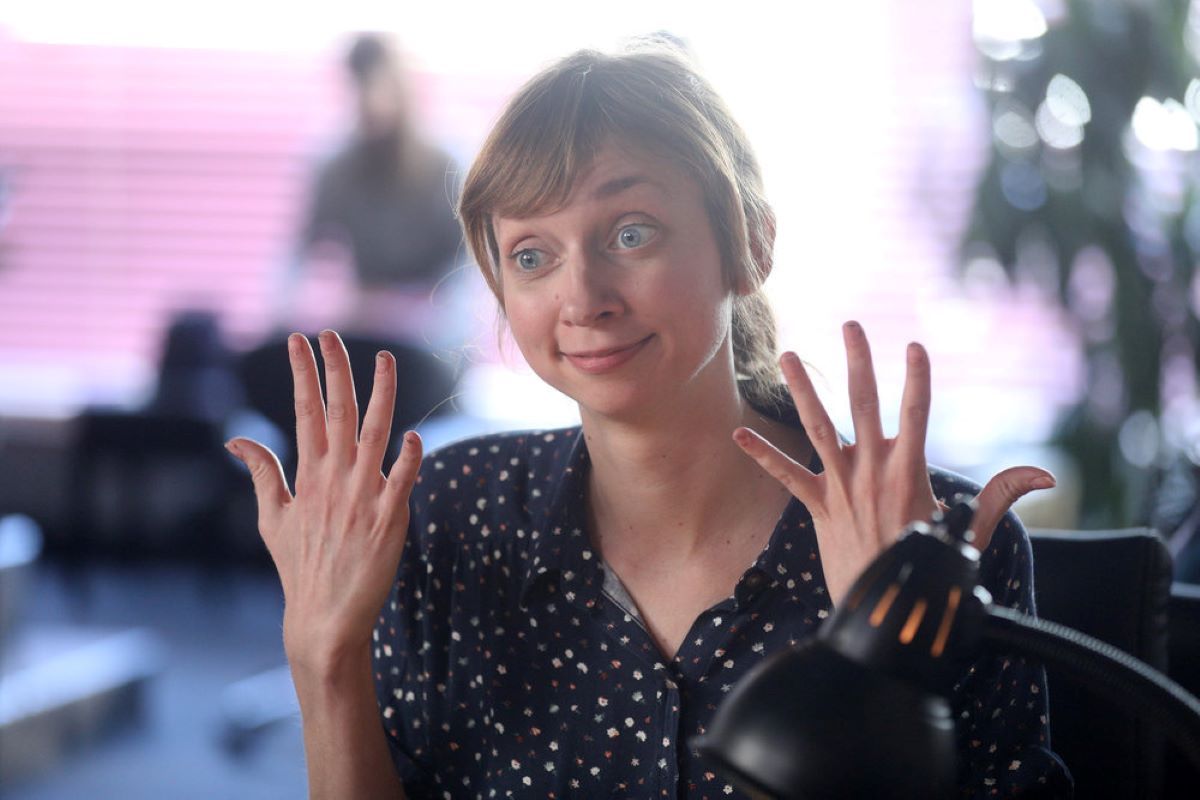 Last season on Good Girls, Phoebe (Lauren Lapkus) started tracking down the circulation of counterfeit bills. After finding out the bills were made using a specific nail polish color, she deduced the counterfeiters had to be women.

Phoebe’s investigation brought her to Ruby’s (Retta) salon. And upon stealing Ruby’s phone, she learned about her close friendship with Beth (Christina Hendricks) and Annie (Mae Whitman).

In the season 4 premiere, Phoebe shows up as the local moms’ boot camp instructor. She starts up a conversation with Beth. And when Beth tries to sell her hot tubs to her fellow moms, Phoebe offers to buy one.

But later, Phoebe is reprimanded by her FBI bosses for purchasing the hot tub without permission. When she tells them how close she is to cracking the case, they take over the investigation and suggest Beth’s husband, Dean (Matthew Lillard) is the one behind it. But Phoebe knows otherwise, and the look on her face suggests she has different plans in mind.

‘Good Girls’ showrunners tease a friendship between Phoebe and Beth

In season 2, Beth, Ruby, and Annie were investigated by FBI Agent Jimmy Turner (James Lesure) because of their connection to Rio (Manny Montana). The agent came down on them hard, before being gunned down by Rio’s men.

The moms now have another Fed breathing down their necks. But according to Good Girls showrunners Jenna Bans and Bill Krebs, Phoebe is nothing like Jimmy Turner.

“What we are really excited about with her is that she really travels down a different path than your classic TV investigator role,” Bans told EW.

“Unlike Agent Turner, who was hell-bent on busting Beth, Phoebe is sort of exploring her own personal demons through Beth,” added Krebs.

Bans revealed that the show will explore Phoebe’s backstory and her troubled high school experience. And the more she interacts with Beth, the more her past emotions will be triggered.

“Being with Beth and working alongside Beth, which is a big part of the season, she really gets to know her,” Bans teased. “I would say they’re almost more friends than frenemies. It’s complicated, obviously, because they’re on two different sides of the law.”

“It starts to become personal on a level where Phoebe starts to question: Is she busting Beth for the right reason, or because of some bitterness or resentment that is stemming from her past?” Krebs added.

“It really gets messy,” Bans continued. “And thematically it explores those dynamics of female friendship where when you’re an adult woman it’s not so easy to bury the bruises of the past.”