There was a lot of behind-the-scenes drama with Peter Weber’s season of The Bachelor. It’s still coming out a year later. Hannah Brown revealed her bizarre time reconnecting with the reality star.

Hannah Brown appeared on Peter Weber’s season of ‘The Bachelor’

Weber started as a contestant on Brown’s season of The Bachelorette. He placed third in the season. Brown revealed she had sex with Weber before his elimination, so that spotlight led to him becoming the bachelor.

Brown appeared on The Bachelor, and it looked like they still had feelings for each other. They had a private conversation about it.

“What would you say if I asked you, like come be part of the house?” he asked her. Brown seemed torn over this. He asked if she regrets sending him home, and she said she questions it all the time. Peter said he felt so sure she was going to say his name. But in the end, she chose Jed Wyatt. That relationship quickly ended.

Brown decided not to join The Bachelor. But that wasn’t the last time she interacted with Weber. 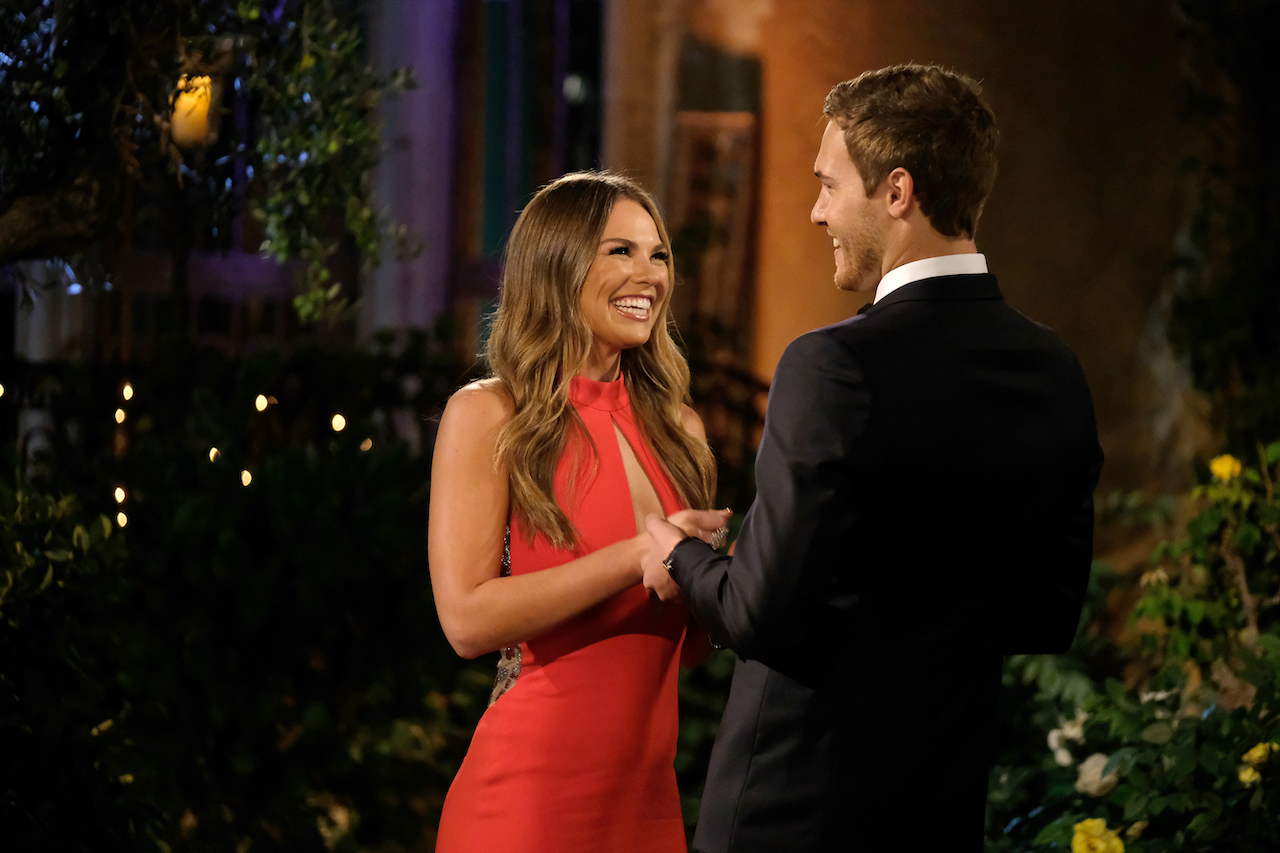 Brown opened up about reconnecting with Weber in February of 2020. His season has already started airing. They attended an engagement party for Dylan Barbour and Hannah Godwin and hooked up afterward.

“He was like, ‘I have so much to tell you,’” Brown wrote in her book, God Bless the Mess via People. “The chemistry just wasn’t there,” she claimed. “It just sucked. And then, I found out he had another girl [runner-up Madison Prewett] on his mind. It was all so bizarre.”

Brown and Weber haven’t spoken since. She is currently in a relationship with Adam Woolard.

Weber chose Hannah Ann Sluss at the end of the season and proposed to her. He later dumped her on the show and tried to reconnect with Prewett, but that also didn’t work.

Is Weber dating anyone today?

Weber dated another one of his contestants, Kelley Flanagan, once his season ended. They broke up for good in early 2021.

He is also releasing a book called The Adventures of Pilot Pete. He revealed that he’s still single but in a place where he feels like he can get back out there, according to Us Weekly.

Would he do the show again? “It’s just not the most organic way to meet someone,” he said. “As a lead, you’re dividing so much attention and energy that it eventually drains you at some point to give to so many people, because out of respect to them, you have to.”

So it took some time, but Brown and Weber figured out they’re not meant for each other. He’s now trying to find love away from cameras.