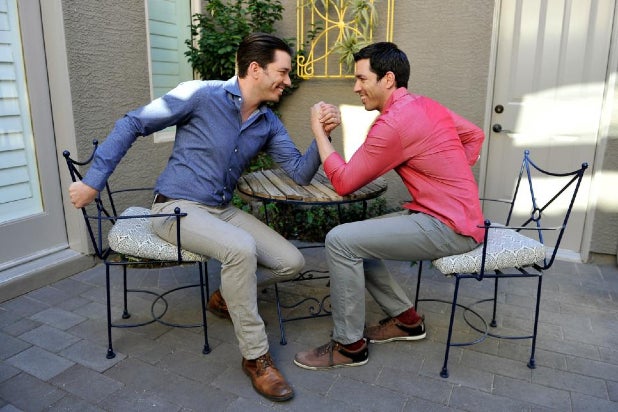 The real-estate market has spoken, and Drew Scott has won Season 7 of HGTV’s “Brother vs. Brother.”

Jonathan Scott actually bought, renovated and sold the house directly next door (appropriately nicknamed “The House Next Door”) to his twin brother Drew’s and sister-in-law Linda’s real home in the historic and ritzy neighborhood. Drew’s project for the competition, dubbed “The Corner Chateau,” was just down the street a few blocks.

They each received multiple offers, but in the end, the competition was won by the widest margin in series history. (That makes sense, these were the most expensive homes the guys have flipped thus far.)

Prior to Wednesday’s season finale, Drew won weekly competitions for renovating the master bedrooms/bathrooms and bonus spaces. Big brother (OK, so by a few minutes) Jonathan won the weeks they worked on living rooms, kitchens and guest bedrooms/bathrooms.

On Wednesday, the Property Brothers renovated their respective outdoor spaces. Jonathan put in a pool, Drew did not.

All proceeds from the this season’s “Brother vs. Brother” home sales will go to Turn Up! Fight Hunger.