RED-FACED Holly Willoughby couldn't stop laughing as she was forced to admit she doesn't wear knickers to bed during today's This Morning.

Co-host Phillip Schofield had been grilling her on her bedtime routine during a debate on the show. 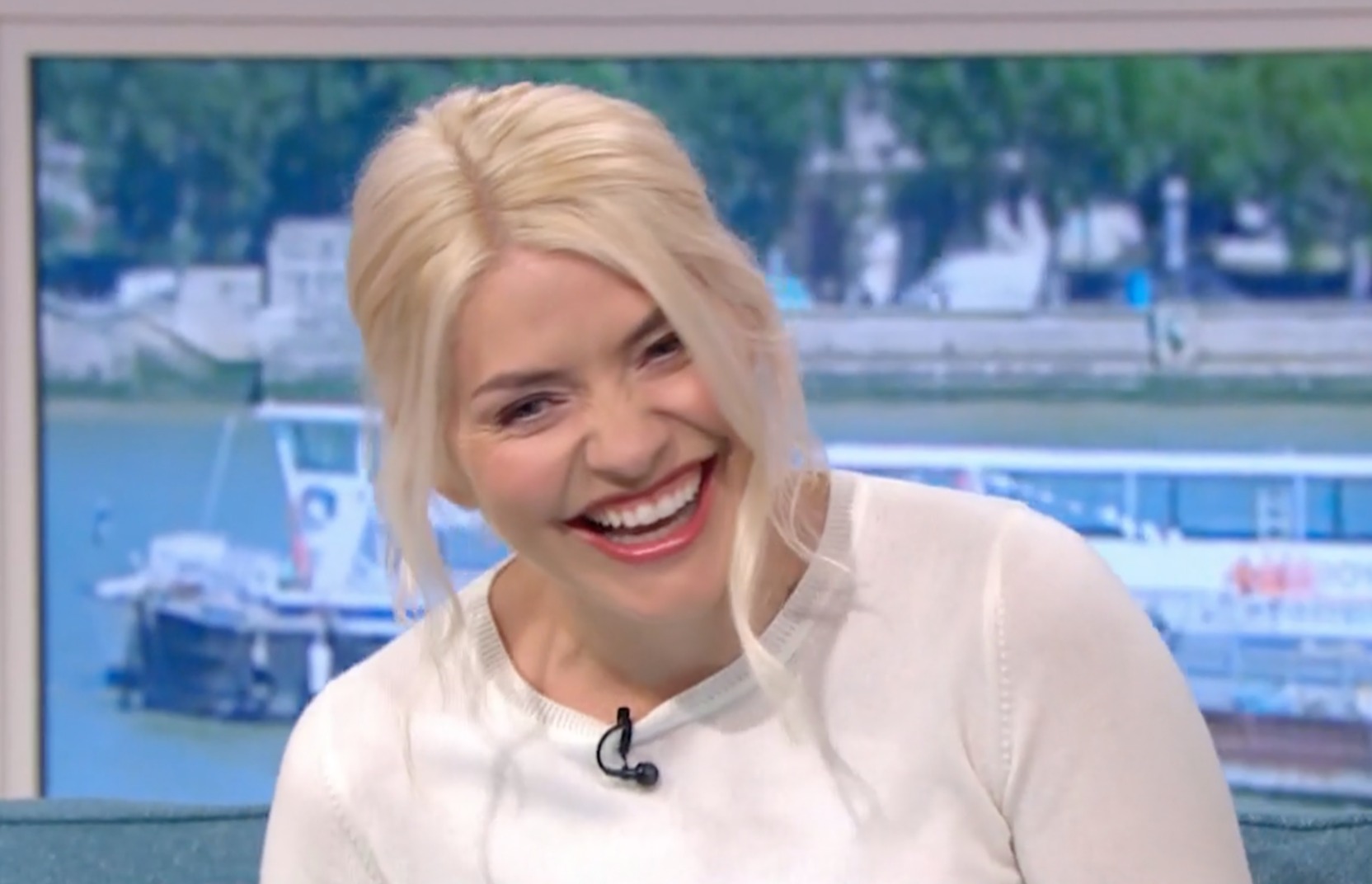 "Holly you started this, it's time to 'fess up," insisted Phillip.

Holly sheepishly started to say: "Well, I would wear a big T-shirt…"

Unhappy she wasn't answering the question, Phillip pushed: "Yes, but would you wear pants under your pyjamas?" 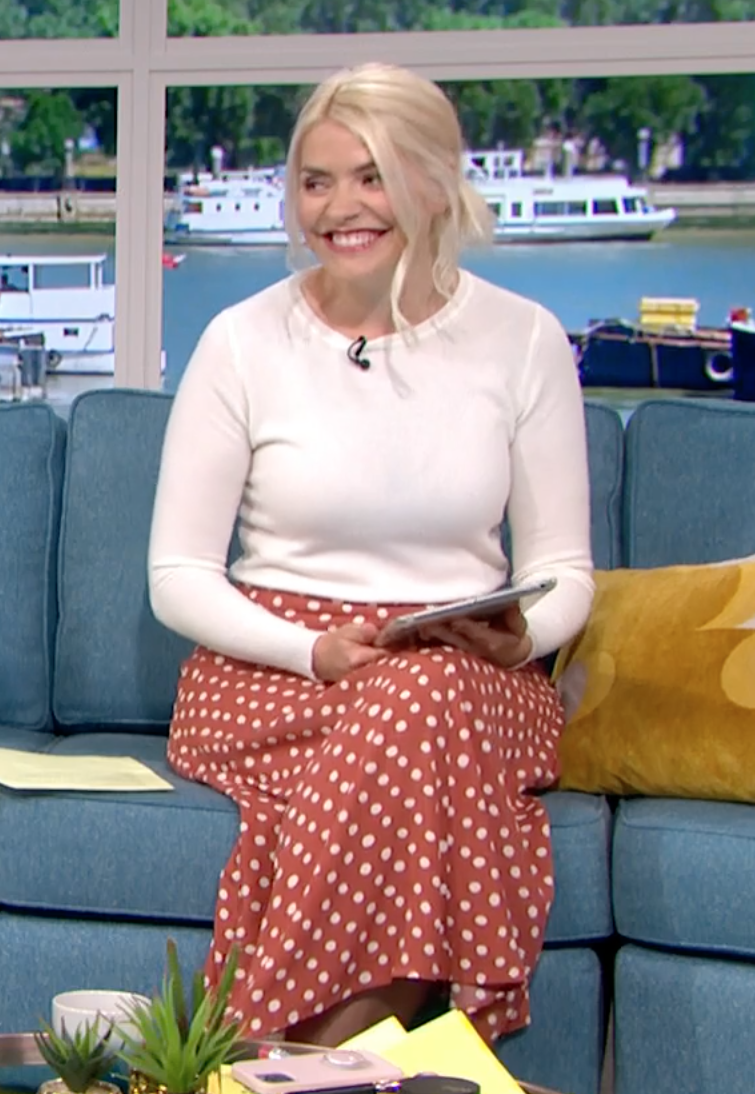 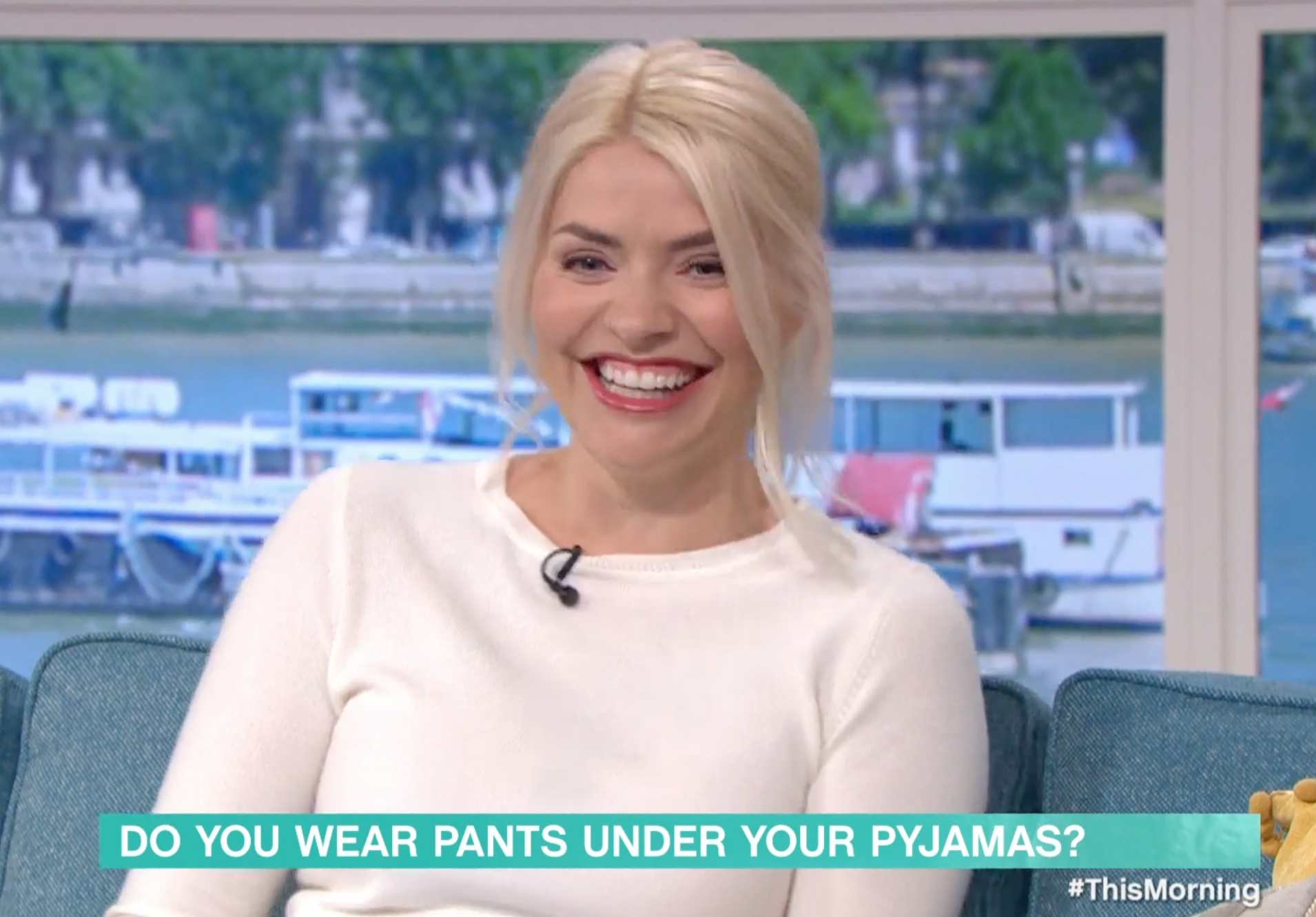 "Stop making me say no pants on TV!"

The pair then started to giggle as they expected viewer reaction from Holly's confession.

"The whole point of going to bed should be freedom," he insisted. 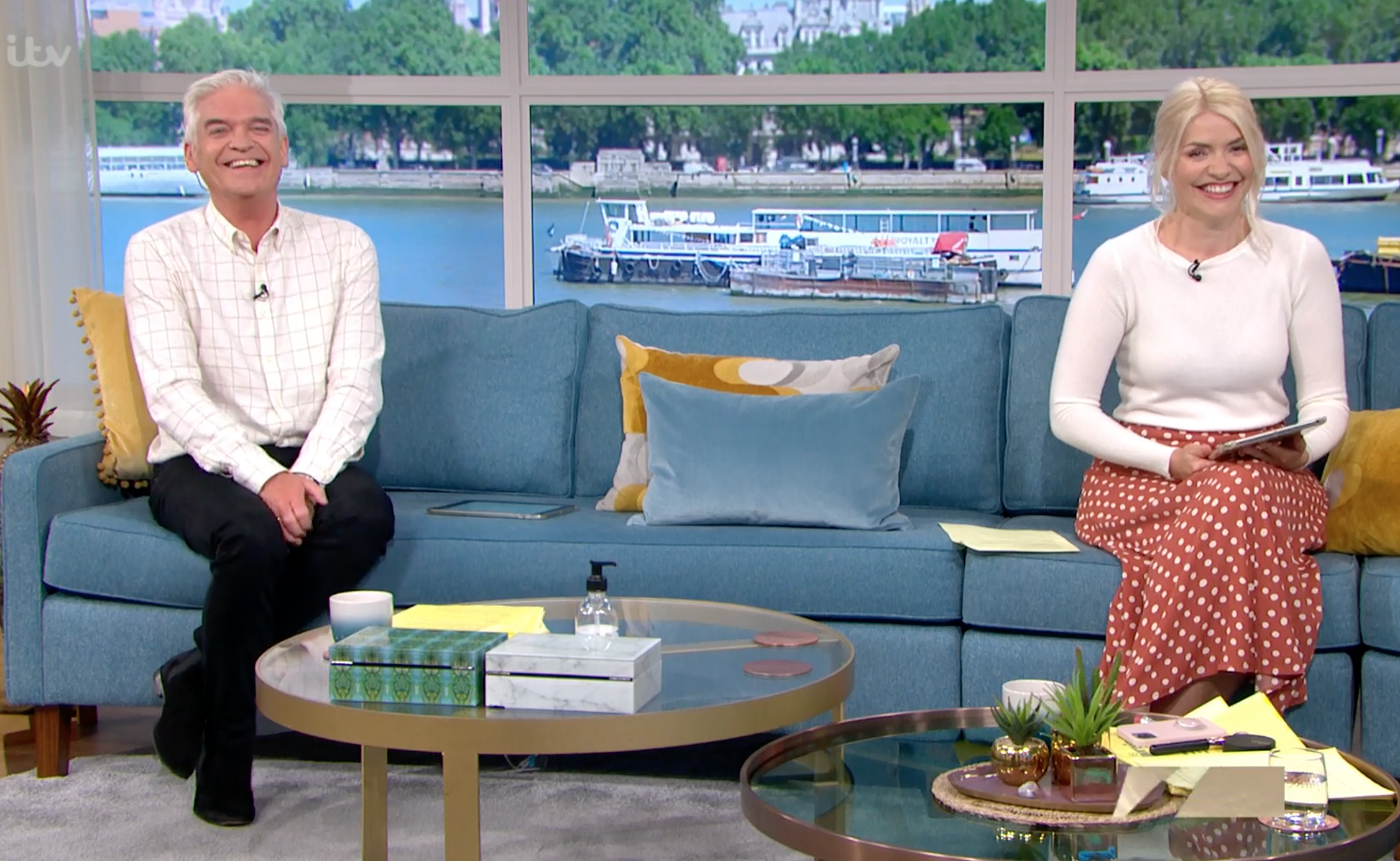 "But if you've got a wobbly tummy maybe you should put some pants on.

Phillip hit back saying: "Surely if you've got a wobbly tummy, you shouldn't be worried about that in bed!"