THE Pursuit Of Love has thrilled viewers with its look back at the decadent world of filthy-rich toffs indulging in sex, drugs and wild partying between the wars.

But incredibly, the key characters in the racy period drama are based on REAL people. 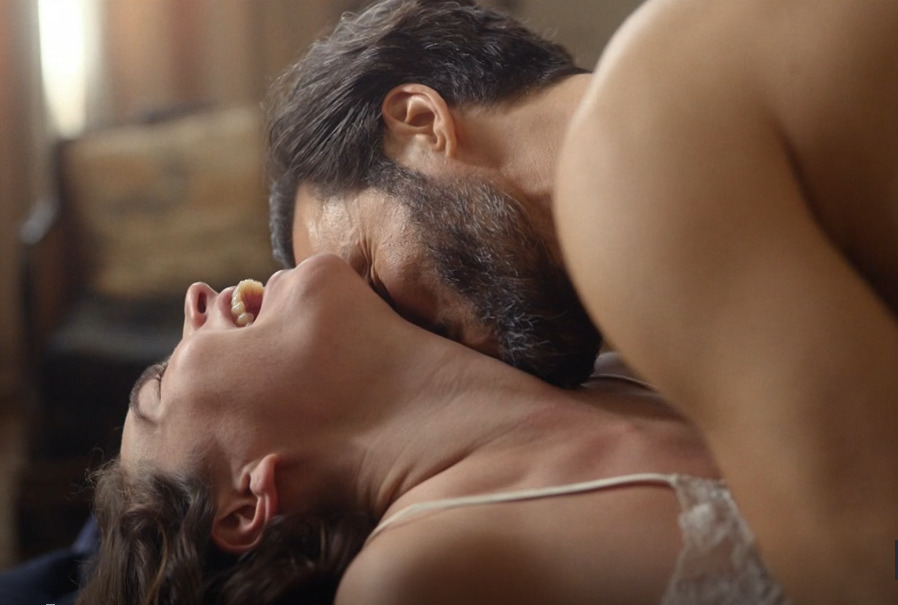 Volatile Linda Radlett (Lily James) was based on Nancy Mitford, who wrote the 1945 book the BBC1 show is based on.

And Nancy drew inspiration from others in her life too – including Fanny (Emily Beecham) based on her sister Pamela.

The two central characters navigate their way through a minefield of randy millionaires who have little better to do than spend their fortunes and seduce pretty girls dripping in fur and diamonds.

The three-parter shows how both of the women are looking for the perfect husband, but each has their own idea of what true love is. 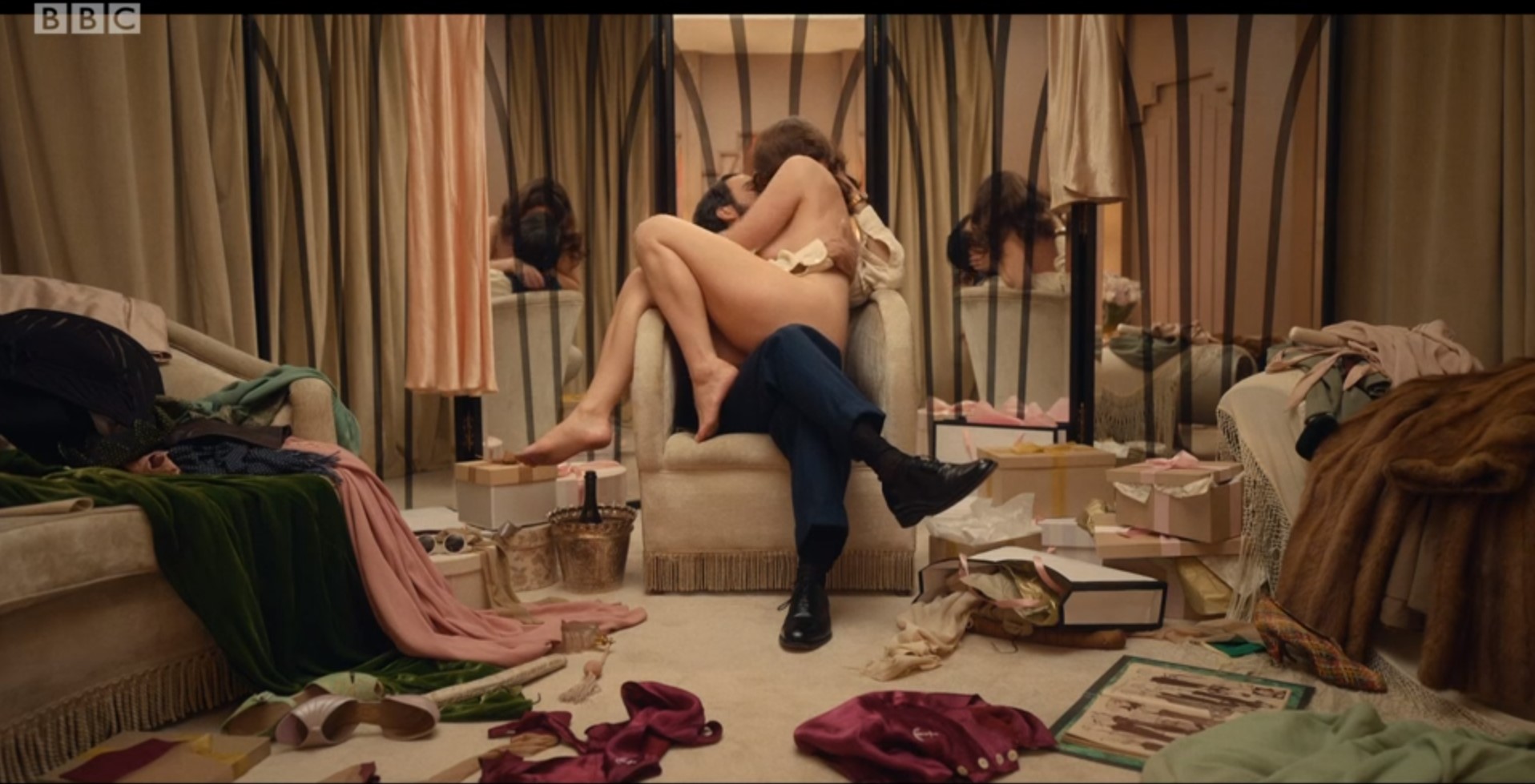 So Linda pinballs between a posh boy who dazzles her with wealth, before bounding on to a penniless political pioneer. Both leave her wanting.

Meanwhile, Fanny quickly falls for a conventional academic and goes off to lead a simple life in the country – an existence that turns out to be almost as disappointing.

But as both women try to find happiness, they also have to deal with their eccentric families and friends, not to mention the impending Second World War.

We look at the six central characters and the people who inspired them . . .

Based on: Nancy Mitford…and four of her sisters 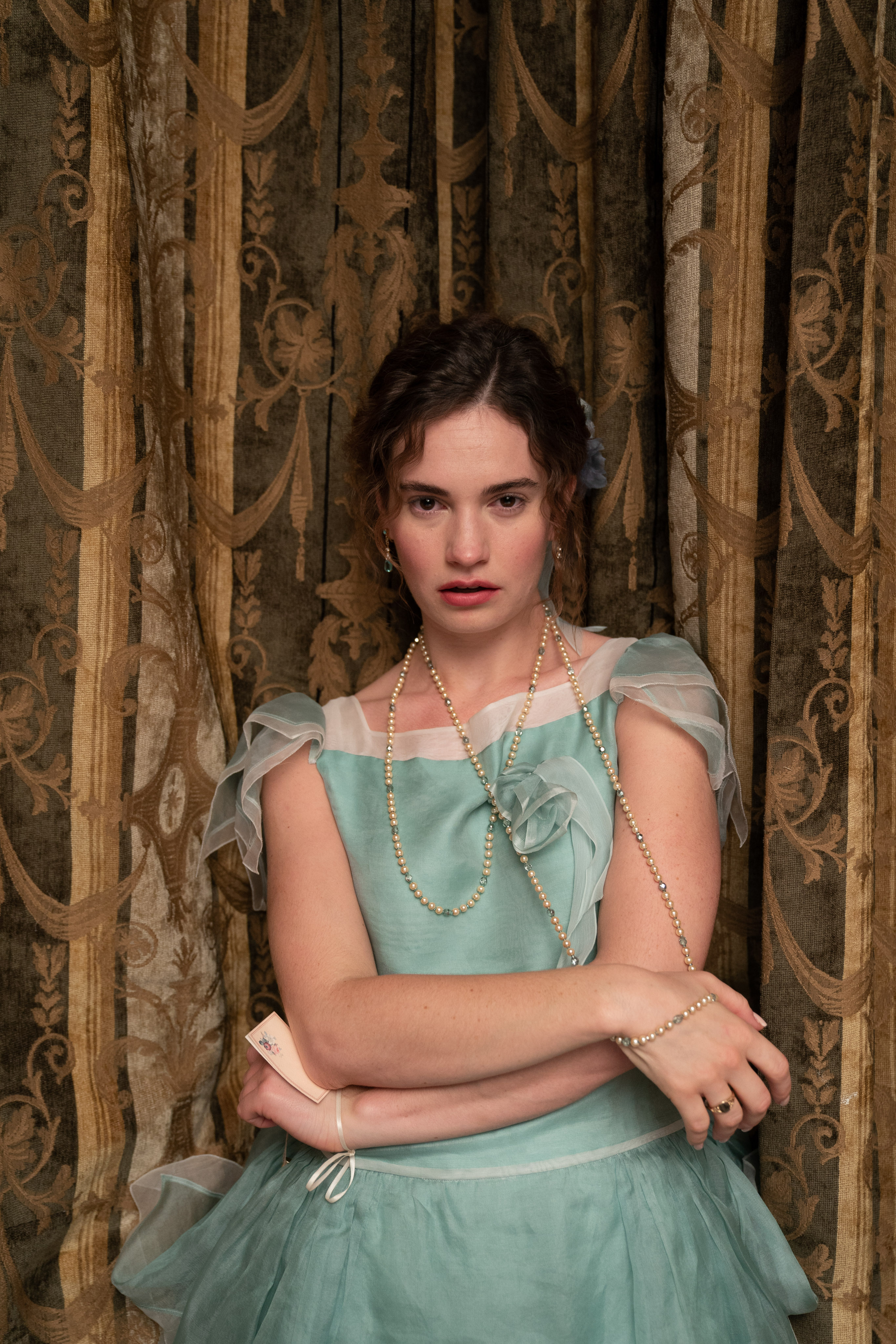 SHE is the highly strung romantic desper­ate to go out into the world after spending her youth in the stately home of Alconleigh with her multiple siblings.

But Linda is virtually a mirror image of Nancy Mitford who, with her five younger sisters, were like the Kardashians of the inter-war years.

The complex character, played by Lily James, is also a mix of virtually all the Mitford sisters.

Her first husband and his family are seen supporting the Nazis, which reflected Diana and Unity Mitford. 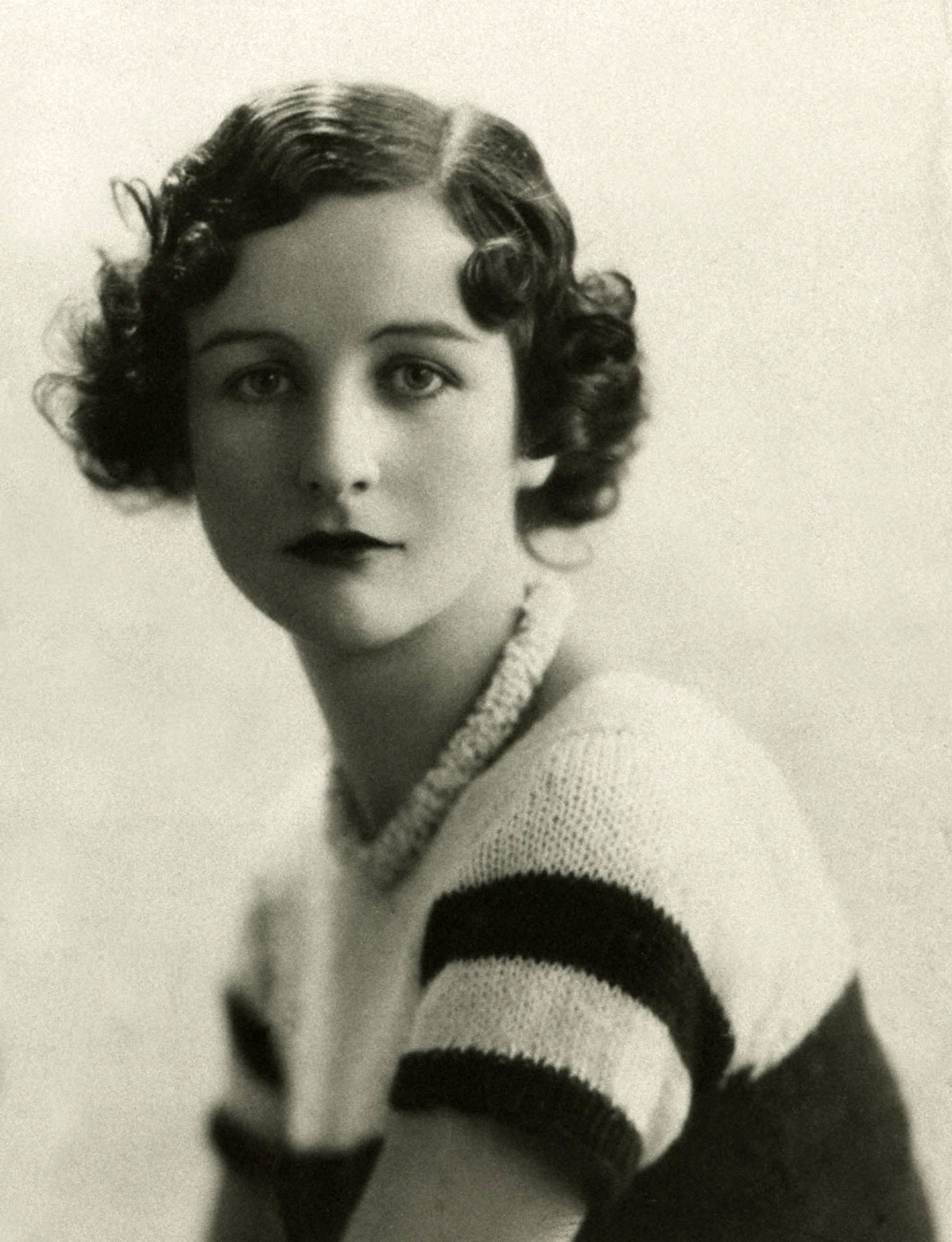 Unity was a Nazi supporter and such a close friend of Hitler she was rumoured to have given birth to his child.

Linda be­comes besotted with communist Christian Talbot (James Frecheville) and joins him in Spain to help fight fascists in the civil war which raged from 1936 to 1939.

This echoes Nancy’s other sister, Jessica, who was also a communist who went off to the Spanish Civil War, this time with Winston Churchill’s nephew, Esmond Romilly, who fought the fascists in the conflict. 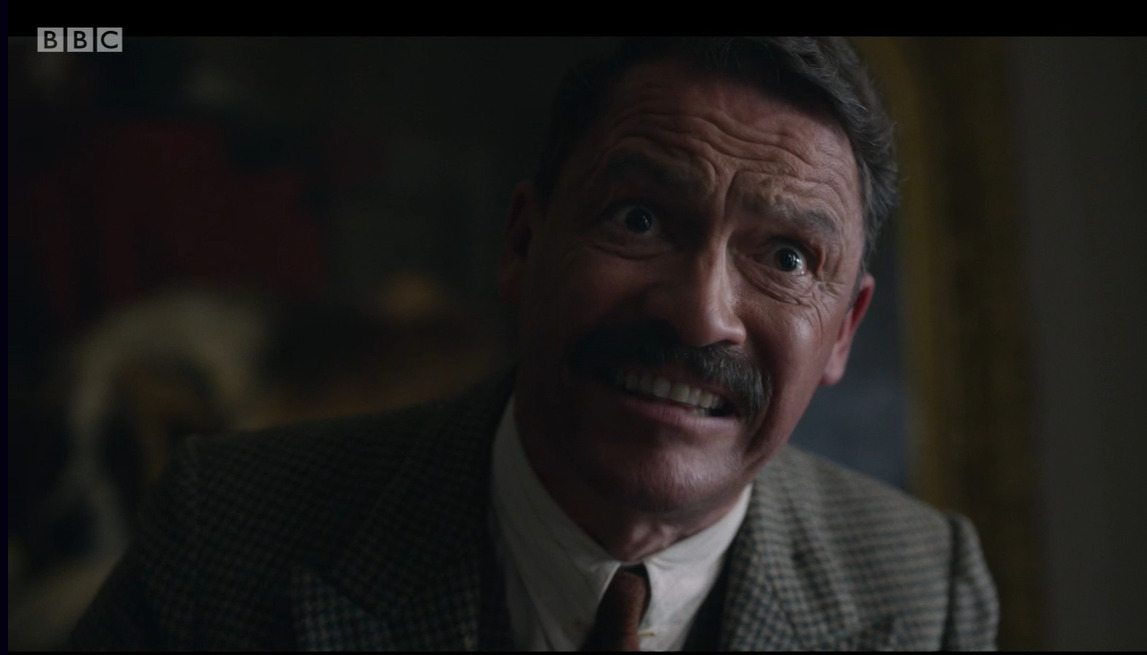 LINDA’S father Matthew (Dominic West) is a lovable tyrant who hunts his kids on horseback, for fun.

The xenophobe also keeps a trenching tool above his fireplace to remind him of when he used it to butcher Germans on the battlefields of World War One.

He was based on Nancy’s dad, David Freeman-Mitford, 2nd Baron Redesdale, who was equally eccentric and prone to fits of rage.

Like the character he inspired in The Pursuit of Love, David thought education was a waste of time and fought in World War One, but could only perform limited service because he had already fought in the Boer War – and lost a lung in the process. 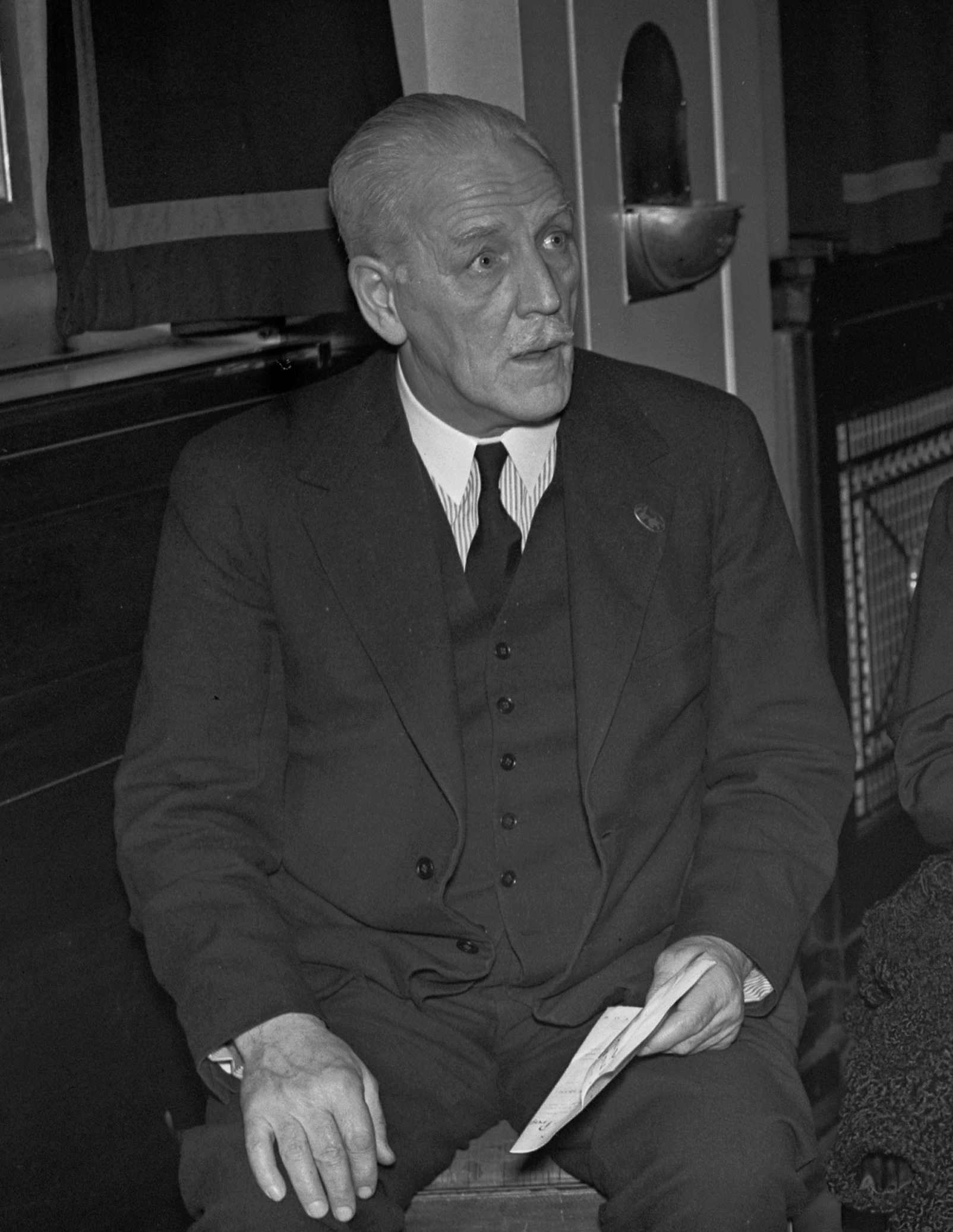 As a result of his time abroad he hated all foreigners, particularly the French and Germans.

In the TV drama Matthew’s only son goes to fight in the Spanish Civil War.

Similarly, David only had one boy, Thomas, who became an Army major and went to fight in the Second World War.

He was killed in action in Burma in 1945 – a tragedy his father never recovered from.

Based on: Pamela Mitford, Nancy’s sister 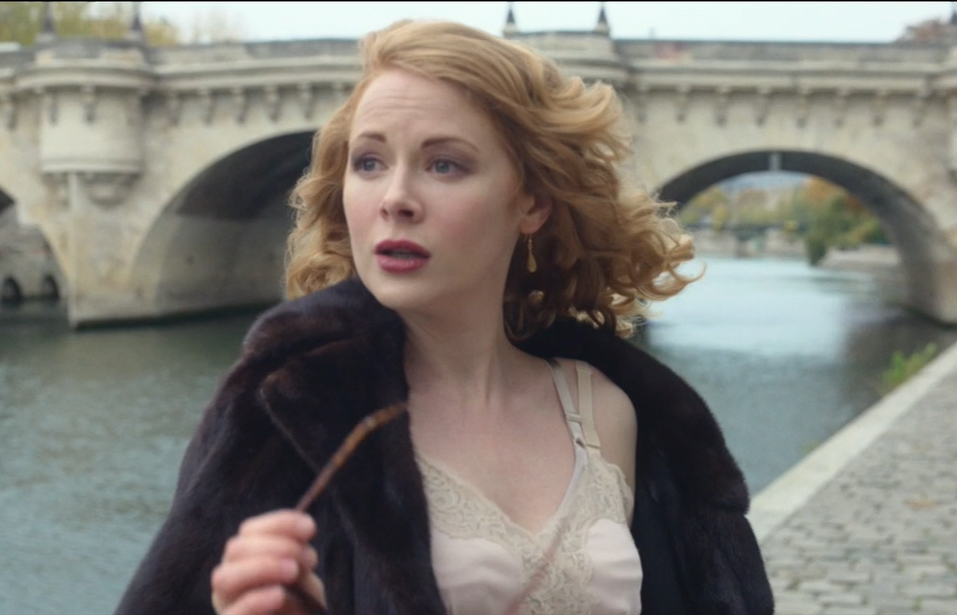 ALTHOUGH Linda is the central character, the show’s story is told by her cousin, Fanny Logan played by Emily Beecham.

Fanny marries the young, but rather starched, Oxford don Alfred Wincham (Shazad Latif) and the couple go off into the country and start a family.

This is similar to Nancy’s other sister, Pamela, who wasn’t quite the social-climbing wild child that her siblings were.

She also married just once. Though her husband Derek Jackson, also an Oxford academic, had been married six times and was suspected of being bisexual. 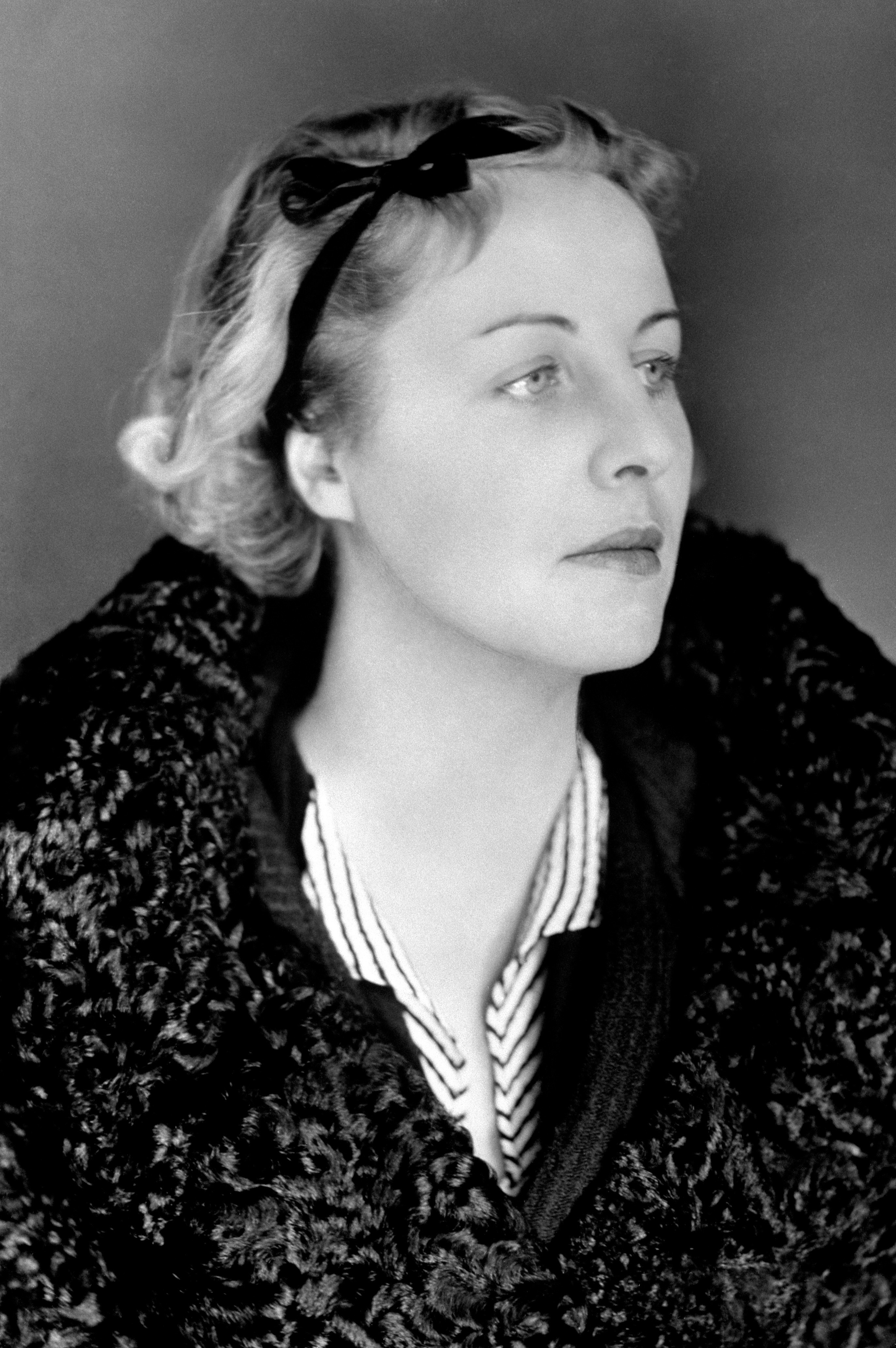 When Fanny learns of the adventures Linda is having in Paris she imagines herself living a wild and free existence in the French capital – and suddenly seems to tire of her spouse.

And in real life Pamela ended up divorcing Derek after 15 years together.

She went off to spend the rest of her life with an Italian woman called Giuditta Tommasi.

Based on: Lord Berners ‘The Last Eccentric’ 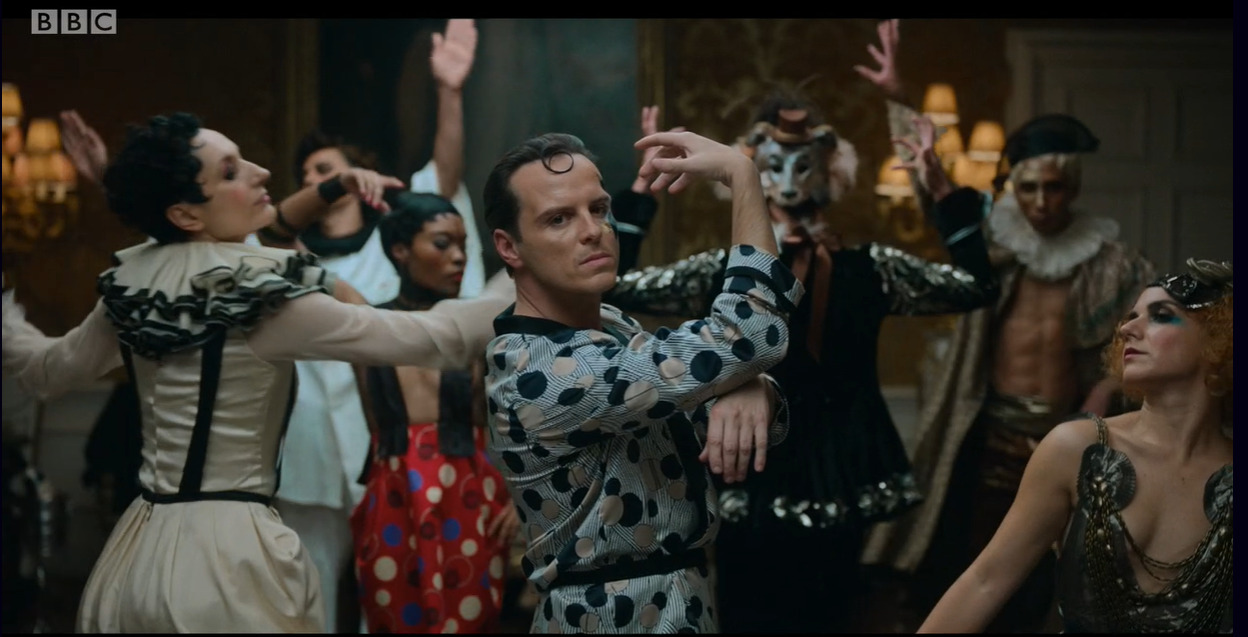 HE is the eccentric neighbour of the Radletts, a bohemian who believes in free thinking and free love.

Lord Merlin also loves animals and his menagerie includes doves he has dyed various colours, dogs who drink whisky and horses that wander round his house.

So it is hard to believe the character, played by Andrew Scott, was based on radical Lord Berners, a novelist, painter and composer who was even more barking.

He also had dyed doves, but didn’t just have horses in the house, he once famously invited one for tea. 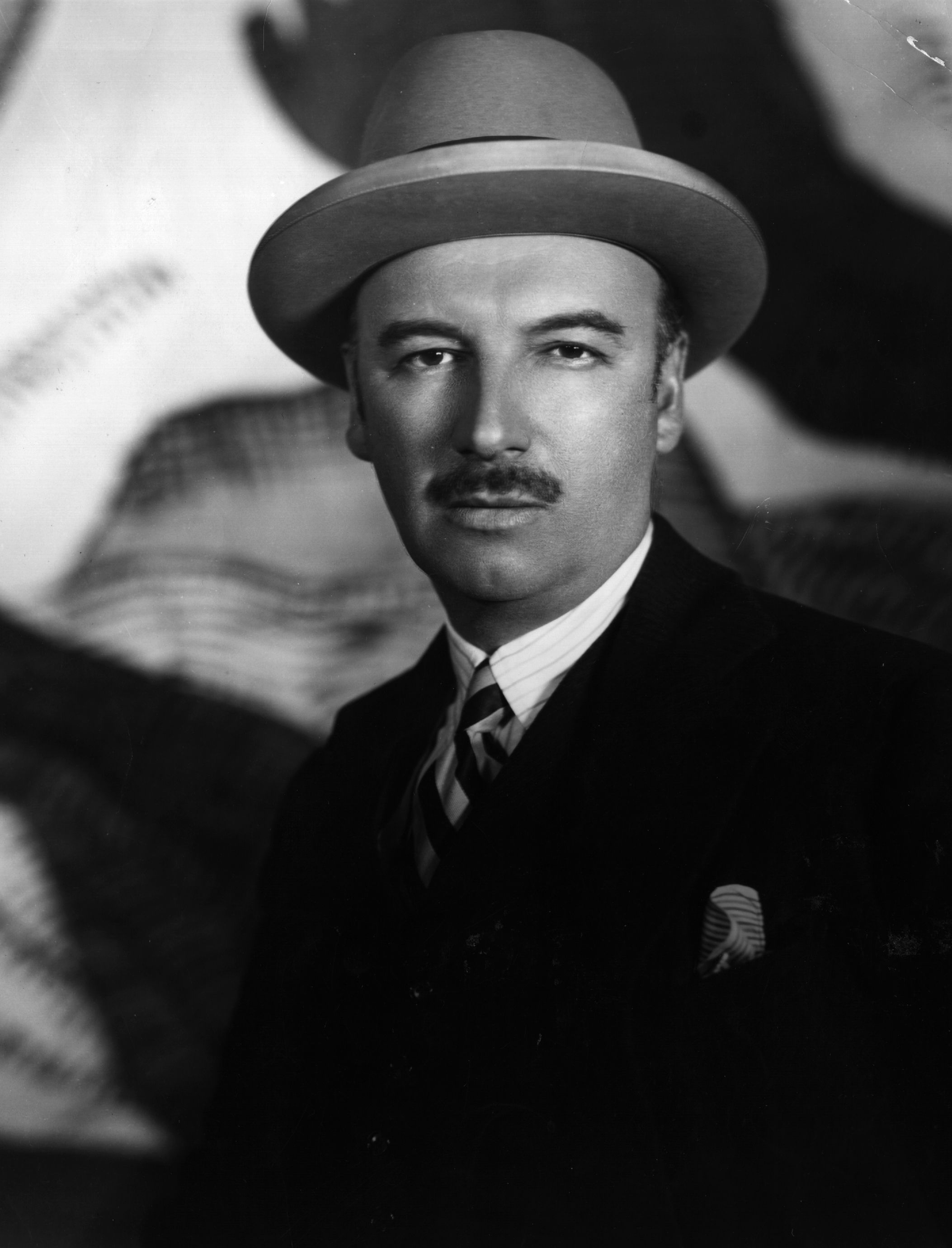 He didn’t give his dogs whisky – but dress­ed them in imitation pearl necklaces.

Oh, and he had a pet giraffe at his Oxfordshire pile, Faringdon House.

Lord Merlin is well connected in the world of art and aristocracy, as was Lord Berners – he entertain­ed Salvador Dali, Picasso and HG Wells.

Dubbed “The Last Eccentric”. Lord Berners lived up to the moniker in every way, even installing a clavichord – a historic keyboard – inside his Rolls-Royce, and driving around wearing a pig’s-head mask to frighten the locals.

Based on: Peter Rodd, Nancy’s husband

LINDA’S first husband Tony is a posh bore who sympathises with the Nazis and thinks of nothing but politics and making more money.

The appeal of Tony (Freddie Fox) quickly wears off for her, despite the fact he is the latest in a long line of wealthy bankers who can look after her for the rest of her days.

He is based on Nancy’s husband Peter Rodd.

The son of diplomat Lord Rennell, Peter was also a politician who at one point joined the British Union of Fascists. 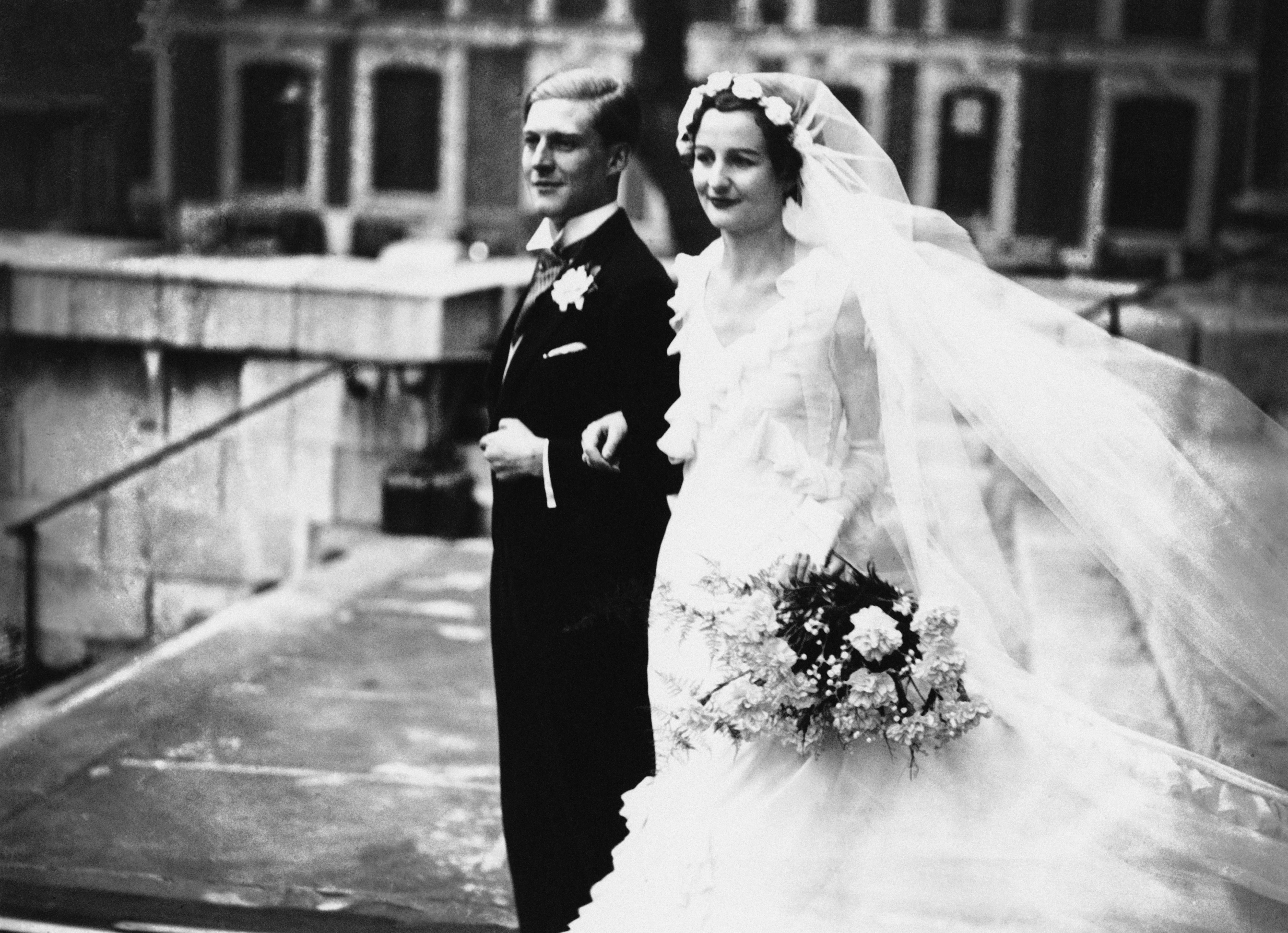 Nancy married him in 1933, after accepting a proposal that his pals said was actually a joke.

Though they didn’t divorce until 1957, their relationship lasted just a few years.

He was consistently mocked by whip-smart socialite Nancy and her family for his tendency to talk at boring length about historical subjects.

They dubbed him a “crasher” – short for crashing bore.

Worse still, he was a drunk who gambled away much of her fortune.

Based on: Gaston Palewski, Frenchman Nancy Mitford fell in love with in later life 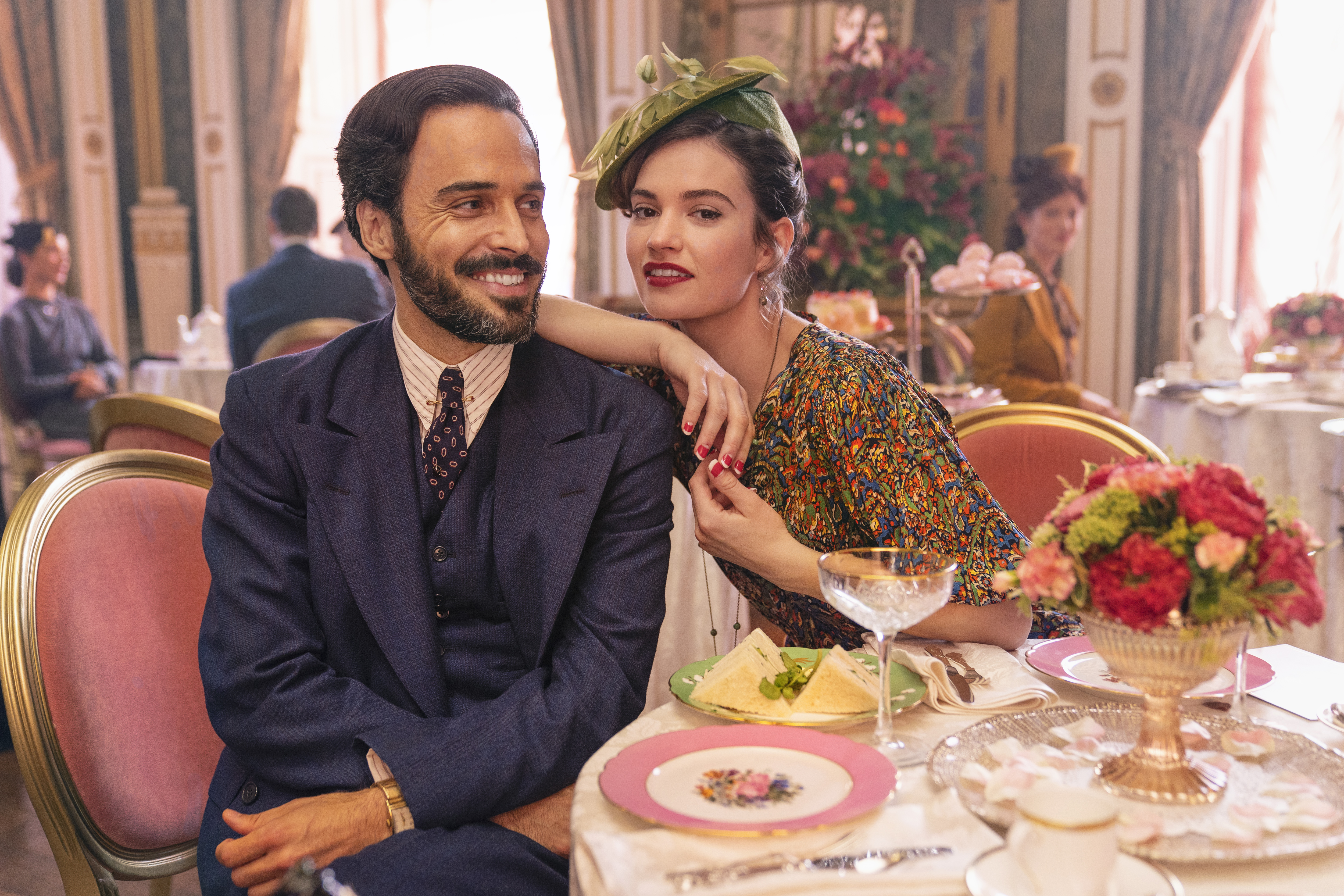 THE smooth-talking French duke Fabrice De Saveterre (Assaad Bouab) is seen taking the distraught Linda under his wing as she is left penniless in Paris.

Despite swearing not to start a romance with another man, she falls for him, as he does he.

But almost immediately he has to go off to fight in the Second World War.

It was a similar story for Nancy, who fell in love with Gaston Palewski, an upper-class, wealthy Frenchman who studied at the Sorbonne in Paris and Oxford. 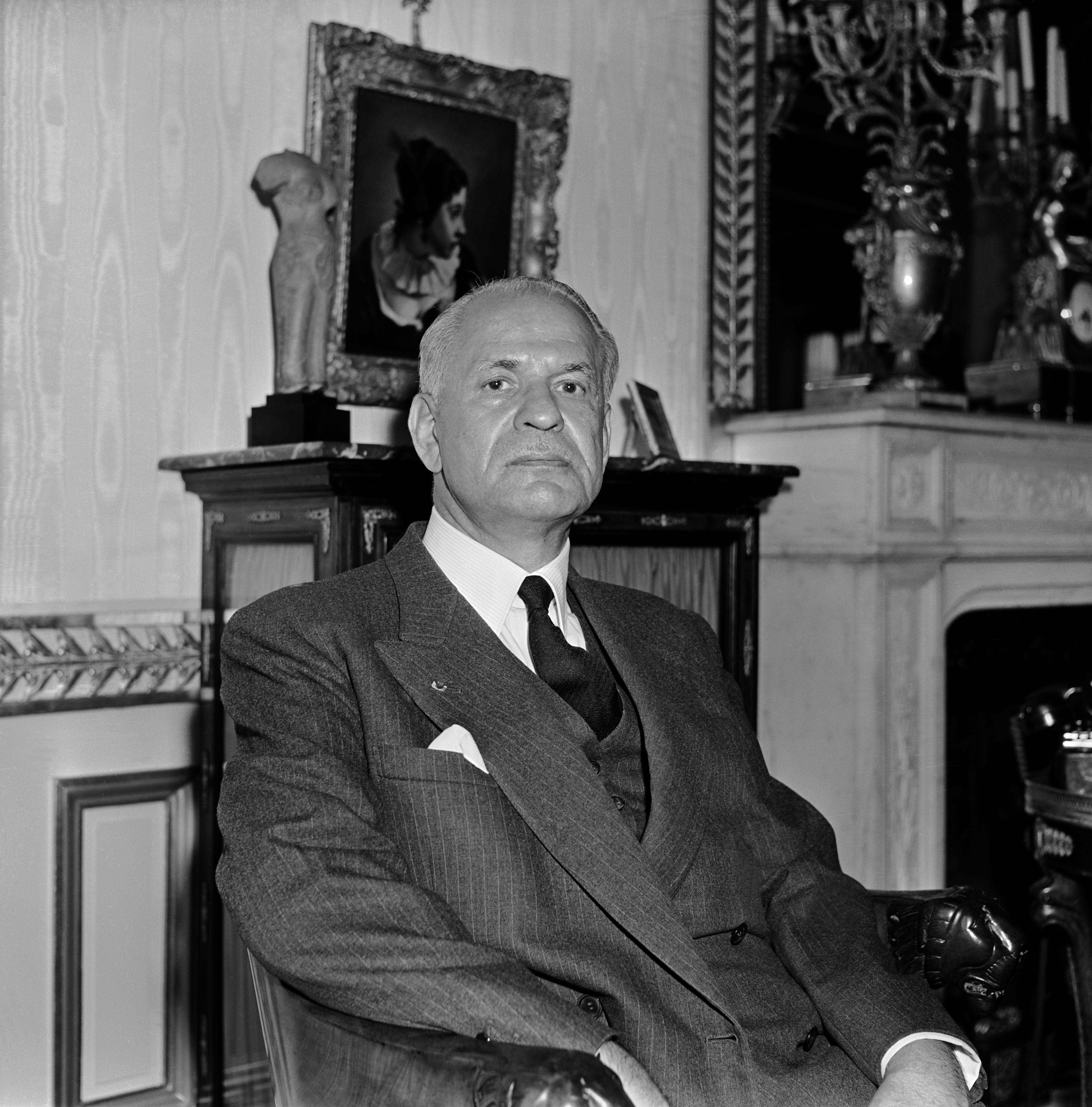 Gaston was chubby, balding and had a “face like an unpeeled King Edward potato” but he was said to be a passionate lover.

When war broke out in 1939 he was commissioned as a lieutenant in the French Air Force.

He and Nancy started their love affair during the war and, like Linda, she ended up in Paris with him and their relationship continued on and off.

Gaston broke her heart in 1969 when he married the Duchesse de Sagan.

Nancy, who dedicated The Pursuit Of Love to him, died four years later.