ANDREAS Christopheros' life changed forever when he answered a knock on his front door and – in a harrowing case of mistaken identity – had a pint of sulphuric acid thrown in his face.

But as he lay fighting for his life in his hospital bed, the police were looking into his background, convinced that he had done something to warrant the brutal attack. 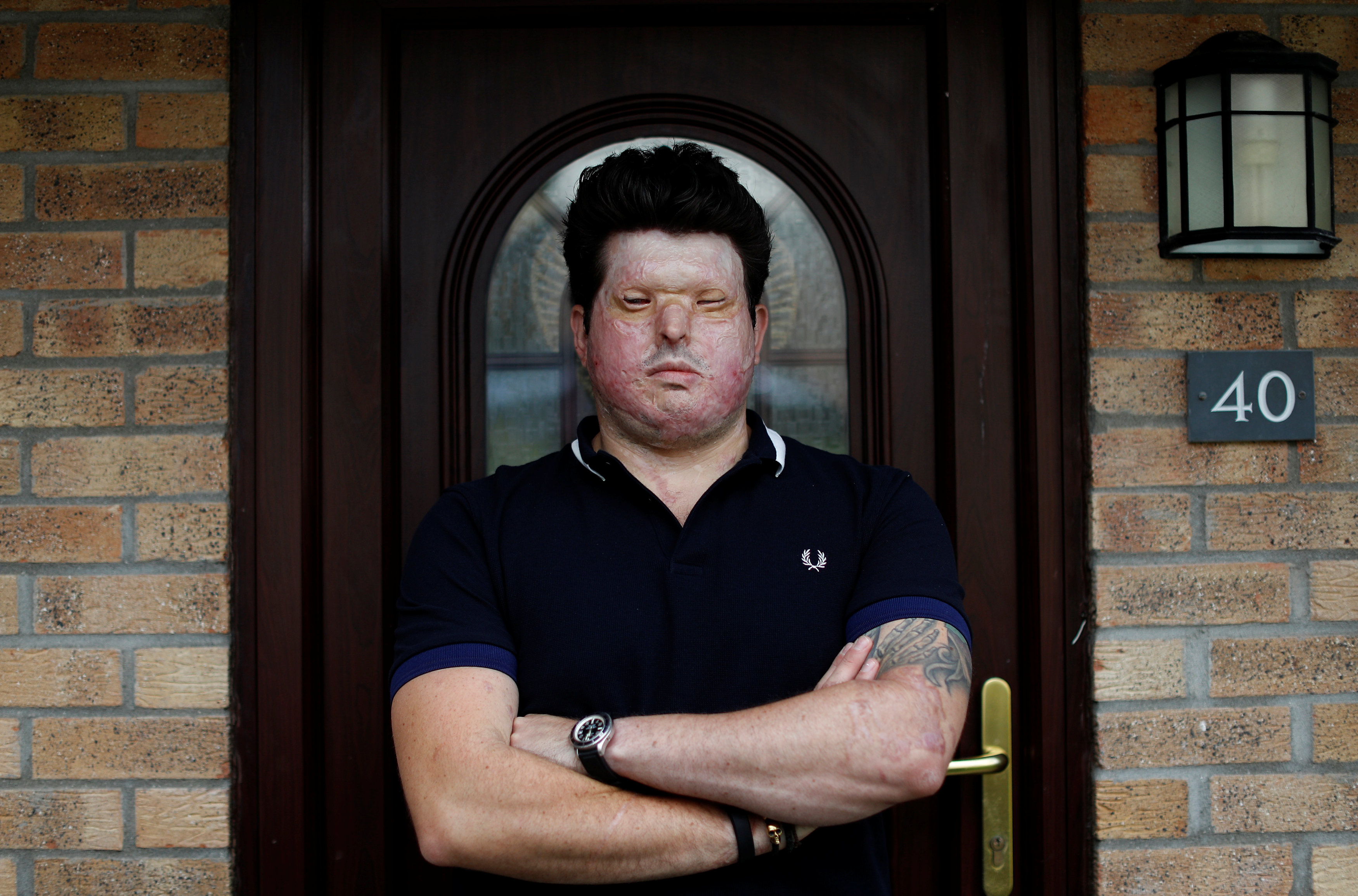 “It was such a targeted attack, I don’t know if they assumed, but they felt it was just too targeted,” says Andreas, 36, who lives with his wife Pia, 39, and their two sons, Theo, seven, and Lazarus, three, in Cornwall.

Andreas adds: “They completely dissected my life because they believed I’d done something wrong.

“When the attack happened they came in and took everything from us, our phones, computers, house, cars, satnavs, all the company files, they even took the safe out of the wall.

“They took our ebay accounts, Hotmail accounts, Facebook accounts, every single digital account we had was gone. We didn’t have anything. 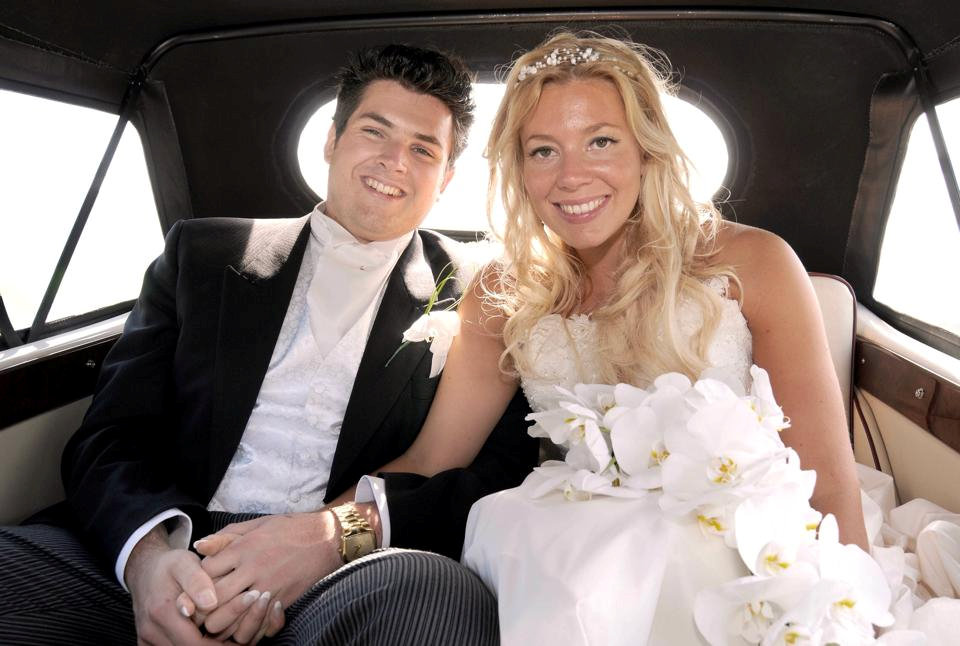 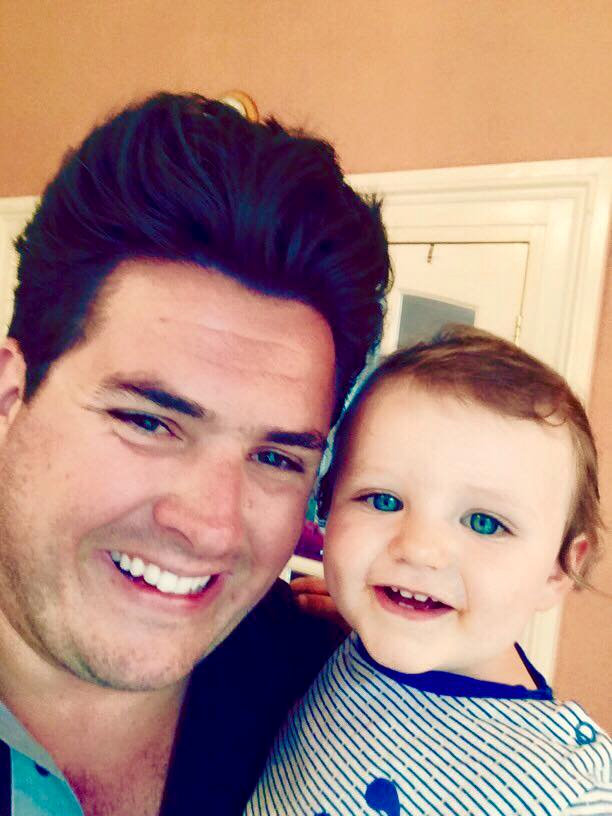 “My wife had to go and buy a new set of clothes from Asda because she didn’t even have anything to wear.

"[The police] always said to me, 'We’re going to get to the bottom of this no matter what'.

“They used to call these very full on meetings, it was a huge case for Devon and Cornwall Police, they’d come to us and it was apparent they had nothing, and I kind of accepted living with not knowing why I was attacked.” 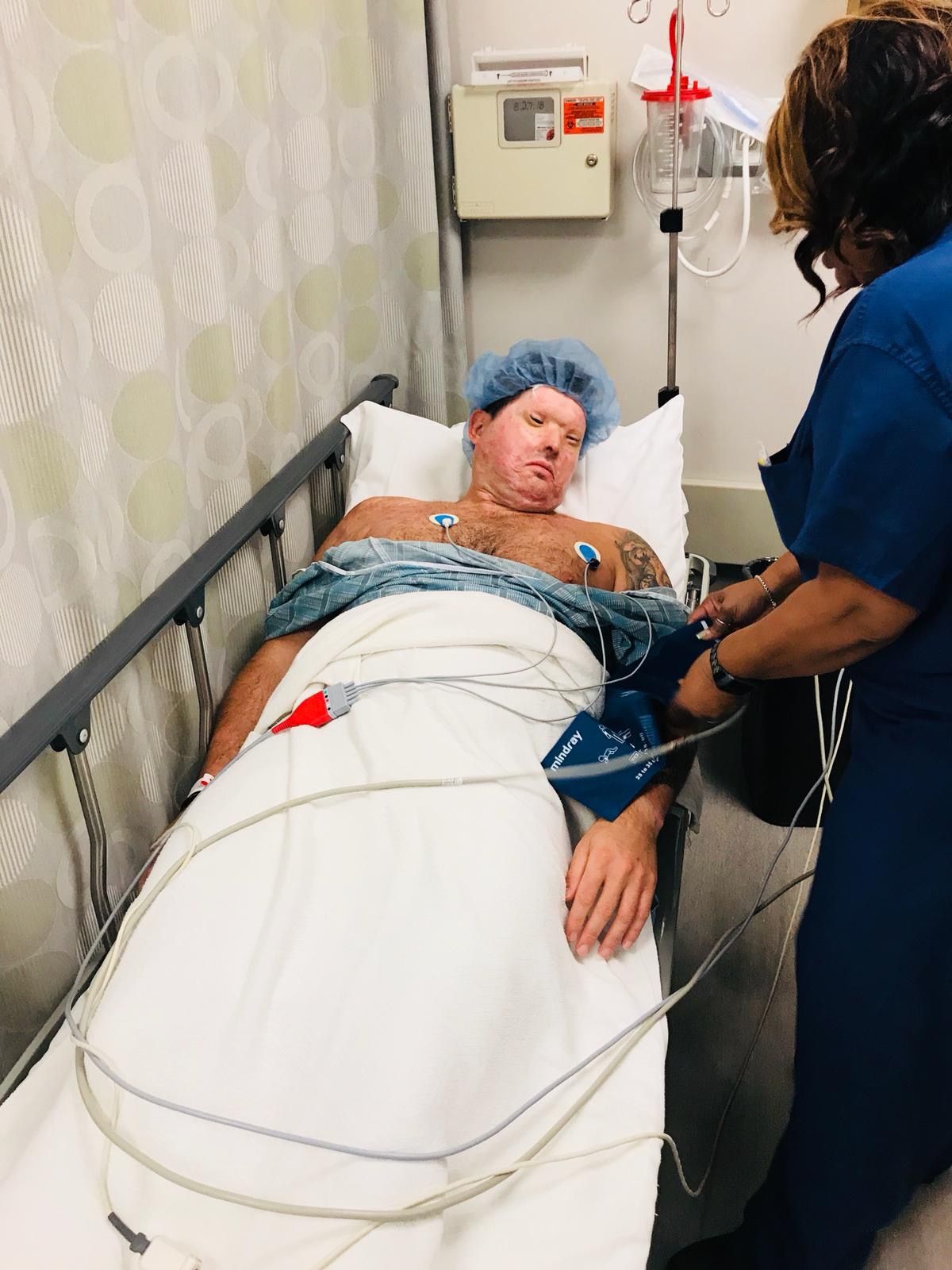 The situation went on for six months until the police finally discovered Andreas was innocent of any wrongdoing.

David Phillips had driven 300 miles from Sussex to carry out a revenge attack in December 2014 against someone he believed had sexually assaulted a member of his family – but he got the wrong house, and the wrong man.

Andreas said: “It was good old fashioned policing that got the win. They turned up for another meeting and said, ‘We’ve got it. We’ve got the information and we know why it happened and we know that you’re completely innocent', which was a remarkable day if I’m honest.

“I can understand their point of view. It was a very targeted attack, I’d just started a new business, we were quite out there in the local area. 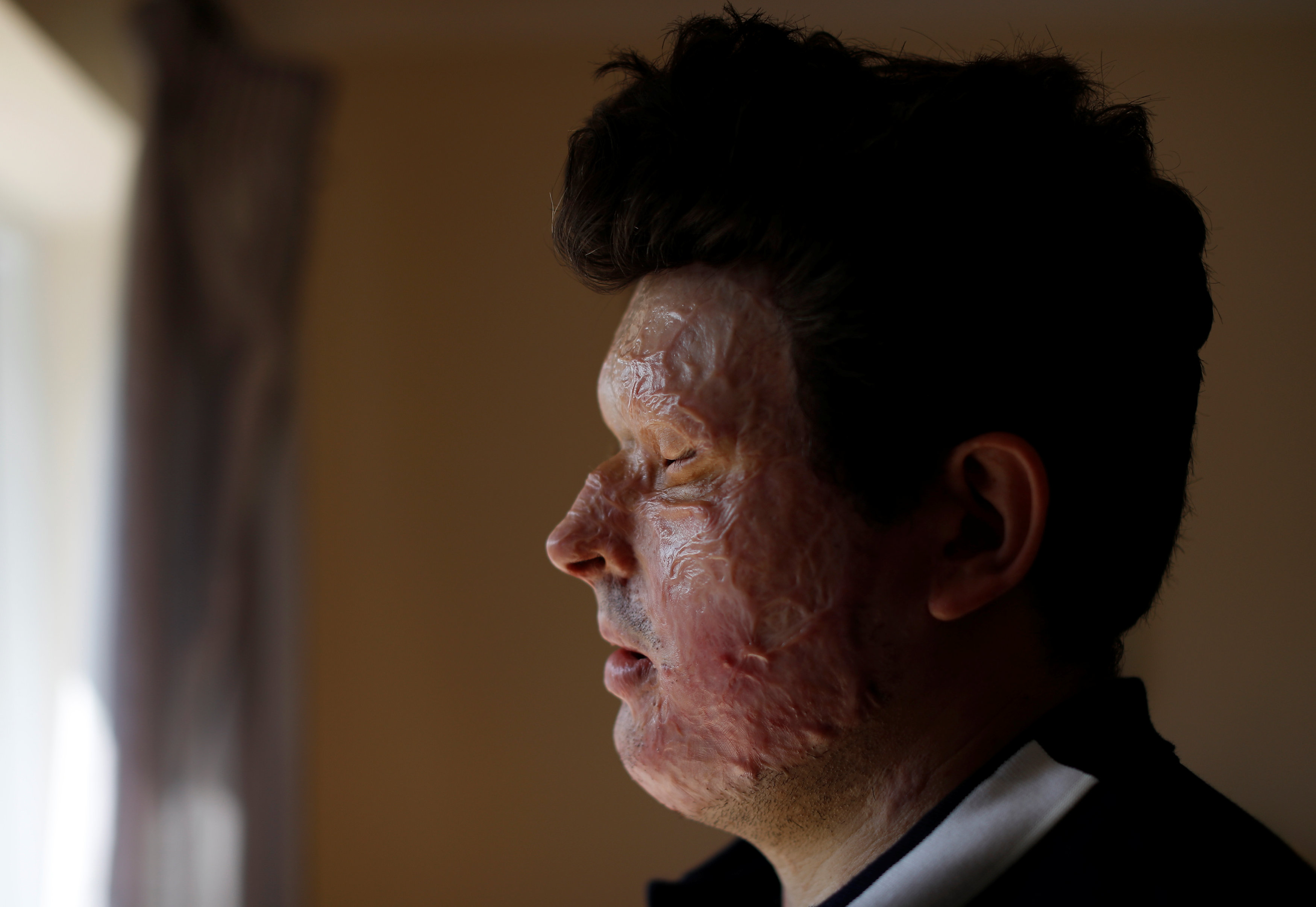 “We had two BMWs with branding on the drive, they felt that it was just too targeted. But he just turned up at the wrong house.

“Even if he had turned up at the right house he’d have got the wrong guy because he’d already moved out.”

'Attack is a life sentence for me'

In October 2015, David Phillips was given a life sentence with a minimum term of eight years after pleading guilty on the morning of his trial.

But a year later his life sentence was quashed in the High Court when judges imposed a 16 year sentence and said he would be eligible for parole after he had served eight. 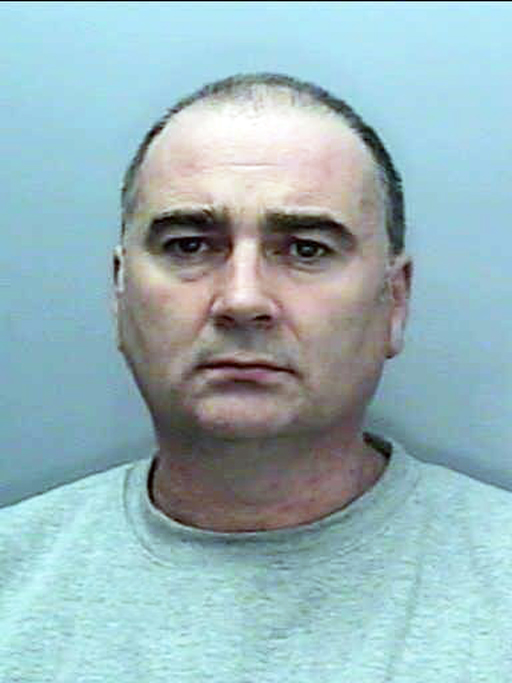 Last year Andreas discovered that Phillips had been moved to an open prison, something that left him sickened.

He said: “He showed no remorse throughout the whole investigation. He lied and only pleaded guilty at the eleventh hour, when we were going to trial.

“The CPS barrister came in and said he wanted to plea. And we said no. We don’t accept it. We want to come to court. There was so much that we wanted to come out in public about what happened. 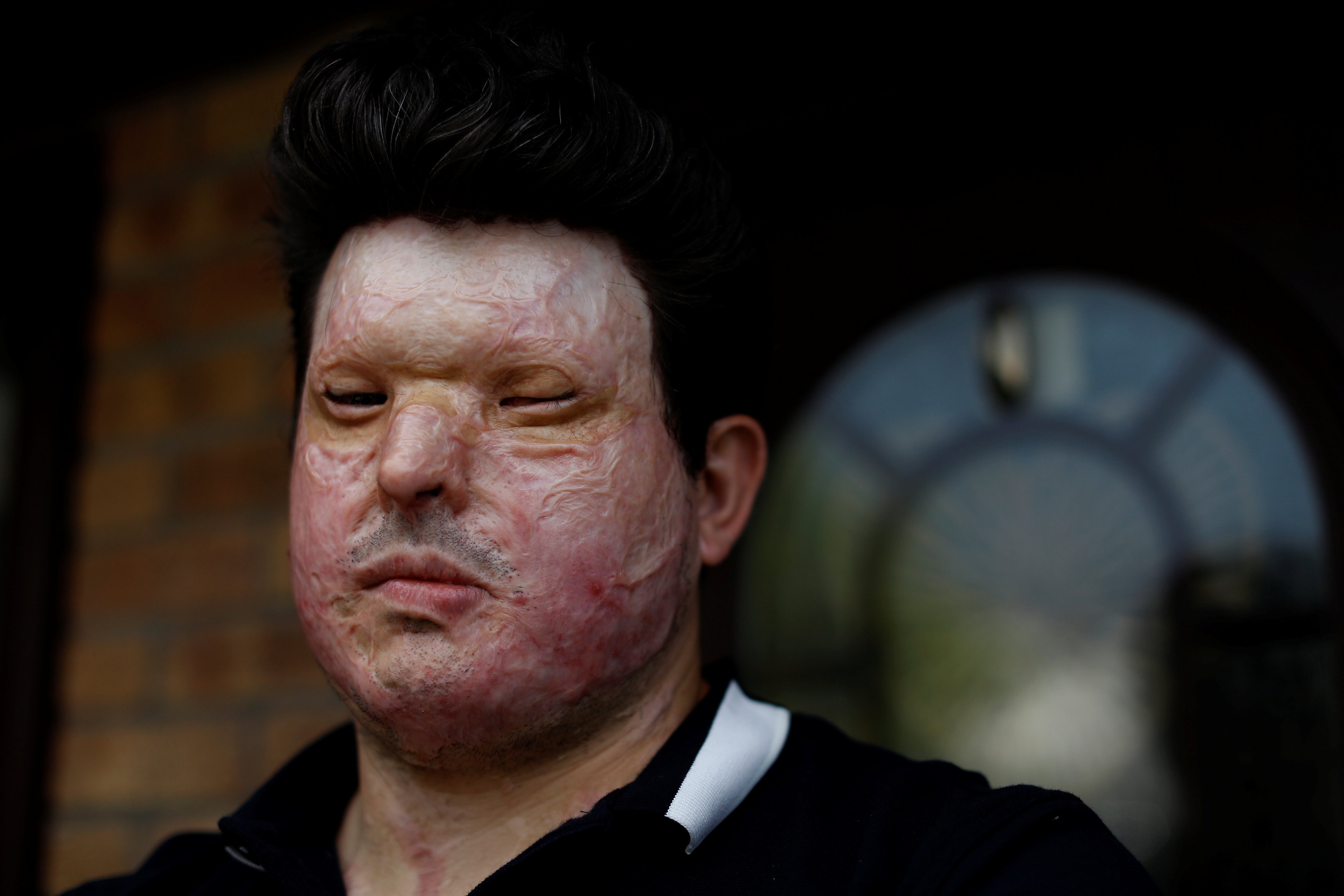 “When the appeal went to the High Court, I wanted the judges to see first hand the injuries he’d done. The judges addressed me directly saying it was very rare for someone like me to turn up at the court.

“They needed to see but it didn’t make a difference. I’ve never held much anger towards him and deem his actions to be that of stupidity.

"But I do hold a lot of anger towards the judges at the High Court, judges who get paid an absolute fortune to make these decisions, who deemed a man who threw a pint of acid in someone’s face not to be a danger to society. 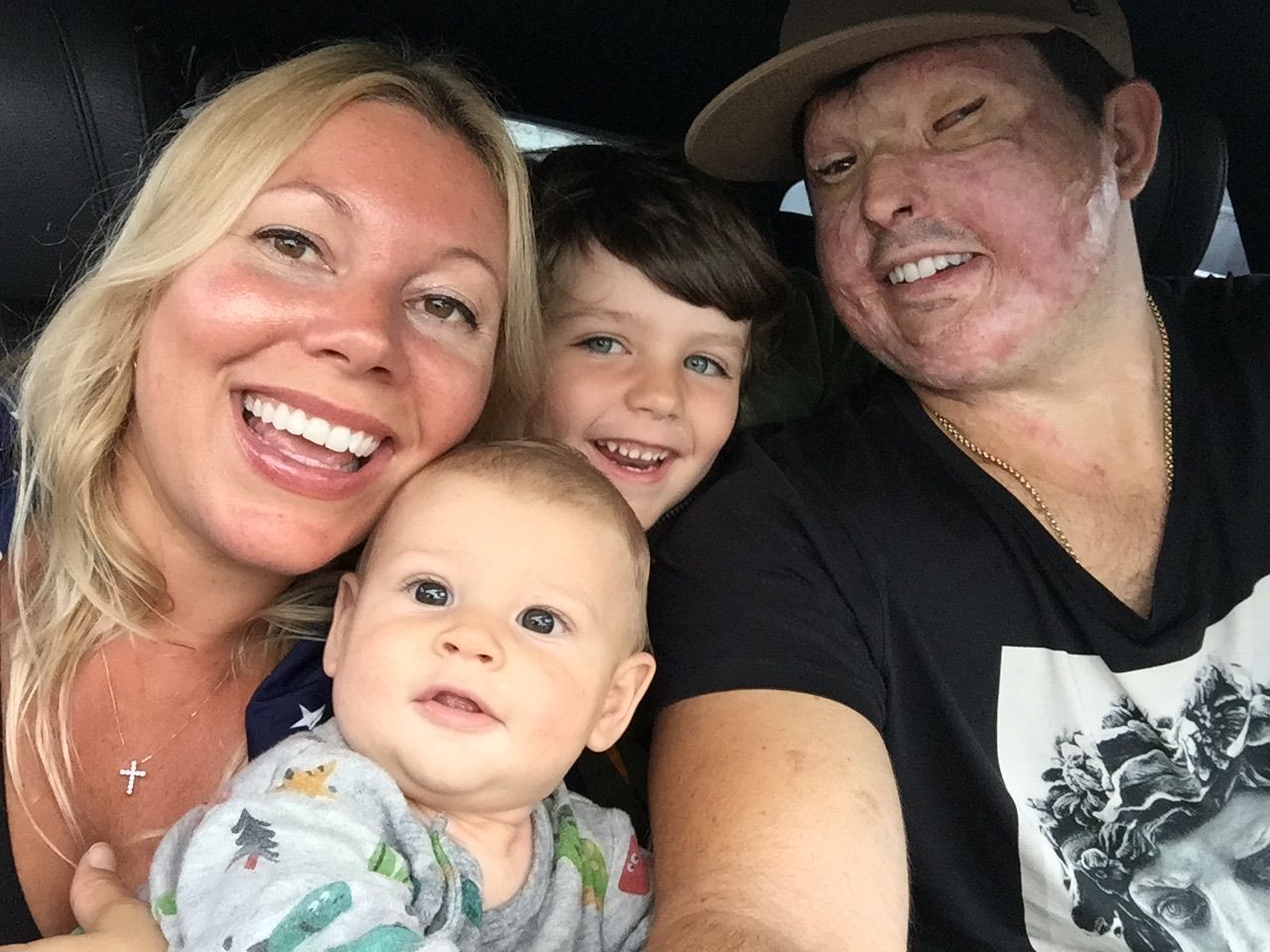 “That absolutely baffles me.

“I have no issue talking about myself, or my injuries. It’s put me in a unique position to stand up, stand proud, and talk out against injustice.

“But he can now spend time with his family, he’s allowed out, to get a job and be reintroduced back into society.

“It’s been five-and-half years since he was sentenced, how is that fair?

“I have to get up every morning and look in the mirror and see what he did. It’s a life sentence for me.”

'Support restored my faith in humanity'

Andreas, who owns a property management business, has come a long way both physically and emotionally since the horrific attack. 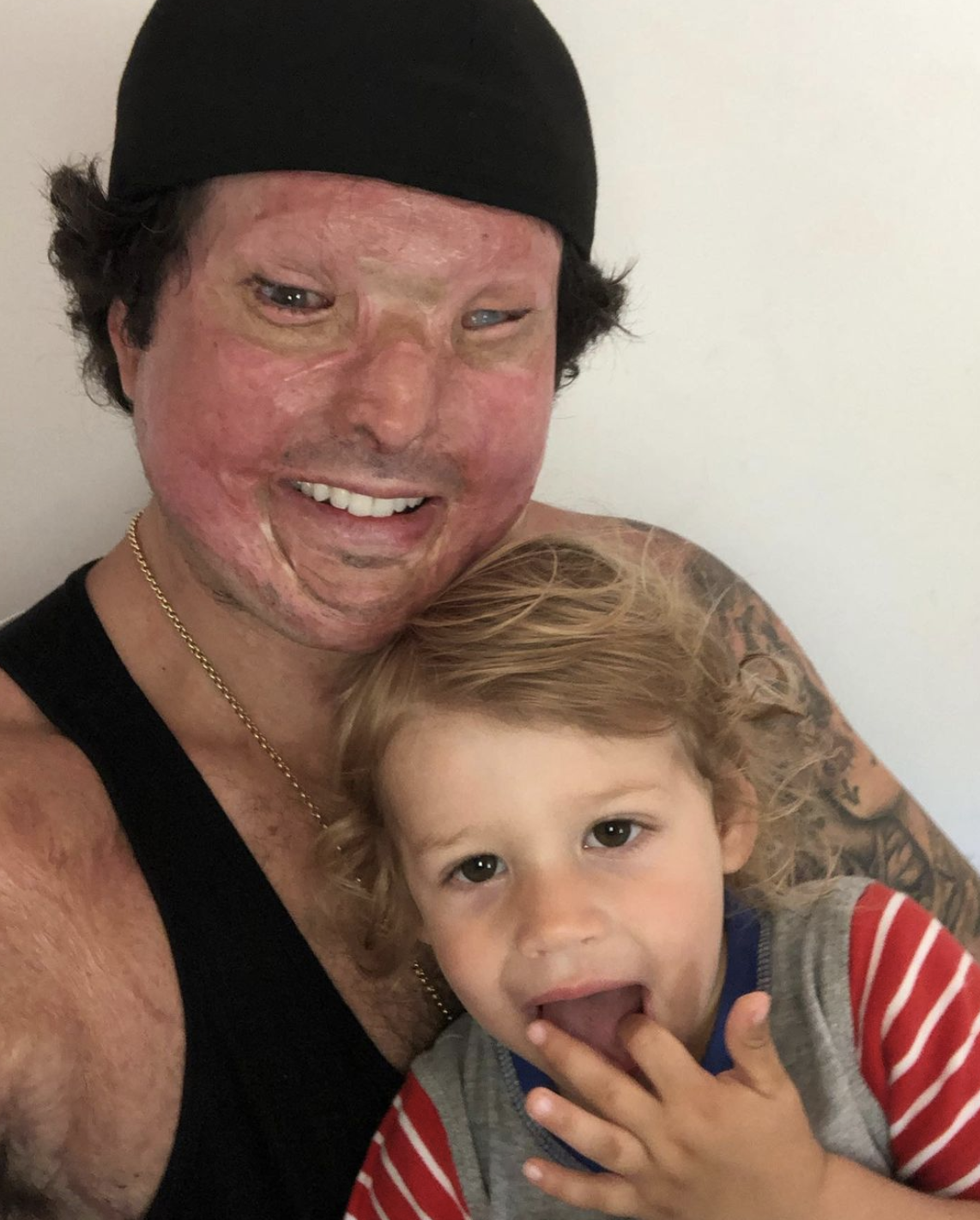 Recalling his recovery he said: “When the attack first happened my wife and I made the decision that my son wasn’t to come to the hospital.

“He was 18-months old, and all he needed was love, food and toys. I remember lying in a hospital bed when even the smallest things become monstrous in your head if you think about them long enough.

“The whole thing about seeing Theo was will he recognise me? Will he be scared of me? The more I lay there the bigger the monster got. 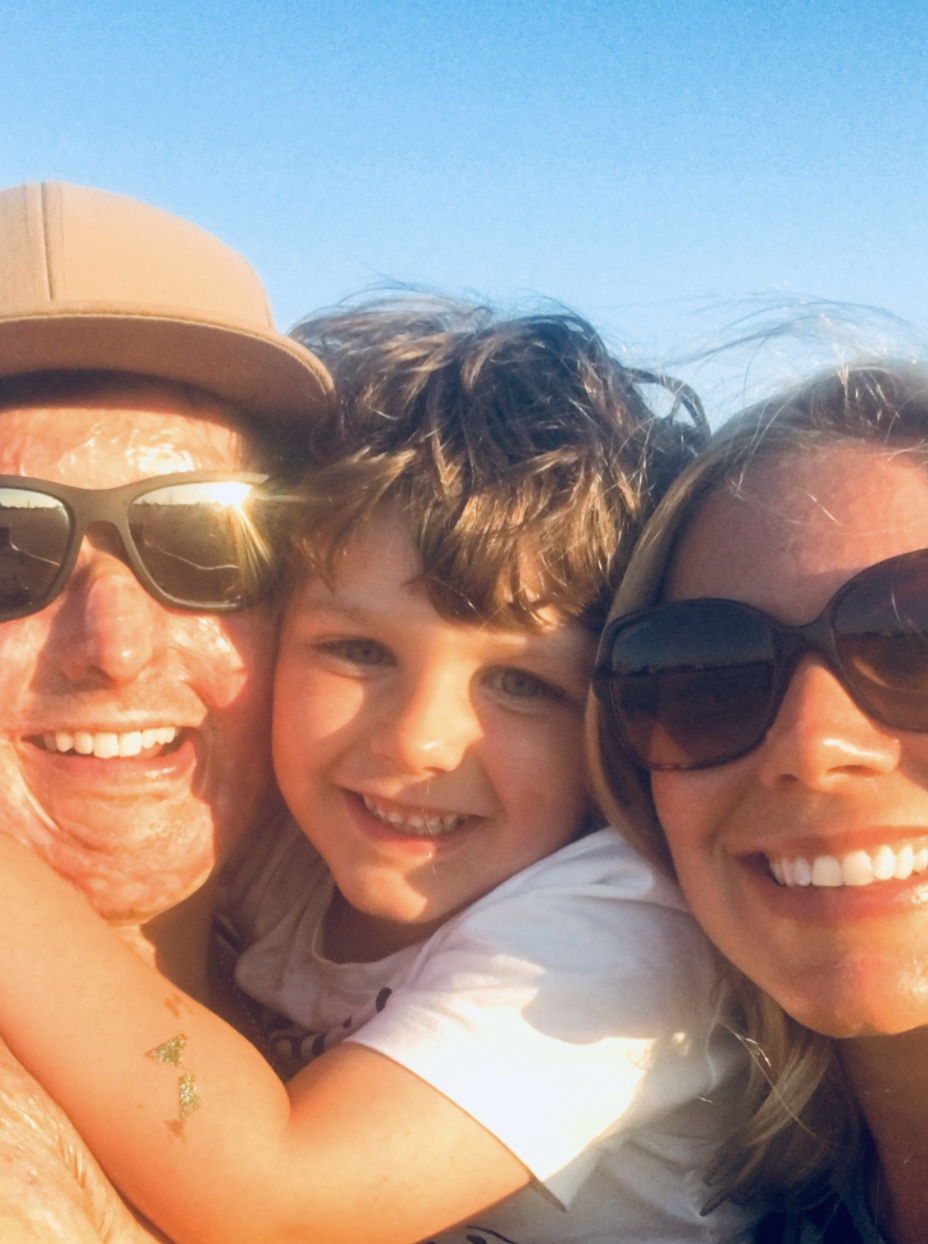 “My wife went and got him and brought him down to see me. When he got out of the car he just took one look at me and ran at my wife, my heart sank.

“Then he heard me speaking and he knew it was me. He’d never been a cuddly child, never wanted hugs, but that day he put his arms around me and didn’t let go for almost an hour. It was possibly one of the best feelings of my life.”

Andreas and wife Pia had a second son, Lazarus in 2018, and recently started a new business, hiring out camper vans to holidaymakers in Cornwall looking for off-grid adventures. 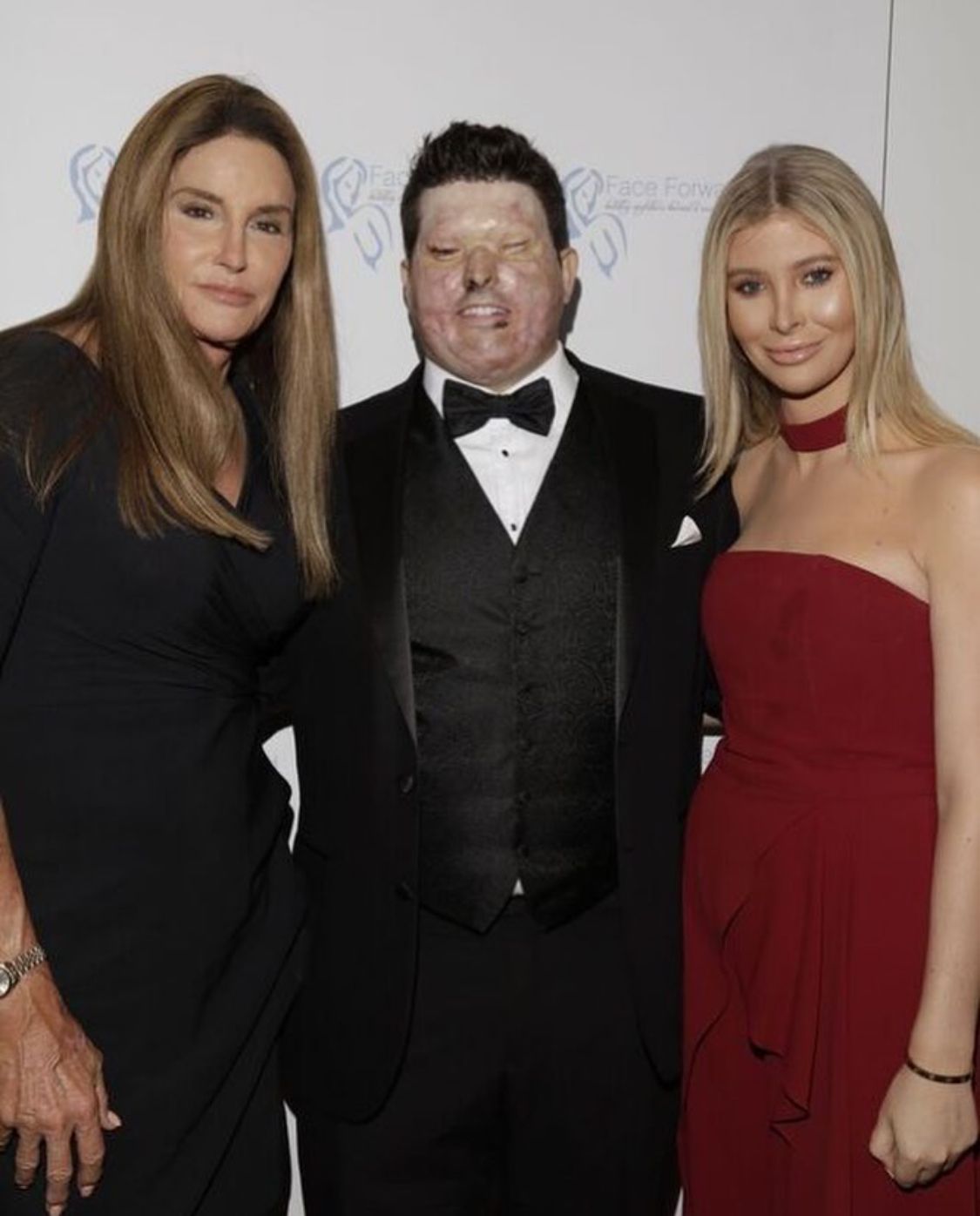 He is also the UK ambassador for a charity called Face Forward who help victims of violent crimes.

He said: “I’m a cynic, but going through this has made me look at the world in a different light.

“We received countless messages from people all over the world when the attack happened. My wife used to read them to me. People taking five minutes out of their lives to send you a really positive and loving message from all over the globe. It kind of restored my faith in humanity.

“It’s difficult for my kids at times. They don’t like it. Theo went through a real stage of really not liking going to the park because people would stare. 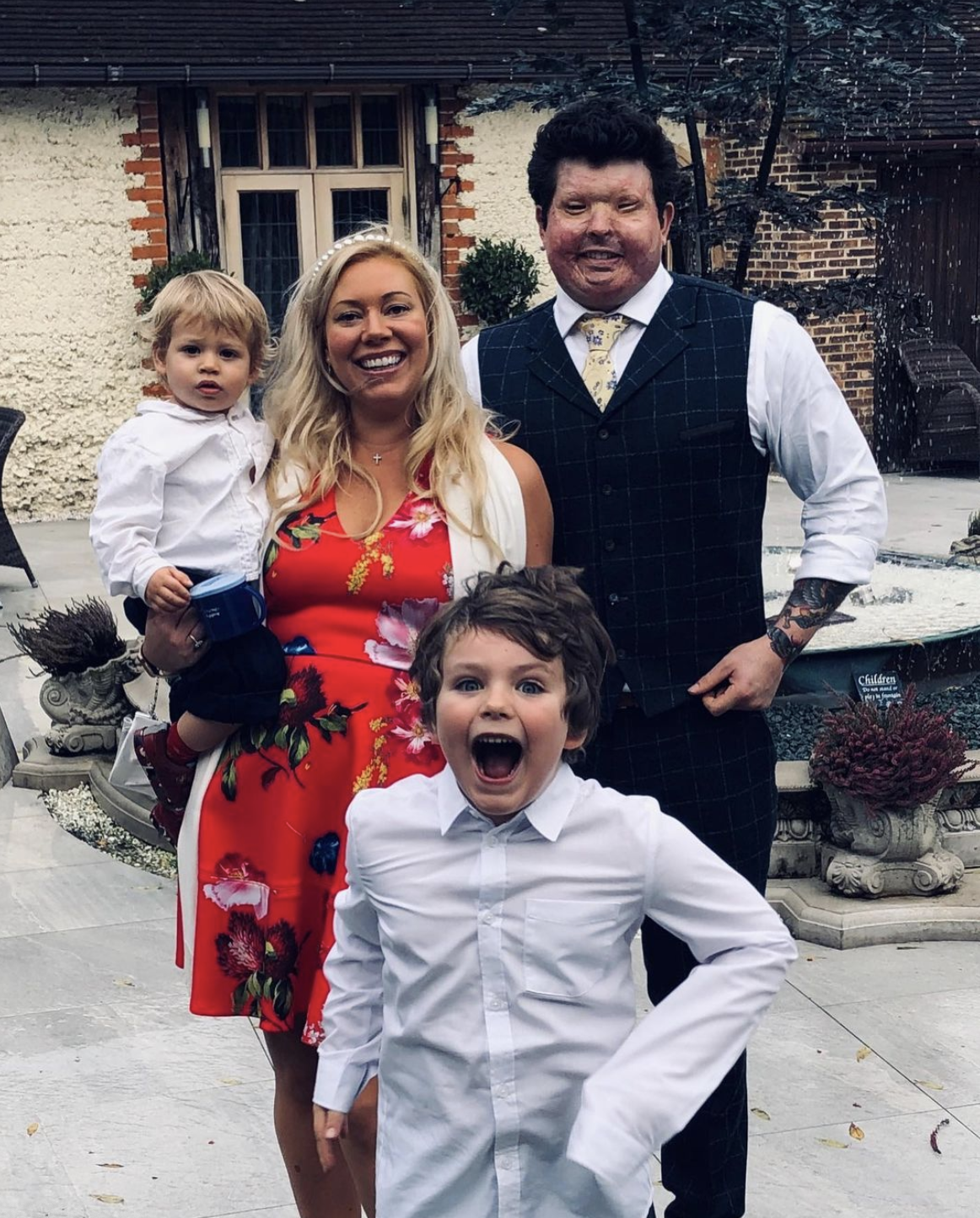 “And I know he’s suffered some torment at school because of it. But as harsh as it sounds it’s something we’ve all got to live with, it’s not easy but it’s about supporting each other."

As part of his recovery Andreas, whose dad started Cornwall's Run to the Sun festival in 1987, two years after he was born, decided to buy a vintage Beetle Wizard as a therapy project.

Having grown up around the annual event, which was Europe’s largest festival showcasing Volkswagen vehicles and custom cars before it was forced to close in 2014, the same year as the attack, Andreas bought it as a tribute to the family festival.

“Not only because of the attack but our company got into difficulty, the bank forced our hand to sell, we lost our events, our holiday parks.

“So I bought the car as a tribute. I’d come through the attack, life was still very much on hold, I’d been through therapy but I felt like I needed to chisel out some time for myself each week where I do something I wanted to do, and lock myself away from the world. 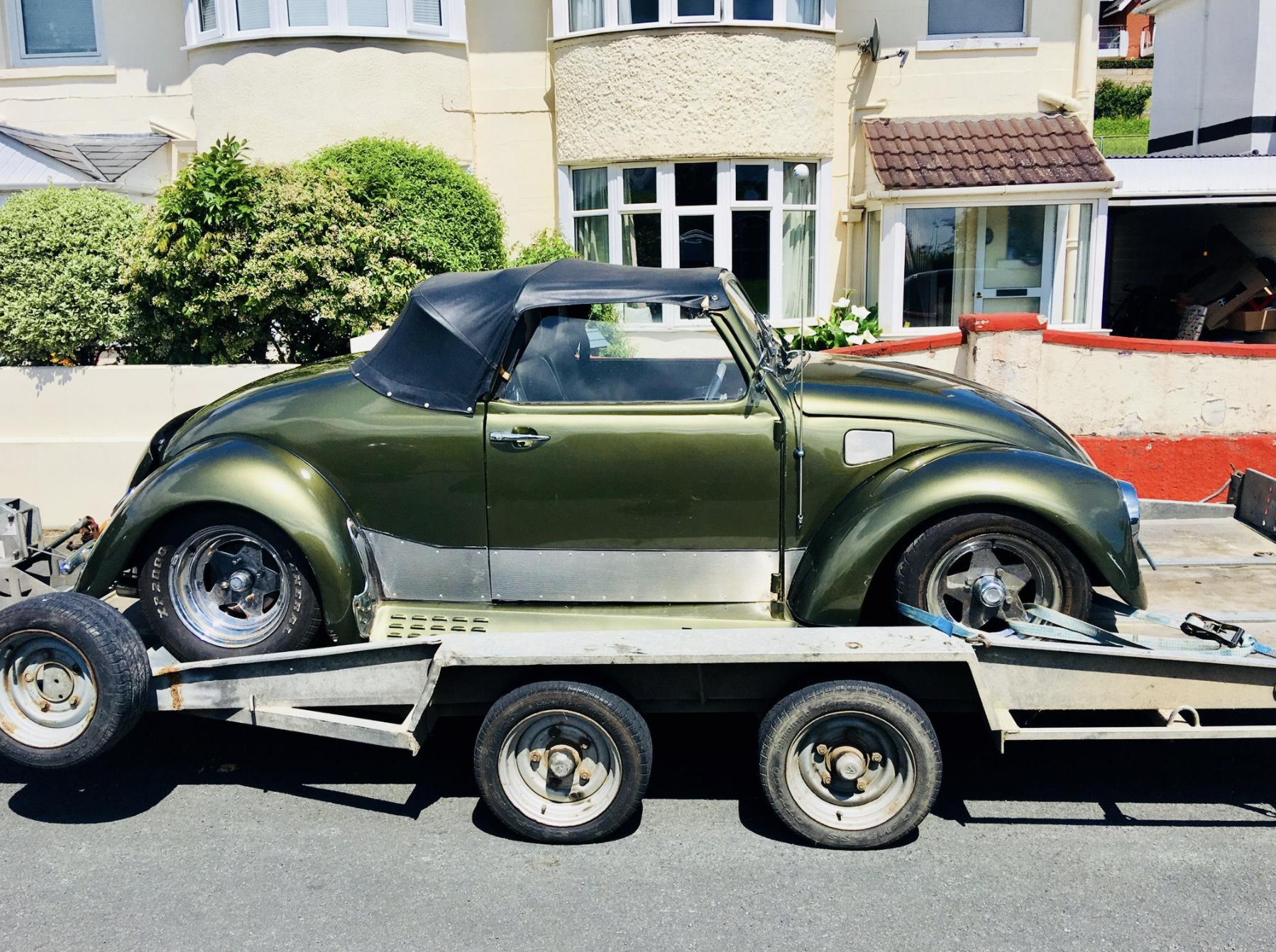 “Mechanics aren’t something I know much about but I like to tinker. I like taking things apart and seeing how they work.

“But then when I got further into the car there wasn’t much holding it together underneath.”

The car was left in the garage until a close friend of Andreas put him forward for National Geographic’s Car S.O.S show which restores vintage cars to their former glory.

He said: “Kev is my right hand man. I’ve known him most of my life, he works for me but he is my family.

“He came with me to buy the car and he knew how passionate I was about that part of my life and would always say, ‘Don’t worry boss, I’ll get the car sorted’ and then he did.

“It was a huge surprise and I was in tears as all these TV cameras started appearing. And then Katie Piper turned up. I know Katie as we've done a few charity gigs together.

"It all happened really fast and was probably one of the nicest things that has happened to me since the attack.

"And of course the car looks amazing."