I’m A Celebrity… Get Me Out of Here! is only a few months away from returning to television screens with a new celebrity line-up.

With speculation rife as to who is going to step into the jungle, changes are going to be made to the presenting line-up, according to a source.

Last year, Ant McPartlin was taking a break from hosting duties and Holly Willoughby stepped in to present alongside Declan Donnelly.

This year, while the fan favourite duo return to ITV1, the I’m A Celebrity… Get Me Out of Here! spin-off show Extra Camp on ITV2 is reportedly going to be switched up.

It comes after Joe Swash and Scarlett Moffatt decided to step away from their duties in order to focus on other opportunities.

Joel Dommett is remaining as a presenter and it was recently suggested he is going to be joined by Emily Atack to form a new team.

Today the third presenter has been teased and show bosses are giving the job to former campmate John Barrowman.

The Torchwood actor who took part in last year’s series and came third, is reportedly in talks with the producers to join the spin-off show.

An unnamed source told The Sun: “Producers loved John and Emily together last year and were looking for formats for them once they left Australia.

“When the chance to do Extra Camp came up ITV bosses thought it made sense. 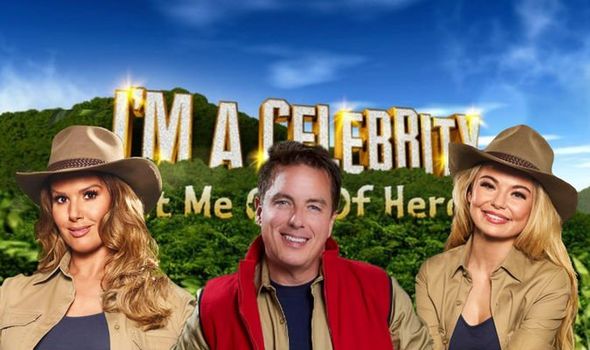 “Joel can hold it together, as he’s done the show before and the newbies can bring their own madness to the table. It’s all but a done deal,” they continued.

Express.co.uk has contacted ITV and they said the Extra Camp presenters would be announced nearer transmission.

Fans of the show will know how Scarlett, a former Queen of the jungle announced her departure from the presenting gig on her official Instagram account.

As for Joe, he explained his decision not to return was due to family commitments after he and Stacey Solomon welcomed their first child together earlier this summer.

In terms of the new series, The Mirror revealed Ant and Dec have filmed a promo for the upcoming series. 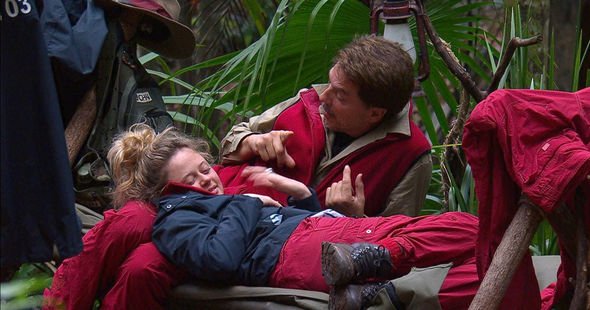 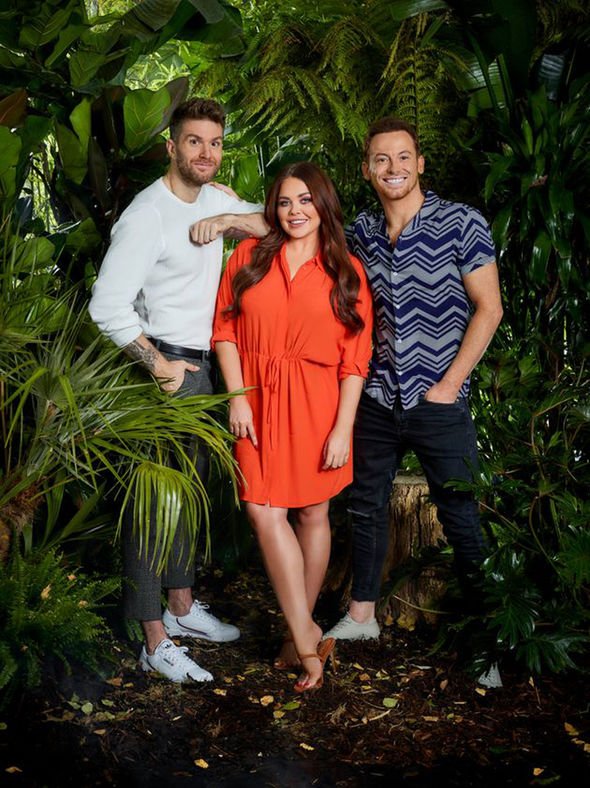 Would you like to see Emily, Joel and John present?

The skit is said to be called “The Men and Boat” and will see the pair rowing toward Australia.

As for who is going to be skydiving into the jungle this autumn, there is a chance one of the Sunday Brunch presenters could be signing up to the challenge show.

Simon Rimmer took part in Strictly Come Dancing back in 2017 and it could be Tim’s turn to venture into the world of reality television.

It comes after a guest on their weekend show predicted Tim to swap the kitchen for the jungle and venture Down Under.