I'M A Celeb viewers were distracted by Ian Wright's bulge as he took part in the high plank challenge during last night's episode.

The Match Of The Day commentator, 56, left viewers shocked while taking part in the nail biting task as his harness showed a little more than he had anticipated. 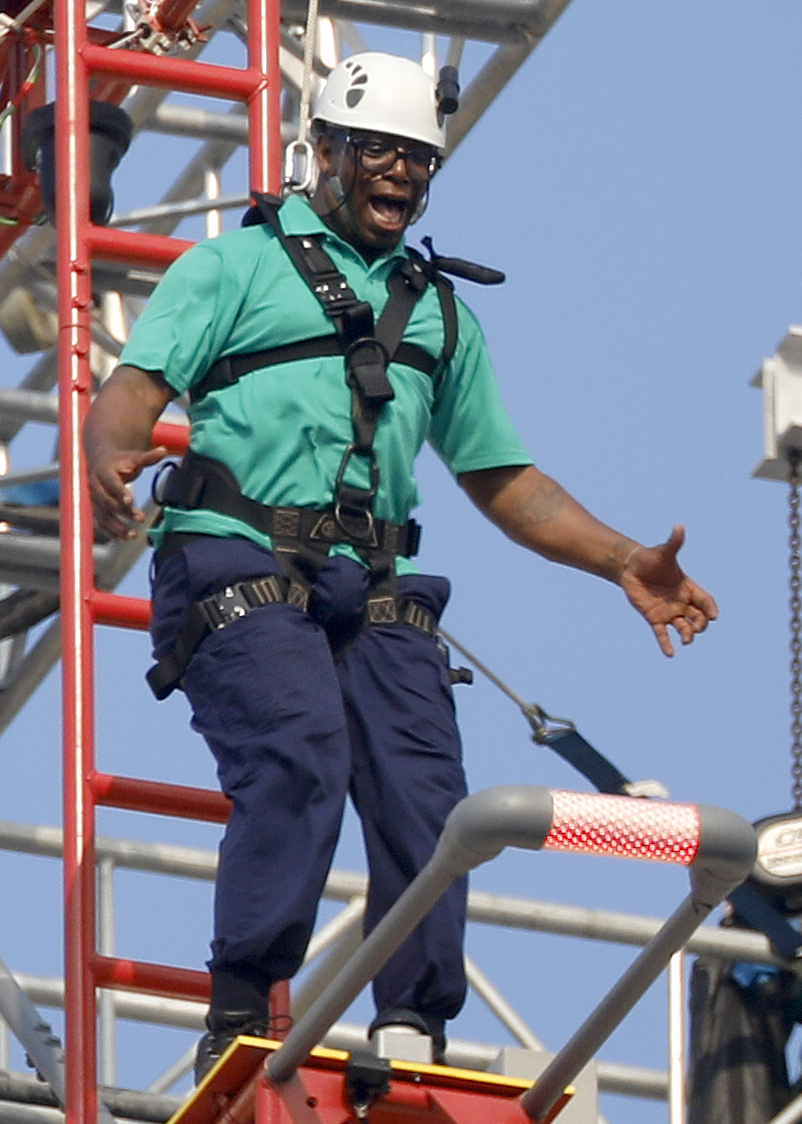 Ian screamed as he was hooked to a harness 300ft up the scaffolding structure.

And while some viewers applauded the footie ace for completing the challenge, others couldn't help but rave over the size of his package.

One wrote: "Jeez that safety pack is quite revealing isn’t it… Just gone blind with That camera pan. Ian Wright package took up half the telly #ImACelebrityGetMeOutOfHere #imaceleb."

Another joked: "Size of Ian Wright's c*ck by the way." 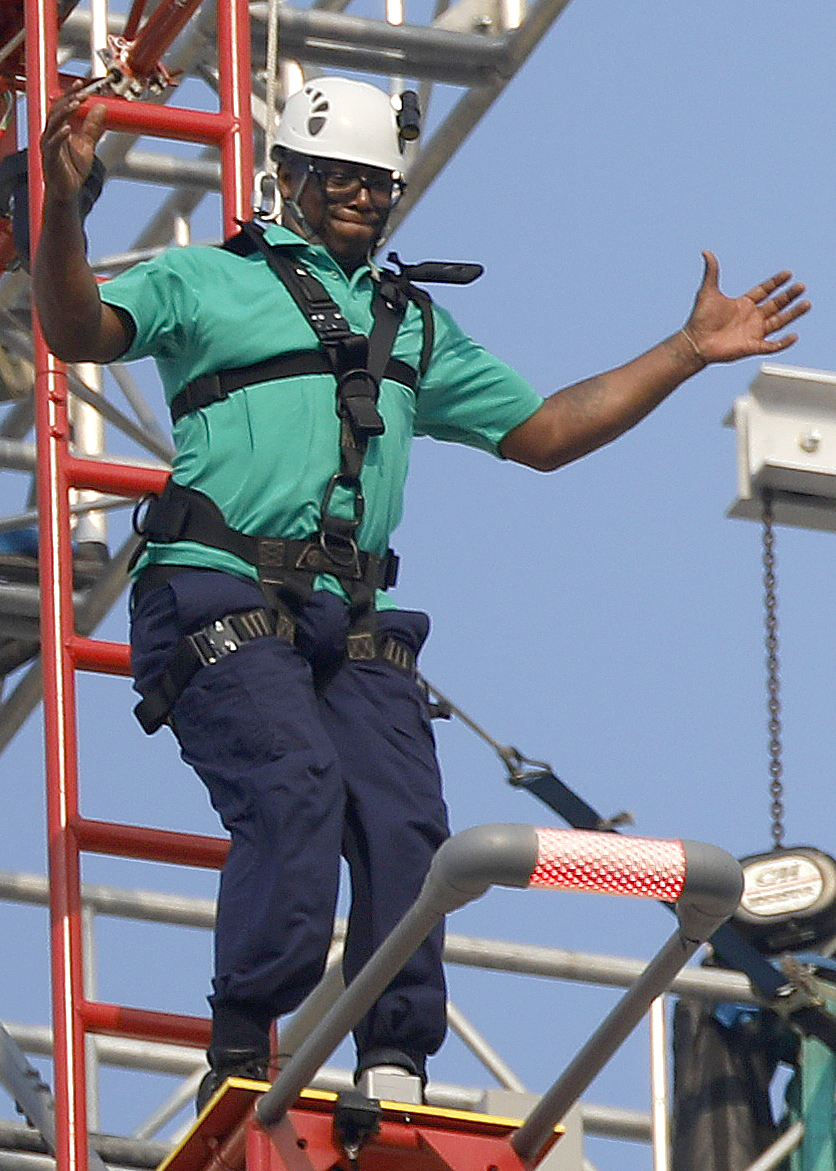 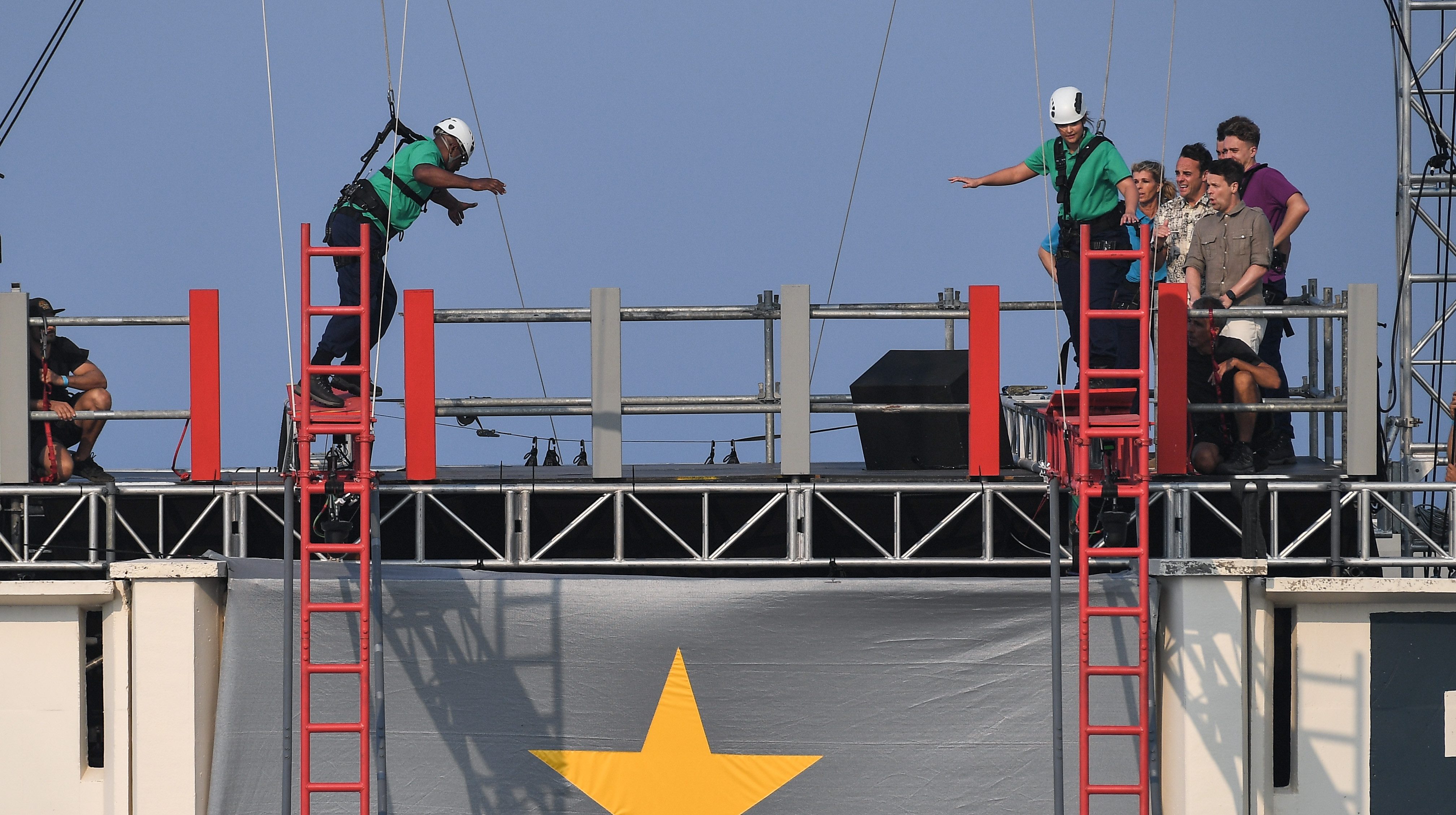 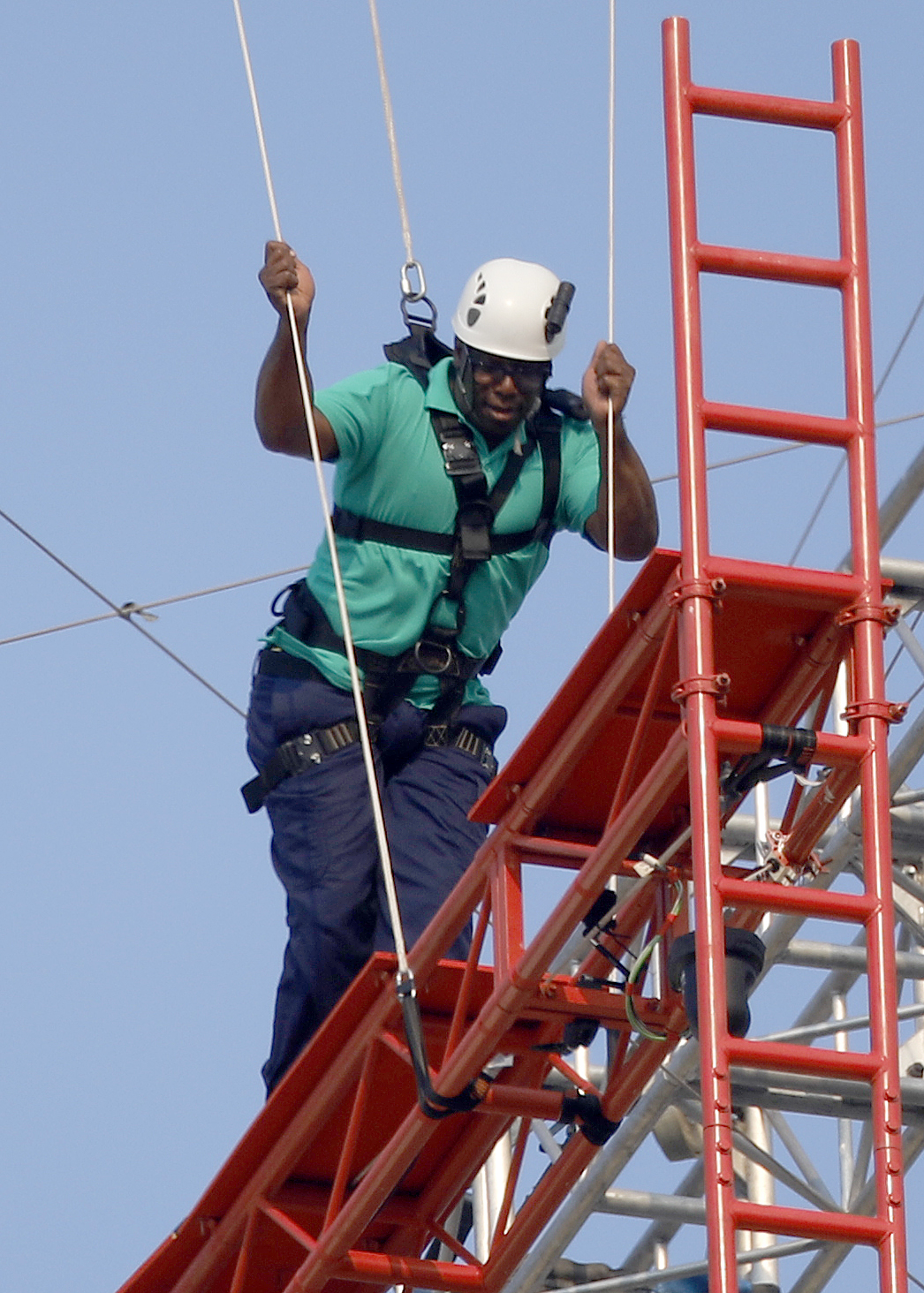 Jacqueline Jossa, Kate Garraway, Andrew Maxwell, Myles Stephenson and Roman Kemp were among some of the other celebs forced to balance on the teetering platform.

The former Gunners forward, who is the bookies favourite to win, has previously admitted to being a well known sleep walker with his friends and family.

Speaking to The Sun, Ian said: “If I do sleepwalk I hope they direct me back to the bed, that’s what my mum used to do as a kid. 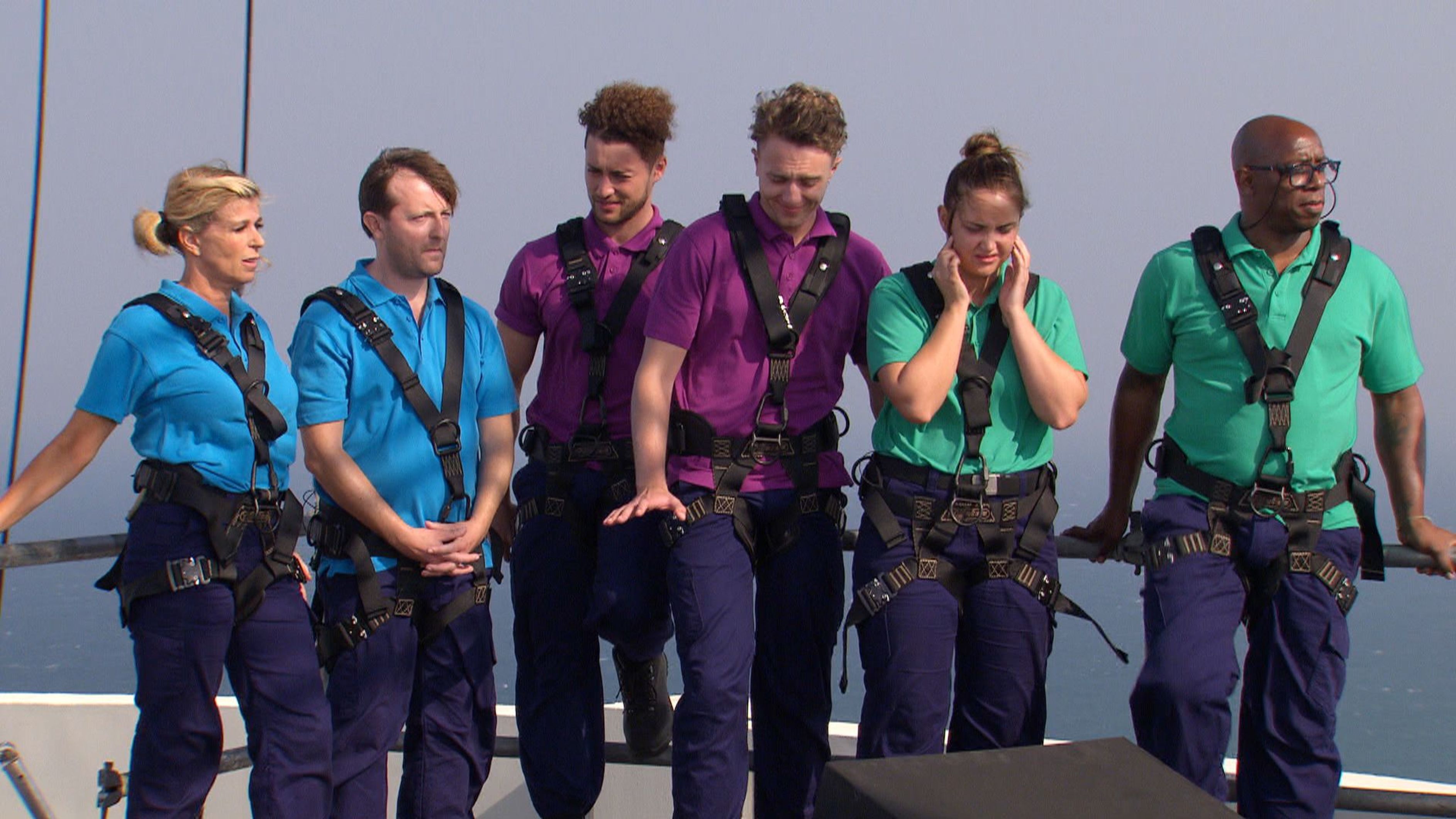 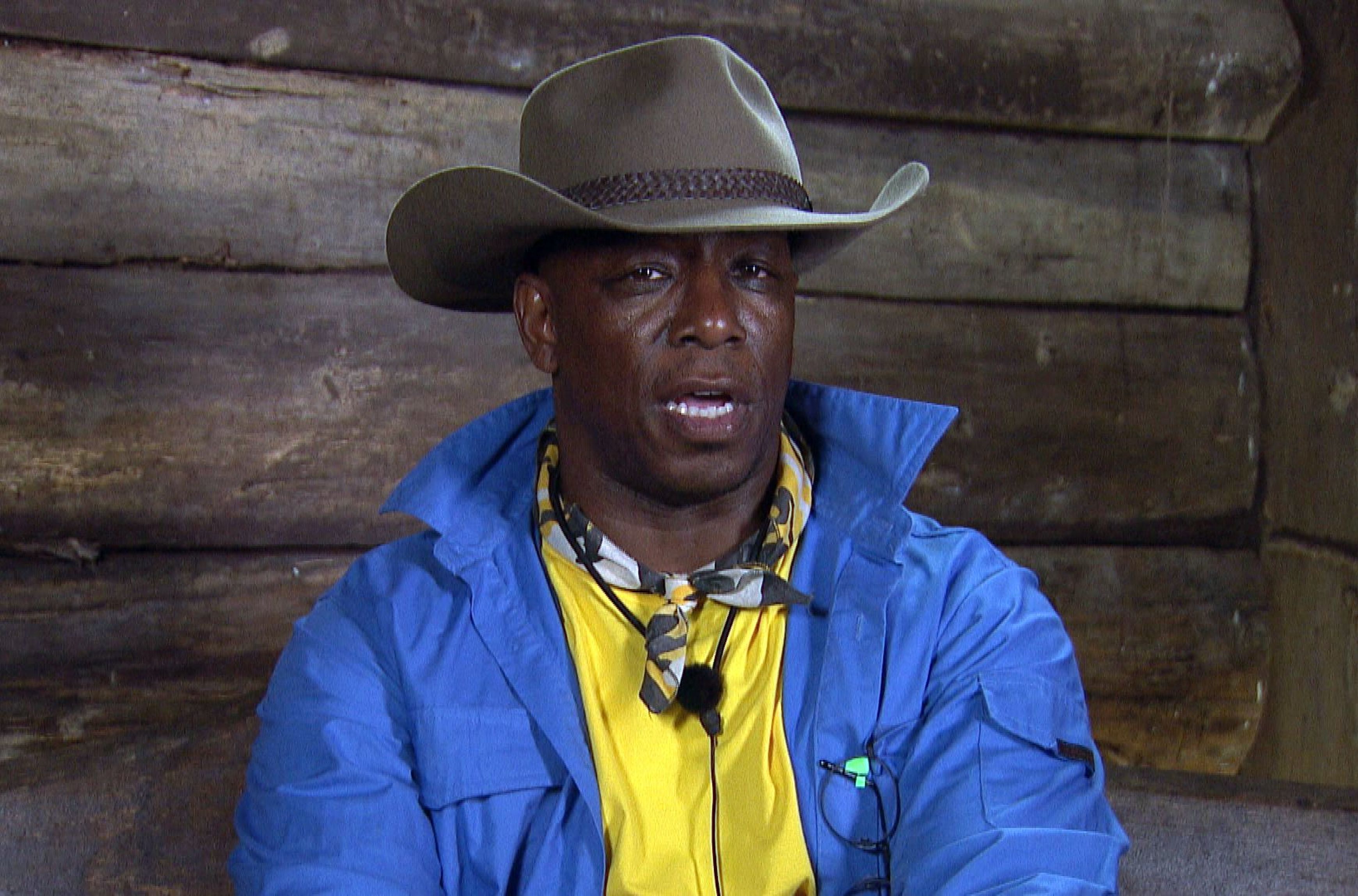 “So those things can get to people. You shouldn’t be afraid to show those feelings, I’m not afraid at all. It’s nice to have a little cry.”

He also says viewers should expect to see his emotional side as he admits he’s prone to crying.

Ian added: “I’m a very emotional guy and in the right circumstances your emotions come out.

“You don’t want to be crying for no reason, and people think, ‘What’s up with him?’

“You’re going to be under a lot of emotional pressure, with respect of food and tiredness and stress."