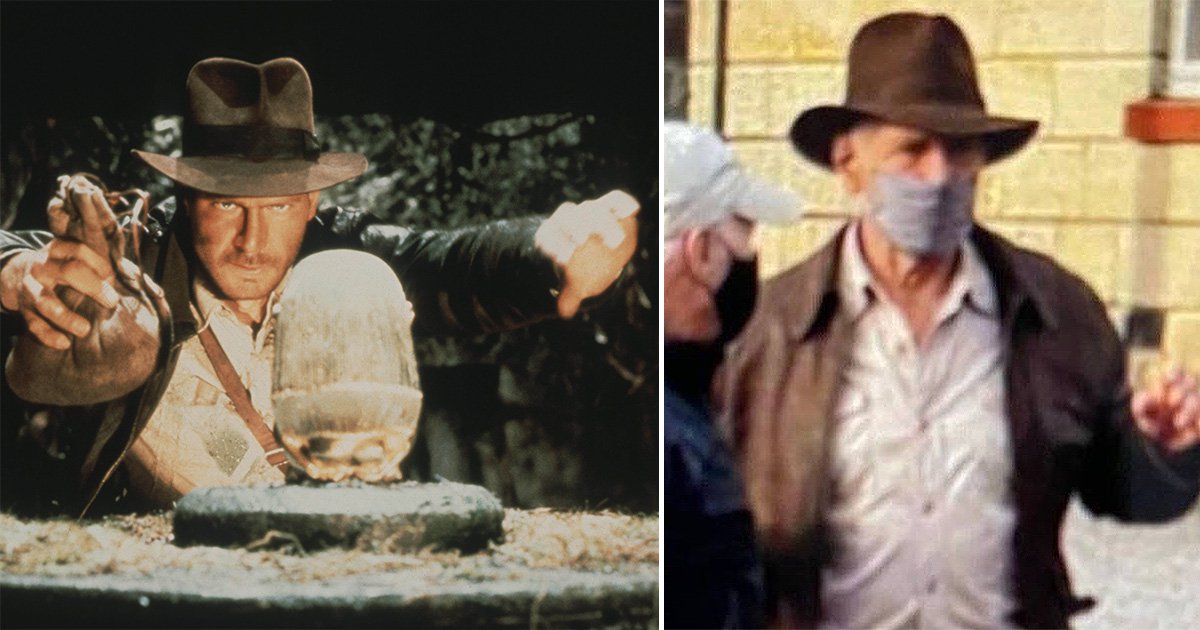 Harrison Ford has stepped back into his Indiana Jones costume for the first time in 13 years as production continues on the highly-anticipated movie.

Giving us the nostalgia fix we all needed, the actor donned his iconic explorer costume once again, 13 years after the release of the fourth instalment.

And let’s be honest, he’s barely aged at all.

Sporting his shirt, brown jacket, and that iconic hat, Harrison also donned a mask to keep safe on set amid the Covid-19 pandemic.

The 78-year-old was seen chatting away to crew members, who were also masked up.

Scenes have also been shot on location at Bamburgh Castle and the North Yorkshire Moors Railway, while the film will also be shot at Pinewood Studios in Buckinghamshire.

Harrison is reprising his role for a fifth time, with the plot of the new instalment being kept massively under wraps.

However, set photos have been emerging, giving us hints about what to expect.

Vehicles from the World War II era have been spotted on set, including vintage cars and a train with a swastika and Nazi emblem on it.

The latest photos from the set show workmen preparing the trains for filming, which will be on the same stretch of tracks in Pickering, North Yorkshire, that was used by Tom Cruise for Mission Impossible just weeks ago.

Harrison’s latest outing as the adventurer comes 40 years after he first donned the hat and whip in 1981’s Raiders of the Lost Ark.

Director James Mangold, who is known for 2017’s Logan and Ford v Ferrari will take over from Steven Spielberg to helm the movie.

However, Steven will remain heavily involved in the film as a producer.

The new movie is expected to be the last in the Indiana Jones franchise.

For more stories like this, check our entertainment page.

Follow Metro.co.uk Entertainment on Twitter and Facebook for the latest celeb and entertainment updates. You can now also get Metro.co.uk articles sent straight to your device. Sign up for our daily push alerts here.