DAVID and Victoria Beckham have given fans a rare sneak peek inside their £31 million London home.

Followers have been offered a glimpse into their home West London, which boasts an immaculate family kitchen. 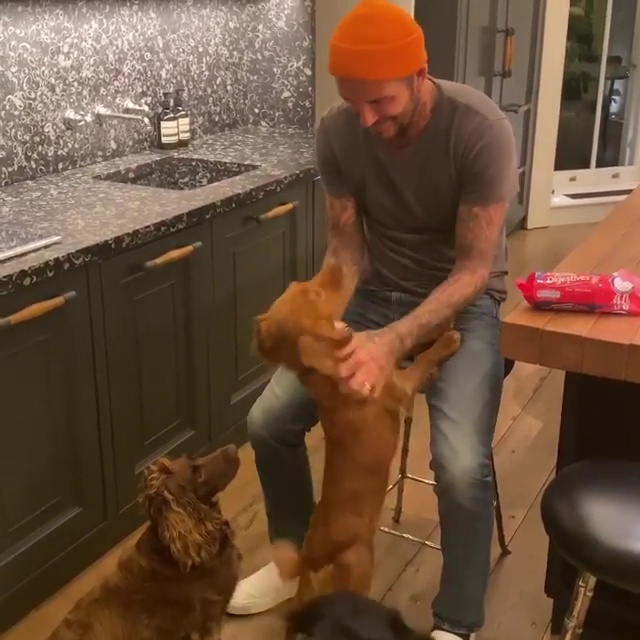 The Inter Miami FC owner, 45, was filmed chilling with his dogs in the spotless kitchen area.

Becks was wearing an orange woolly hat with a grey t-shirt as he enjoyed spending quality time with his pets.

He completed the look with blue jeans and white plimsoll shoes as he sat on a stool in the beautiful kitchen.

To David's right was the marble sink and counter top, with the square sink placed right in the middle.

Handwash was placed just to the right of the sink, which had large wooden draws underneath.

The father-of-four was enjoying some digestives, as the popular household biscuit could be seen on the wooden table and held one in his hand. 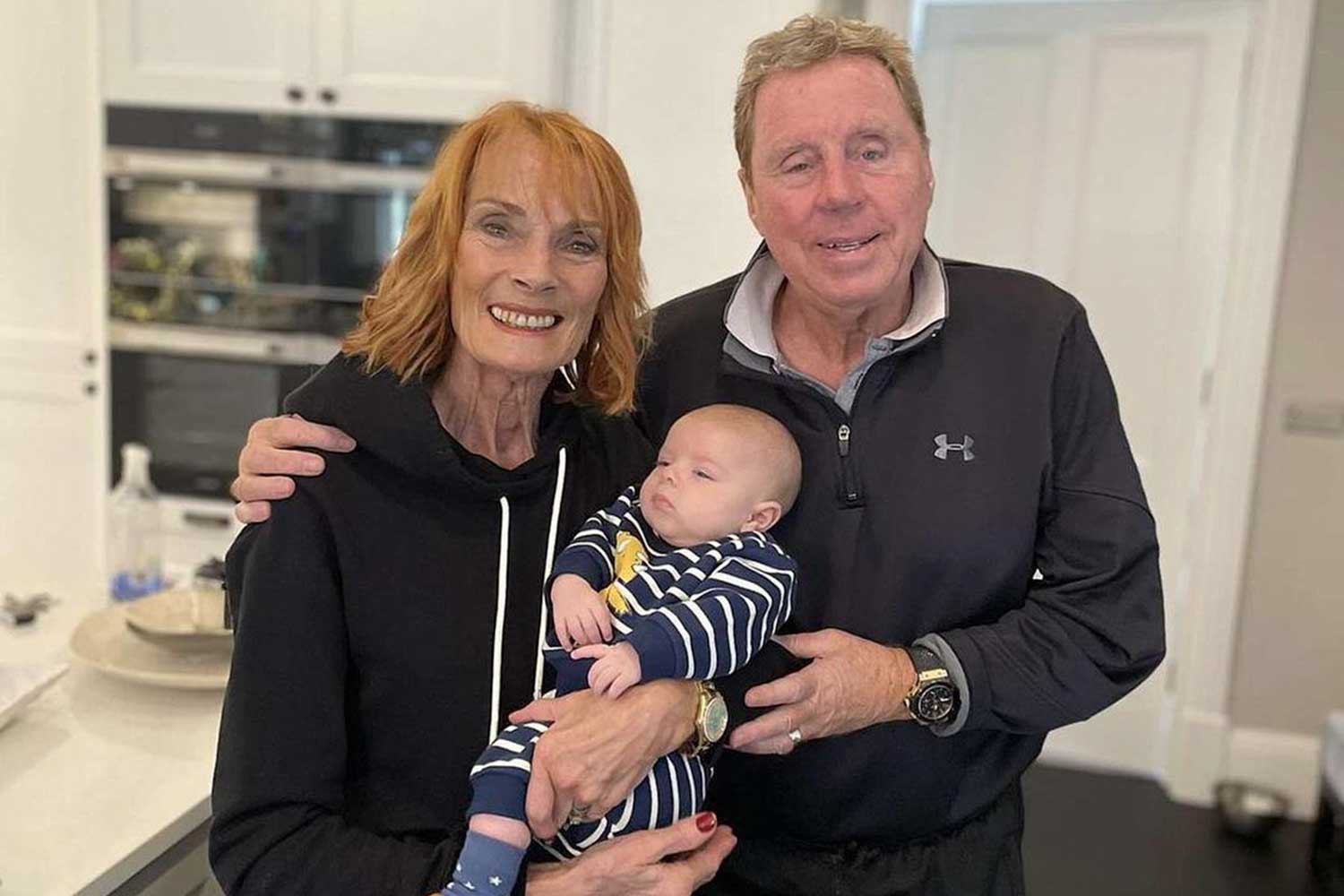 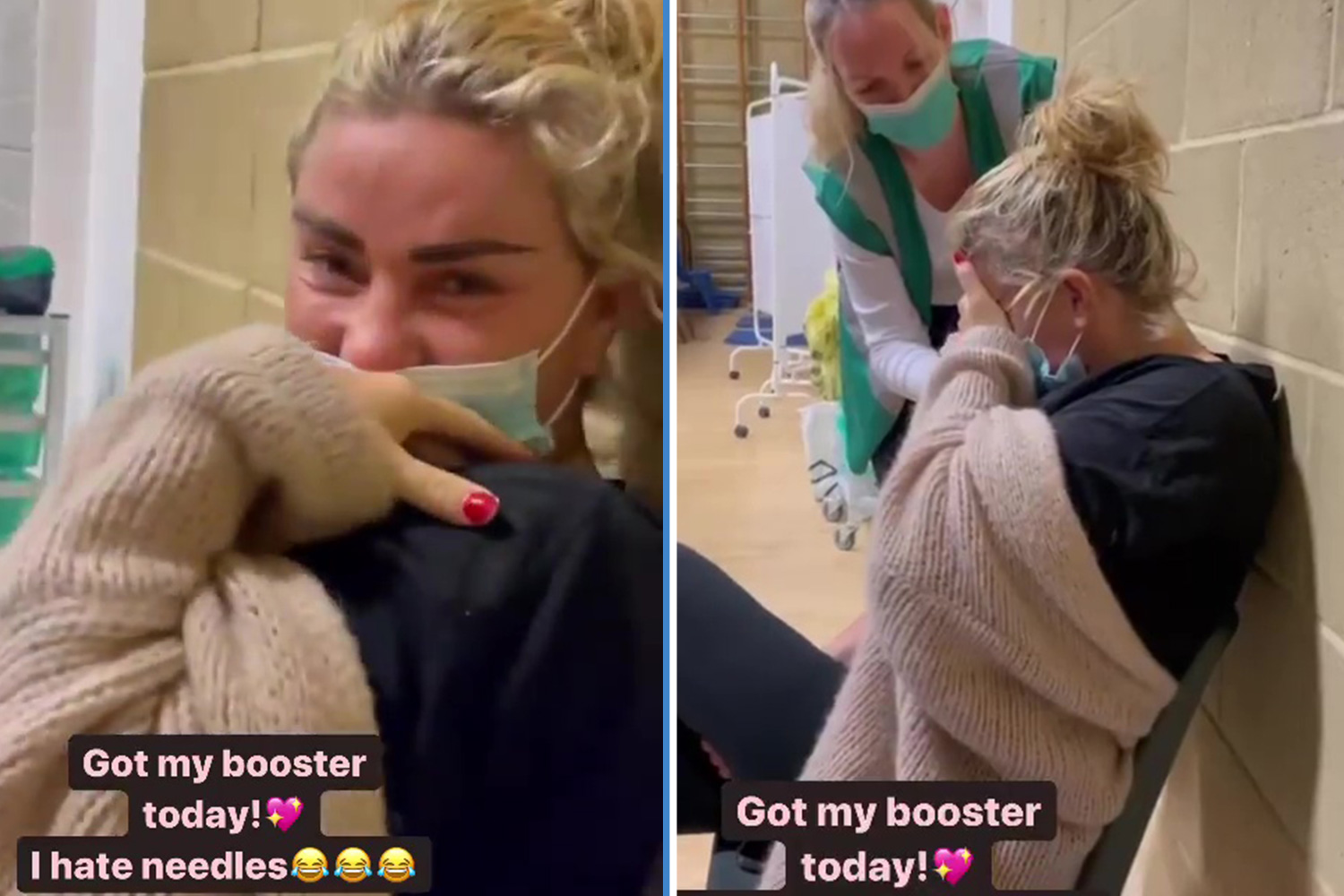 Victoria, 46, also took to Instagram to give fans a glimpse of her massive designer walk-in wardrobe, including some of her own designs.

She wore green boots with a purple skirt with a gold chain around her waist and completed the look with a white blouse and grey checked jacket.

The family regularly give their millions of fans on social media a look through the keyhole at their comfortable and stylish abode.

Built in the mid-19th century, Victoria converted the seventh bedroom into a dressing room and beauty room for her and David's extensive wardrobes.

The front of the house is typical of the area and features a wrought-iron canopy at the entrance with black and white tiles.

On entering the house, the family appear to have stayed true to the property's early Victorian period, with the hallway featuring wall-mounted lighting, antique mirrors and chandeliers on the landing.

The Becks' not-so-humble abode has a gym, study and wine cellar, while their small garden has lots of greenery to create a small city escape. 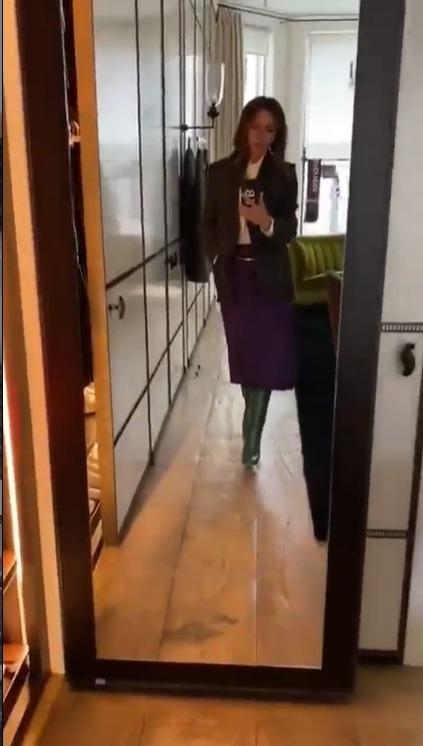 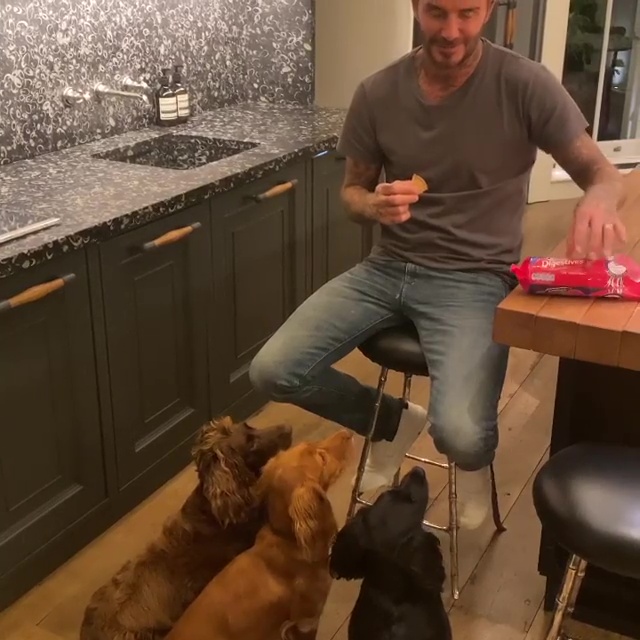 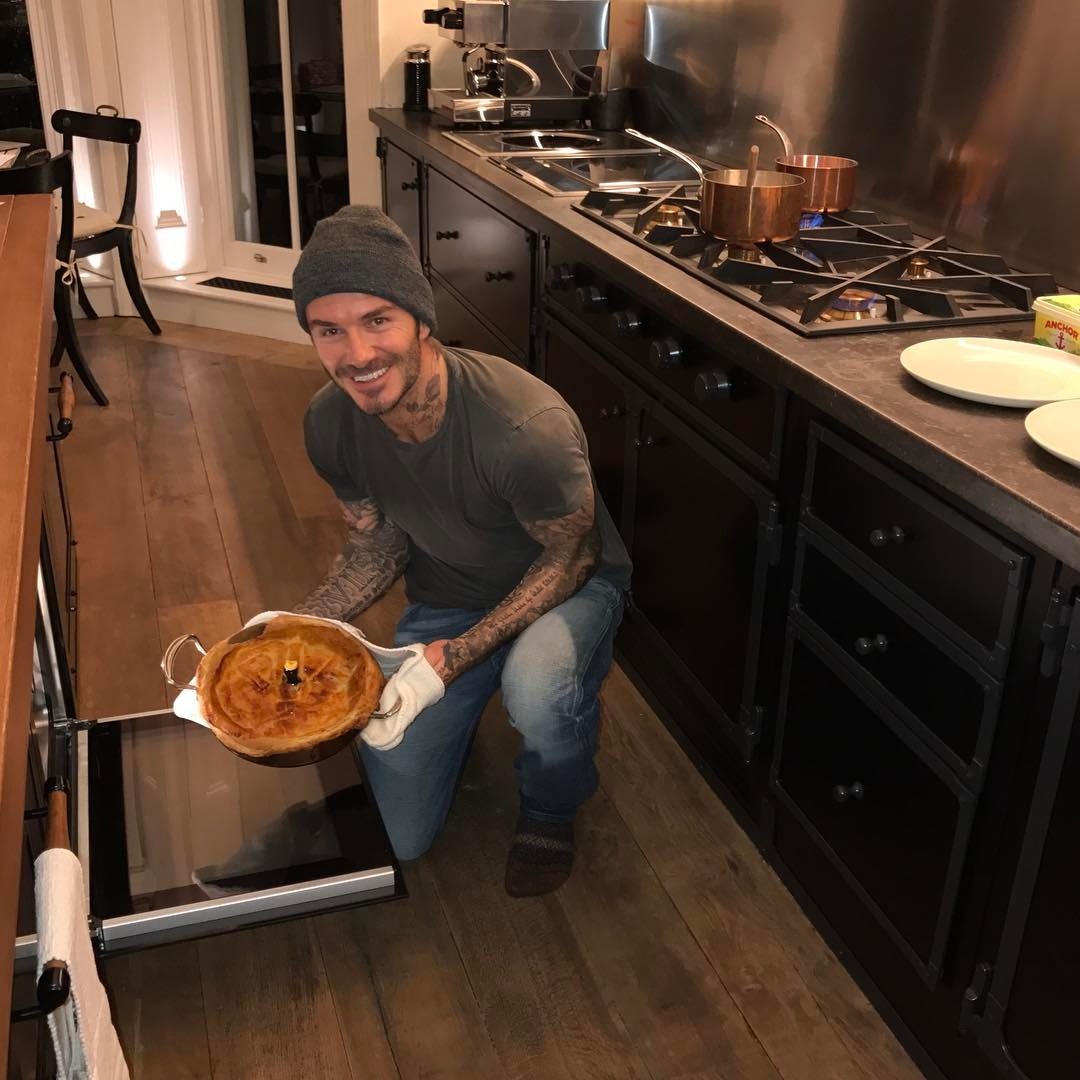 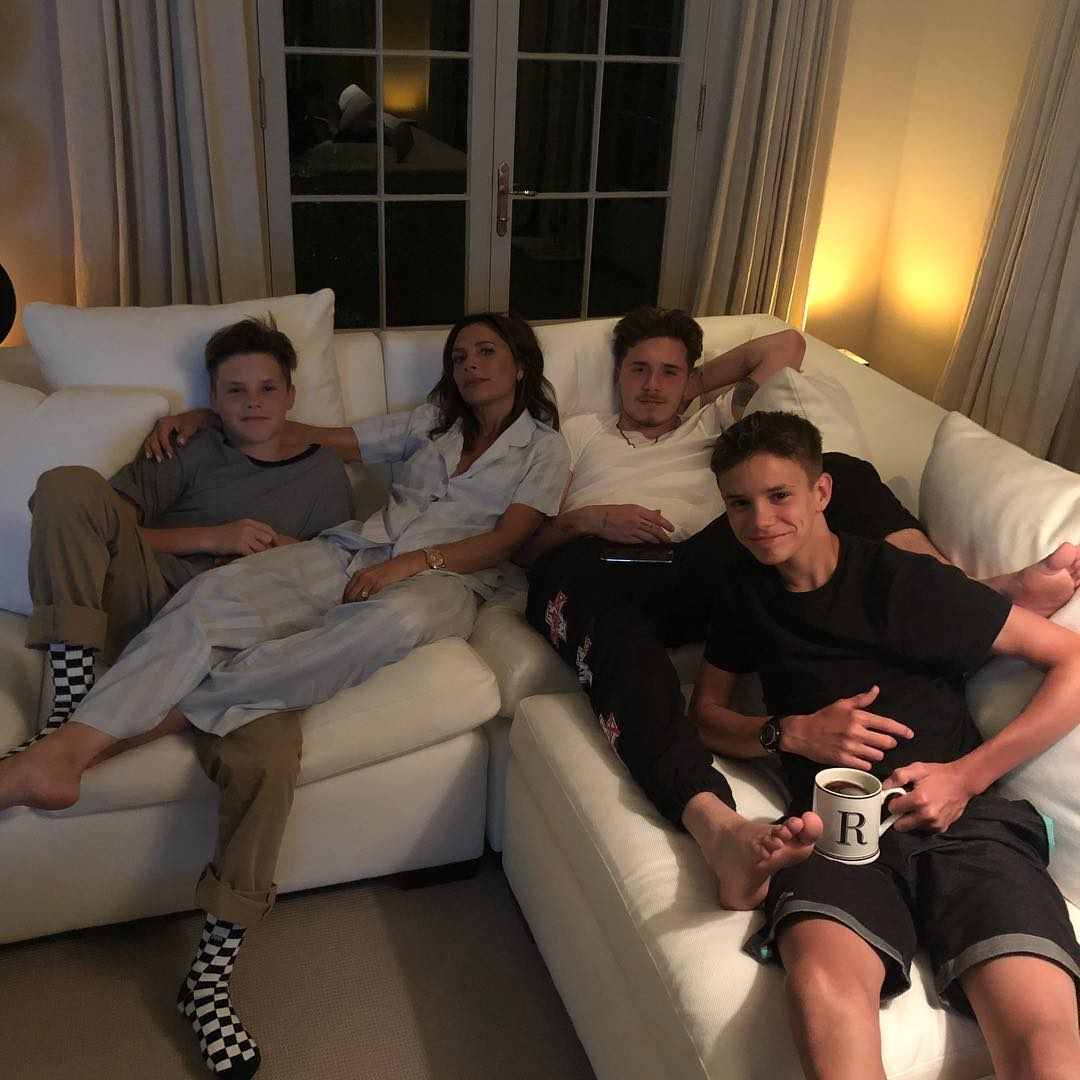 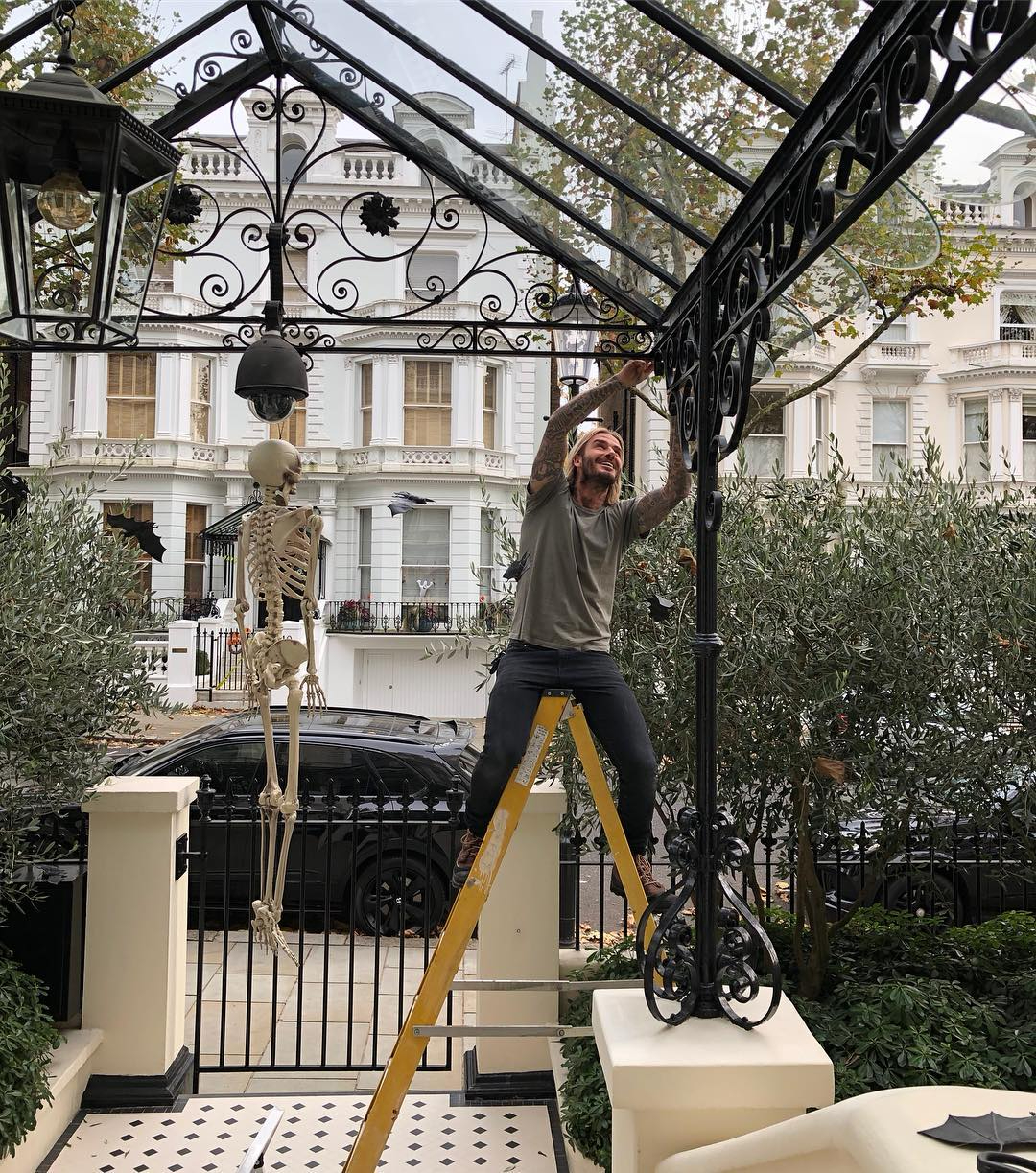