STACEY Solomon is enjoying a great British staycation on the coast of Cornwall alongside her fiance Joe Swash.

The 31-year-old, who is currently pregnant with her fourth child, headed to the seaside over the weekend after finding out she was expecting a girl and has been keeping fans up to date with her gorgeous looking break. 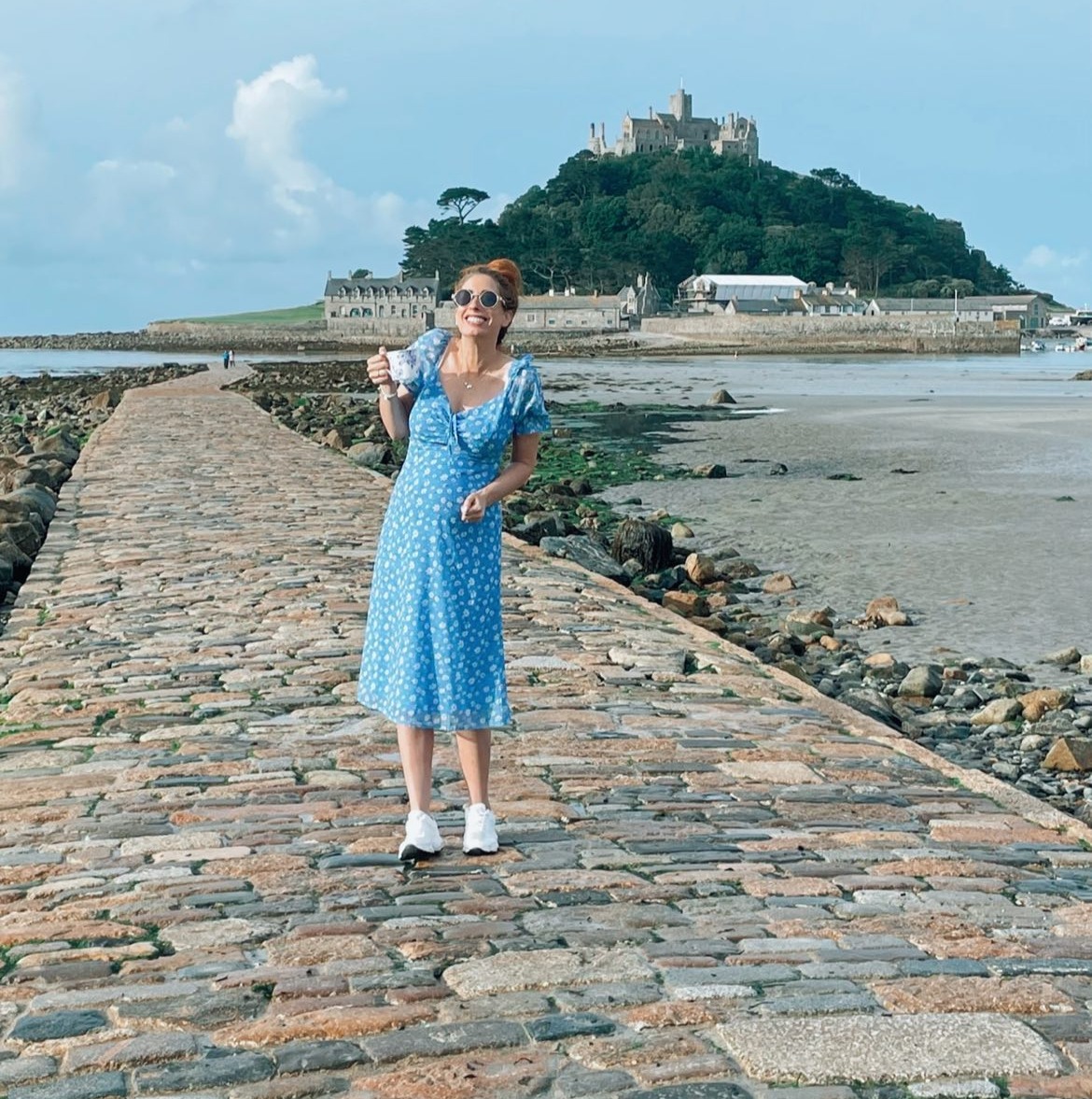 The couple, who are joined by their son Rex, have been exploring the area and yesterday were delighted to find a secluded beach.

Stacey told her followers:  "We found this little cove on the east coast near Penzance… we just drove along the coast found a little car park by a church and followed signs to the coastal walk."

She shared a picture of herself cradling her baby bump in a cream swimsuit as she posed for a picture next to a waterfall. 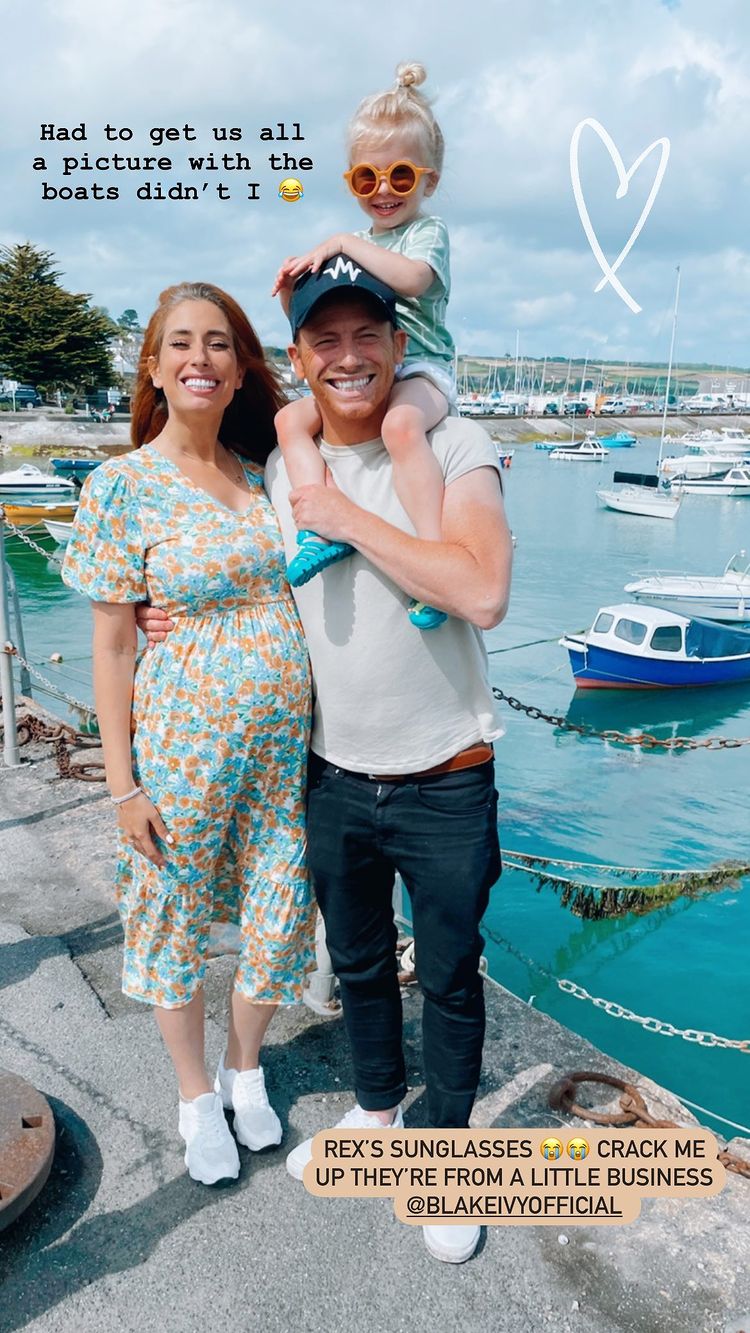 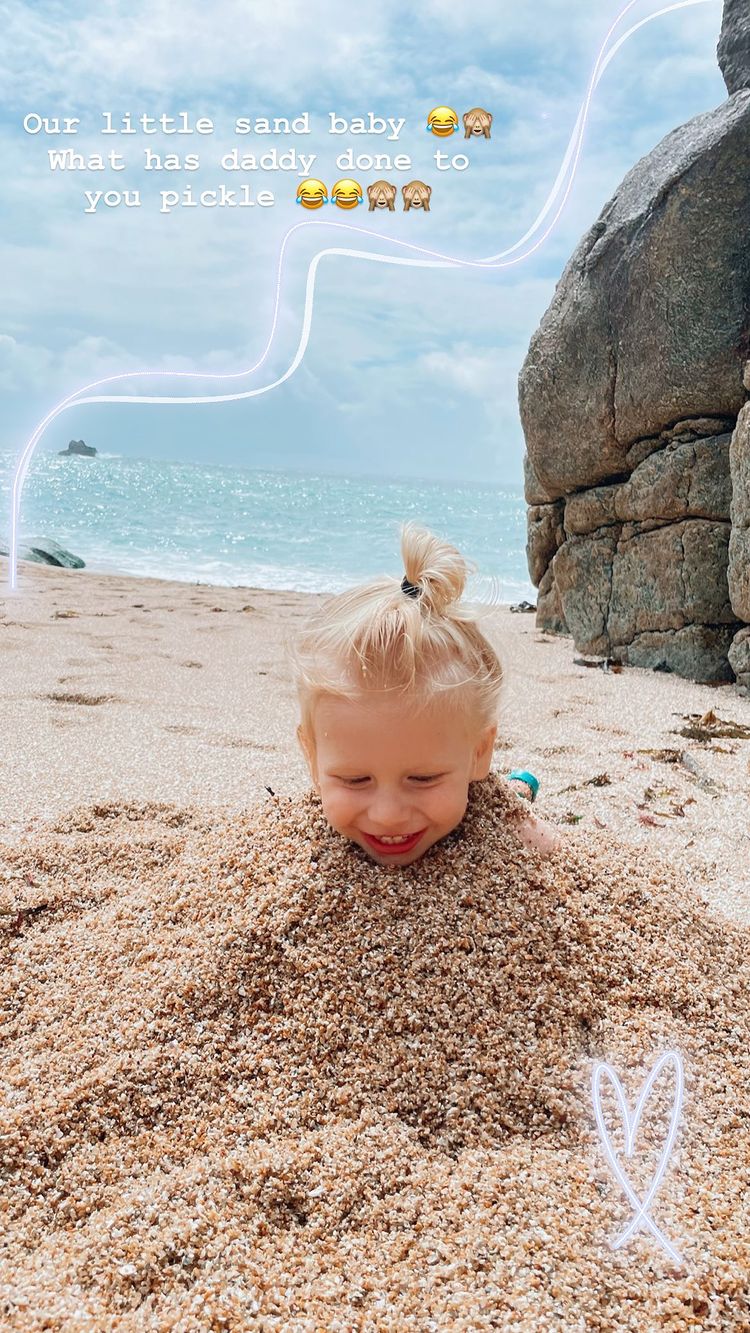 This morning Stacey was up bright and early to go and have a cup of tea on the beach.

The star said: “Joe and Rex are having a very late lie in so I’ve left them to sleep and come for a walk to St Michaels Mounts because so many of you said to come here.

“It’s so beautiful. I’ve brought my tea with me, because first tea of the day is the best one, but more important I want my tea pic.” 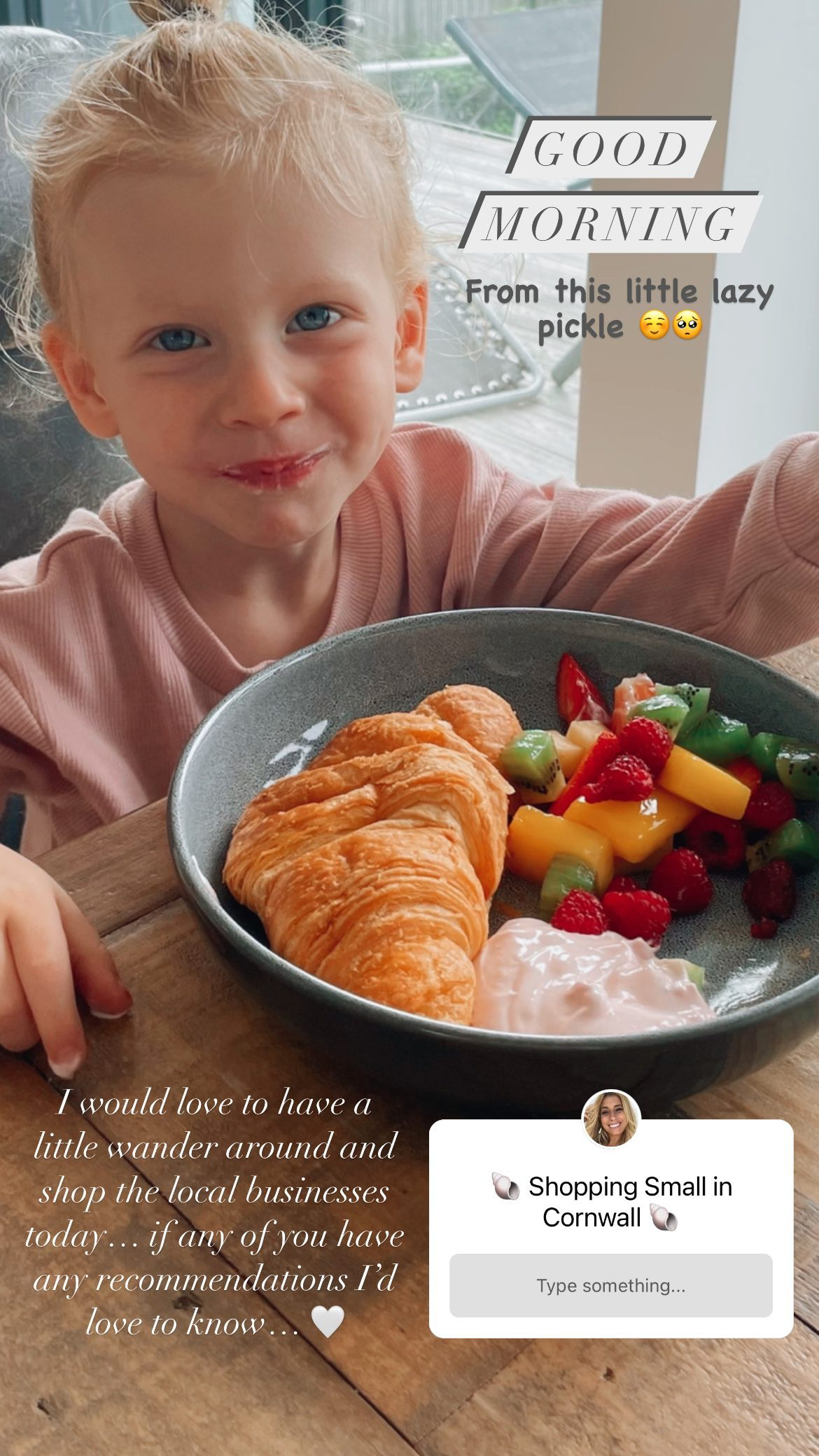 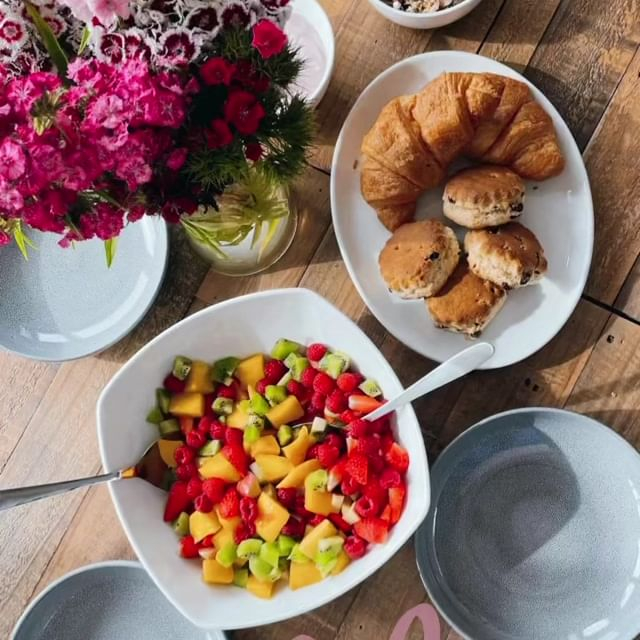 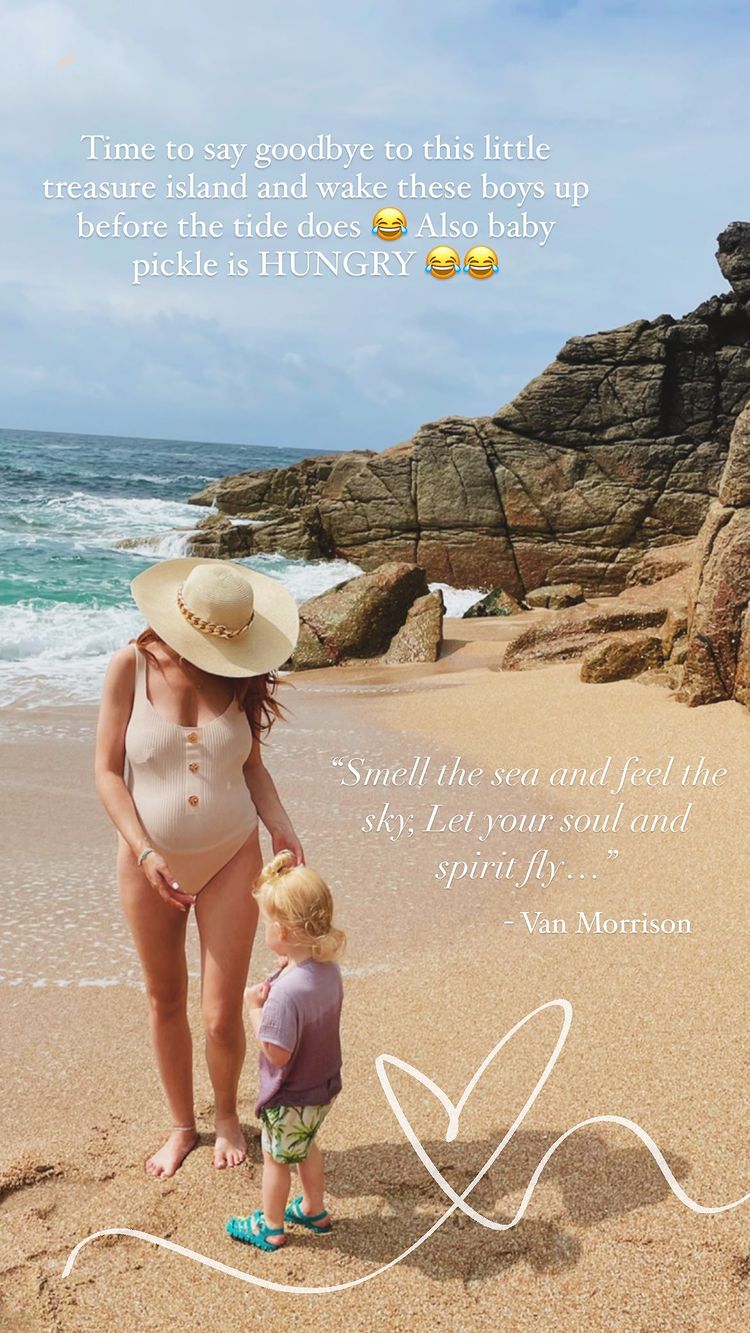 While she was there, Stacey asked someone to take a picture of her drinking her tea before stopping off at a bakery to pick up some delicious pastries for Joe and Rex.

After enjoying a lazy bunch, the trio headed to some local charity shops where Stacey admitted she ended up buying a fair bit, which Joe had to lug back.

Stacey and Joe headed off on their holidays after finding out she's expecting a baby girl. 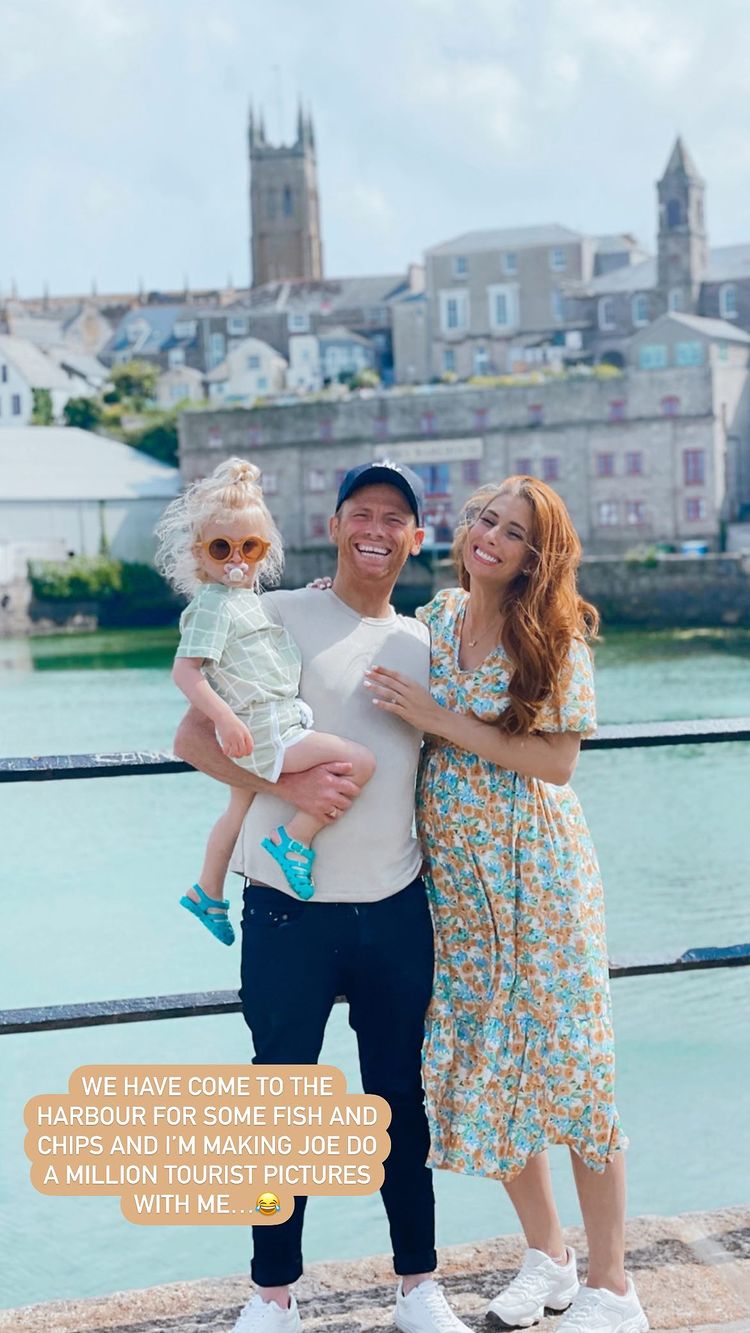 She said she can't wait to start planning her baby shower and nursery for her first daughter.

"I can not wait to go baby shopping and buy dresses," she told fans on Instagram.

"And make girly stuff for my baby shower."

Stacey shared a moodboard of baby pink images with green accents and roses as she revealed the aesthetic she's been dreaming of. 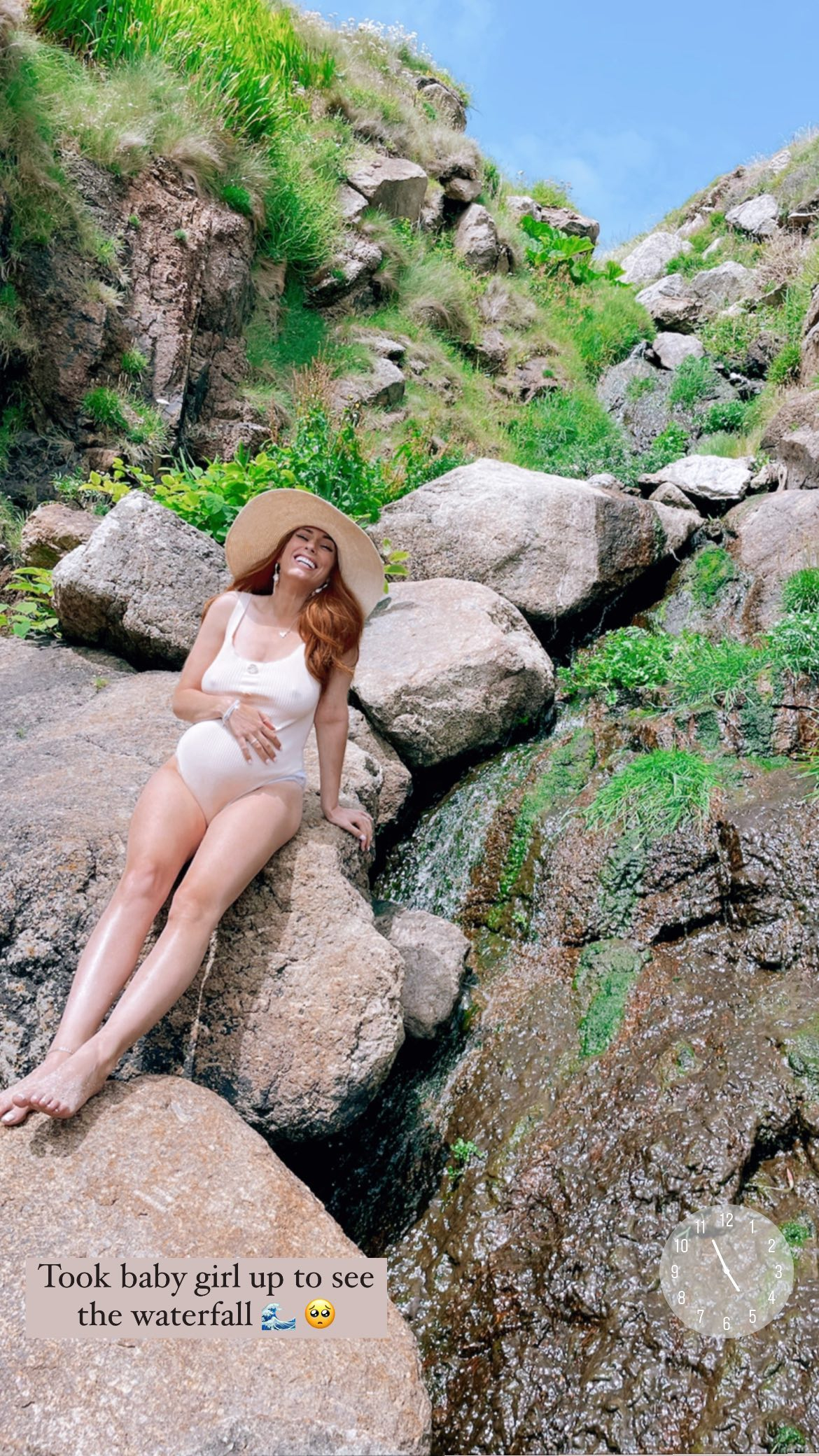 "And decorate a girl's bedroom," she continued.

"Honestly I can not even get my head around it! I'm so excited."

She is already mum to 13-year-old Zachary, and nine-year-old Leighton from previous relationships.