Tonight’s dumping on Love Island is so explosive that ITV2 has been forced to extend the episode for 15 minutes.

Two Islanders have been secretly dumped from the villa but the results are so dramatic that the show will now end at 10.15pm instead of the usual time of 10pm.

This means Shopping with Keith Lemon will be pushed back by 15 minutes.

It comes after host Caroline Flack arrived at the villa last night to deliver the bad news to the Islanders.

The two axed contestants are now being hidden in a safe house and viewers will find out their identity tonight.

Viewers have been voting for their favourite couple and the pair with the least amount of votes is at risk of being dumped.

If that wasn’t enough drama for one evening, tonight’s episode will also see show bosses tease the arrival of 12 Islanders and the return of second villa Casa Amor.

Elsewhere in the episode, Tommy Fury and Molly-Mae Hague are given the chance to leave the villa for the first time.

The couple – who appear to be going from strength to strength – head out on a date where they enjoy a spot of horse riding.

But while the loved-up duo have some precious alone time, the rest of the Islanders begin speculating about Tommy’s growing bond with Lucie.

Weighing in on the conversation, Curtis Pritchard reveals that Lucie admitted she would “never say never” to a romance with the professional boxer.

However, this leaves Danny Williams unimpressed as he says: “In my opinion, that’s disrespectful. Whether you feel it or not, keep that to yourself.” 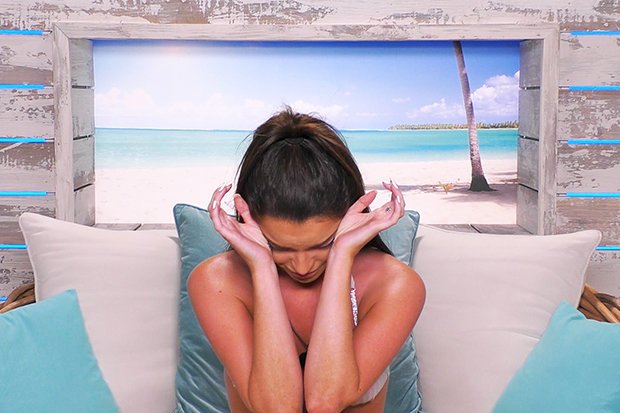 He adds: “I was under the impression that’s the only reason she was still here. Now after that comment, is she just waiting on the sidelines for something to go wrong?”

Last night’s show saw Molly-Mae tell Tommy that he needed to “set boundaries” within his friendship with Lucie as she was starting to feel a little uncomfortable about their close bond.

Tommy then pulled Lucie aside and reassured her that although he wants to continue being close pals, the duo need to be a little less touchy-feely.