Good Morning Britain returned for the first show of the week as Ben Shephard was joined by Kate Garraway to present live from the ITV studio.

Joining them on a live video link was politician Jacob Rees-Mogg, who was initially discussing his new initiative to tackle the housing crisis, but conversation quickly turned to a tweet the MP had published last week about England’s success at the Cricket World Cup.

The tweet in question read: “A d..n close run thing, we clearly don’t need Europe to win… #CricketWorldCupFinal,” and Shephard went onto explain how the team was multicultural, with the captain coming from Ireland.

“One other thing we want to talk about,” Shephard began. “The World Cup Cricket game, which you watched and enjoyed. You sent out this tweet. Do you feel misjudged about sending that tweet?”

Garraway added: “Did you realise the captain was Irish then?”

Rees-Mogg replied: “I think you’re over-analysing it. Of course I knew that [captain] Mr Morgan is an Irishman.”

“So you were being ironic? Were you being ironic?” Shephard probed. “Because clearly we did need Europe, because an Irishman was the captain!”

“He’s chosen to play for England, he therefore plays as an Englishman. He had a choice to play for Ireland and there’s a test match against Ireland coming up on Wednesday,” the Conservative politician added.

“So what did you mean ‘we didn’t need Europe’? Sorry to be dense but I don’t really understand!” Garraway continued.

Read More: ITV GMB: ‘You won’t ask me that’ Hun shuts down Shephard over leadership doubts 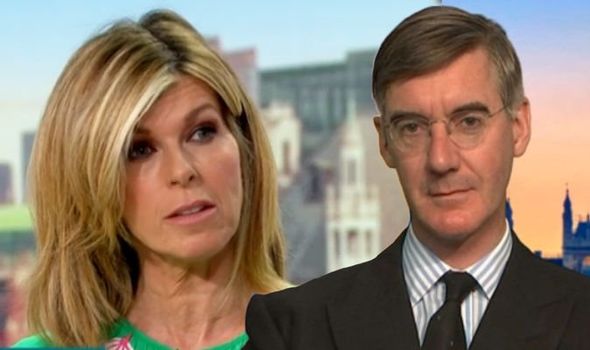 “Because you’re overanalysing this! This was a little joke,” Rees-Mogg said. “But I’m afraid the Left don’t find humour at all funny, ever. It’s just ridiculous, overanalysing a little quip!”

“I don’t think it’s just the left though,” Shephard argued. “I think everybody was quite surprised you would take a moment like that, of celebration for the country and turn it into a political statement.”

“Frankly I think you’re just being silly. I don’t think this is a point at all,” the guest continued slamming the hosts.

“Interesting stuff! We obviously always appreciate your honesty, Jacob Rees-Mogg it’s one of the reasons we enjoy interviewing you so much!” Shephard continued.

The interview then ended and the camera returned to the studio when Garraway remarked: “I’ve been called silly by many people, but you did it very charmingly! Thank you very much indeed!” 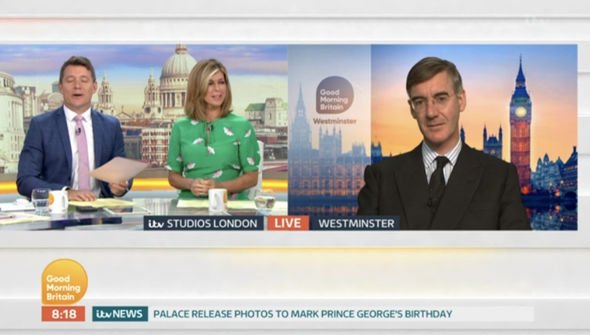 Rees-Mogg was also probed asked about joining Boris Johnson’s team should he become the next Prime Minister.

“I will do anything I can do to support Boris Johnson, he is the right choice for the country, if he wants me to do anything I will.”

Shepard then explained how a “place in the treasury” would be “perfect” for the MP with his “skill set”.

“Well, that’s very flattering,” Rees-Mogg said. “But the decision is for Boris not for me.”
Good Morning Britain airs weekdays at 6am on ITV.