Eamonn Holmes, 59, and Ruth Langsford, 59, were joined by Call The Midwife star Jenny Agutter, 66, to discuss the revolutionary drug to treat cystic fibrosis as her great-nephew Albie was diagnosed with the debilitating genetic condition when he was four weeks old.

Jenny was joined on This Morning by her niece and Albie’s mother Georgie as her family are calling for the government and US drugs firm Vertex, producers of drug Orkambi, to reach an agreement so the treatment can be made accessible in the UK.

Although the revolutionary treatment would help to slow the decline of lung function which is one of the frequent causes of death for people with cystic fibrosis, it would not cure the life-long condition.

After hearing about the revolutionary drug, ITV presenter Eamonn stipulated the government had a “moral obligation” to ensure the treatment was made available on the NHS so people with cystic fibrosis have an opportunity to prolong their life.

Dr Ranj Singh, 40, was also on hand to explain the intricacies of the drug’s use and how much the treatment would cost as there is currently an offer on the table to make Orkambi accessible to people with cystic fibrosis.

“One of the offers which has been made is £500million over five years for access to Orkambi and other drugs and the pharmaceutical company has said that’s not enough because obviously, it costs a lot to develop these, to produce and to supply these medications,” Ranj said.

Offering perceptive on the cost and why the government was considering its options, Ranj explained of the cost other countries are dealing with: “Currently, it costs about £104,000 a year per patient to treat them with Orkambi.

“You’ve got to weigh it up against and I hate comparing conditions because it’s not fair but you have to justify the cost,” Ranj added.

Hearing the costs stapled to the revolutionary drug, Eamonn said: “There’s things we expect of the NHS which are not life limiting.” 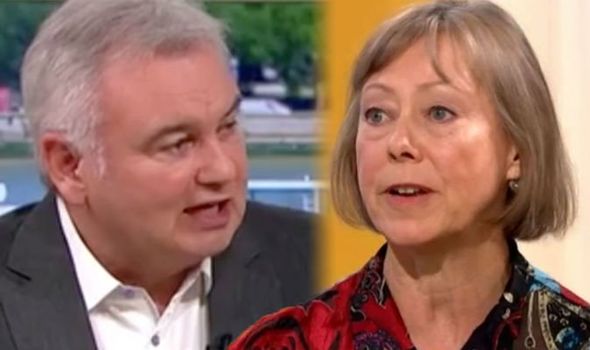 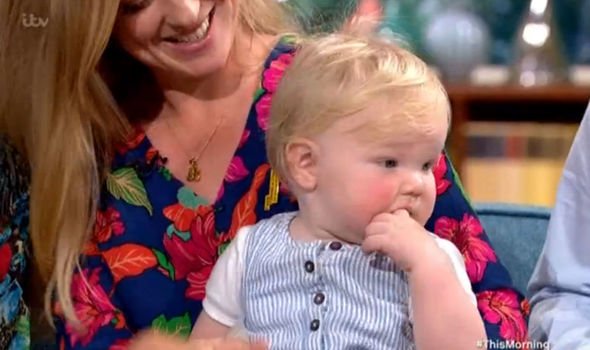 There is a moral obligation to provide this

The presenter commented: “This is [cystic fibrosis] life limiting and this medicine is available in 13 other countries. They’ve found the money to provide it within their services.”

Taking aim at the government, Eamonn continued: “We’re always keen to paint the drugs companies as the bad guys in this, I’m not against that but what I’m saying is, it’s the same as the argument with the BBC.”

In reference to the backlash the government has received after allowing the BBC to decide to cut free licence fees for over 75’s, Eamonn said: “This is austerity from the government.

“They make a decision and they say,’We’re not paying for this anymore, you can charge anybody over 75 their BBC television licence.’

“Again, it is the same sort of thing. Surely there is a moral obligation if this cure exists to provide this,” Eamonn asked, to which Jenny added: “That certainly feels like the point of view of our family, I must say.” 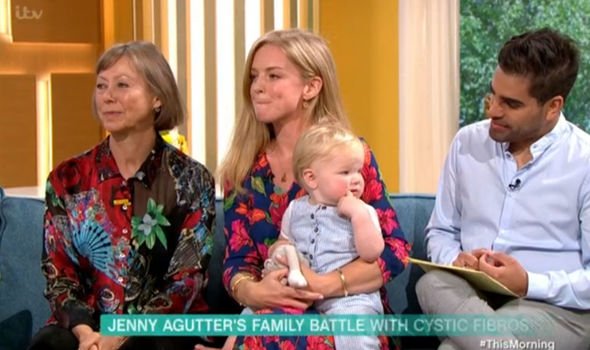 Ranj did make it clear Orkambi was not a cure for cystic fibrosis as well as stipulating the drug only slows the condition down and can only be suitable for some people.

“When it’s so expensive and only works in some and may not work in others, we have to be very, very careful where we put our money,” Ranj opined, to which Jenny added: “But drug prices do come down eventually and also the development is important.

“They are able to continue to develop drugs and in the future, we will have a cure,” the actress said as there is no current cure for the debilitating condition.

Ending the interview, Jenny told the presenters she wants to keep “Pushing the government to get behind and say let’s do this now rather than later because it will happen but if we do it now, we will save many more lives.”

Although Orkambi is the first treatment to slow down the decline of lung function, there are a number of treatments already available on the NHS including control of diet and lung transplants.

This Morning airs weekdays at 10.30am on ITV.