James Bond fans will know the Superman star once auditioned to be the next 007 after Pierce Brosnan bowed out in 2002’s Die Another Day. Of course, in the end, the then 22-year-old lost out to Daniel Craig for the lead in Casino Royale. But now Henry Cavill has revealed he was fat-shamed by director Martin Campbell – who favoured him for the role – during the Bond audition process.

Speaking with Men’s Health, the now 36-year-old star revealed that for the screen-test he had to reenact a Sean Connery scene where he walks out of a bathroom wrapped in a towel.

He said: “I probably could have prepared better.

“I remember the director, Martin Campbell, saying, ‘Looking a little chubby there, Henry’.

Nevertheless, Cavill took the comment in his stride, which ended up inspiring him to get his Superman physique. 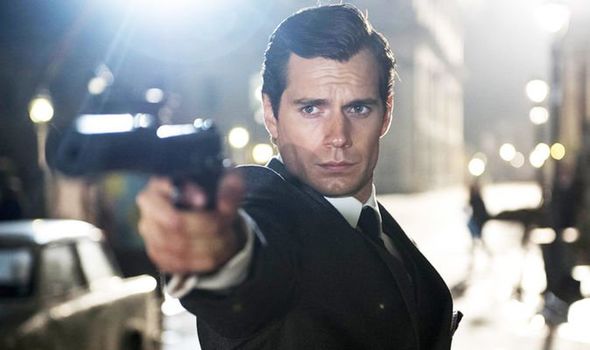 The actor added: “I didn’t know how to train or diet and I’m glad Martin said something because I respond well to truth.

“It helps me get better.”

On losing out on Bond to Craig and a lead role in Twilight, Cavill said: “I wasn’t ecstatic about not getting these things.

“But I was so used to disappointment from the acting business, and also from boarding school. ‘No, you’re not good enough’—that wasn’t anything new to me.’”

On his childhood struggles, Cavill said: “I was a chubby kid.

“I could’ve very well gone down the route of just accepting my lot in life and being like, ‘I guess I’m not going to do anything.’

“It actually helped me survive, even the kids who were nasty to me at times and took pleasure in squashing me – when I finished a play, they’d say, ‘Wow, you’re really good’, and I was like, ‘Okay, this is where I draw my strength from’.”

Cavill is now pretty much the age Craig was when he starred in Casino Royale, and the Superman actor would still be up for playing Bond.

Last year he told Yahoo Movies: “I would love to do it of course.

“I think Bond would be a really fun role. It’s British, it’s cool.

“I think that now that I have my Mission: Impossible badge we can do real stunts and really amp it up as well.

“Not to say they weren’t doing real stunts I’m just saying it would be fun for me to actually take what I’ve learnt on this and carry it through to a movie like Bond.”

“So yes, I would love the opportunity and if they were to ask I would say ‘yes.’”

The star’s current best odds to be the next James Bond are 12-1.

And considering how previous Bond stars like Pierce Brosnan missed out on the role (he was contracted to a TV show) during their first round of auditions, perhaps Cavill is in with a better shot next time around.