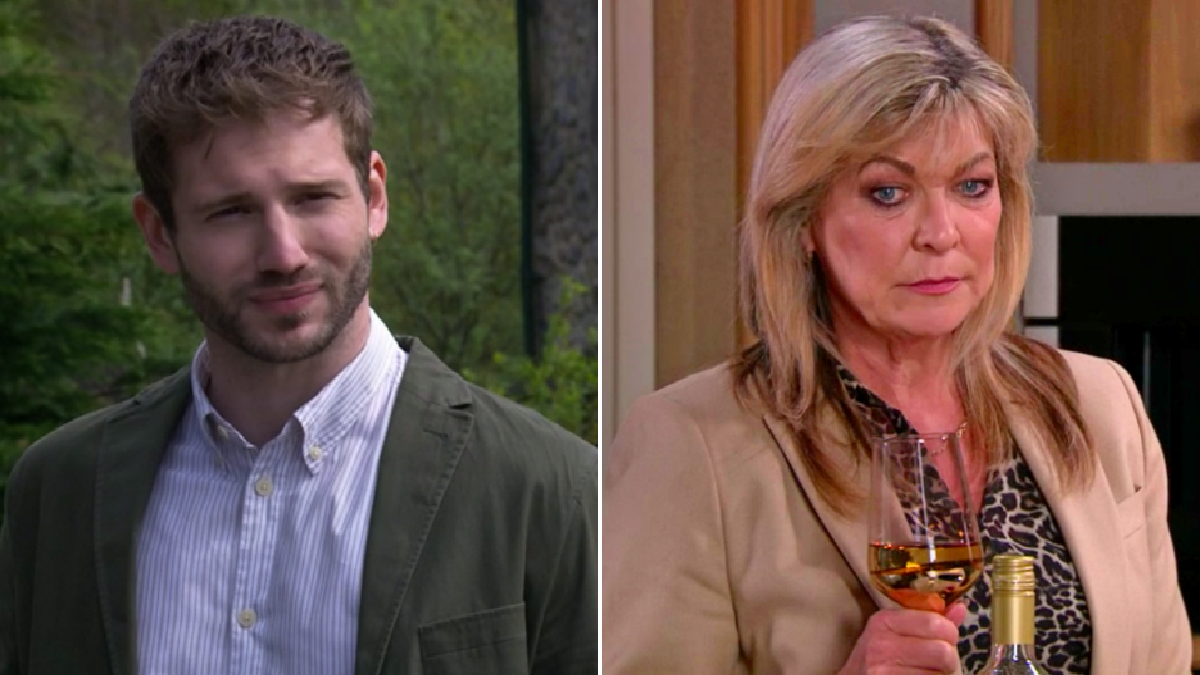 After several months of speculation regarding who it is that’s poisoning Emmerdale icon Kim (Claire King), the ITV soap confirmed tonight (June 21) that her own son Jamie (Alexander Lincoln) is the culprit.

Did not see that one coming!

Tonight’s edition of the serial drama saw Jamie go out of his way to secure ‘evidence’ on Will Taylor (Dean Andrews), in the hopes of making Kim believe that that her lover has been drugging her.

In retrospect, it’s clear that he was simply out to cover his own tracks, and gain some respect from his mum in the process.

Having discovered from Noah Dingle (Jack Downham) that Will has diazepam in his toolbox, the Home Farm heir wasted little time in devising a shady plan.

He got the proof he was after in the form of a photo of the diazepam, which he snapped on his phone, and later showed to Kim.

Kim was speechless, struggling to believe that Will was capable of such a thing. Jamie, however, ordered her to open her eyes and see her beau for who he truly is.

Desperate for answers, Kim tracked down Will and asked him outright what he needed the diazepam for.

Will, nervous and somewhat embarrassed, claimed that the pills were for his back, before ultimately admitting that they were for his anxiety.

Kim remained conflicted, but after another word from Jamie in her ear, the legend revealed that, in spite of what Will said, she doesn’t believe him.

After shedding a tear, she told Jamie that ‘no one’ tries to take her down, and therefore Will will pay a heft price when she sets her plans in motion.

And it was here that the ITV soap turned the narrative on its head with a huge twist, as the closing scene confirmed that Jamie is, in fact, the mystery poisoner.

Jamie was enjoying a drink with Dawn (Olivia Bromley) at the Woolpack when Paddy (Dominic Brunt) popped by for a chat.

The subject of this chat? Why, the medication that Jamie has allegedly been administering to Kim’s horse, Freya, of course!

‘It’s about the drugs you’ve been giving your mum’s horse,’ said Paddy, ‘I opened the cabinet this morning and there’s only one box left.’

Jamie, evidently taken aback, covered well, claiming that he knows what he’s doing. However, he ultimately revealed that he would no longer need such drugs.

‘After today, I won’t be using them anymore,’ the young man said, ‘It’s worked well. Admittedly, it’s taken longer than I thought, but the diazepam has done the trick.’ 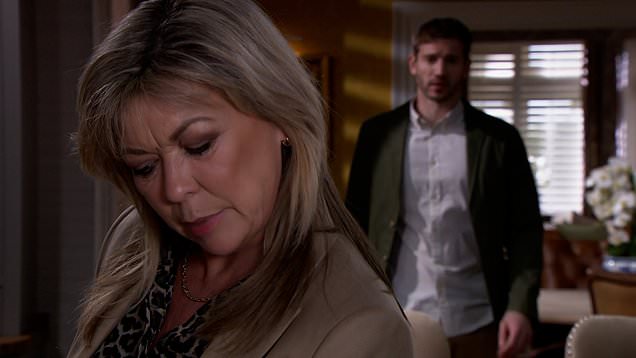 Jamie grinned, his mission accomplished, as the credits rolled.

Props to Alex Lincoln, who’s played a blinder throughout this story. He had us fooled!

The young man is evidently out to get what he feels is rightfully his and, with Kim having agreed to sign over all her shares to him when the time comes, it appears as if he’s got what he wanted.

Now, it’s all about covering his tracks, and he’s set to pin the blame for his crimes on his girlfriend’s dad!

Will Jamie succeed? Or will it all go horribly wrong?

Emmerdale continues Wednesday June 23 at 8pm on ITV. Alternatively, all of this week’s episodes are now available to stream on ITV Hub due to scheduling disruptions caused by Euro 2020.