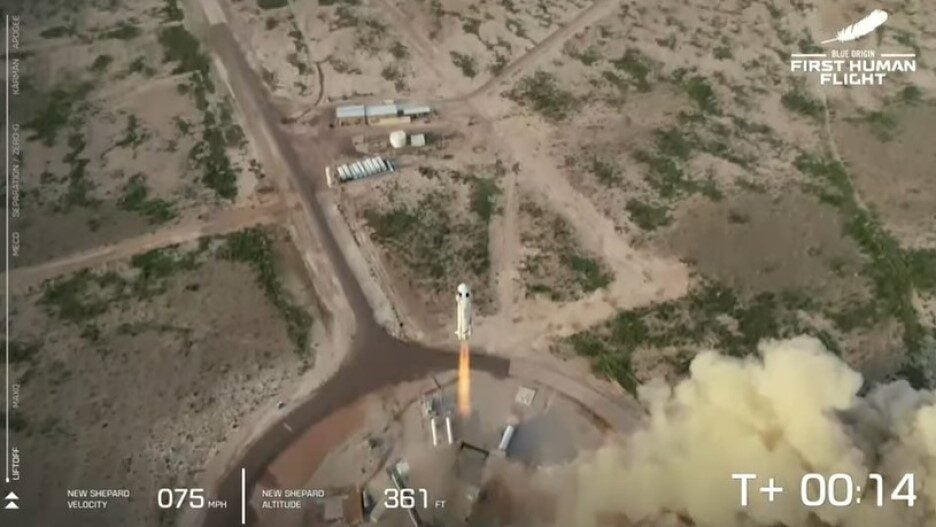 The New Shepard spacecraft carrying Jeff Bezos and three other passengers successfully completed its space flight Tuesday morning. Over 600,000 viewers watched the live stream of the launch on YouTube.

The spacecraft took off without a hitch shortly after 9 AM ET from Blue Origin’s Launch Site One in West Texas Tuesday. After 7 minutes, the crew capsule separated from the booster rocket. “You have a very happy crew up here,” one of the astronauts was heard saying in space, with others cheering in the background.

It safely landed on the ground a few minutes later.

The launch made history with both the youngest person and oldest person ever to go to space. Funk, who made history by becoming first female flight instructor at a U.S. military base, would have become the oldest astronaut, beating late U.S. Senator and astronaut John Glenn’s record. Daemon, who replaced the anonymous Blue Origin auction winner, would have become the youngest person ever to go into space.

The former Amazon CEO founded Blue Origin in 2020 and has been funding Blue Origin by selling $1 billion worth of his Amazon stock each year.

The New Shepard rocket has previously flown 15 times successfully, but today’s launch marked the attempted first trip with humans aboard.

Bezos announced the flight earlier this May, where he also announced that his brother would join him.

Shortly following his announcement, Richard Branson, the English business magnate behind the Virgin Group, announced on Twitter that he plans to join Virgin Galactic’s upcoming test flight as a Mission Specialist.

Branson’s successful June 11 flight made him the first person to ride into space aboard a rocket he helped fund.

You can watch the live feed of the New Shepard flight below: