On Sunday night, former Teen Mom 2 star Jenelle Evans decided to open up for questions on Instagram. Her followers had to chance to ask her anything about her life, her current situation as she got her children back last week, and what she’s planning on doing with Jace.

One person asked her about her children, and how she was doing after her kids returned home. Jenelle revealed that everyone was happy about the judge’s decision, but she also revealed that she has plans of pursuing Jace next.

Her mother has legal custody of Jace, so the situation is different from the CPS drama that has played out in the courts and in the media over the past few months. 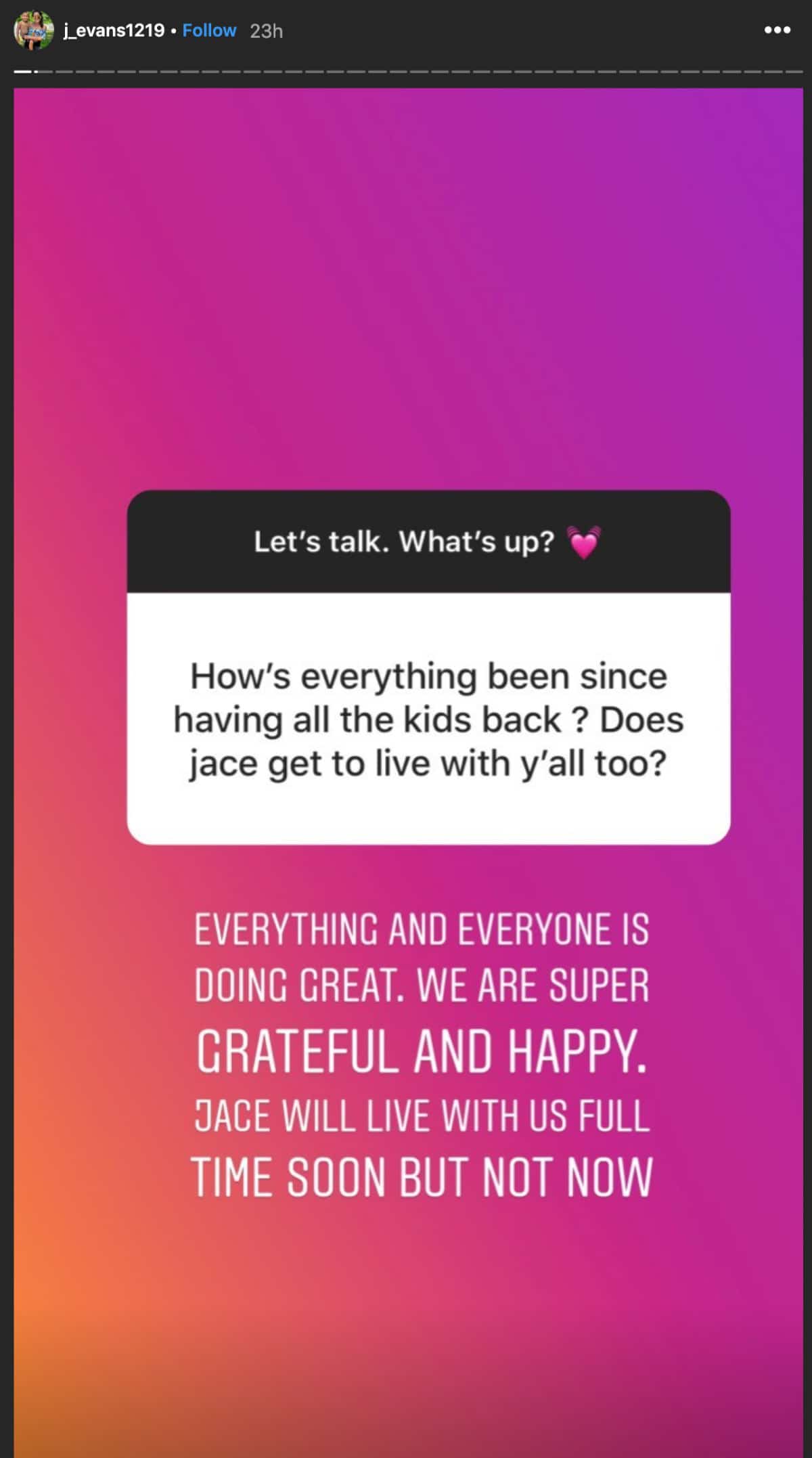 It appears that Jenelle is confident that her son Jace will come to live with her full-time, even though it won’t happen soon.

Jenelle and Nathan haven’t been open about their current custody issues, but Jenelle revealed that Nathan is currently getting supervised visitation, not just shared custody. She didn’t open up about the situation but simply said that there was a reason as to why he has supervised visitation. 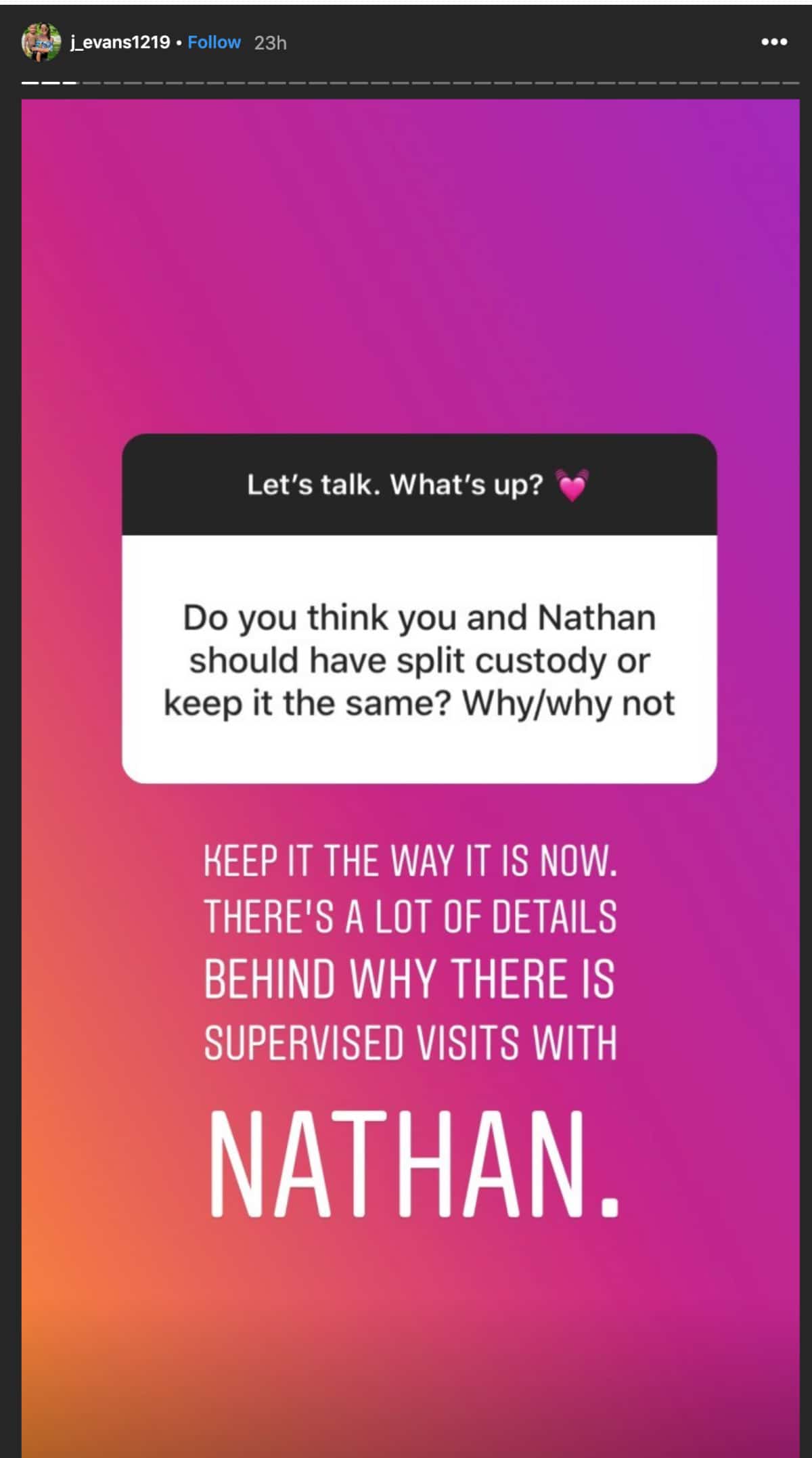 Jenelle also revealed that while Kaiser was placed with Nathan’s family when he was removed from Jenelle, he would actually be in contempt of court if Kaiser simply lived with Nathan by himself. Again, Evans pointed out that there are so many details about what is going on behind the scenes that people don’t know. 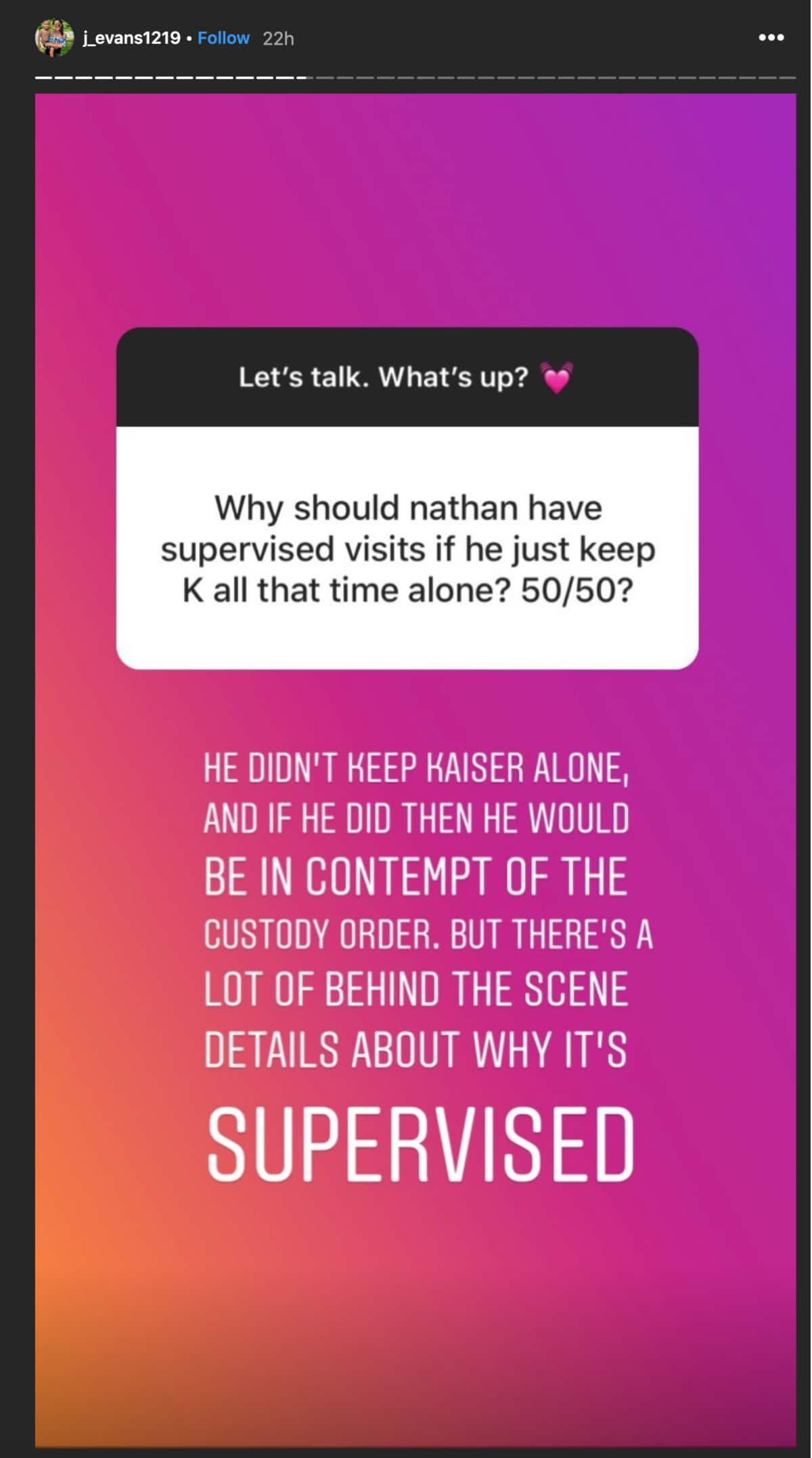 After a judge ruled for Jenelle to have the kids back, Nathan shared a link with his fans where they could share their thoughts about the children going back to Jenelle and David. Jenelle explained that, while she doesn’t know the legal implications of him sharing the link, she thought it was immature of him. 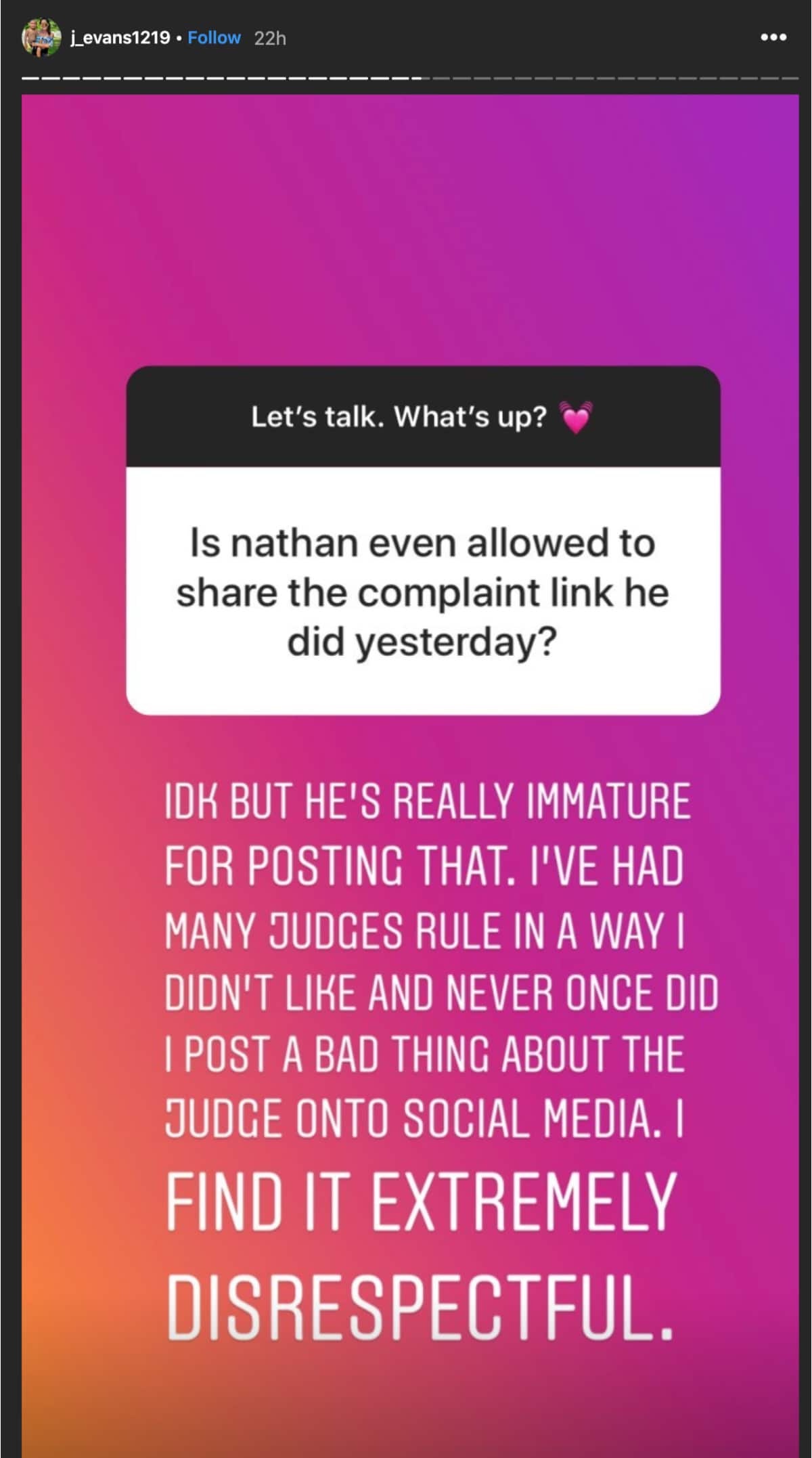 While Nathan enjoyed the time he had with his son, it sounds like he will have an uphill battle when it comes to getting shared custody if things are as bad as Jenelle hints they are.

Teen Mom 2 is currently on hiatus.