JEREMY Clarkson left a Who Wants To Be A Millionaire contestant stunned as he snapped 'you should have researched me'.

The quiz show host was not impressed to be asked whether he might know that answer to a military-themed question. 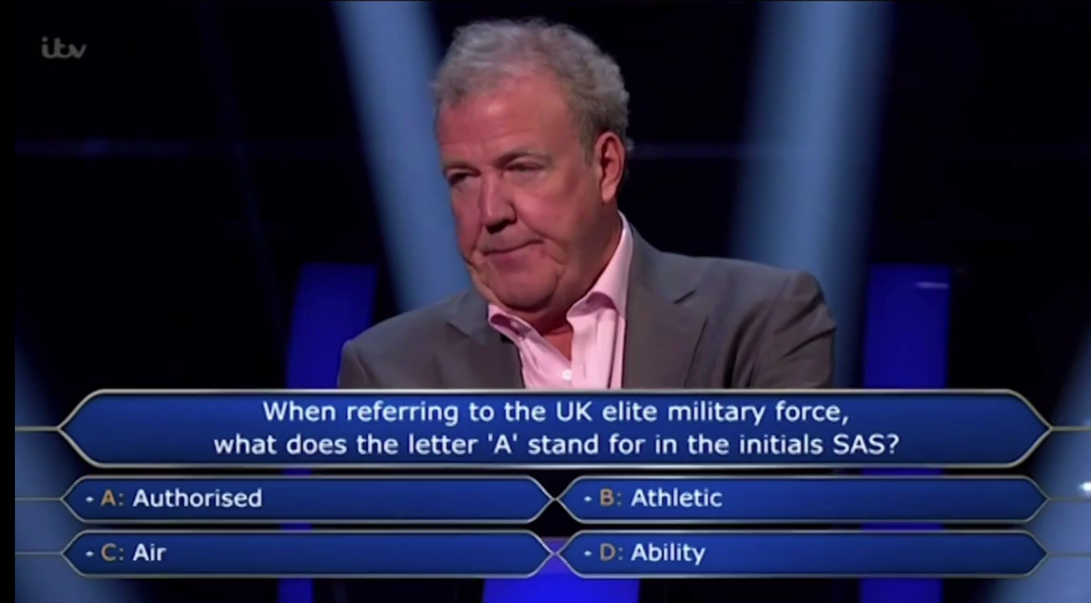 As well as being an obvious car fan, the Grand Tour presenter is also a military enthusiast.

His quip came as Jodie Cooke struggled with the answer to 'When referring to the UK elite military force, what does the letter “A” stand for in the initials SAS?'

The four options she was given were – authorised, athletic, air and ability.

Jeremy at first kept silent as she mulled over the options, before deciding to use Phone A Friend and call her step-dad Kevin.

As time ticked away, Jodie clarified: "No it’s either air or ability." 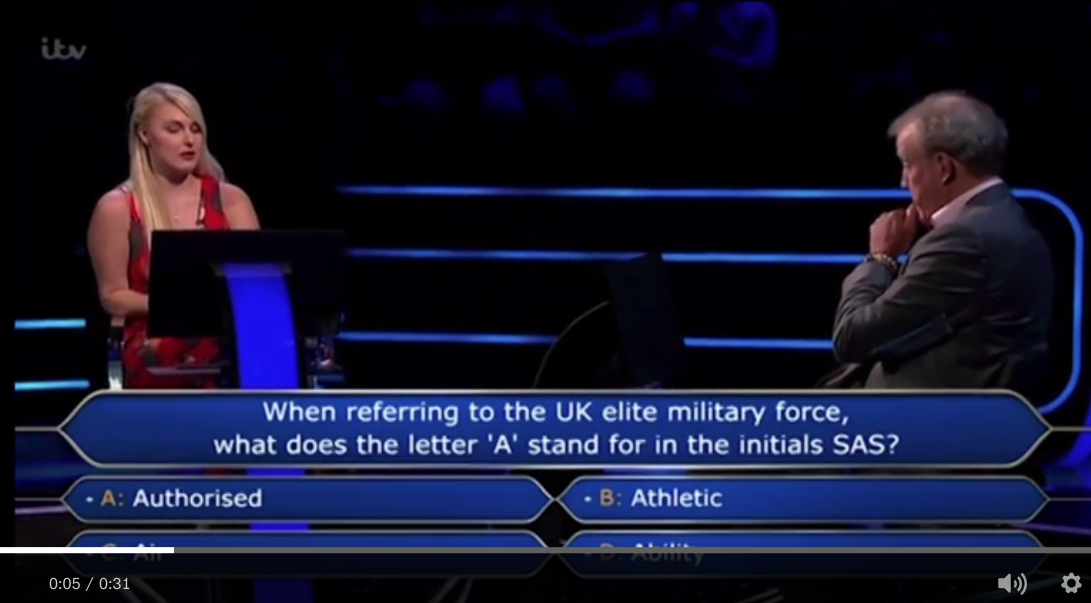 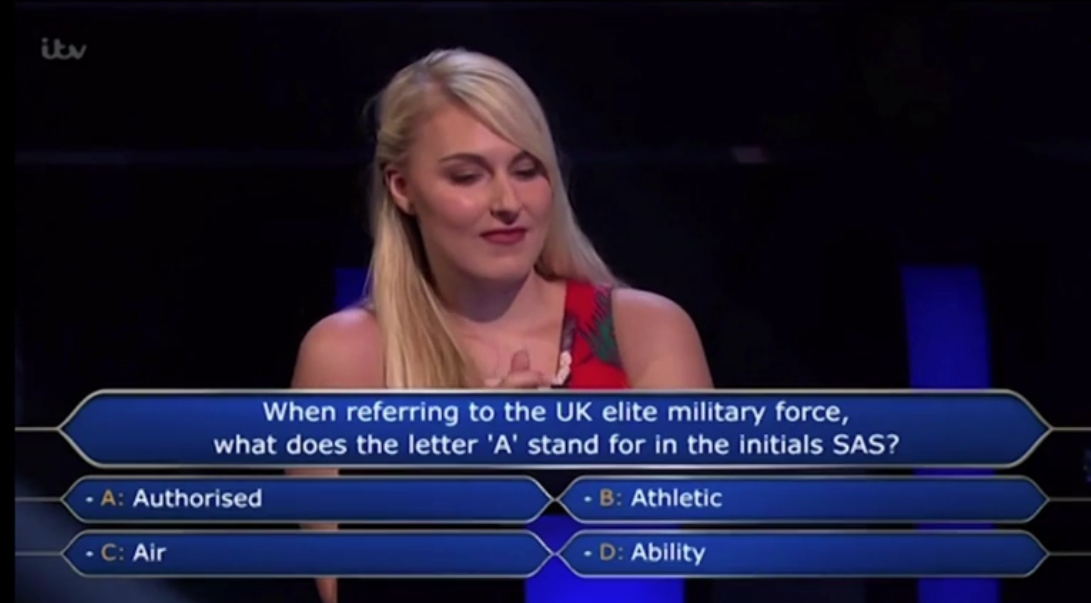 To which Kevin said: "Air".

Still not confident enough to log in an answer, Jodie finally decided to ask Jeremy for assistance.

"You're asking me?" said Jeremy.

He went on to add bluntly: "Right, here’s what I think. I think you should have spent some time researching me before you came out.

"I’ve presented, what, four military history documentaries…You didn’t know that did you?"

As Jodie admitted she was clueless, Jeremy went on: "It’s air. 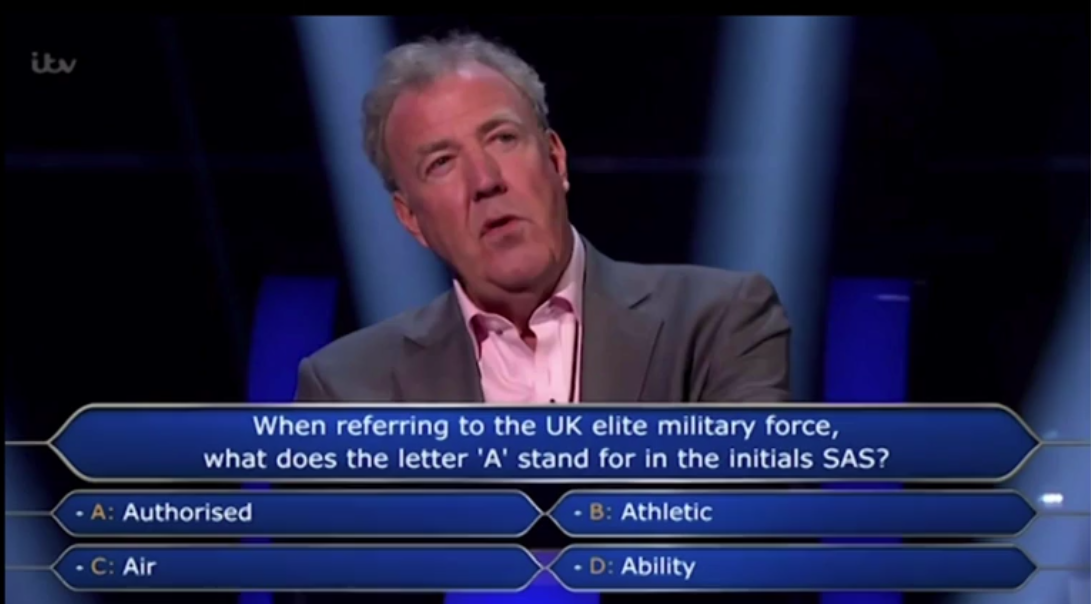 Jodie then went on to pocket £4,000 before leaving the game.

But not before Jeremy smirked: "You’ve done really badly, but you’ve done four times better than anyone else."

The host was referring to the previous two players who had only pocketed £1,000.